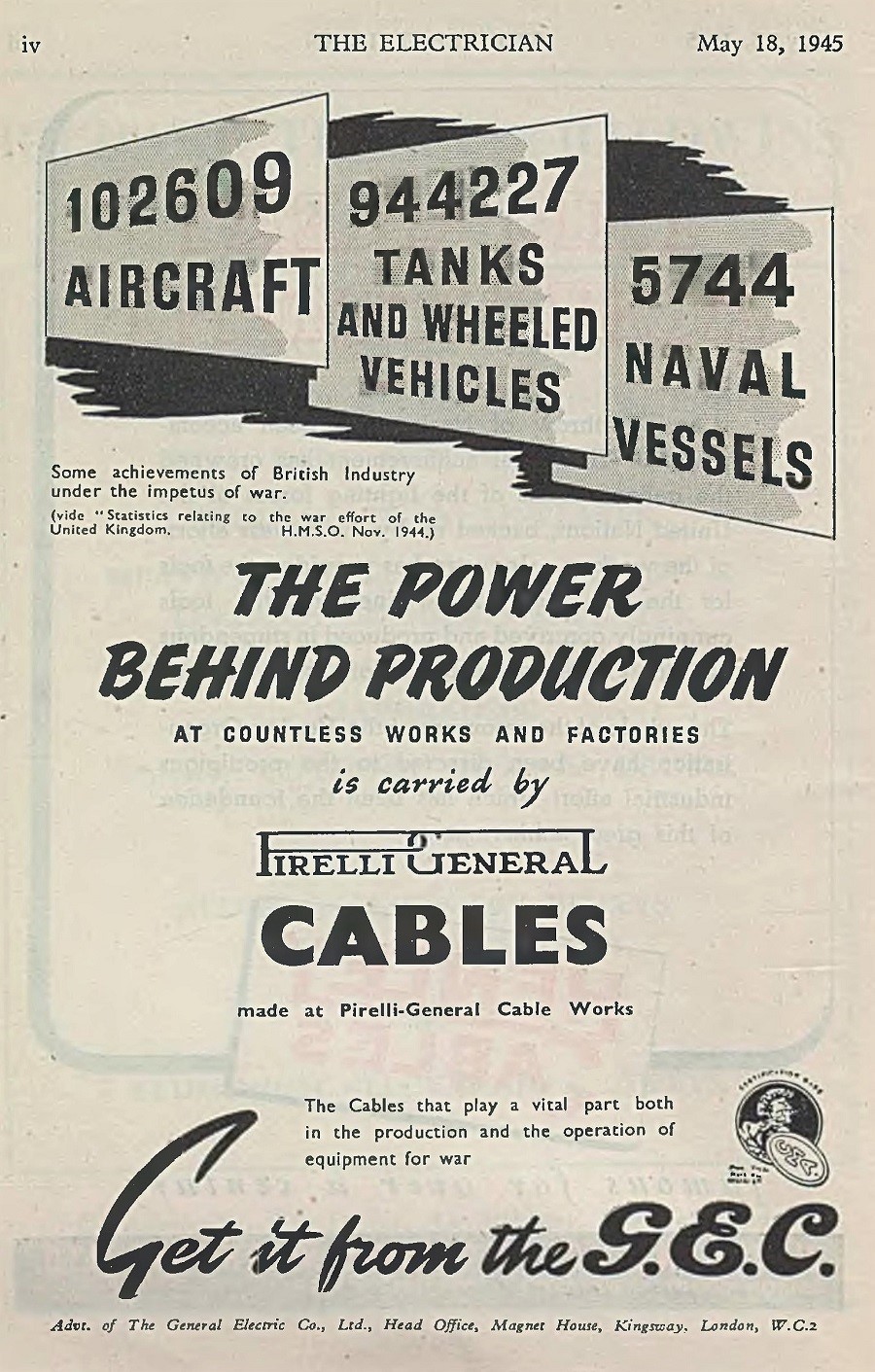 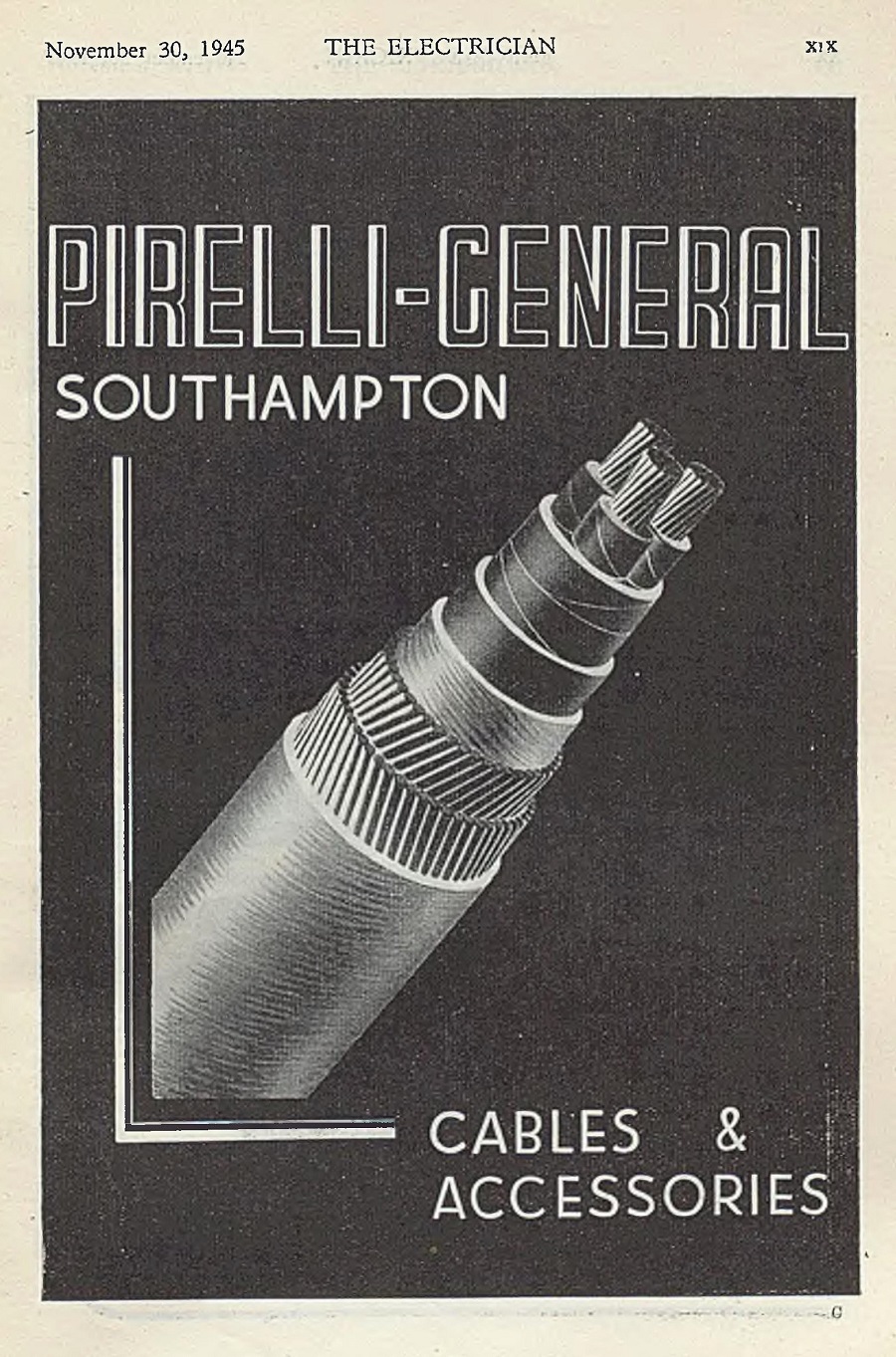 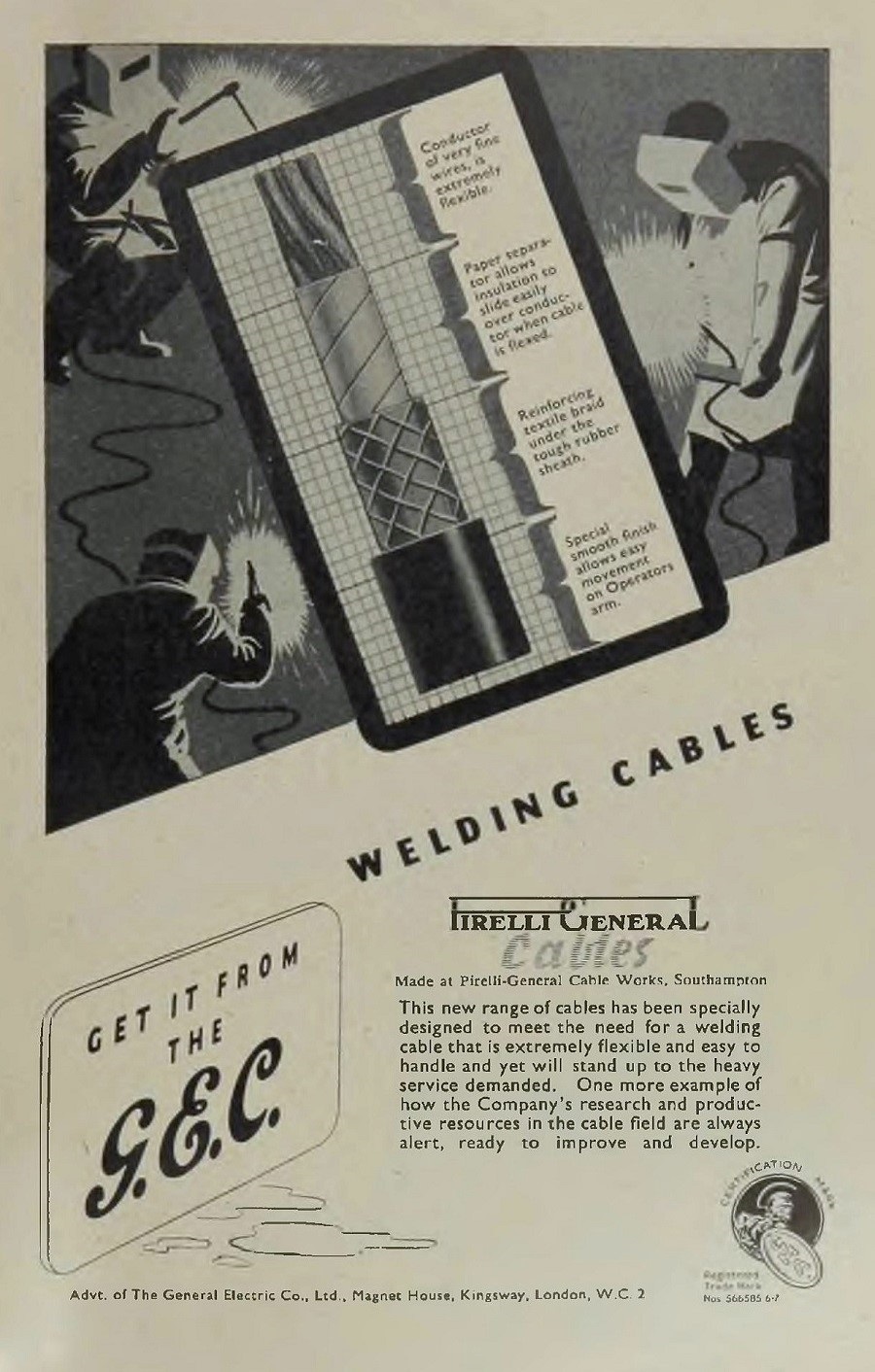 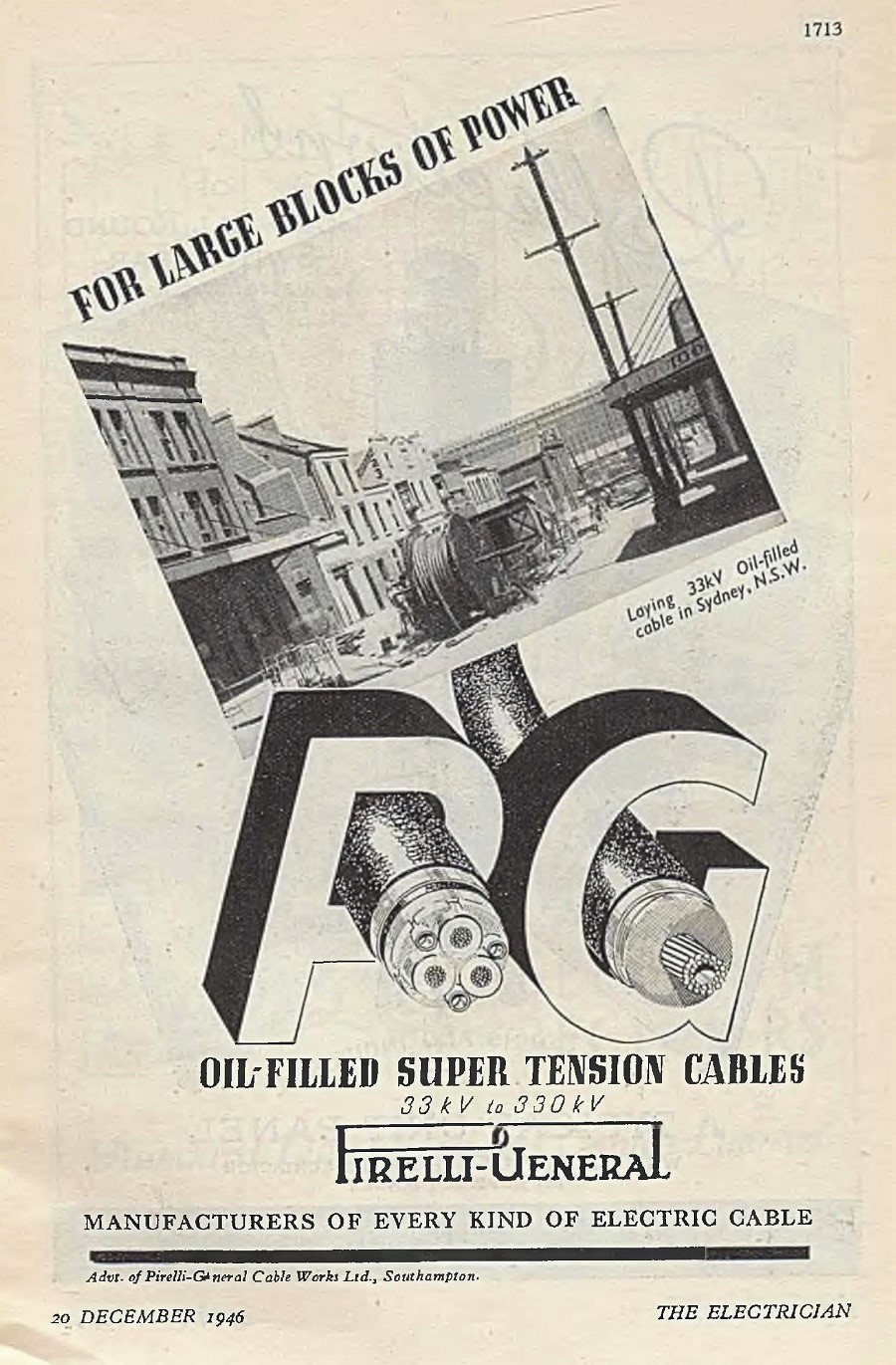 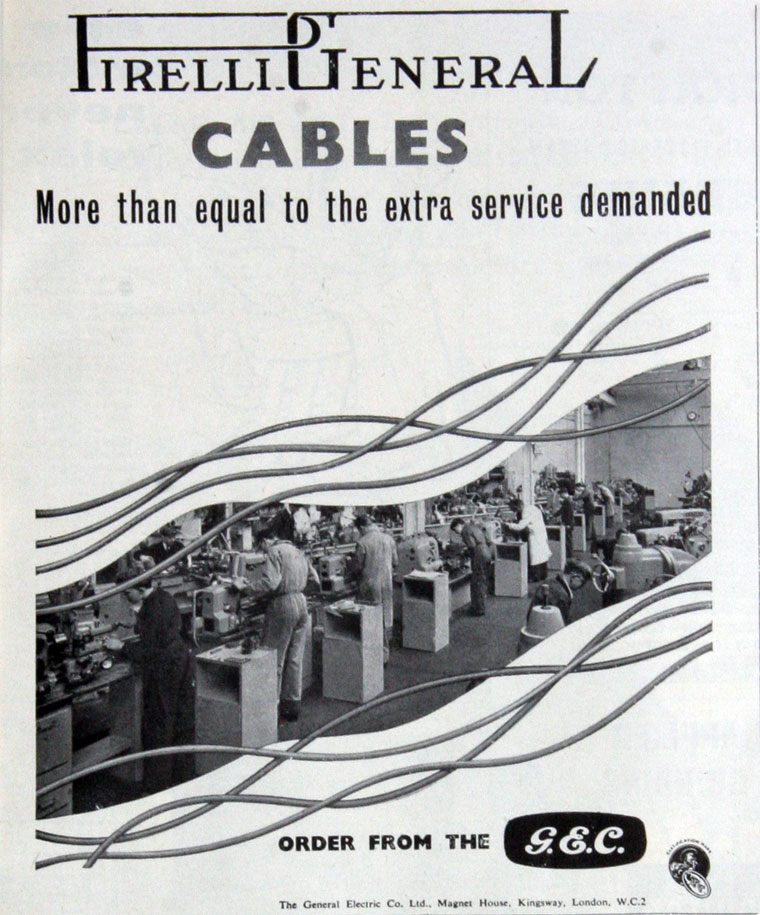 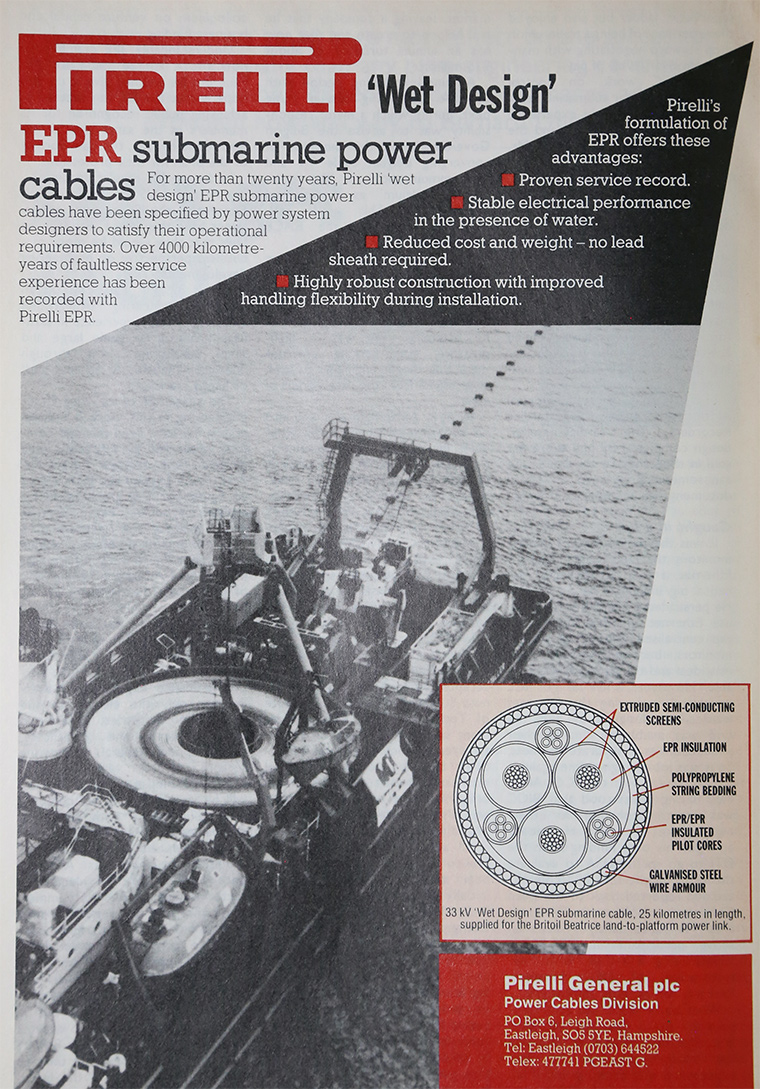 1914 Public company. Pirelli-General was formed as a company held in equal shares by Pirelli, an Italian limited partnership, and GEC.

1936 Development of co-axial cable by Pirelli-General would allow, in principle, up to 200 conversations on one circuit.

1937 Advert in British Industries Fair Catalogue as Maker of C. M. A. (Cable Makers' Association) Cables. Manufacturers of Electric Wires and Cables for all purposes.(Electricity: Industrial and Domestic).

1962 GEC's 50 per cent shareholding in Pirelli-General continued until 1962, when Pirelli acquired most of the shares owned by GEC, following a major reorganisation within that company.

1969 Pirelli-General Cable Works and Enfield-Standard Power Cables would set up a joint company to rationalise production, under the stimulus of the Industrial Reorganisation Corporation. Pirelli had a modern plant at Eastleigh[2]