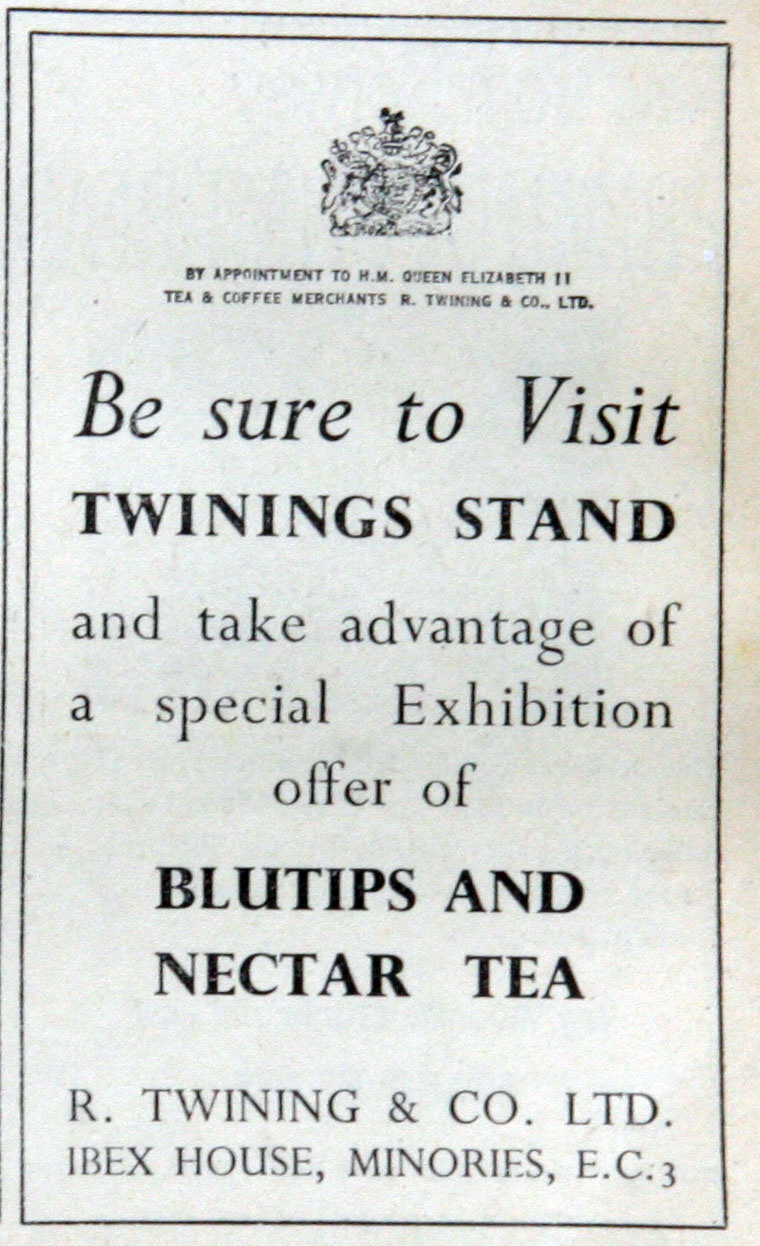 of Strand, and Mincing Lane, London

1787 The company created its logo, thought to be the world's oldest commercial logo that has been in continuous use since its inception.

1904 Incorporated as a Company

1914 Purveyors to most of the leading hotels and railways in the United Kingdom.

1916 Formation of Twining, Crosfield and Co Limited, acquiring the tea interests of Harrisons and Crosfield