Grace's Guide is the leading source of historical information on industry and manufacturing in Britain. This web publication contains 140,257 pages of information and 227,382 images on early companies, their products and the people who designed and built them. 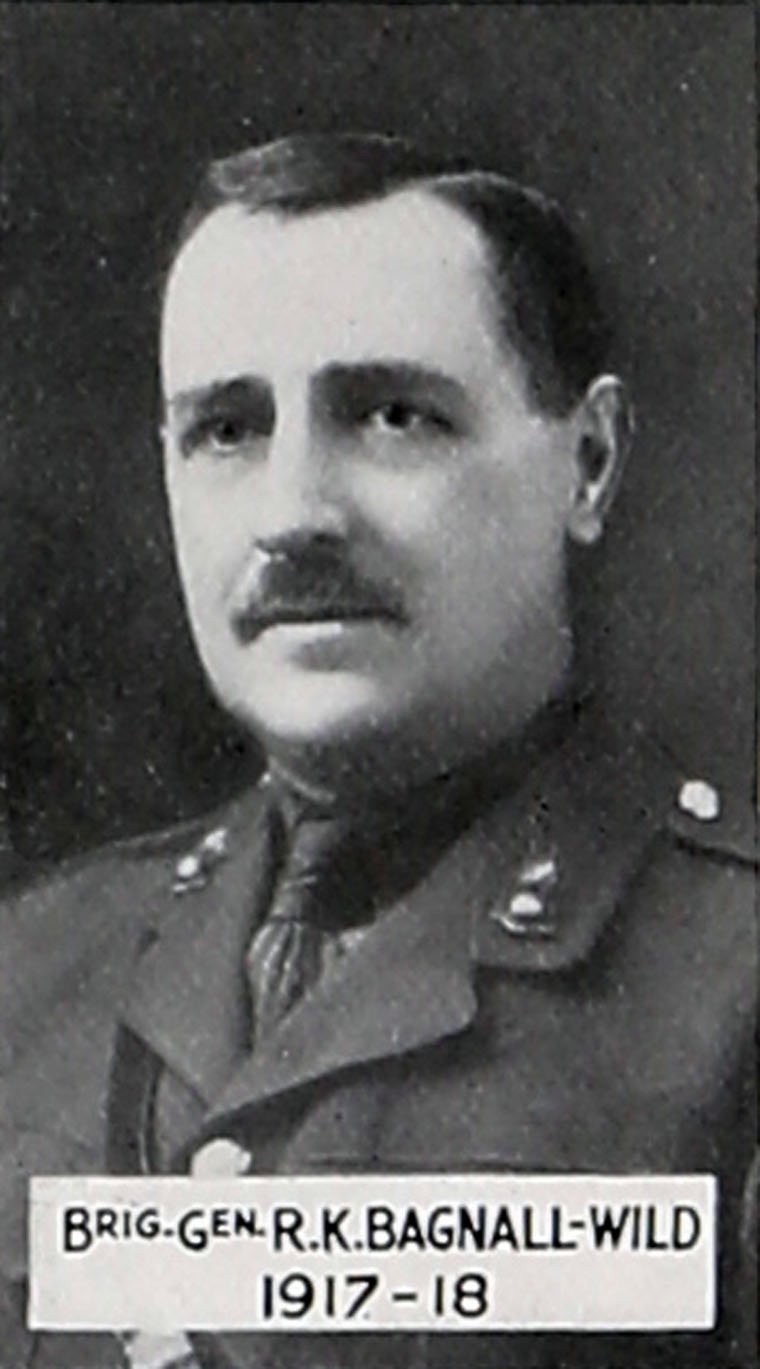 1917-18 President of the Institution of Automobile Engineers

1919-1920 Chairman of the Royal Aeronautical Society

He was also a Member of the Iron and Steel Institute.

He received his education at Hermitage School, Bath, and at the Royal Military Academy, Woolwich, and his technical training at the School of Military Engineering, Chatham, and on submarine mining at Portsmouth.

Later he was commissioned in the Royal Engineers and retired from the service in 1913 with the rank of Brigadier-General.

Brigadier-General Bagnall-Wild's activities included railway survey in China; work as inspector of iron structures at the War Office; and as Director of Aeronautical Inspection, Air Ministry, and later as Director of Research. He served in both the Royal Flying Corps and the Royal Air Force.