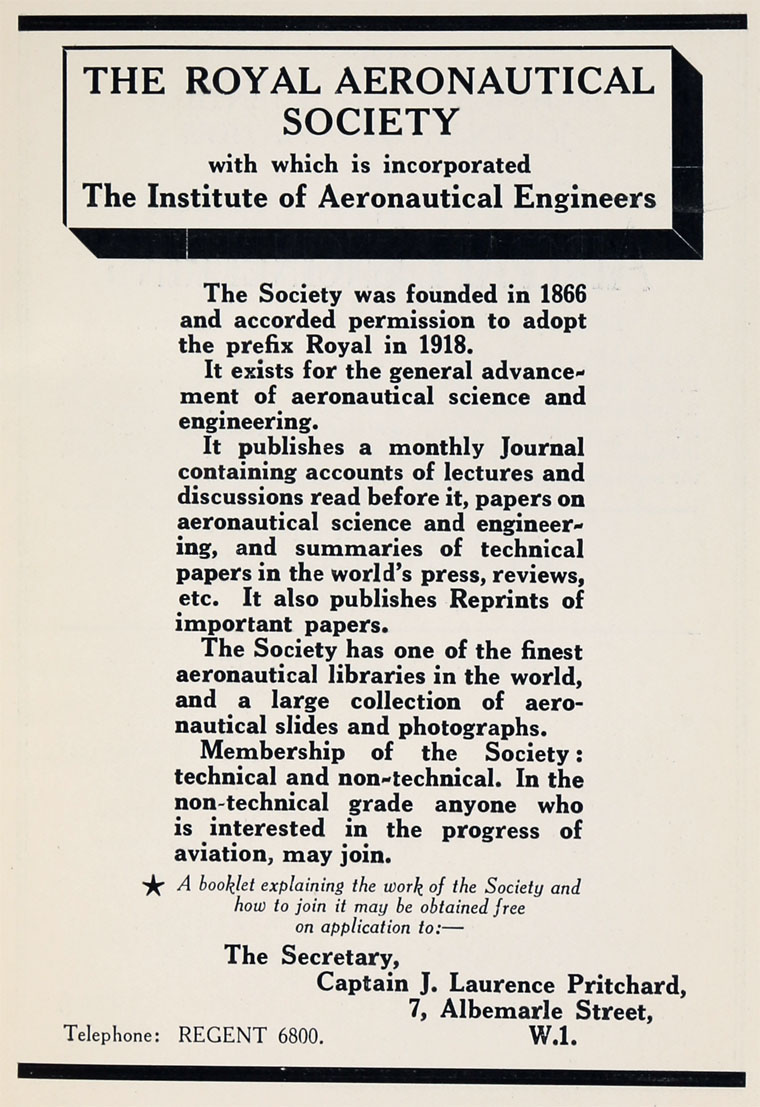 1933. Advertisement in Who's Who in British Aviation.

Founded in 1866 as the Aeronautical Society of Great Britain

It was also known as the RAeS.

1923 Mr Alec Ogilvie was elected chairman of the society for the year 1923-24 in succession to Professor Leonard Bairstow.[2]

1924 At a meeting of the Council of the Royal Aeronautical Society held on June 17th, Lieut. Colonel H. T. Tizard, A.F.C., Fellow, was elected chairman for the year 1924-1925. Colonel Tizard assumed office on October 1st.[3]

1938 The Society moved to its current premises, No.4 Hamilton Place. It acquired from the Crown the lease along with the mews property opposite, Nos 8 and 9 Hamilton Place. A committee, with advisers from the Royal Institute of British Architects, was formed to make the necessary alterations to No.4 to make sure the premises were in keeping with the dignity of the Society and the original beauty of the house.