Grace's Guide is the leading source of historical information on industry and manufacturing in Britain. This web publication contains 138,083 pages of information and 222,926 images on early companies, their products and the people who designed and built them. 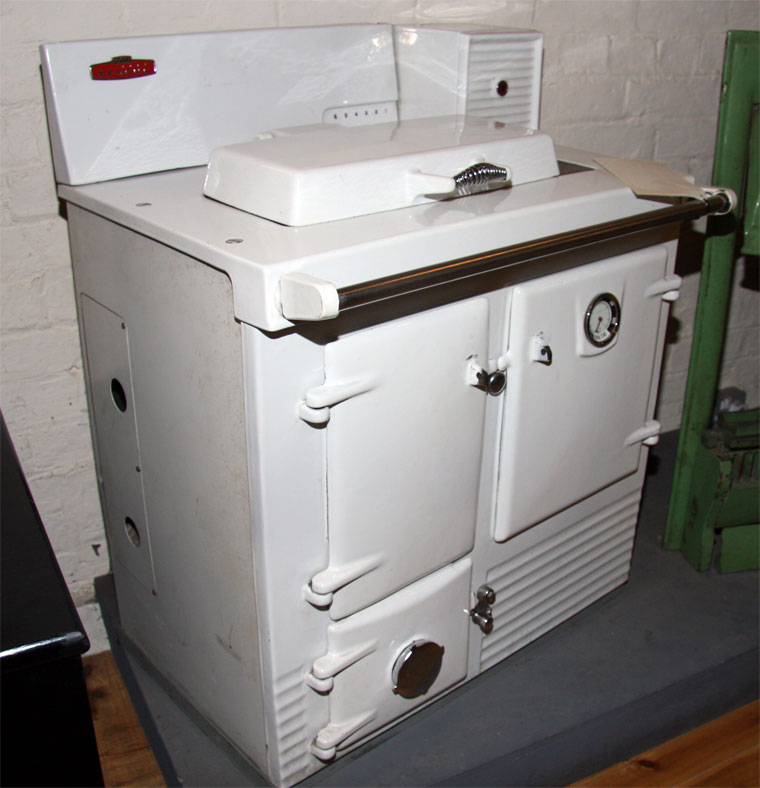 The Rayburn is a type of stove similar in nature to the AGA. They are manufactured in Telford at the same factory as the AGA

1946 The solid fuel Rayburn, a combined cooker and water heater, was designed and manufactured by Allied Ironfounders. It was launched with two hotplates, and one or two ovens and the ability to heat water.

The early Rayburns were manufactured in four of the foundries of Allied Ironfounders. These were at Falkirk, Dobbie Forbes, Planet Manchester and Coalbrookdale. The peak of production produced 1,500 units per week

1968 the first oil-fired Rayburn was produced. It was basically the same as the solid fuel model with the firebox replaced by an oil burner which was designed to burn continuously.

1971 saw the introduction of the first Rayburns capable of providing central heating. The early models could only supply a few radiators.

1972 The company moved to Ketley, Telford

1974 The first natural-gas fired range was introduced in 1974 just after the British gas conversion. Initially it did not provide central heating, but a central heating version was soon introduced.

A multi-fuel solid fuel range was added to the collection in 1979. It was able to burn any type of solid fuel including coal, wood and peat. It could run 5 radiators in addition to heating water and cooking.

During the 1980s came a great increase in the technology allowing a greater range of colours and higher heat outputs to be obtained.

They are still made in Telford alongside AGA Cookers