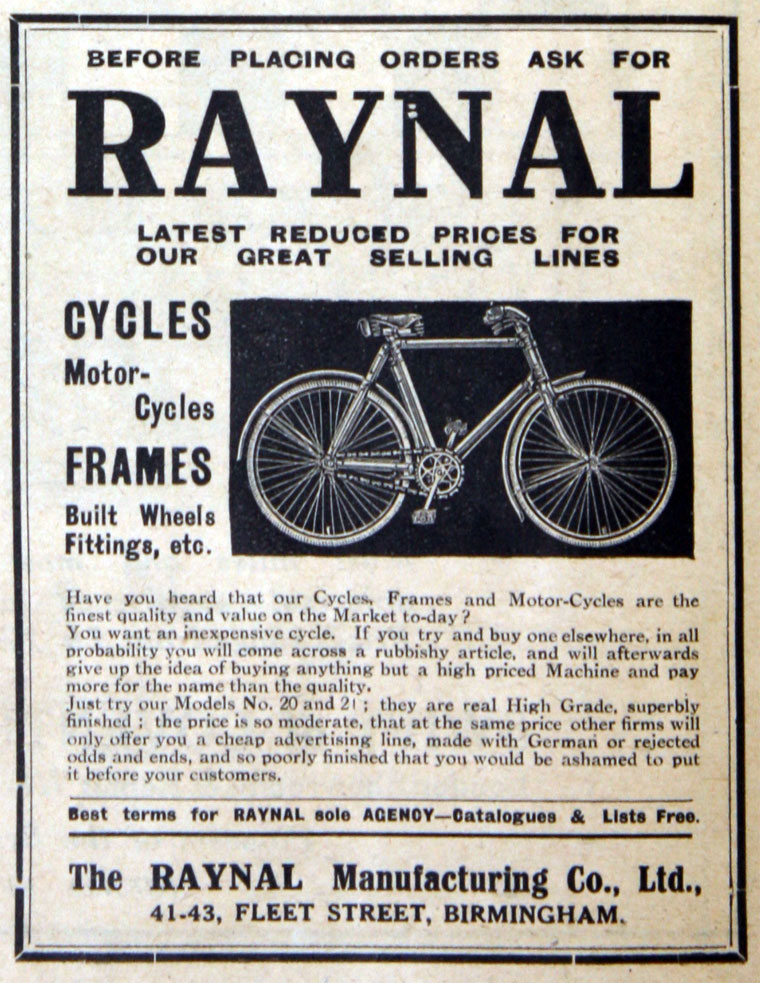 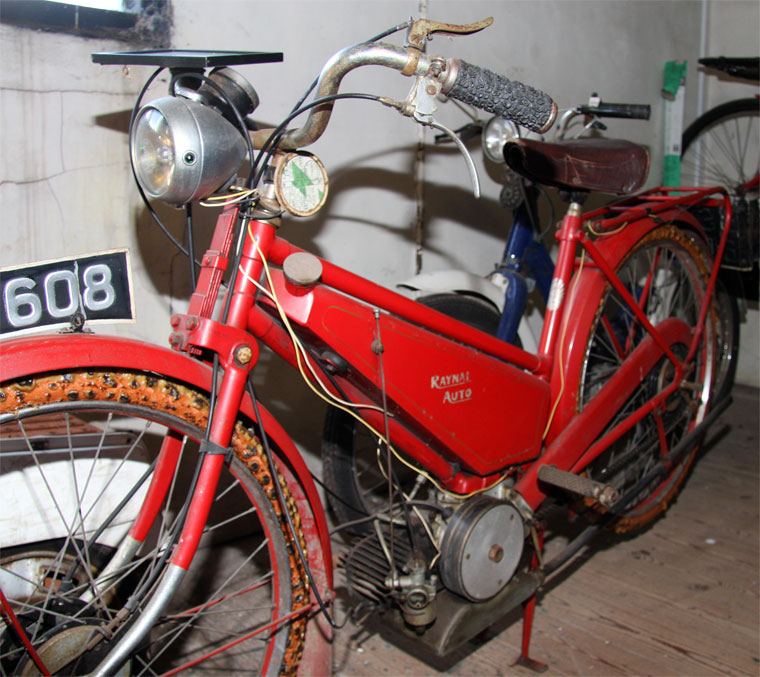 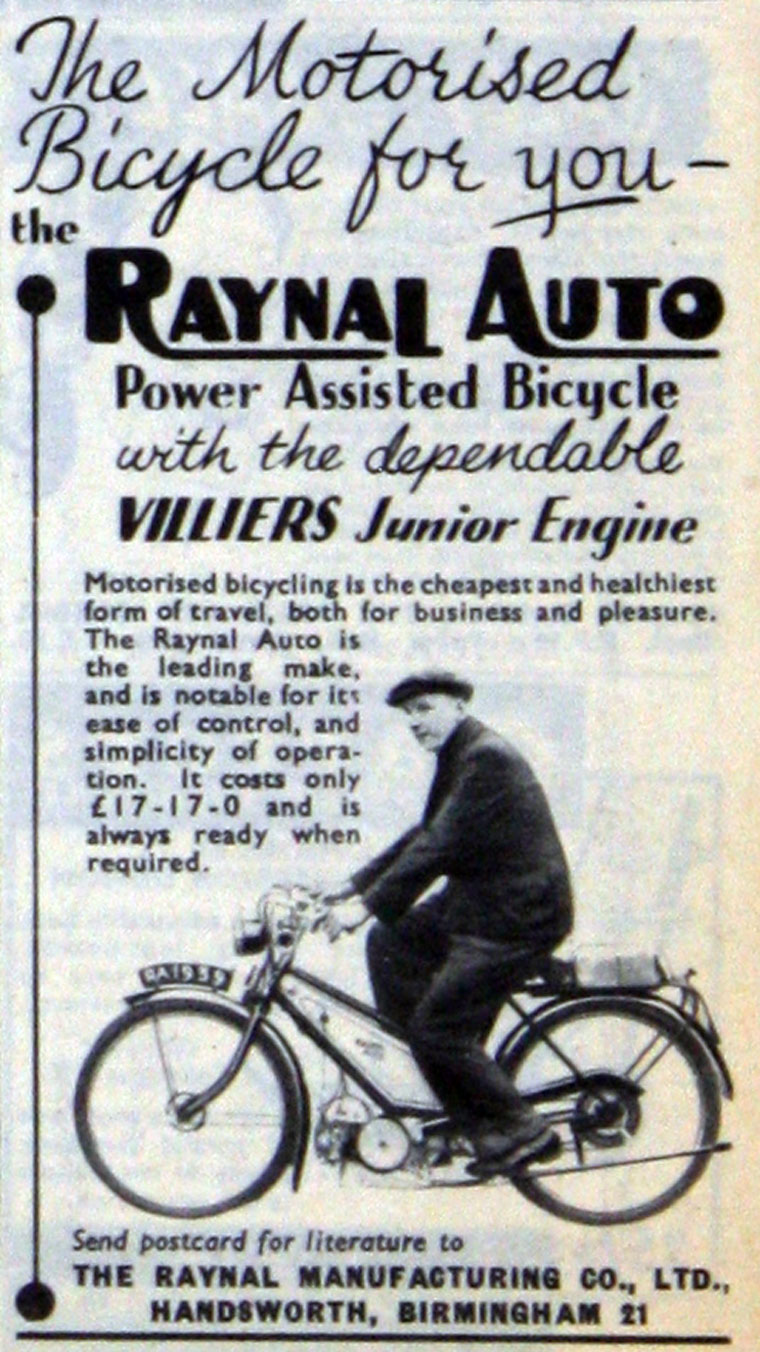 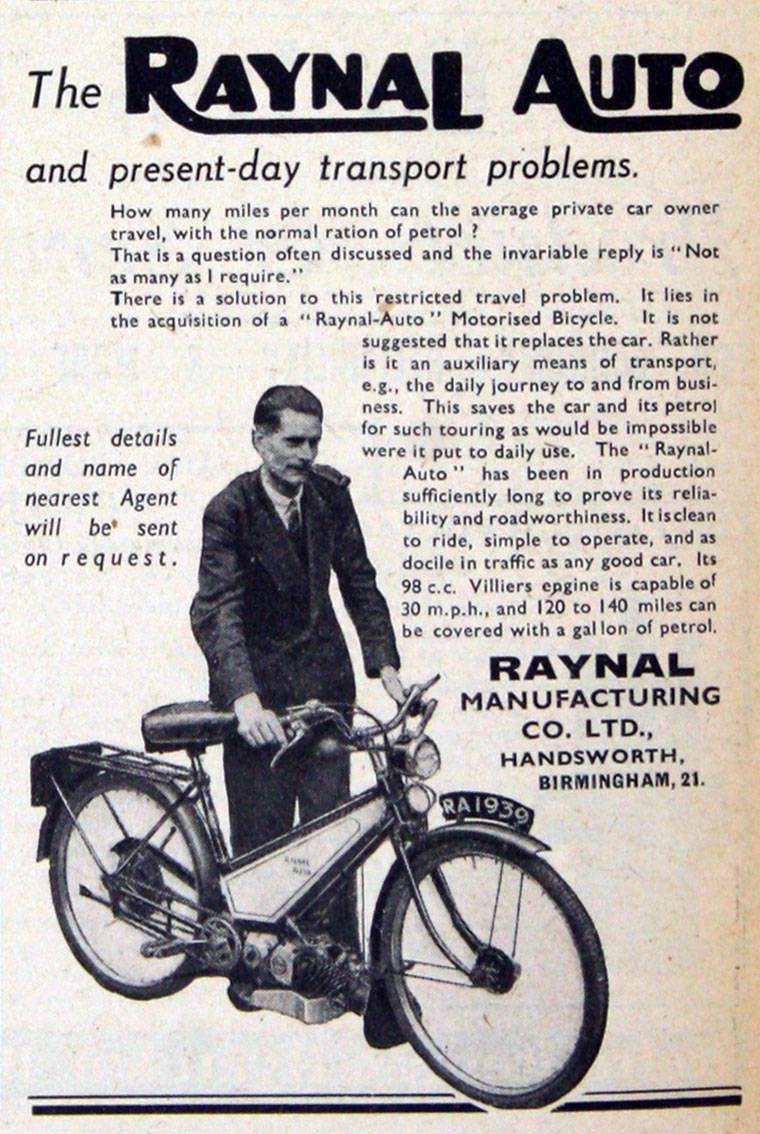 Raynal were motorcycles produced firstly in 1914, and then from 1937 to 1950 by ABJ of Handsworth, also in Birmingham.

1914 The name was first seen on a simple lightweight powered by a 269cc Villiers engine. Basic in design, it had a two-speed Albion gearbox and chain-cum-belt transmission. Production soon came to an end, probably due to the outbreak of war.

1937 The name returned on a production version of the Jones autocycle that had a 98cc Villiers Junior engine, open bicycle frame with the petroil tank between the frame tubes, rigid forks and no enclosure.

1939 A version with spring forks was added and that model alone continued after the war.