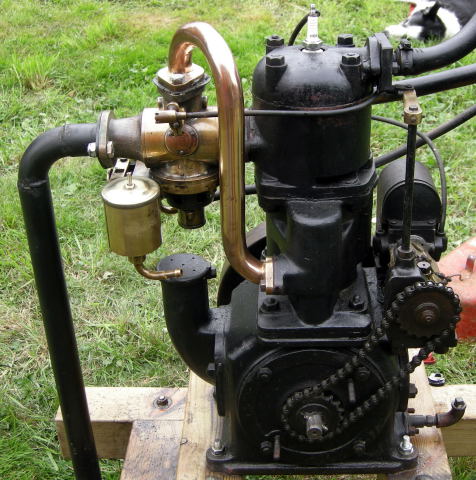 At an earlier date, engines with similar features were produced by Record Engineering Co of Eccles, Manchester, patented by John Davidson. Featured in 'The Engineer' 30th January 1914. It has not yet been established whether these companies were one and the same.