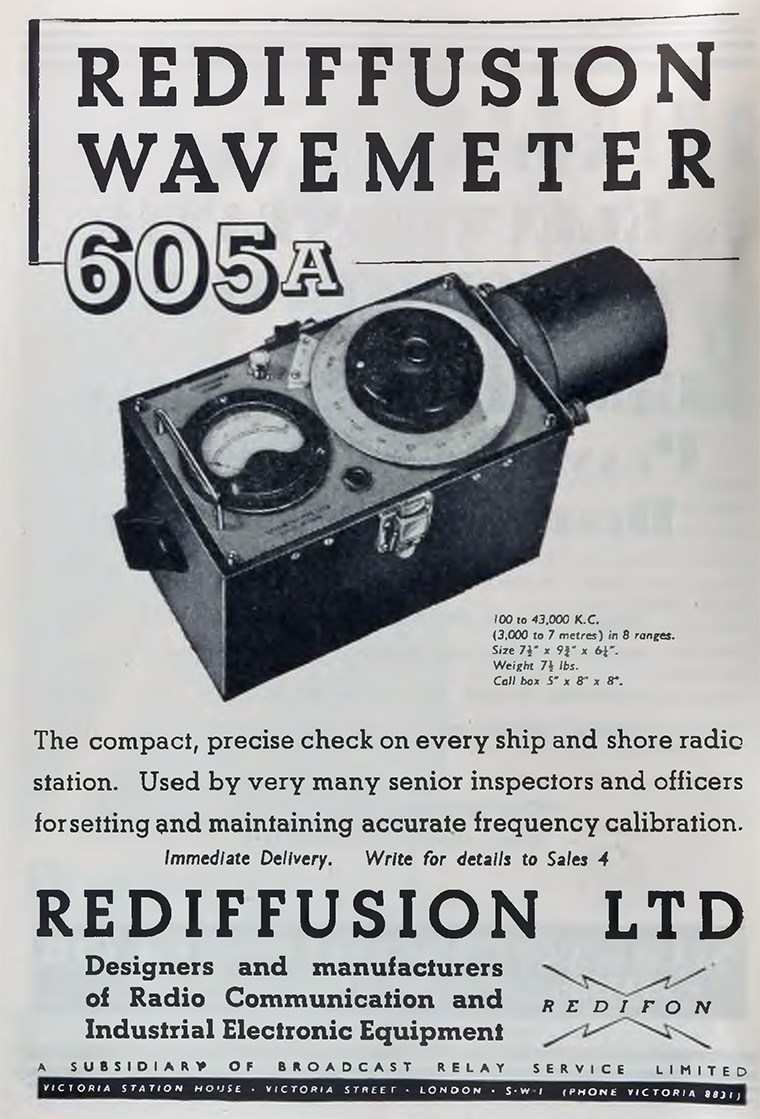 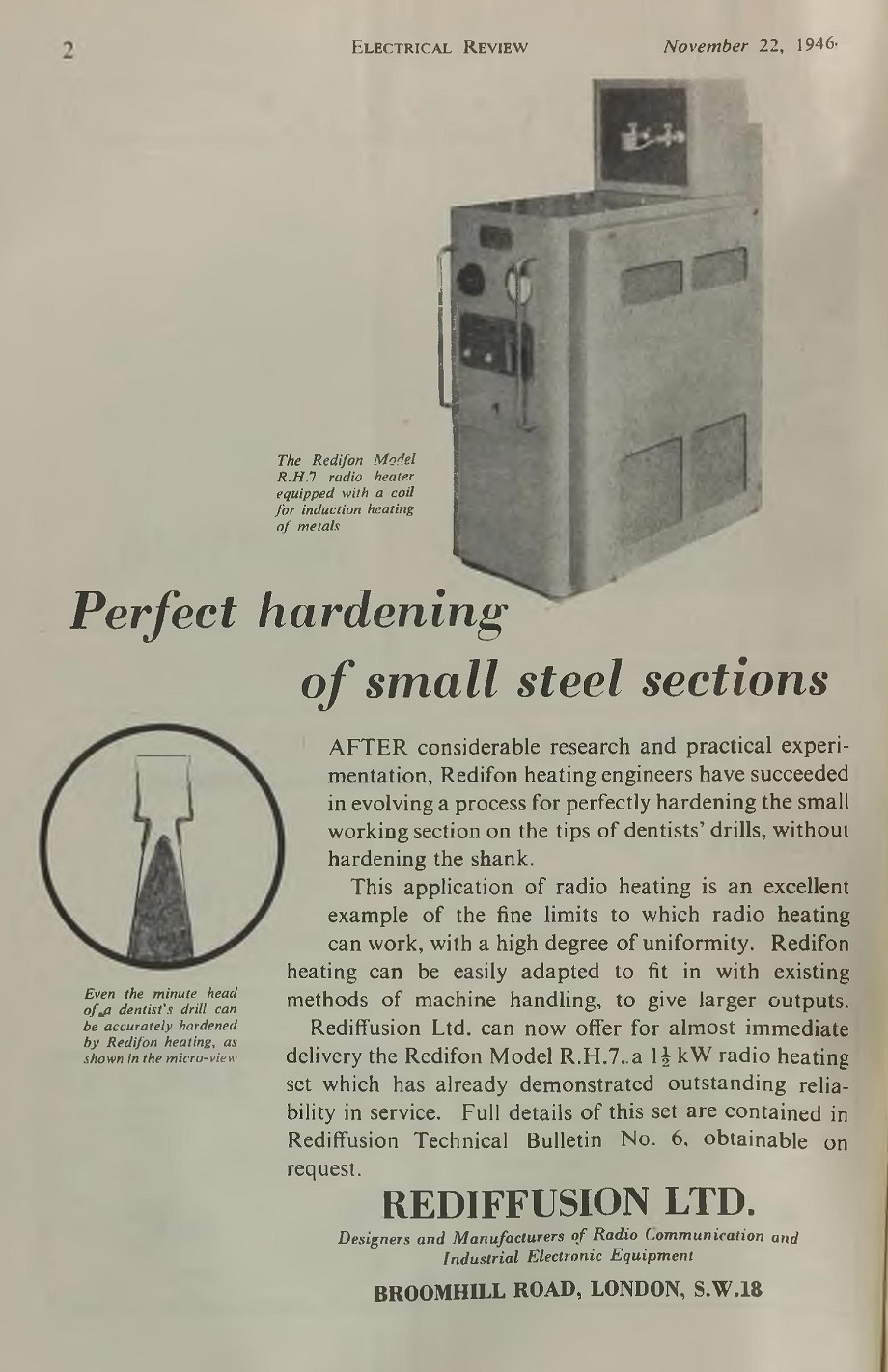 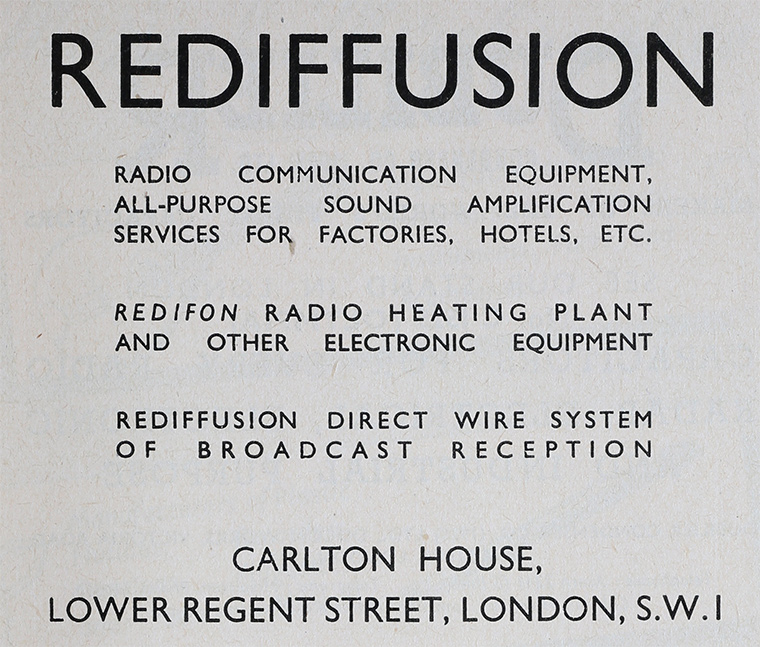 1945 Rediffusion, a subsidiary of Broadcast Relay Service Ltd, organised a demonstration of Redifon radio heating, a development from wartime technology for peaceful uses[1]

1985 The Rediffusion television factories at Bishop Auckland, Billingham and Rochdale were expected to run out of work by the end of the year when the agreement to supply BET came to an end; the research facility at Chessington would also be affected[9]