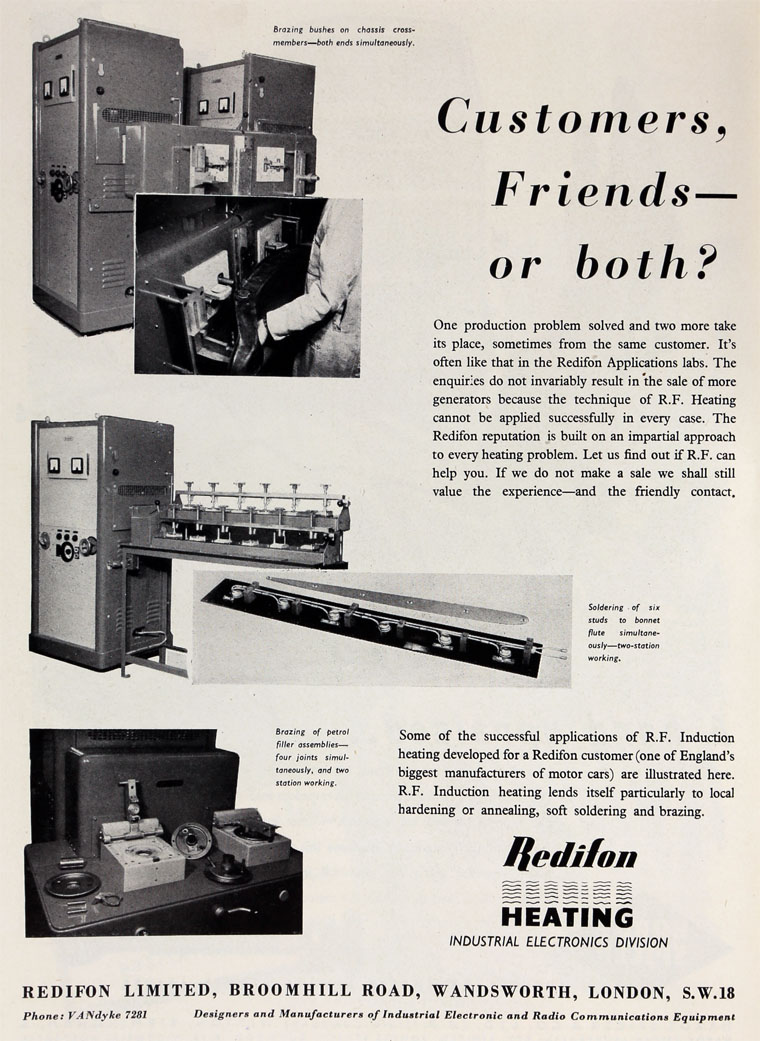 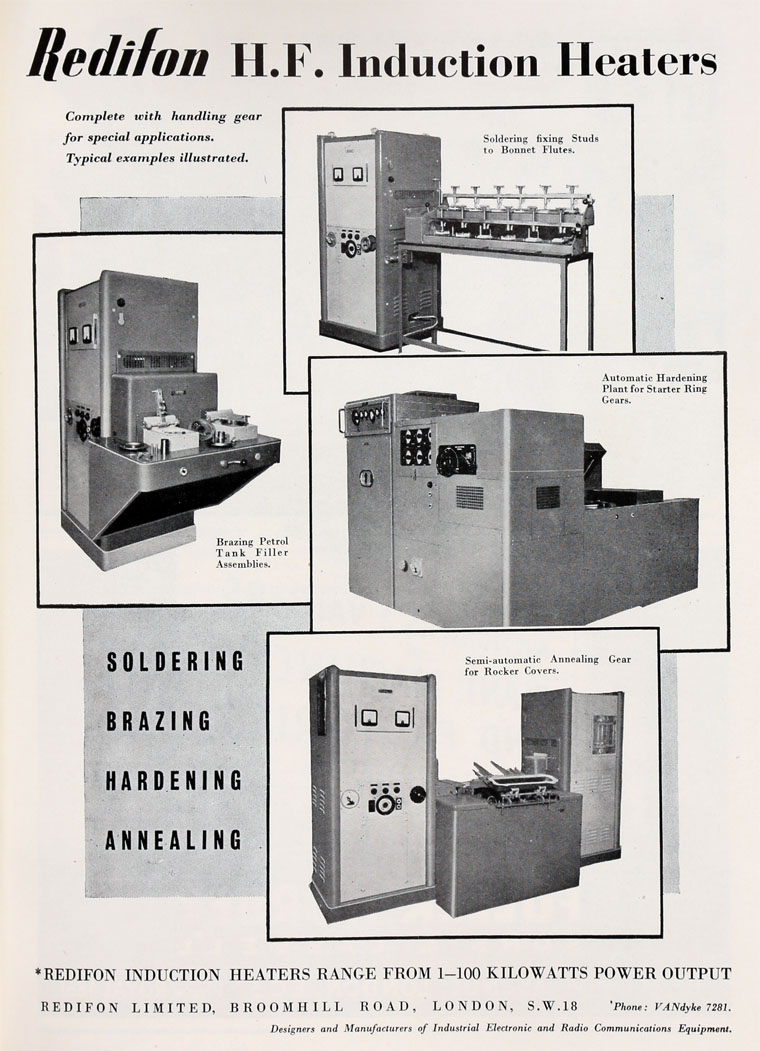 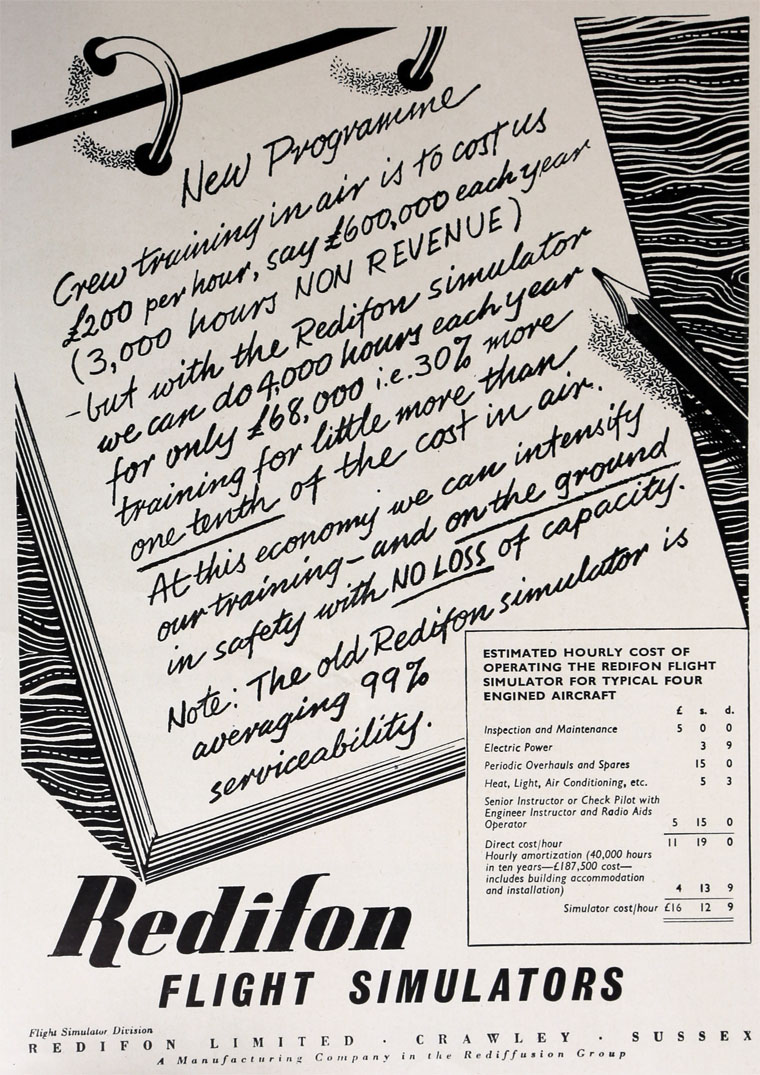 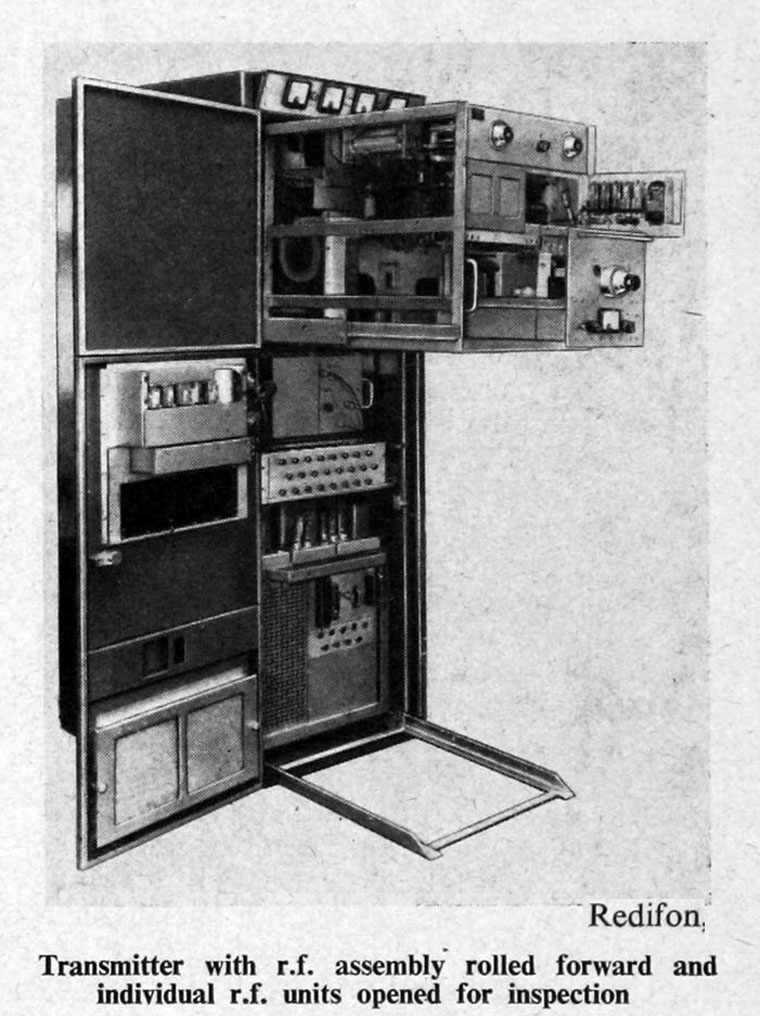 of Broomhill Road, London, the principal manufacturing company of the Rediffusion group.

1945 Rediffusion, a subsidiary of Broadcast Relay Service Ltd, organised a demonstration of Redifon radio heating, a development from wartime technology for peaceful uses[1]

1948 The company moved to Crawley in West Sussex.

1962 Joint venture of Research and Control Instruments with Redifon, pooling the 2 companies' induction and dielectric heating businesses; to be called Intertherm; based in Brixton[4]

1967 After several years losses, Rediffusion sold its interest in Intertherm to Philips Electrical[6]

1968 Voice-frequency terminal for the Royal Navy.

1988 the company was bought by Hughes Aircraft and renamed Hughes Rediffusion Simulation (HRSL).

1994 the company was taken over by Thomson-CSF, who merged it with Link Miles (acquired by Thomson-CSF in 1990) and renamed the company Thomson Training & Simulation (TTSL). The merged companies were based at the Manor Royal site at Crawley.