Grace's Guide is the leading source of historical information on industry and manufacturing in Britain. This web publication contains 137,278 pages of information and 220,134 images on early companies, their products and the people who designed and built them. 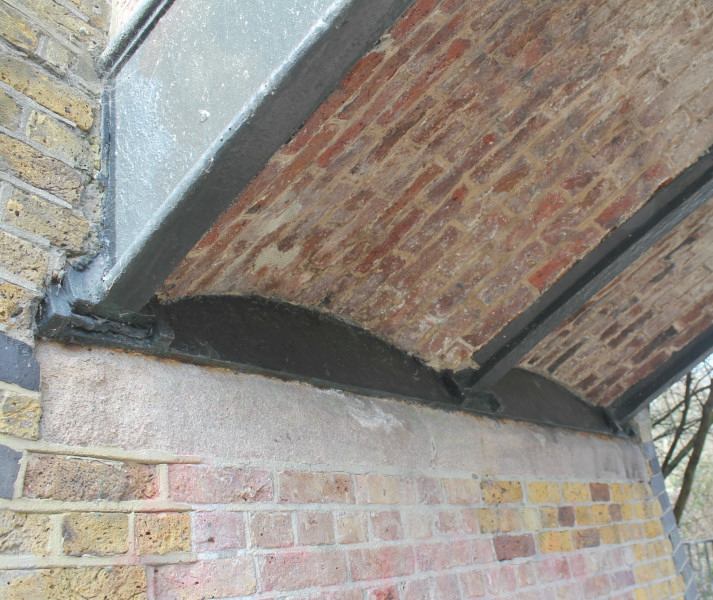 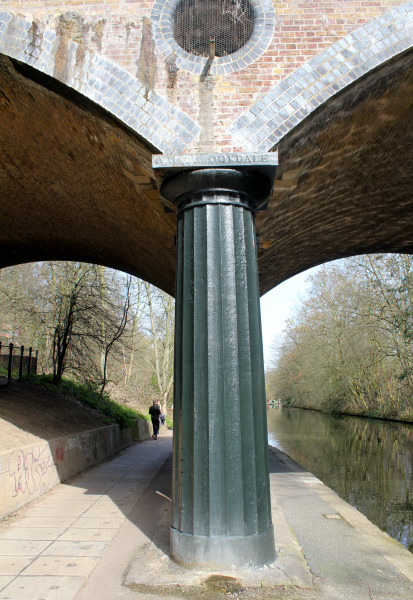 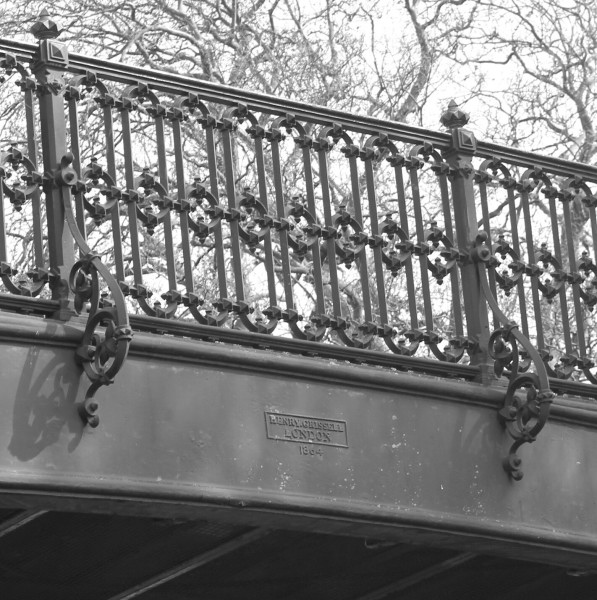 c.1856 cast iron footbridge, No. 21, over the entrance to the Interchange Building at Camden Lock basin 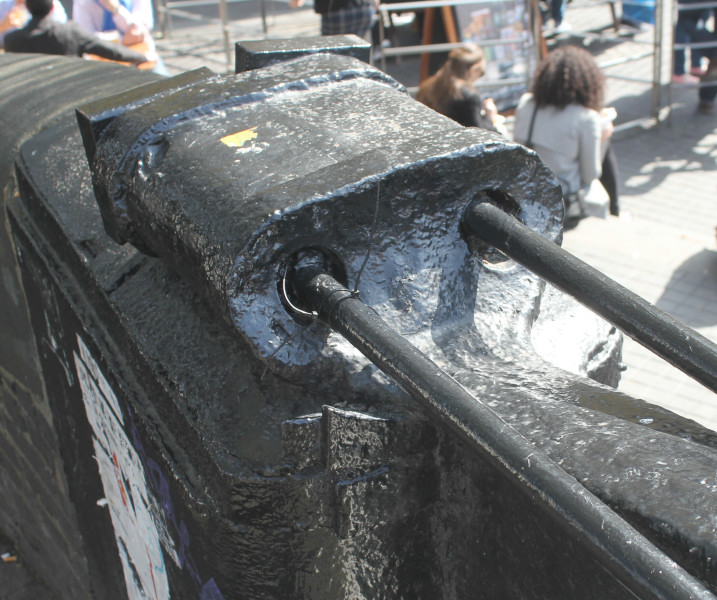 Regent's Canal passes under approximately 40 bridges on its route through north London. A selection of the bridges located between Little Venice and Camden Lock will be included here.

Bridge No. 3c: Steel (or wrought iron) and cast iron bridge at Little Venice, made by Francis Morton and Co.

Bridge No. 8, south west of Macclesfield Bridge: This bridge serves a path connecting Prince Albert Road (near Chalbert Street) with Regent's Park. Its construction is unusual, having three cast iron arch ribs, springing from cast iron plates on the masonry abutments, with brick vaulting between the arches, and brick and stone construction above the arches, surmounted by cast iron railings.

Macclesfield Bridge. On 2nd October 1874 at 04.55, a barge carrying gunpowder exploded, destroying the bridge and killing three crew members. The bridge was rebuilt using the original Coalbrookdale Co fluted iron columns. It is also known as "Blow Up Bridge". Contemporary photos of aftermath of explosion here and here[1]

Bridge 10: A cast iron arch bridge west of Broad Walk Bridge, providing access within London Zoo. The maker is unidentified, although the castings appear to be identical with those of Broad Walk Bridge (apart from the absence of the maker's details). It was designed by John Fowler, and described and illustrated in 'Engineering' in 1866.[2]

Broad Walk Bridge: Cast iron footbridge made by Grissell in 1864, which takes The Broad Walk over the canal.

Gloucester Road, Bridge No. 16: The dominant part of the bridge is of brick arch construction, but there is an interesting extension on the western side. It has cambered cast iron beams supporting flagstones. The outermost beam is evidently of recent construction, being reinforced concrete, with apparently old iron castings bolted to the face. above the beam is a dressed stone and brick parapet.

Railway Bridge, No. 18: A pair of riveted plate girder bridges carrying railway lines to Euston Station. These bridges are by no means as interesting as the 1838 bridges which they replaced in 1923: they were of a peculiar design by Robert Stephenson or Charles Fox, and the nearest comparable survivor of that type is Todmorden - Gauxholme No. 2 Viaduct. It appears that the 1838 masonry abutments below girder level have survived (see photo). Note the flared centre pier: this shape can be seen in a contemporary drawing of the original bridge[3]

Camden Lock: Interchange Basin footbridge, No. 21: Cast iron footbridge over the entrance to the Interchange Building at Camden Lock basin, made by Joseph Deeley and Co (Newport). See here for an interesting account of the Interchange Building. At some point it became a bowstring bridge by the addition of slender tie bars, attached to the cast iron beams via bolted-on fabricated brackets. One source gives a date of c.1856. However, it is considered more likely that it dates from 1846, when alterations were made to the towpath in this area.

Roving Bridge at Camden Lock: Bridge No. 22, also known as Hampstead Road Lock Bridge. This is a rare example of an cast iron arch bridge with wrought iron tie bars fixed at the top of the parapet.