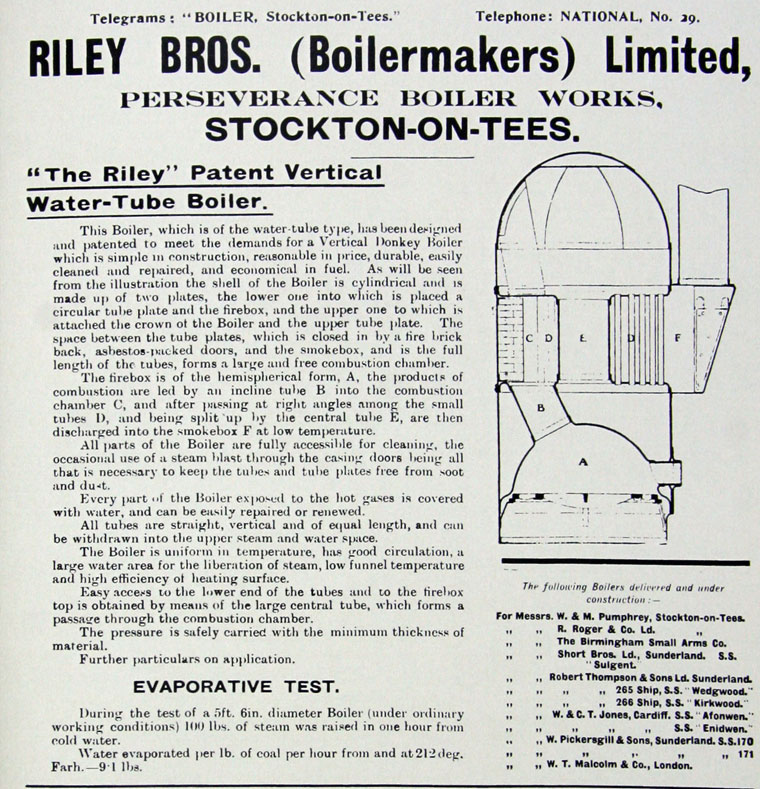 Riley's were world leaders in marine boilermaking. The firm of Riley Bros Boilermakers Ltd were in existence from 1869-1979 as a going concern.

At one time they employed over 200 people in which a whole community built up around the works. During the age of steam Riley Boilers were to be found in all four corners of the globe.

1885 Mention as contributors to the Stockton Distress Relief Fund [1]

1888 Produce Meredith's vertical boiler. (described as of of Stockton-on-Tees). [3]

1934 The firm were known as Stockton Chemical Engineers and Riley Boilers Ltd.