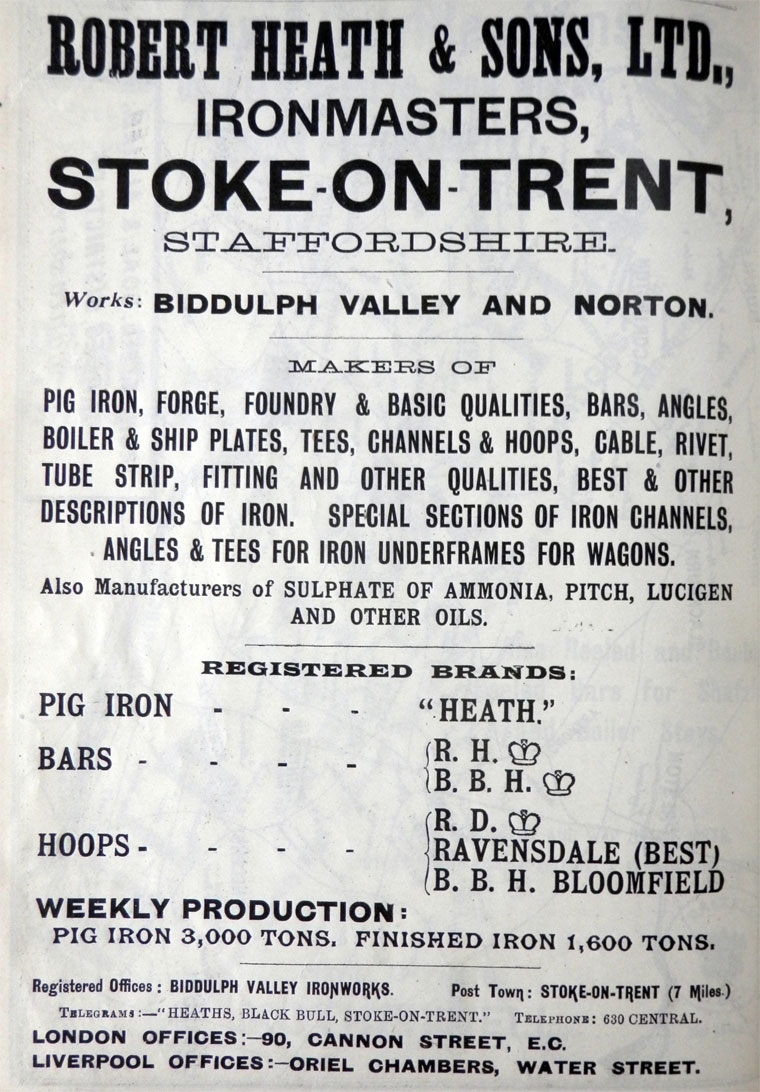 1872 Robert Heath and Son owned blast furnaces and forges/mills at Biddulph, Norton and at forge/mill at Tunstall.

1875 Robert Heath and Co operated the Biddulph Valley and Ford Green Works, situated at Tunstall, which had 90 puddling furnaces and six rolling mills.

The Ravensdale Works, also belonging to this company, had 54 puddling furnaces and eight rolling mills. Mr Heath had erected ten of the Danks-type rotary puddling furnaces at the works and had good experience with the novel concept[4]

1877 Another serious boiler explosion, with suggestions that a contributory factor was use of polluted canal water used for the water supply. The works belonged to Robert Heath MP [5]

1912 - Advert - Makers of Various Irons and Sulphate of Ammonia, Pitch, Lucigen and other oils.