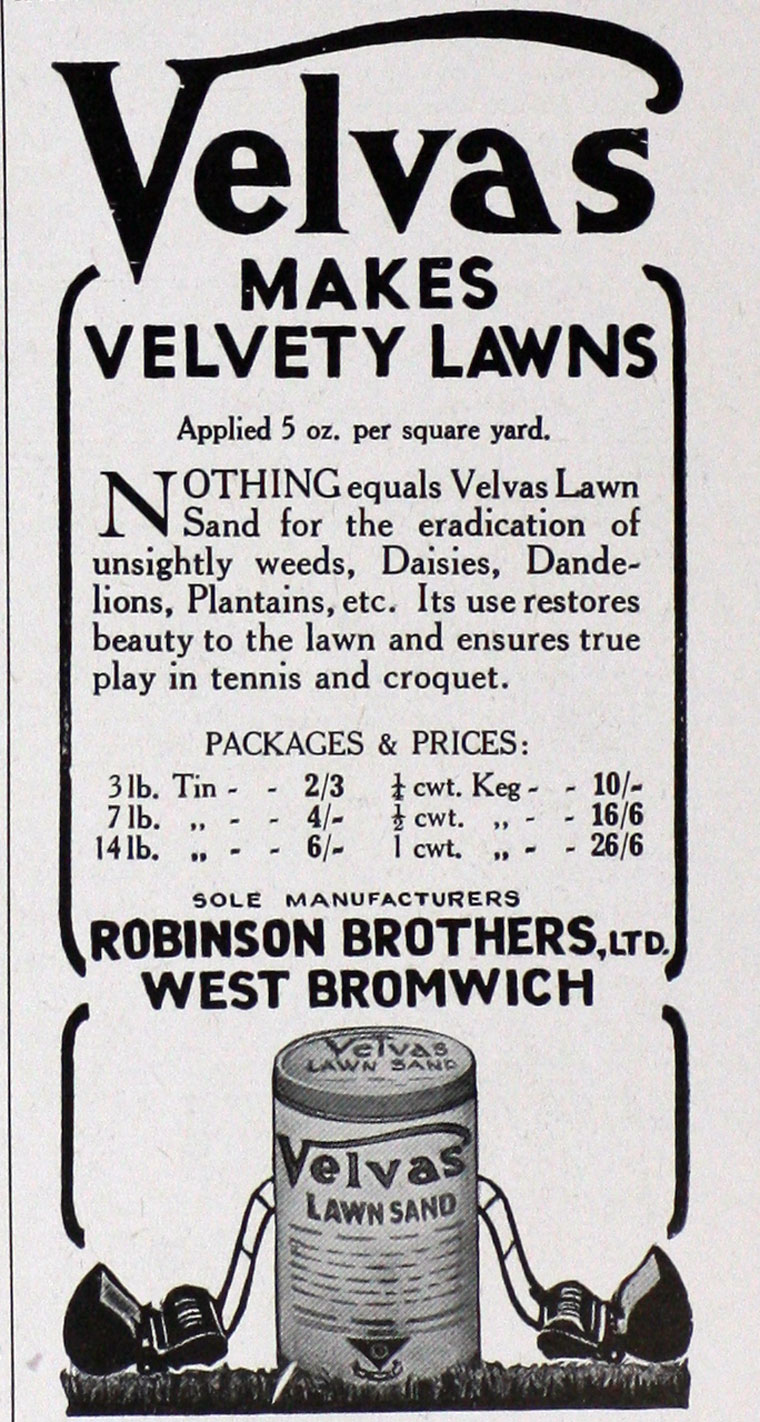 Note: Robinson Brothers existed as two different companies at different times but belonged to the same family. Its first existence was as a wrought iron tube manufacturer and then later one of the partners of that company formed a new one with his sons to produce gas and chemicals.

1862 James Wickenden Robinson with his sons William Leckie Robinson and James Henry Robinson entered a lease for the supply of gas in Leamington.[4]

1864 Owners of the Leamington Priors Gas-Light and Coke Co. '...to legalize and confirm a certain lease of the 18th of November, 1862, of the undertaking of the Company, or part thereof, already granted by or on behalf of the Company, in favour of Messrs. James Wickenden Robinson, William Leckie Robinson, and James Henry Robinson...'[5]

1909 Opened an Insecticide Department later known as the Horticultural Department

1927 - April. "The method worked out in the research laboratories, and described by Mr D. W. Parkes to the Birmingham Section of the Society of Chemical Industry recently, for the removal of phenolic products from the effluent liquors from the distillation of gasworks ammonia seems, states the Chemical Trade Journal, highly promising. It is noteworthy that this is an occasion when English chemical engineers have apparently succeeded where continental investigators have not met with great success."[6]

1929 Electrolytic reduction of pyridine to piperidine for ultra rubber accelerators.

1968 Development of process to produce Cysteamine for antiulcer drug Tagamet ™

The company has a web site