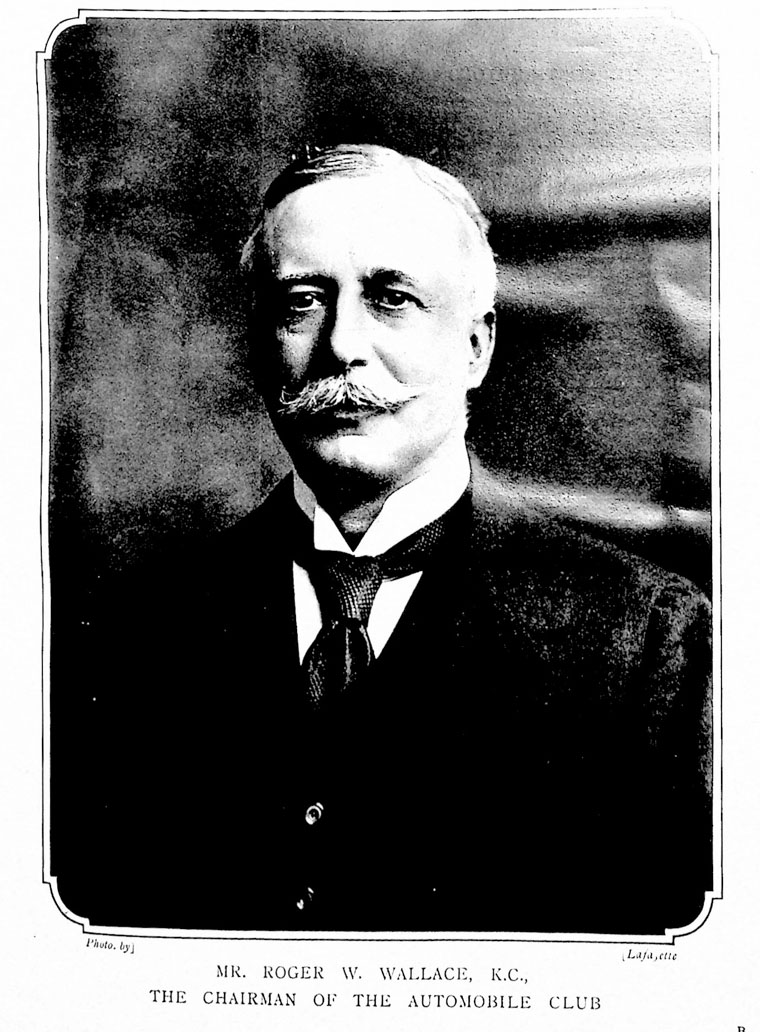 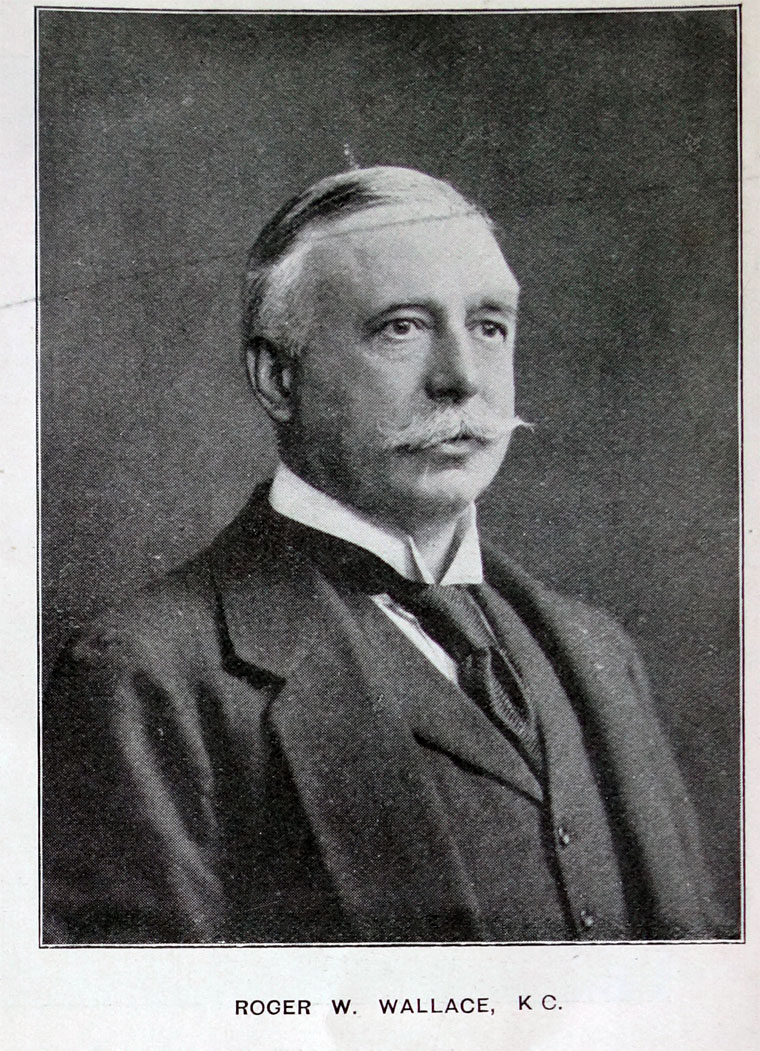 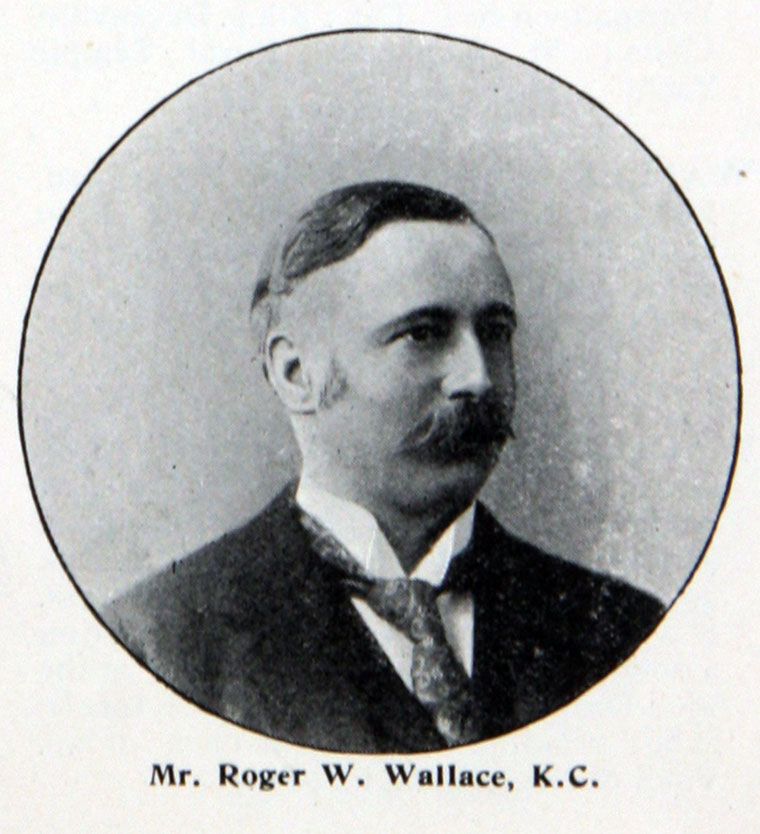 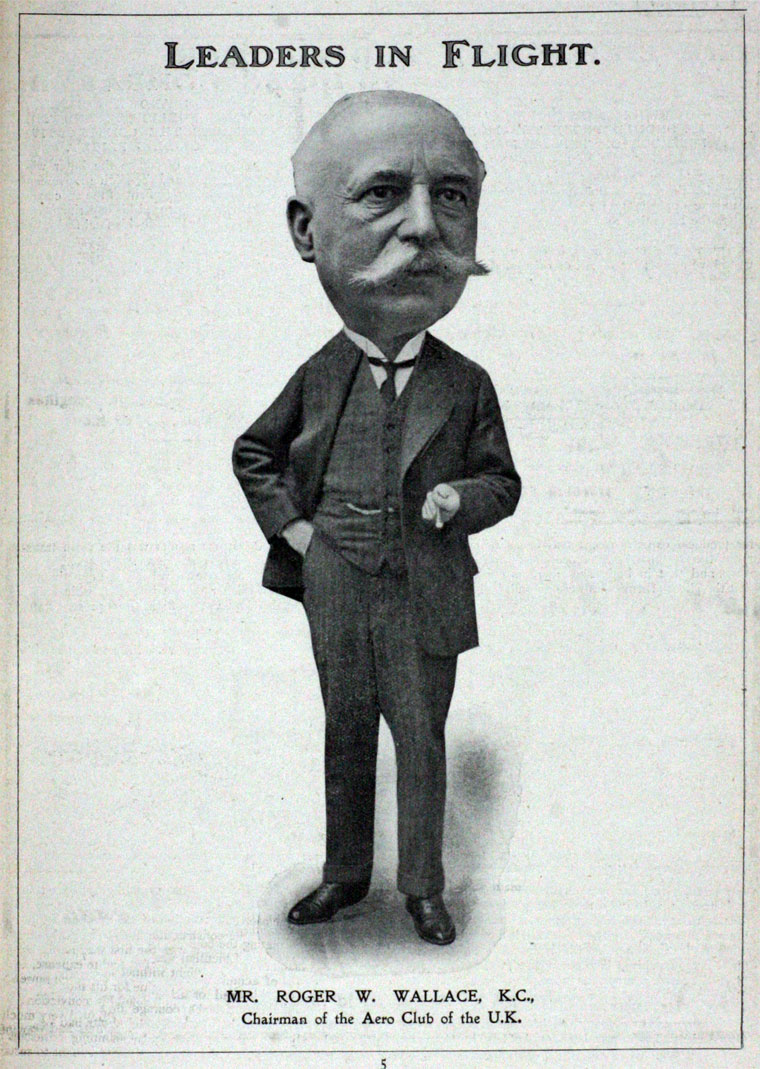 He became a barrister

1877 Married Sarah Thornton and they had two children.

He was also a member of the following clubs, the Reform, the Bath, the Ranelagh, and the Hurlingham.

1904 'WALLACE, Roger W., K.C. 36. Campden Hill Gardens, London, W.; 2, Harcourt Buildings, Temple, London, E.C. Hobbies: Golfing, shooting. Was the chairman of the A.C.G.B. & I. from its inauguration, till his resignation in January, 1904, and played a prominent part in making it the successful institution it is. Is chairman of the Aero Club, and a member of the Automobile Clubs of France, Switzerland and America, as well as of several scientific and learned societies. Was prominently identified with the recent efforts of the Club to have the Motor-Car Act amended in a manner satisfactory to motorists, and such concessions as were obtained while the Bill was before Parliament, were in no small degree due to his energy, activity and vigilance. Is a recognized expert and authority in most matters connected with electrical engineering in all its branches. In his professional life has made a special study of patent law, on which he is one of the highest recognized authorities. Is joint author with Mr. J. B. Williamson of the "Law and Practice relating to Letters Patent for Inventions," a standard work on patent law. Was one of the chief counsel in the important question of the decision of the best system for the electrification of the Metropolitan and District Railways, of London, and acted as the adviser of Sir Hiram Maxim in his gun and cordite cases. With Col. Crompton, formed the Kensington and Knightsbridge (London) Electric Lighting Company, and, with the Duke of Marlborough, started the New Telephone Company (London). Drafted the last Telegraph Act. Clubs: Reform, Sandwich and Ranelagh.'[1]

In later life Wallace gave most of his money to chemical experiments and was the subject of a receiving order and was declared bankrupt in 1913.

WALLACE, ROGER W., K.C.- Born in Glasgow, August 28th, 1854, the son of Mr. Hugh Wallace, J.P., of Dorset Hall, Merton, Mr. Roger W. Wallace was educated at London University, called to the Bar at the Middle Temple in 1882, and made a K.C. in 1896. He is Associate member of the Council of Electric Engineers, and has figured as a leader in many of the most important patent cues of recent years. Mr. Wallace has been Chairman of the Club since its inception; it is owing to his great energy, and his untiring attendance at all Club meetings - at most of the Committees of which he, with the very rarest exceptions, presides - that the Club has achieved the success it enjoys to-day. Having, in 1898, succeeded in combining the Self-propelled Traffic Association and the Motor Car Club with the A.C.G.B.I., it at once became the representative and national Club of Great Britain, and Mr. Wallace has since continued to guide with undiminished enthusiasm the destinies of the Club and the movement. His principal pursuits and pastimes outside automobilism are mechanics, chemistry, golf, and deer stalking.