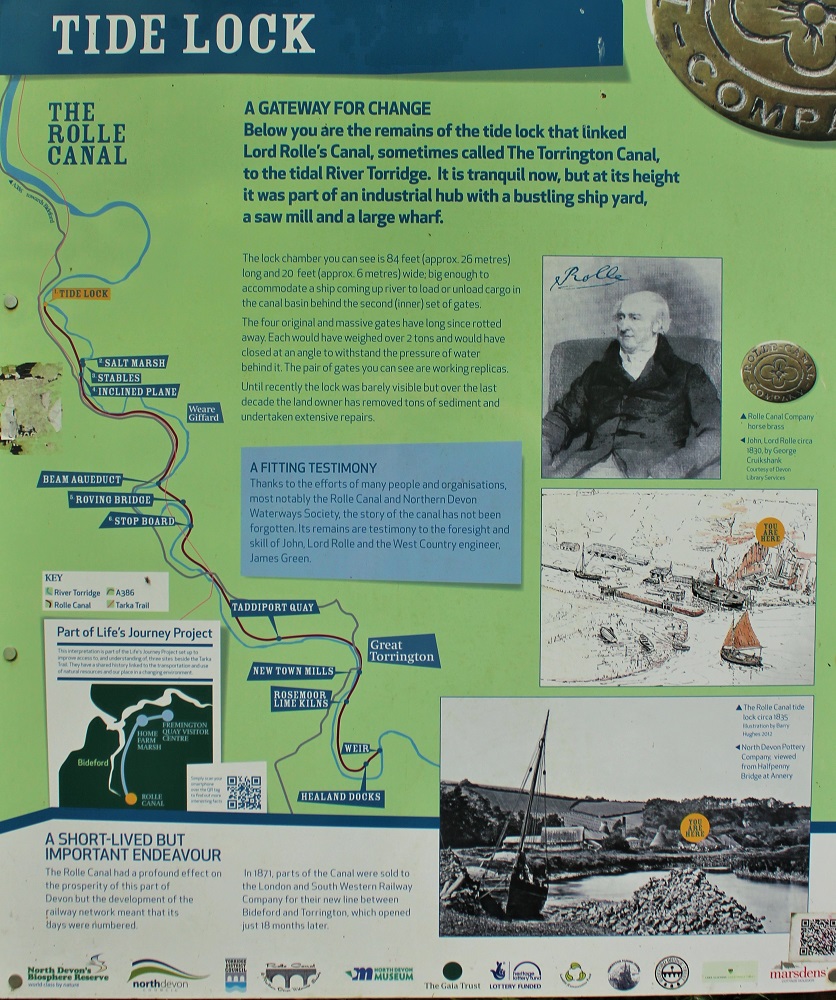 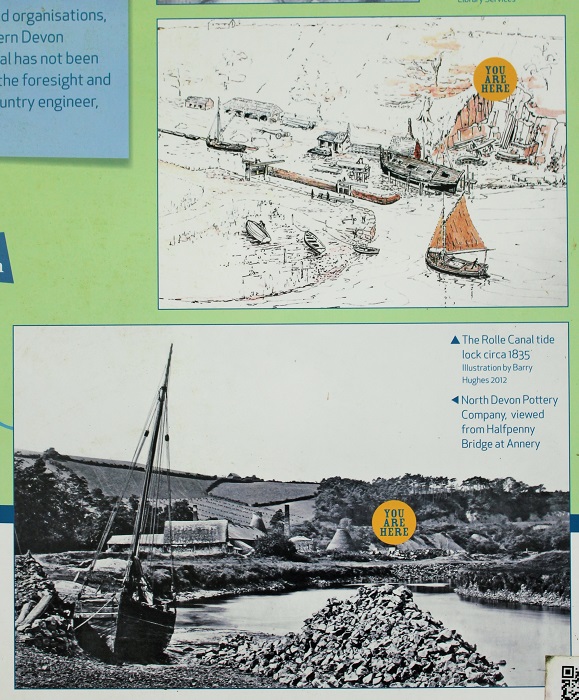 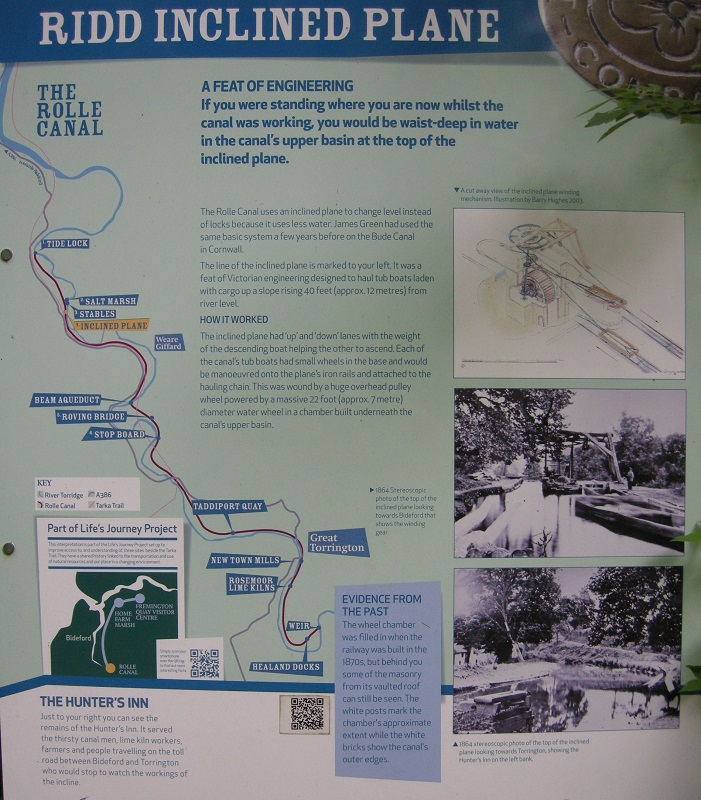 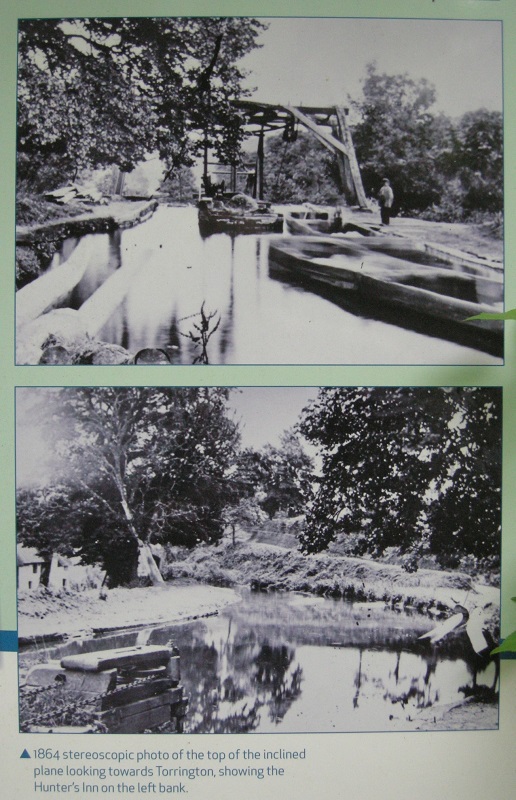 1864 photos of top of inclined plane 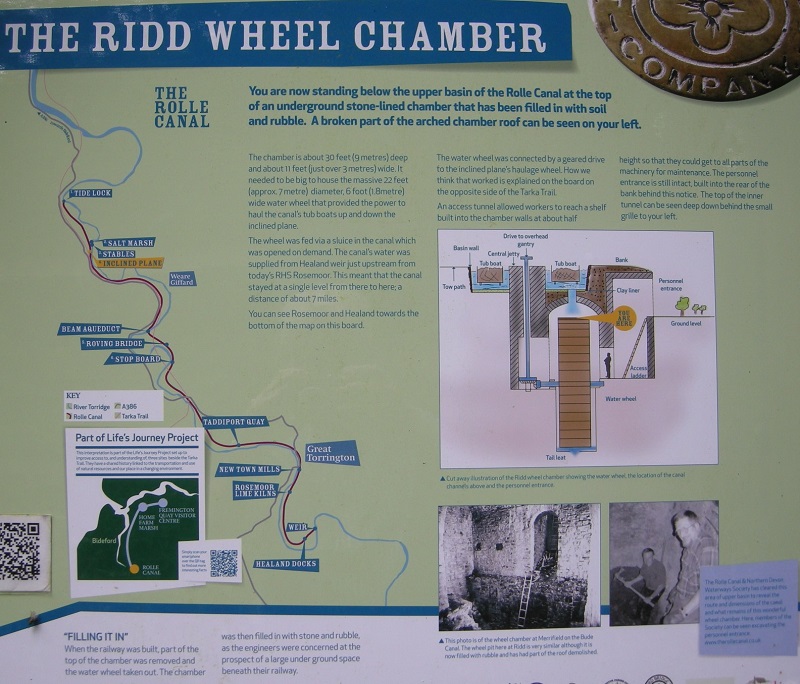 Looking from the wheel chamber, the diagonal line across the Tarka Trail marks the northern edge of the inclined plane 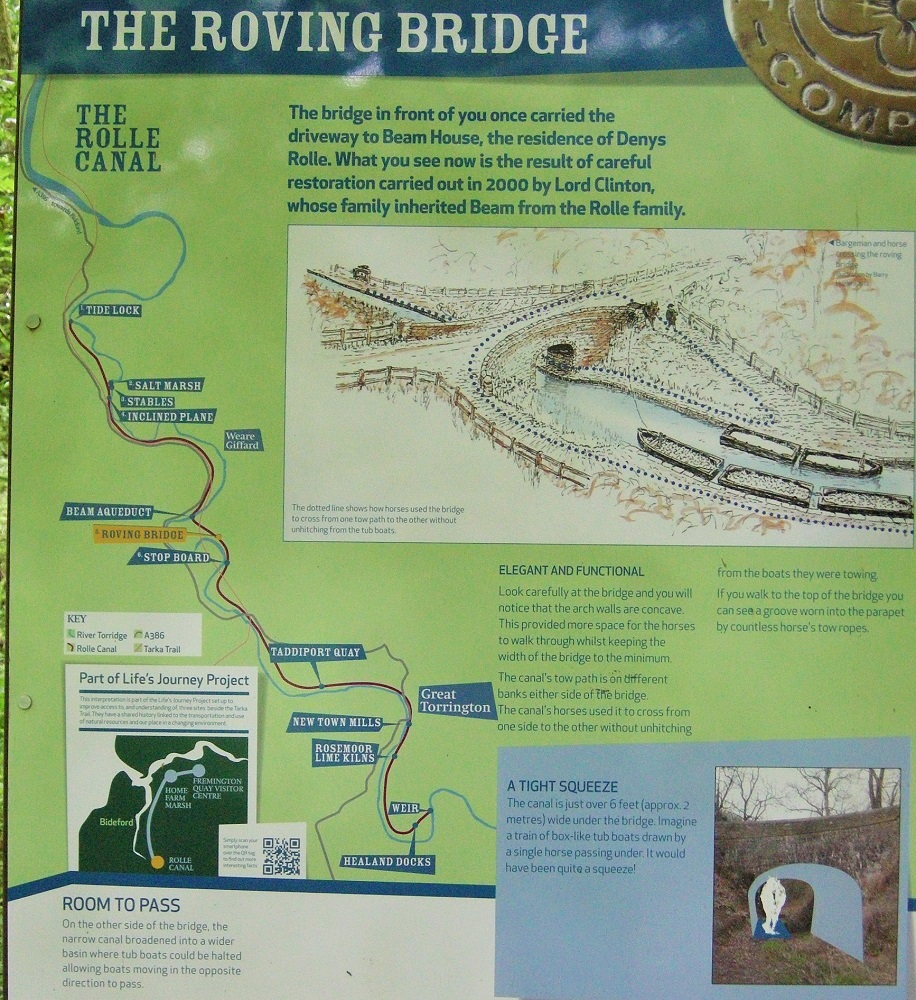 Roving Bridge, where the towpath changed sides. The bridge allowed horses towing tub boats to cross the canal, without unhitching

Roving bridge. Remains of canal on right. Behind the camera the towpath is on top of a high stone wall retaining the canal, which hugs the steep side of the valley

The Rolle Canal (or Torrington Canal) in North Devon, extends from its mouth into the River Torridge at Landcross 6 miles southwards to the industrial mills and corn-mills at Town Mills (now called "Orford Mill"), Rosemoor, Great Torrington and beyond to Healand Docks and weir on the Torridge, where survive the ruins of Lord Rolle's limekilns, upstream of today's Rosemoor Garden.

The canal was carried across the River Torridge by the impressive Beam Aqueduct. This is now a private road leading to Beam House, now a childrens' activity centre.

Town Mills were built for Lord Rolle and were powered by a stream which flowed past his seat of Stevenstone to the east of Great Torrington and also supplied water to the canal. Rosemoor and North and South Healand farms were part of Lord Rolle's Stevenstone estate on the east bank of the Torridge.

The responsible engineer for the work was James Green.

In the early 1870s a section of the canal was taken over and replaced by a railway constructed by the London and South Western Railway. The former railway trackbed is now used for the Tarka Trail, popular with walkers and cyclists. Excellent display boards have been erected, and photos of some of these are included here, presented in the order of journey upstream, as far as the Roving Bridge.