Griffon 57 engine. Exhibit at the Museum of Power. 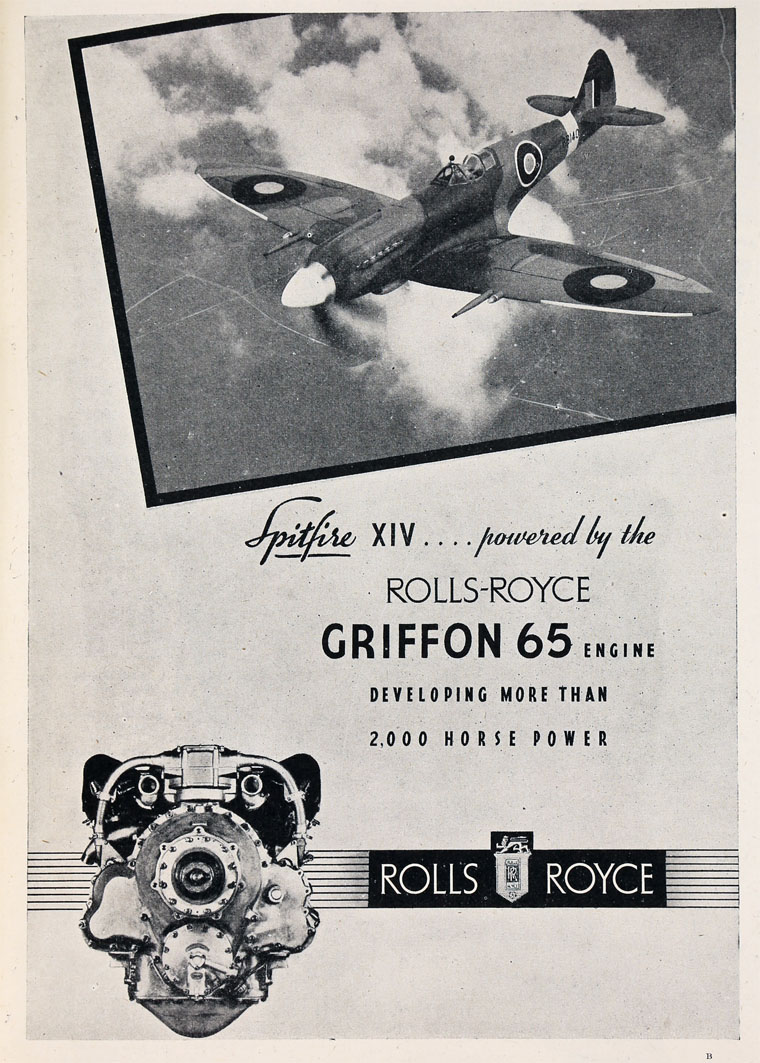 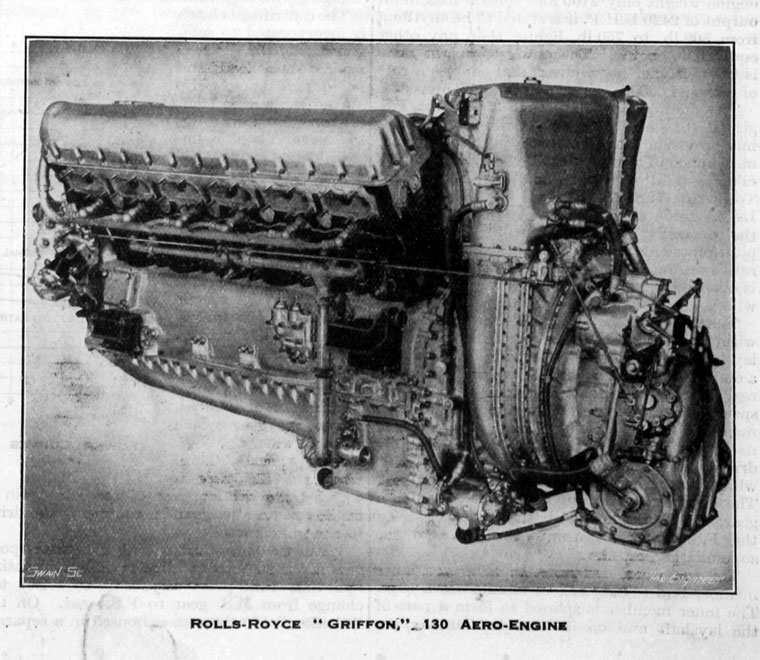 The Rolls-Royce Griffon was a 2,240 in³ (36.75 litre), 60-degree V-12 aero-engine, developed from the earlier Rolls-Royce R racing engine used in the Schneider Trophy races.

The Griffon was designed prior to WWII and was originally intended as a low-altitude engine for naval aircraft such as the Fairey Firefly but a formal suggestion to fit a Griffon in a Spitfire was made by Joe Smith, who had taken over as Chief Designer at Supermarine's after Mitchell's death, in June 1937. However, work by Rolls-Royce on the engine had been halted temporarily to concentrate on the smaller 1,649 in³ (27 litre) Merlin which had already surpassed the output achieved with the early Griffon.

When the development work on the Griffon was resumed, it was decided to fit the engine to a Spitfire. The first example of this was a single Spitfire Mk.IV, DP845, a modified clipped-wing Spitfire Mk.III which flew with a Griffon RG 2SM on 27 November 1941.

Pilot conversion from Merlin-engined to Griffon-engined Spitfires was not without teething troubles, the most common problem being the ingrained habit of applying a starboard trim to the aircraft's rudder to offset the tremendous torque produced at takeoff power. As the Griffon's crankshaft rotated in the opposite direction to that of the Merlin (a legacy of its intended use for naval aircraft, where it is desirable for aircraft to swing to port, away from the carrier's superstructure), a starboard bias increased, instead of compensating for, the undesirable effects of torque. This problem was never fully overcome in land-based Spitfires, although the Seafire FR.47 and the occasional Spitfire 21 or 24 were fitted with a contra-rotating propeller as standard, thus negating air-screw torque.

Rolls-Royce applied the advances in supercharging used on the Merlin to the Griffon, and later Griffon versions featured two-stage supercharging and finally a two-stage, three-speed supercharger.

The two-stage, three-speed Griffon 101 was fitted to the two Supermarine Spiteful XVIs (re-engined production Mk.XIVs) with one of these aircraft, RB518, achieving a maximum speed of 494 mph (795 km/h) with full military equipment.

The Griffon was also used in the Avro Shackleton maritime patrol aircraft, also with contra-rotating propellers.

Note: The Griffon was a "left-hand tractor" engine ie; the propeller rotated to the left when viewed from behind.