Grace's Guide is the leading source of historical information on industry and manufacturing in Britain. This web publication contains 143,454 pages of information and 230,060 images on early companies, their products and the people who designed and built them. 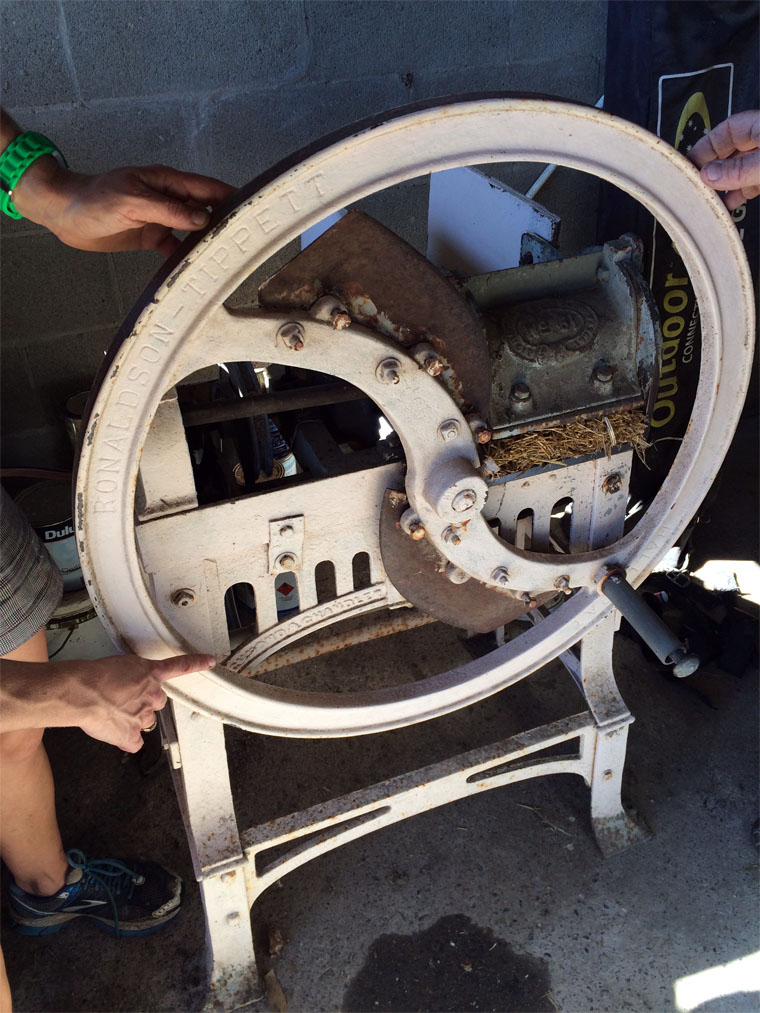 Richmond and Chandler Patent No 61 Chaff Cutter with Ronaldson-Tippett No 66 wheel. 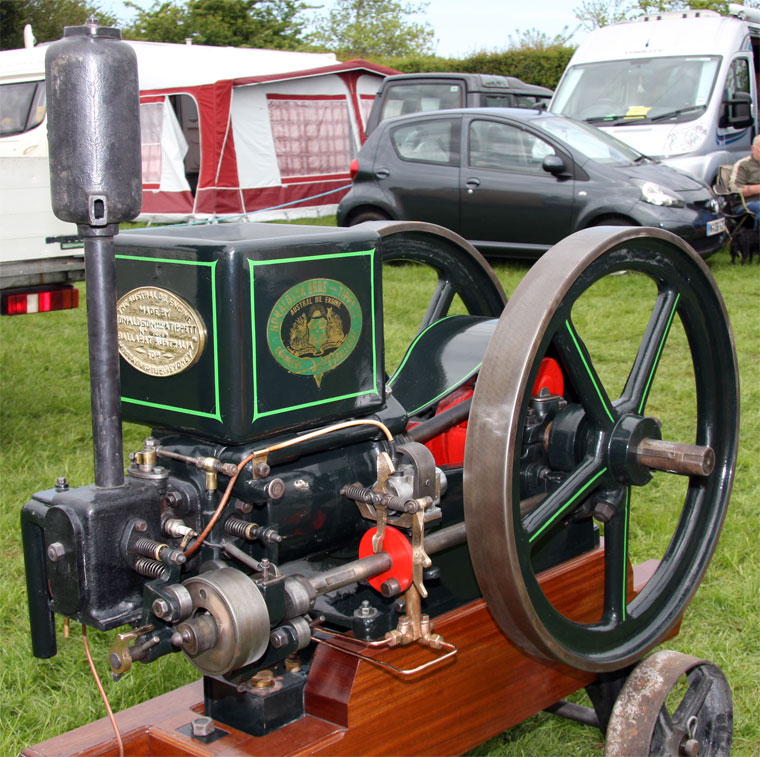 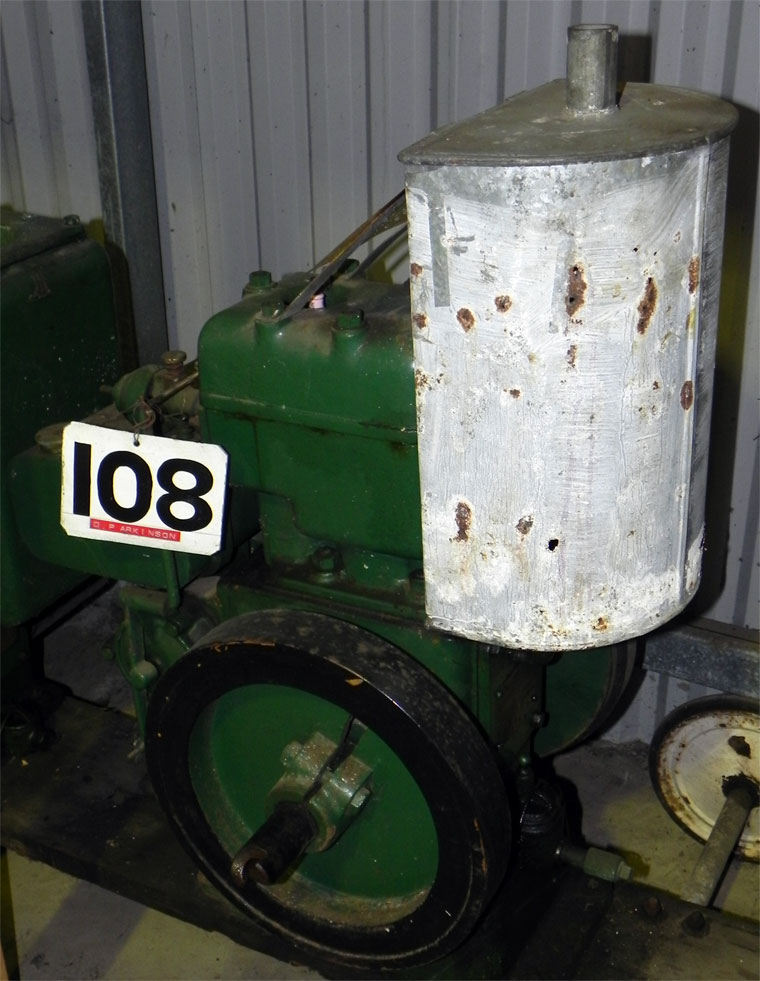 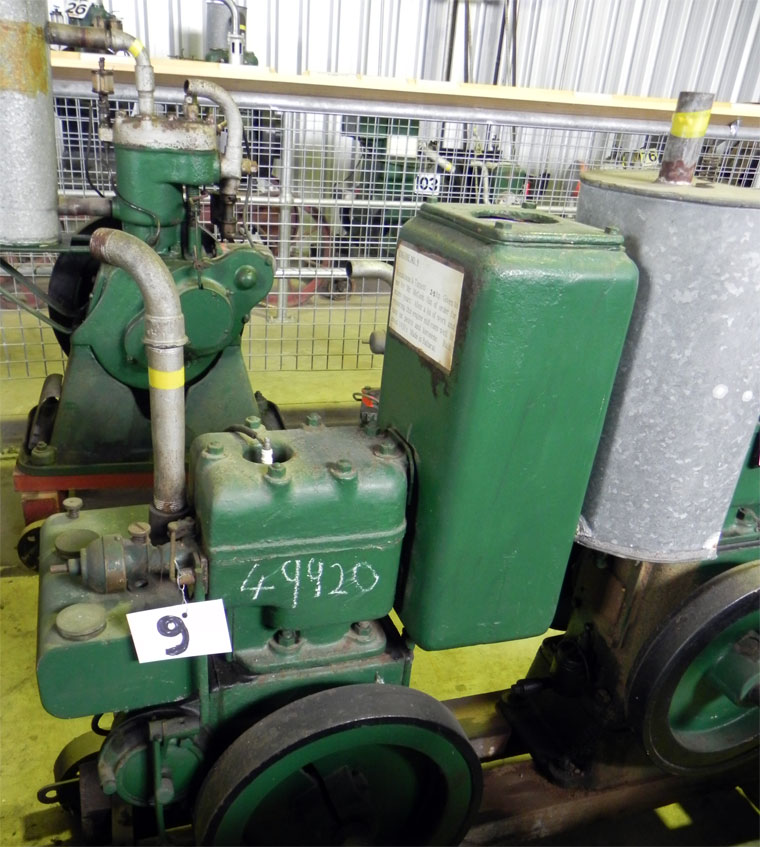 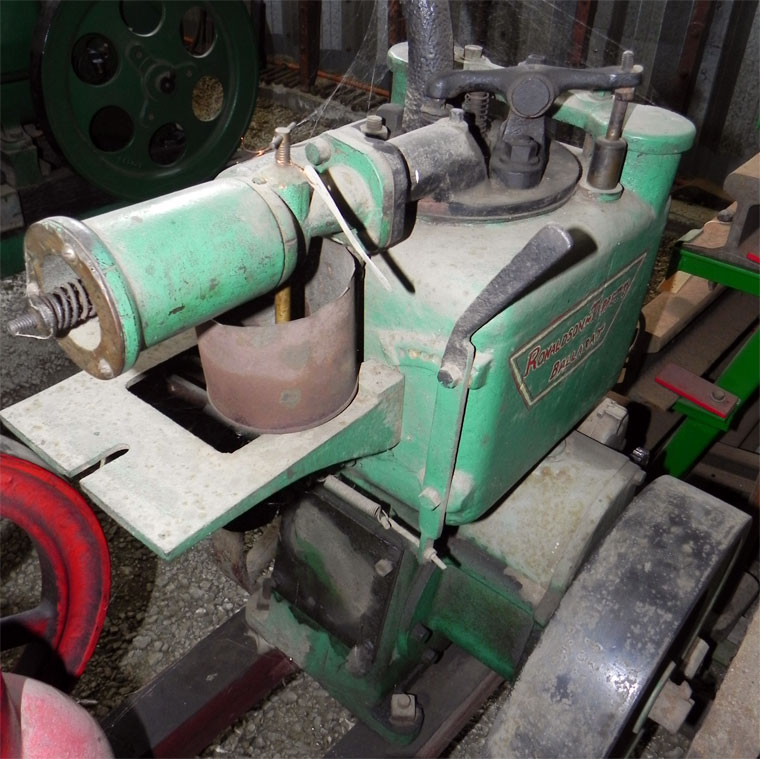 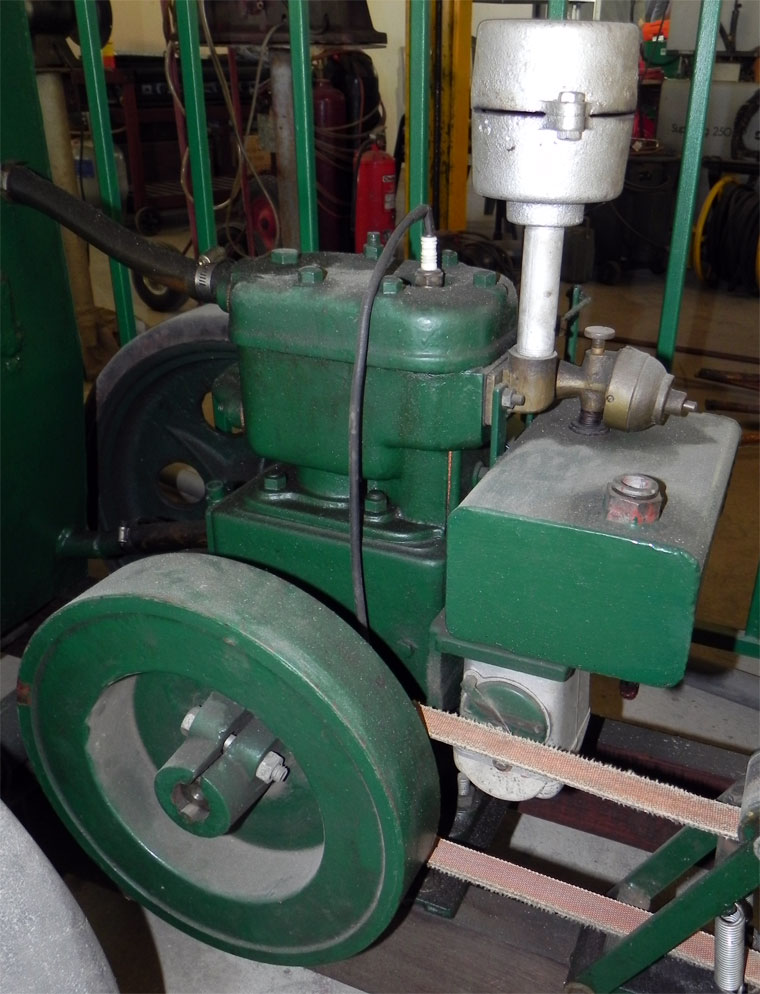 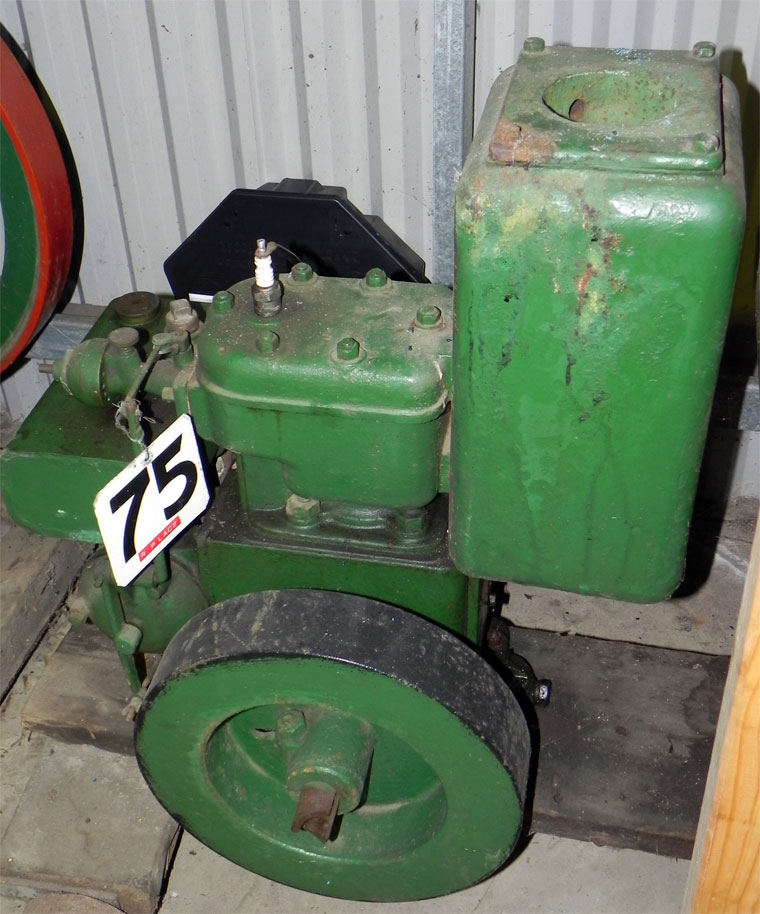 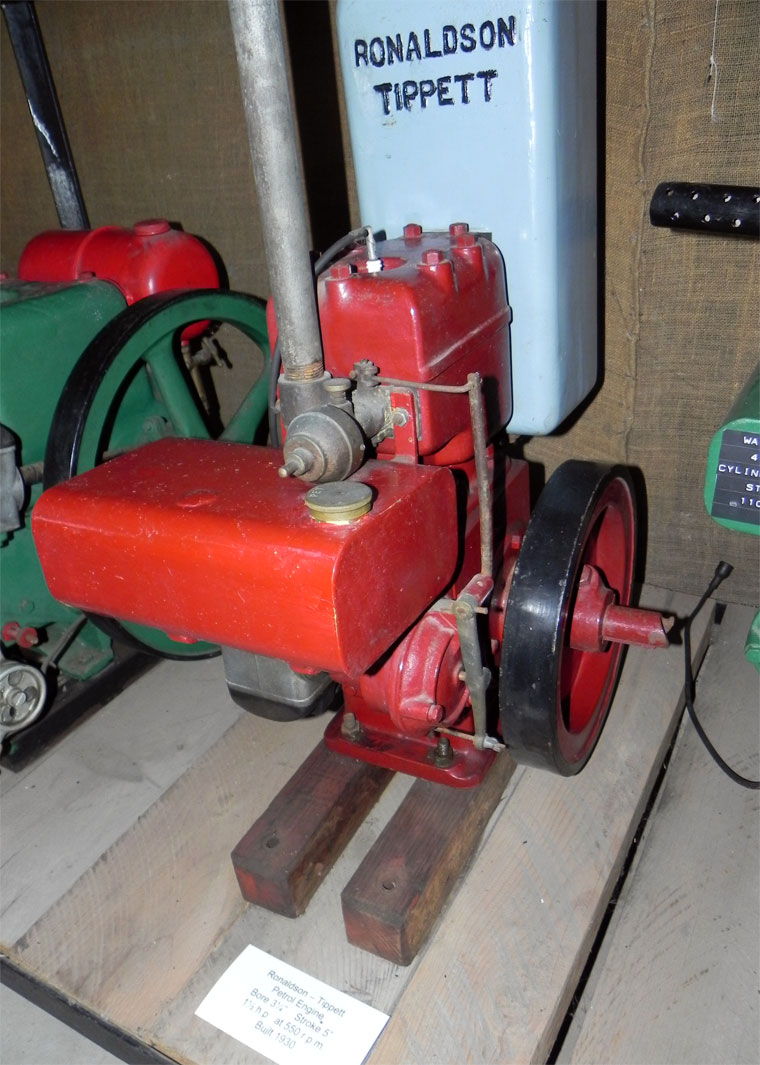 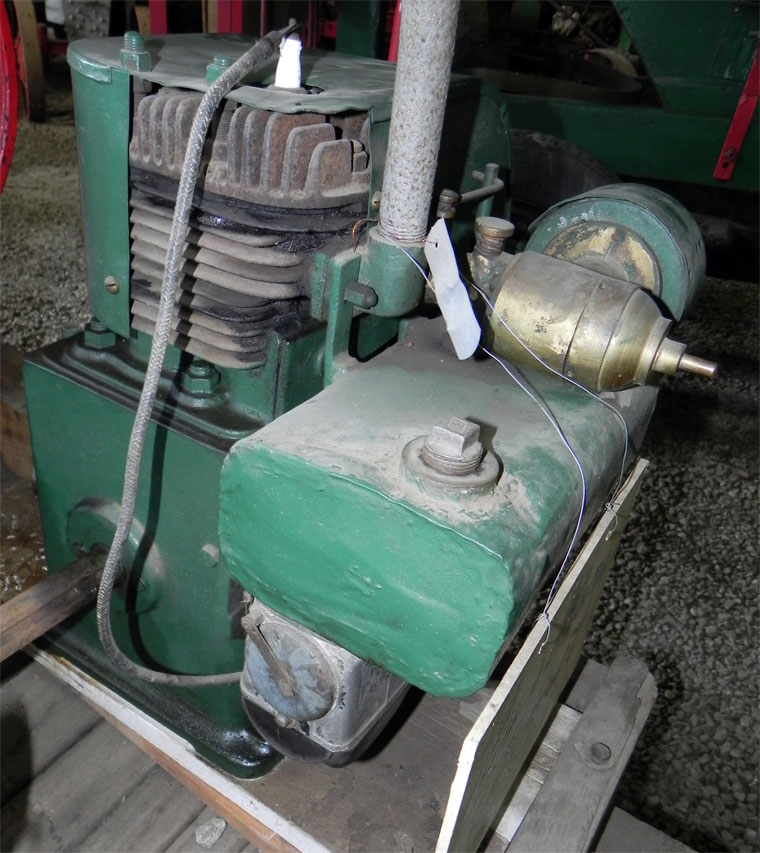 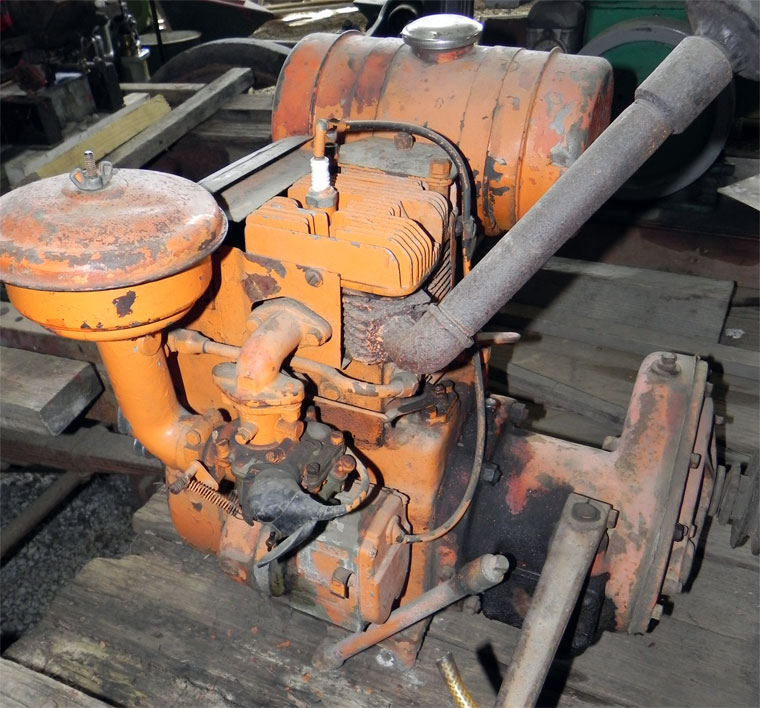 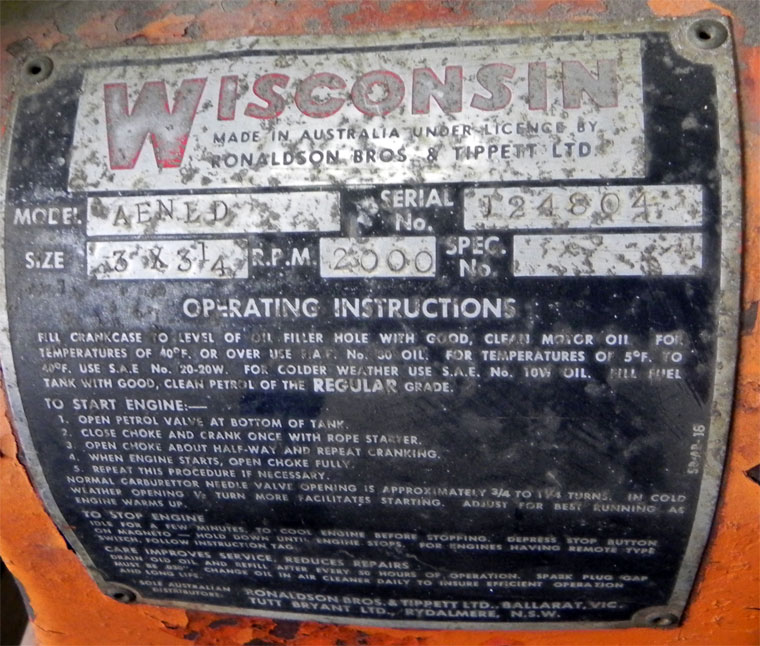 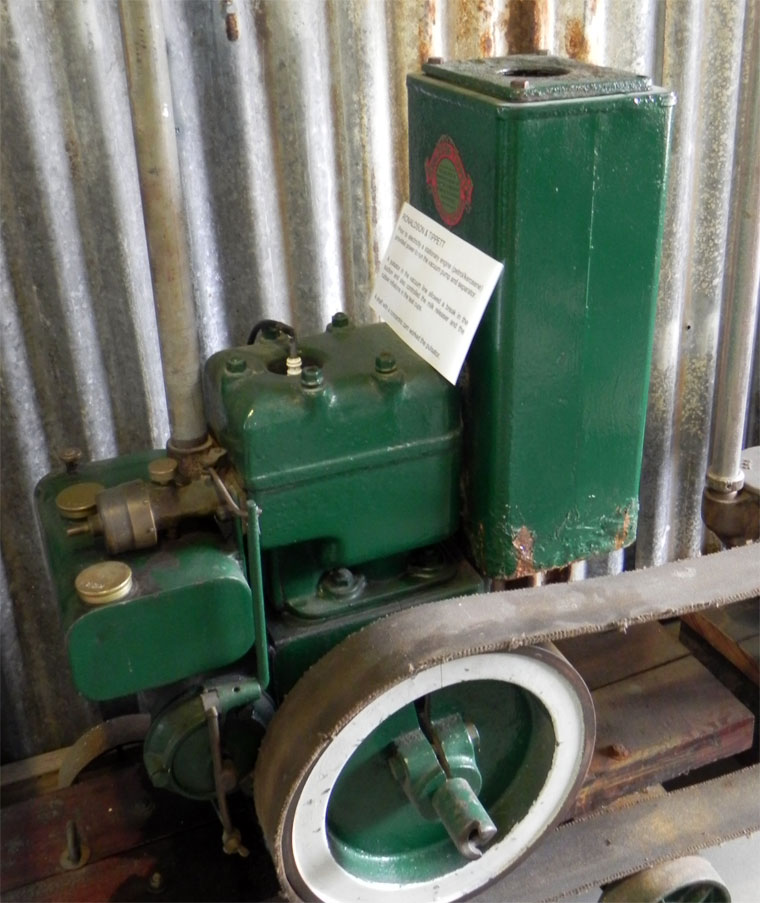 Whilst continuing to manufacture the chaff cutters, corn crushers, and horse works for which Dave had already established a good reputation, the new company also turned is attention to the relatively new field of internal combustion engine design and manufacture. Over the next four years they sold some 300 oil vertical and horizontal oil engines marketed under the Austral brand name. Customers experienced somewhat variable results with the early Ronaldson and Tippet engines. Principally this appears to have been due to the simplicity of the design, with the lack of timing control tending to cause some fuels to pre-ignite.

In 1908, the Austral engine design was completely revamped incorporating several improvements reputed to have been copied from the popular English built Blackstone engines. Changes included the addition of a side shaft driven governor (replacing the belt driven governor), a pumped fuel supply (replacing a gravity feed), an improved vaporiser, and most importantly, a timing valve to accurately control the firing point. Another distinctive feature of the new engine was a patent carburettor design that allowed it to be started on petrol and automatically switched to cheaper kerosene fuel once warmed up.

The new engine design was an immediate success, and soon became the mainstay of the company's operations. By 1913, the firm's works had expanded to cover two acres with a work force of 150 and their own iron and steel foundry. The firm's engines and agricultural machinery could be found on farms throughout Australia. Over a twenty year period, between 1908 and 1928, some six thousand Austral oil engines were built in a range of sizes as either stationary or portable units. During this period further improvements, such as magneto spark ignition and crude oil fired models were introduced. By 1927, the company could proudly boast that they were the "largest engine manufacturers in the southern hemisphere".

In 1924, the company commenced production of the Ronaldson-Tippet 18-30 "Super Drive" tractor, derived from the American Illinois Super Drive tractor design. The tractor featured on an imported 4 cylinder water cooled petrol/kerosene Wisconsin engine and initially many of the other components used were also imported. Later Ronaldson and Tippet developed a modified manifold that allowed their tractors to be run on light crude oil and a suction gas powered version, capable of running on waste timber or mallee roots. A total of around 450 Super Drive tractors were built before production ceased in 1939.

During this period, there were few finance companies willing to lend money to Victorian farmers, so the company sold many of its tractors "on terms". The depression of the early 1930s caused such financial hardship that farmers were unable to keep up their repayments. The company was forced to reposes many tractors which were rebuilt, renumbered, and then resold as new tractors, some up to three times.

Small vertical hopper cooled petrol engines and electric lighting plants were also added to the firm's product range during the 1920s, the latter providing essential electric power and lighting for many isolated farms and rural homes prior to the state wide expansion of the State Electricity Commission electricity grid. In 1938, the company gained considerable publicity from a contract to supply electric lighting plants to the Federal Government for use in coastal lighthouses around Australia.

Wartime defence production saw the company turn its attention to the manufacture of marine diesel engines, shell lathes, gun mountings and small air-cooled petrol engines designed specifically for use in the tropics. Following the war, the company continued to expand, though the nature of their business changed considerably to that of a specialist high volume manufacturer, producing mainly Wisconsin designed air cooled petrol engines and German designed Goldners heavy duty diesel engines under license.

In January 1949, the company reached a significant landmark turning out their 50,000th engine.

During the 1950s, the Wisconsin Motor Corporation, of Milwaukee, Wisconsin, USA, purchased a 51% controlling interest in Ronaldson Bros & Tippet, which they subsequently sold to the Melbourne based Merbank Corporation, in 1970.

1972 Two years later, the Ballarat works were closed and all assets sold off.