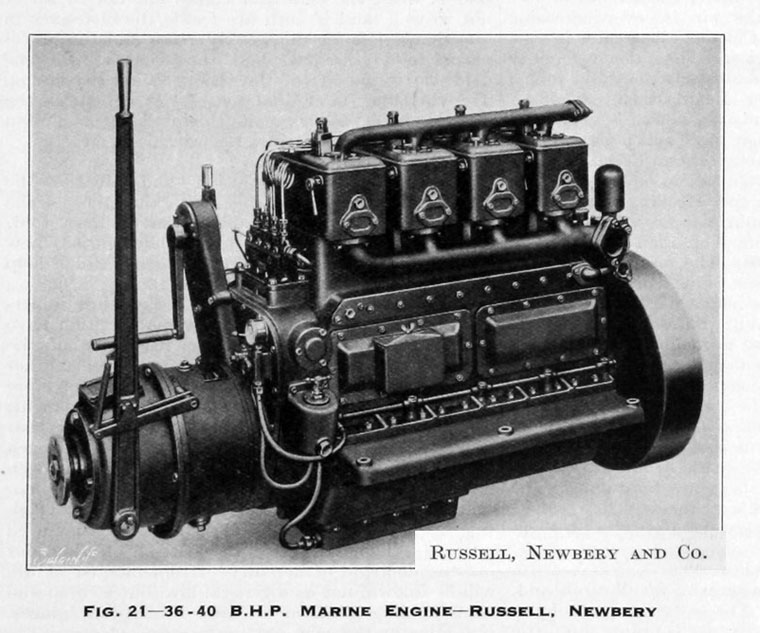 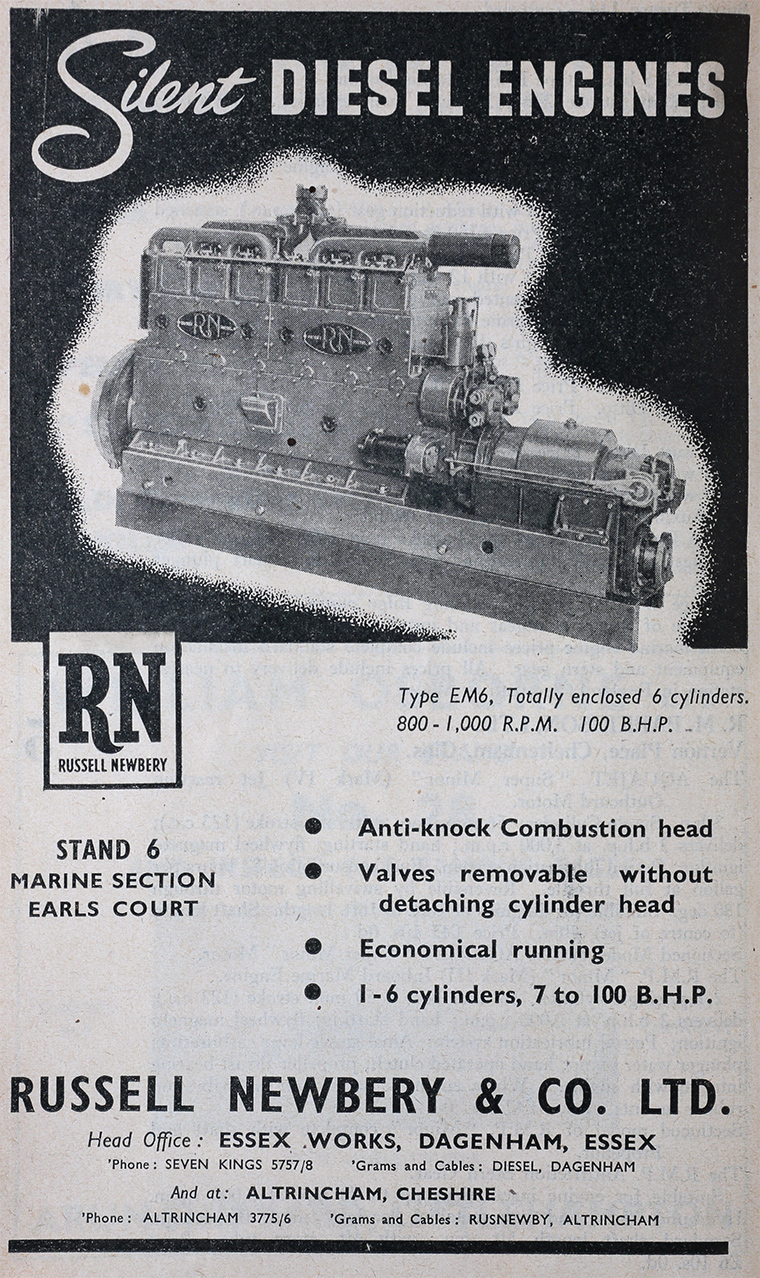 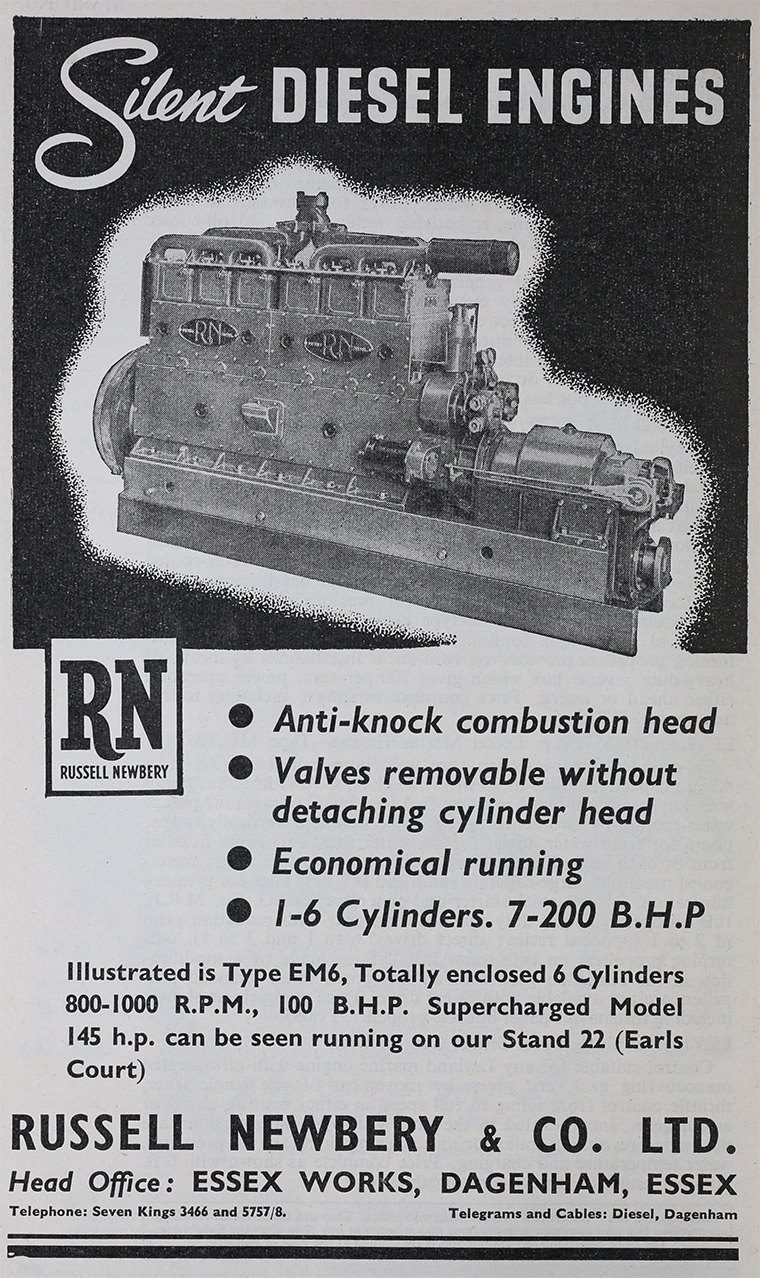 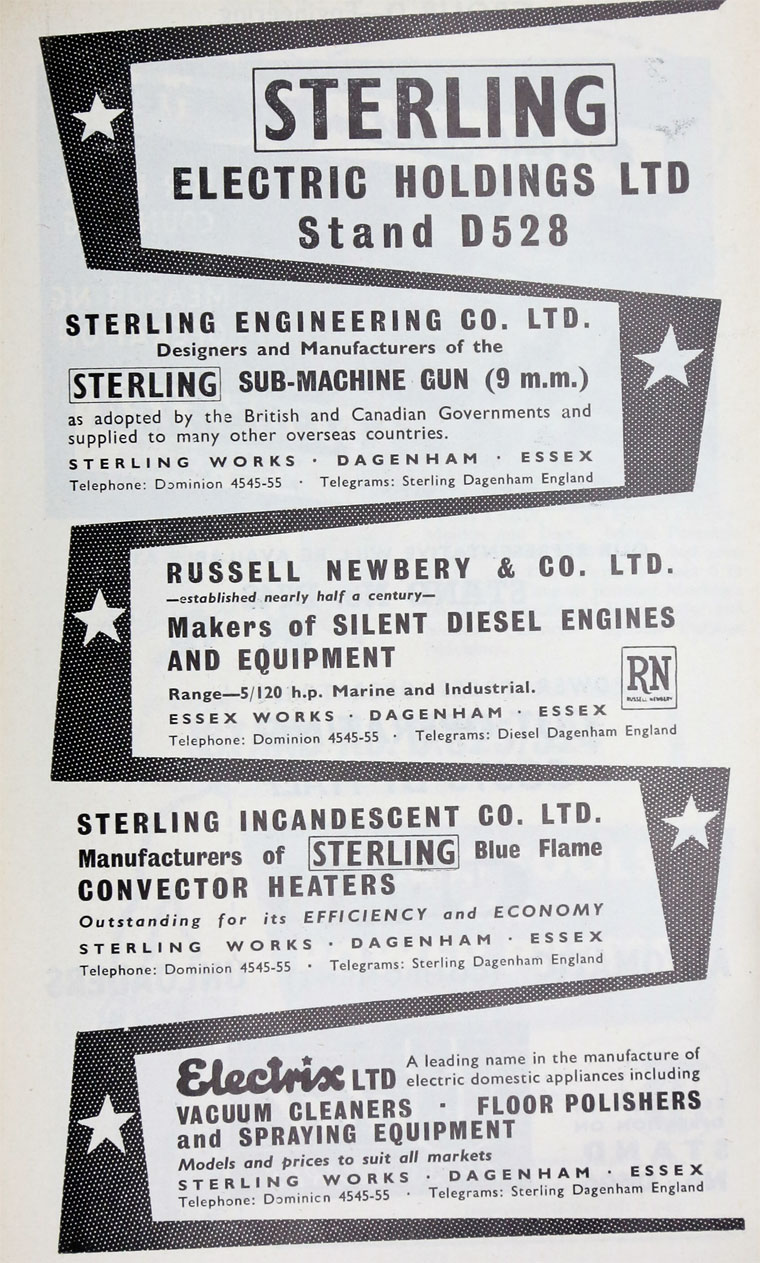 1909 having served their apprenticeships with Royce Engineering in Manchester, Frederick Russell and William Newbery set up their own business in a works at Altrincham. Commenced production of petrol and petrol / paraffin engines for lighting plants

1913-1917 For a list of the models and prices of Paraffin Commercial and Agricultural Motors, Tractors, Ploughs, Sprayers, etc. see the 1917 Red Book under R. N. name.

c.1950 The company moved to Dagenham

By 1957 was a member of Sterling Electric Holdings. Maker of RN "silent" diesel engines.