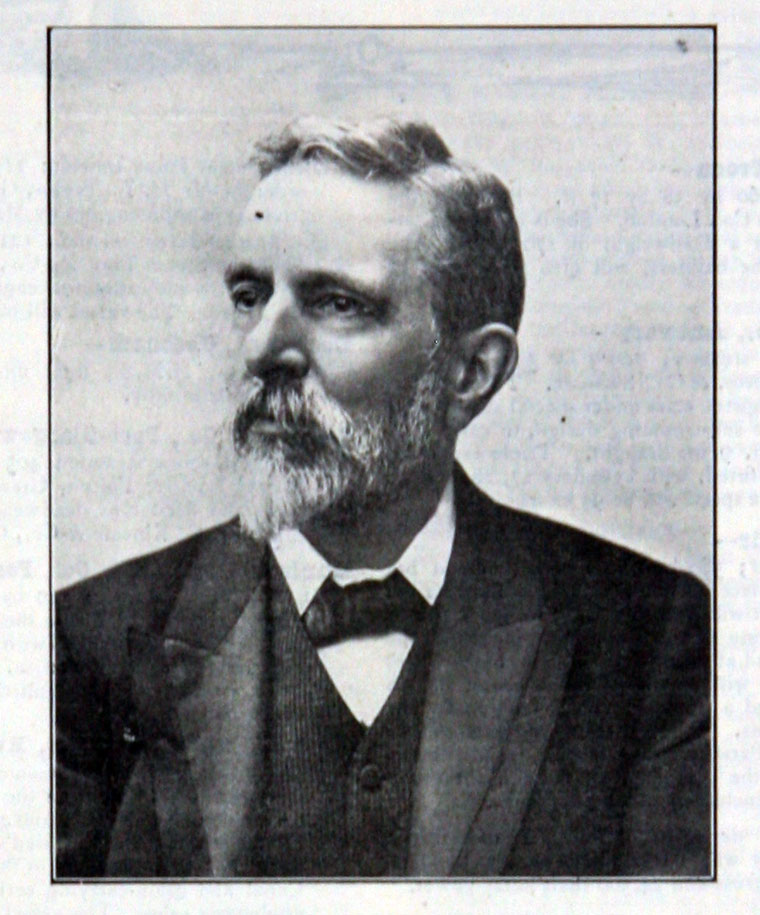 Dr. Thearle was one of the best known in the world of shipbuilding, and was an authority on naval architecture.

c.1860 When he was 14 years old he entered Devonport Dockyard as a shipwright apprentice alongside William Henry White.

In 1865 he was included among 4 students selected by the Admiralty to undergo a 3 year course of study at the then newly formed Royal Naval School of Architecture. He achieved a diploma of Fellow and was appointed dockyard draughtsman.

In 1872 he became draughtsman at the Admiralty, and in 1876 he offered himself as a candidate for a surveyorship in the service of Lloyd's Register and he served successfully at Greenock, London, Bristol and Glasgow.

Dr. Thearle was the author of 5 valuable books on naval architecture. The earliest was an elementary treatise on Laying of Wood and Iron Ships. It was published in 1873.

In 1876 he published Theoretical Naval Architecture.

1887 Thearle's Modern Practice of Shipbuilding in Iron and Steel was first published.

1898 he was appointed principal surveyor at Newcastle.

1900 he was transferred to London as assistant to the chief surveyor, to which position Mr. H. J. Cornish had then succeeded.

He was a member of the Council of the Institution of Naval Architects and a Vice-President.

In 1910 he received the honorary degree of Doctor of Science from the University of Durham. [1]

1915 Member of the Departmental Committees on Bulkheads and Water-Tight Compartments.

Dr. SAMUEL JAMES POPE THEARLE died at his residence in South Croydon on November 13, 1913. He was born in Portsmouth in 1846, but it was in the Devonport Dockyard that he served his apprenticeship contemporaneously with the late Sir William White.

When the Royal School of Naval Architecture was founded in South Kensington in 1864, he was among the shipbuilding students appointed by the. Admiralty after a competitive examination extending over all the Royal Dockyards. On the completion of three years' study he was granted the diploma of Fellow, and was at once appointed to the position of dockyard draughtsman. He held this post for four years, during which time he was brought into contact with practical design problems. In 1872 he was given the position of draughtsman at the Admiralty.

In 1876 he became a surveyor to Lloyd's Register of British and Foreign Shipping, and during the thirty-seven years he was in their service he has won distinction, advancing to the highest position. In 1898 he became the Society's principal surveyor on the Tyne, and in 1900 he was transferred to London to act as assistant to Mr. J. Cornish, the chief surveyor.

In 1909, when Mr. Cornish retired, he was then promoted to be the Society's chief ship surveyor, a position which he held up to the time of his death. He had a facile pen, and had frequently contributed valued articles to the columns of the technical press. He was also the author of various works on naval architecture, notably that on Laying-off Wood and Iron Ships, published in 1873; Theoretical Naval Architecture, 1876; and Thearle's Modern Practice of Shipbuilding in Iron and Steel, 1887. In 1910 the honorary degree of Doctor of Science was conferred on him by Durham University. He was a Vice-President of the Institution of Naval Architects, and was elected a member of the Iron and Steel Institute in 1902.