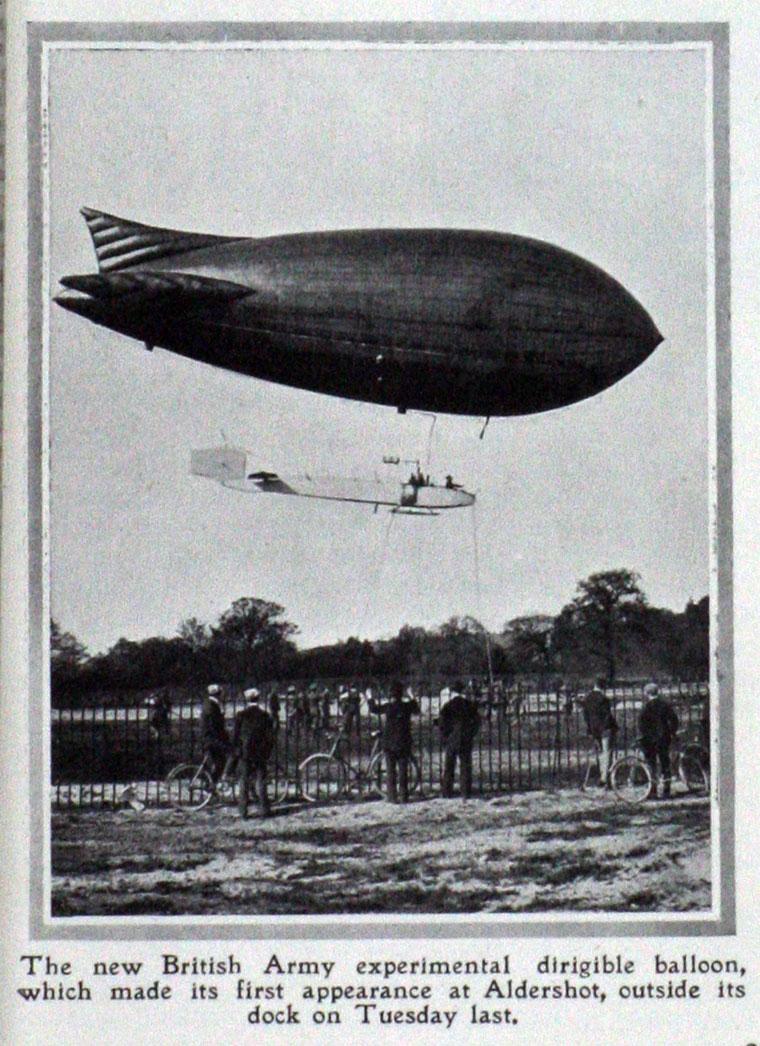 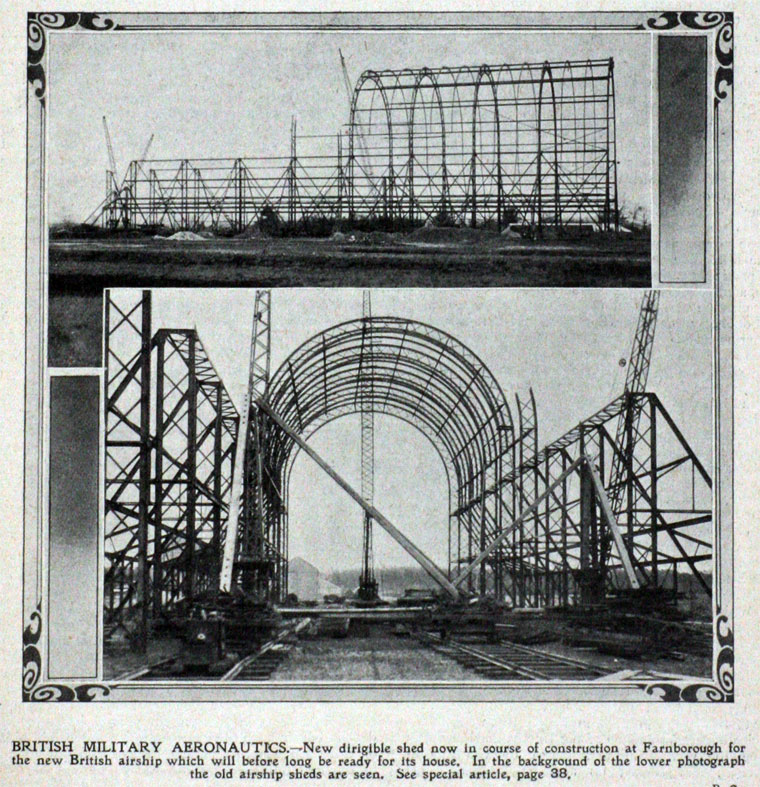 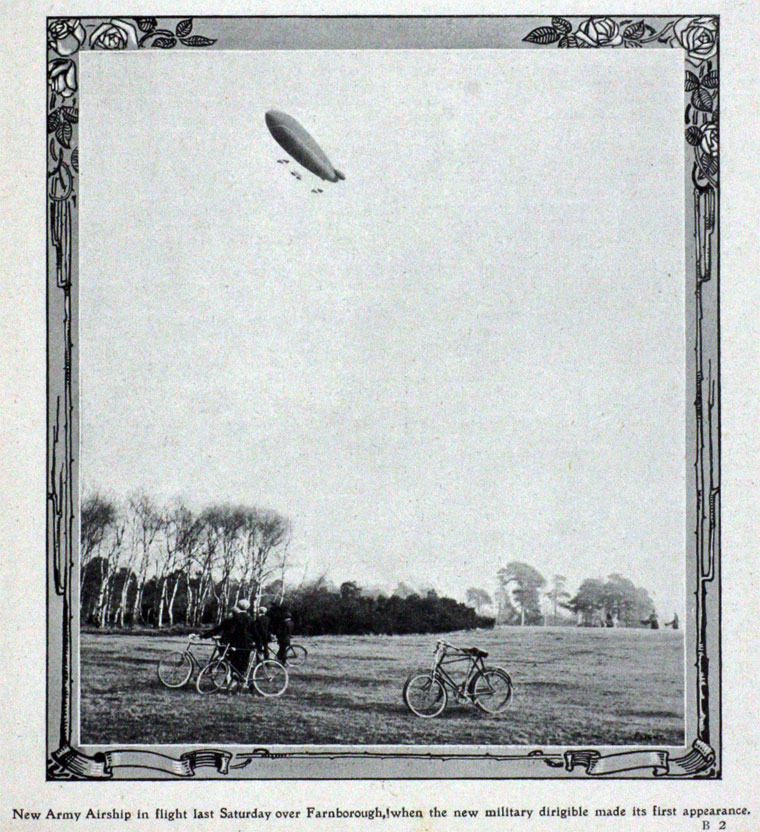 Note: This is a sub-section of School of Ballooning

British Army Dirigible No 1, christened Nulli Secundus (Latin: "Second to none") was a Semi-rigid airship that became Britain's first military aircraft when she flew on 10 September 1907.

The early design work was carried out by Colonel James Templer, and it was completed by Colonel John Capper of the Royal Engineers and Samuel Cody, the latter being mainly responsible for developing the steering gear and engine.

She was built at the School of Ballooning at Farnborough, and powered by a 50 hp Antoinette engine.

She made her first public appearance on 5th October when she flew from Farnborough to London. Crewed by Capper and Cody, she completed a tour over the city, and after circling St Paul's Cathedral they attempted to return to Farnborough, but 18 mph headwinds forced her to land at the Crystal Palace, Sydenham. Taking off at 11:00 pm, the flight lasted for 3 hours and 25 minutes and covered 50 miles overland.

On 10 October, still moored at Crystal Palace to avoid damage in high winds, she was buffeted so severely that some of the guy ropes tore free. Hydrogen was released through escape valves and a slit was made in the envelope by John Ramsey to speed up the process. Deflated and partially dismantled, the remains were taken back to Farnborough where they were used in the manufacture of Nulli Secundus II.