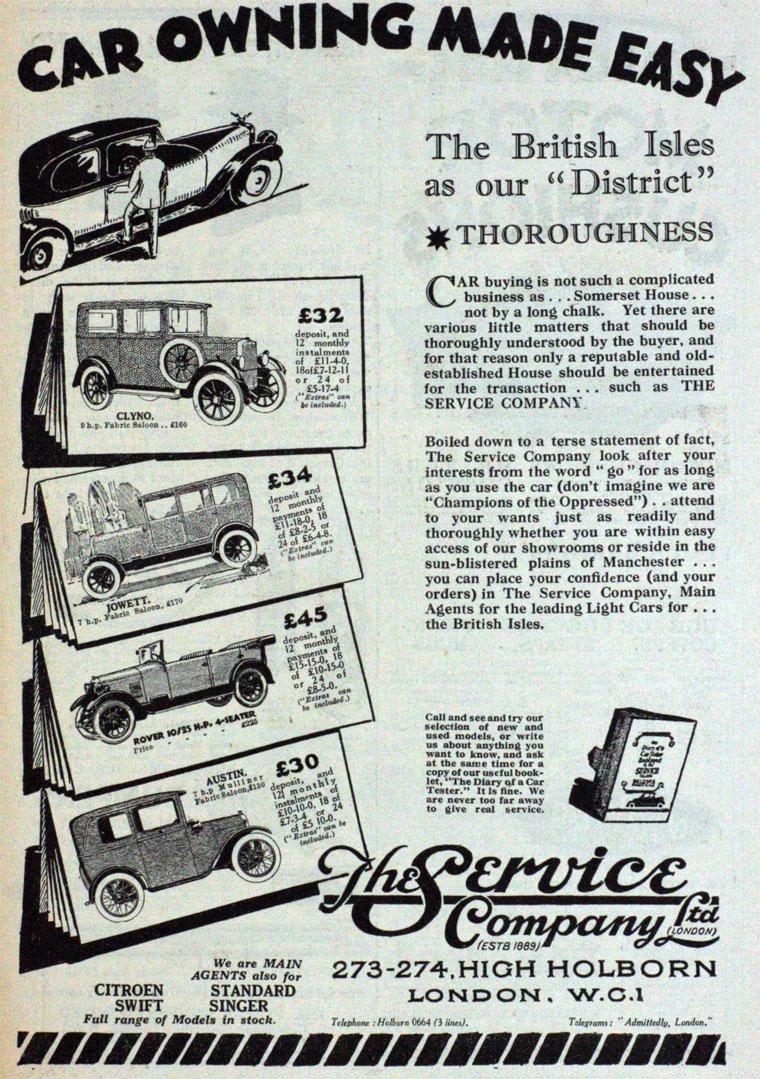 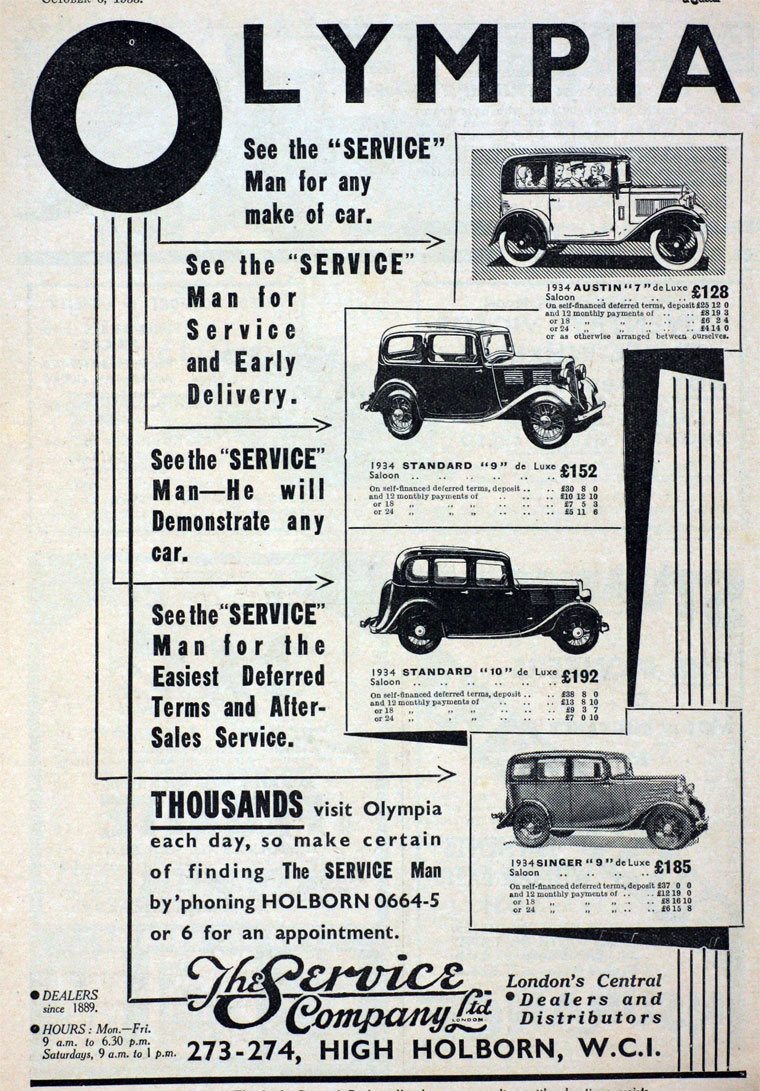 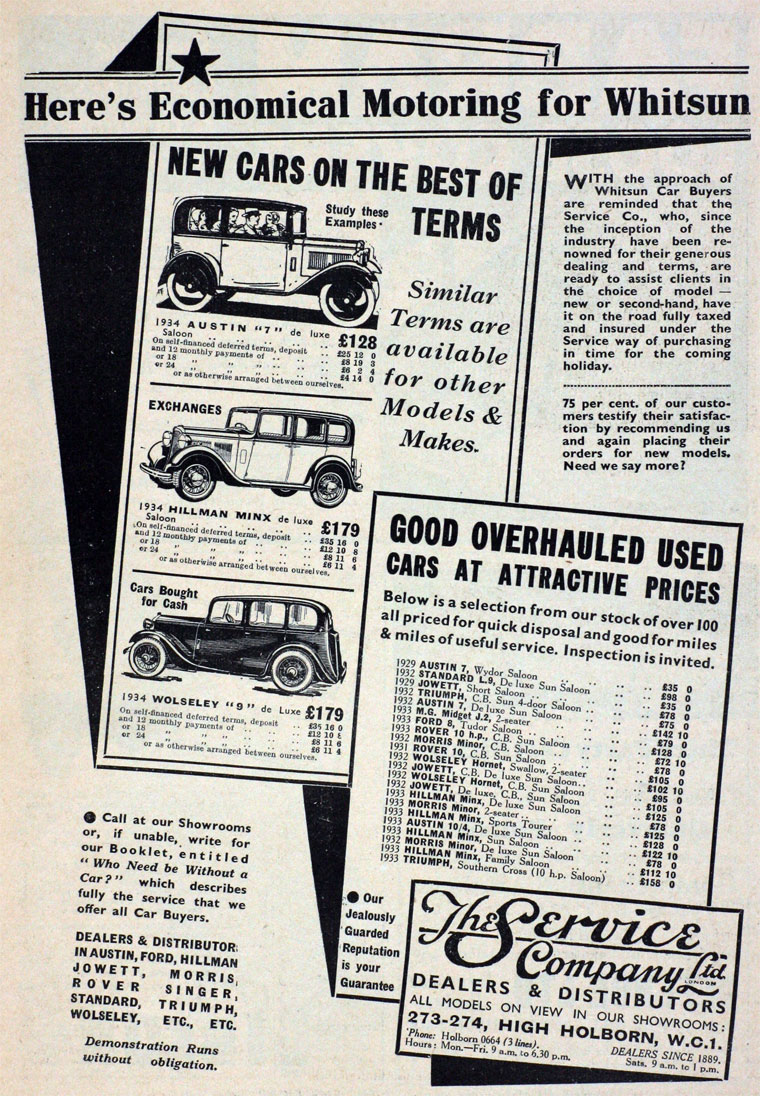 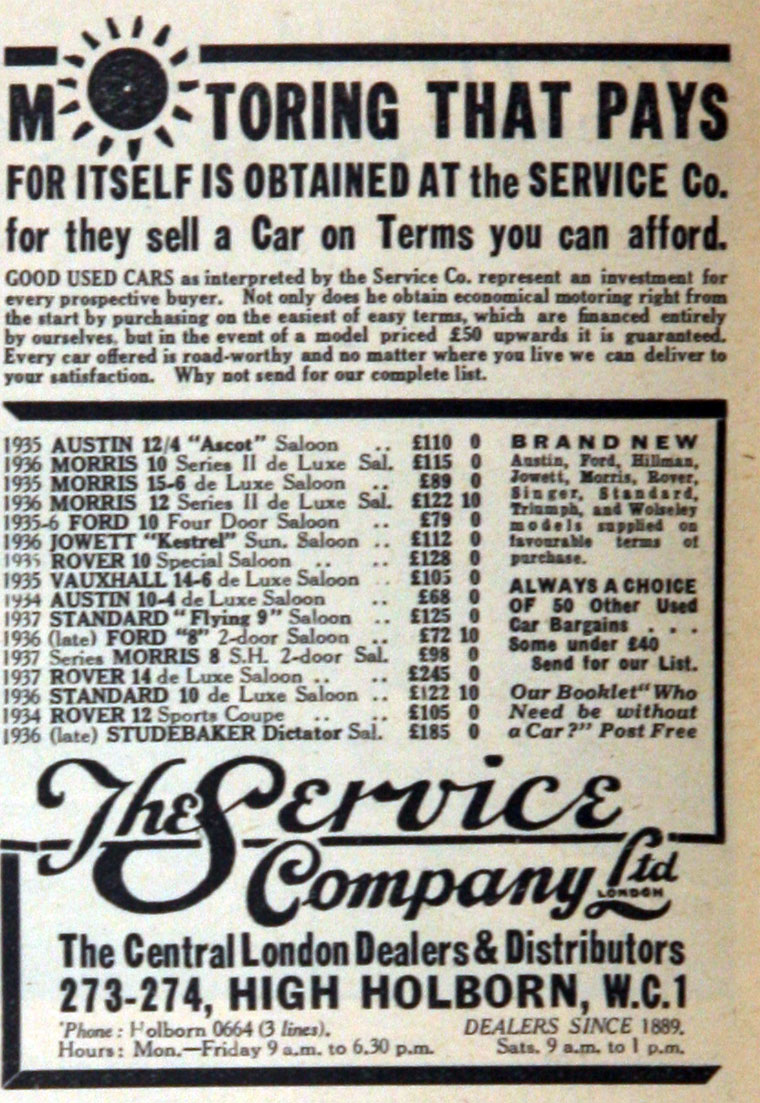 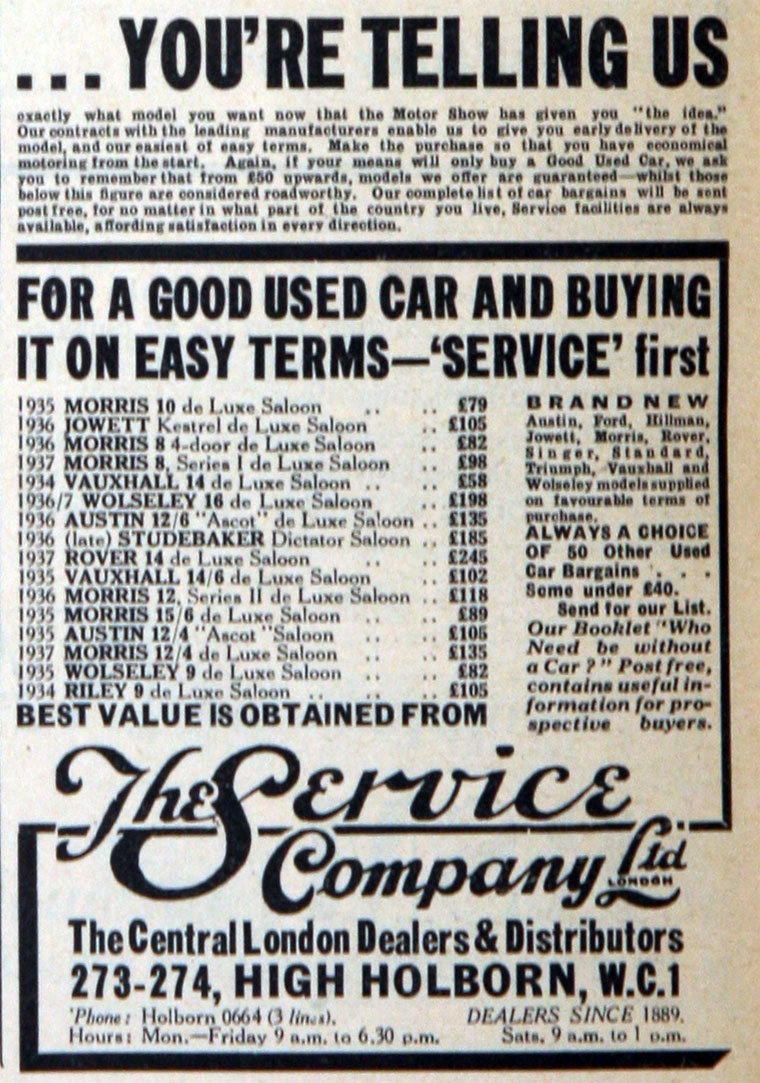 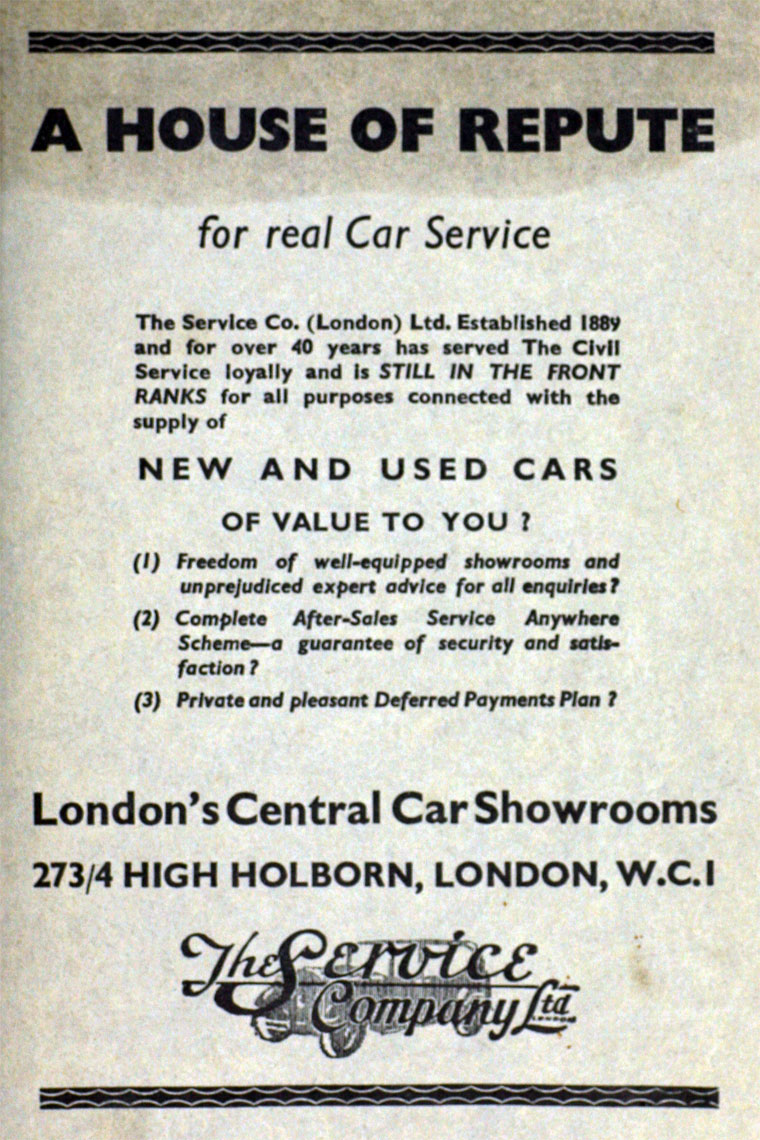 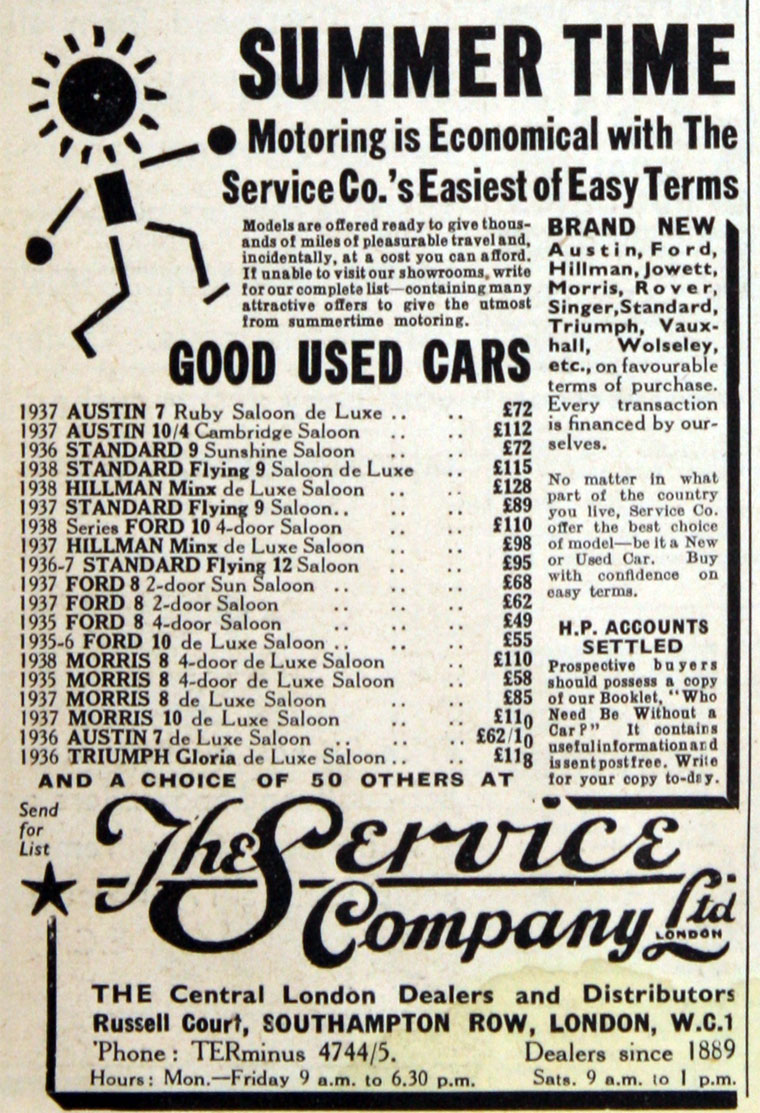 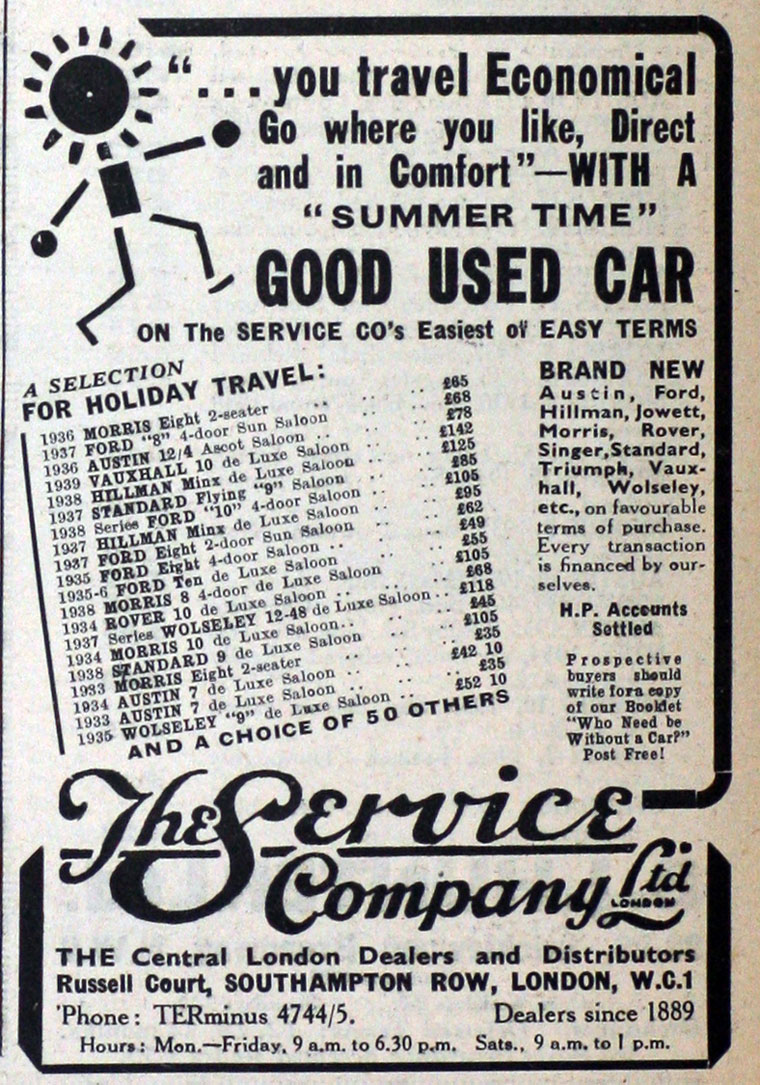 Service were motorcycles produced from 1906 to 1913

They were offered through a sales firm based in High Holborn, London. They were mainly re-badged Connaught machines made by the Bordesley Engineering Co

1908 They were now using 4hp and 5hp V-twin Antoine engines. All these machines were very primitive and typical of the era.

1911 Their machine was now fitted with a 4hp JAP engine with a Bosch magneto, B and B carburettor, Druid forks and belt drive.

1912 They added a further model fitted with an 8hp JAP V-twin engine and Roc two-speed hub.

1913 A further model appeared as a 3.5hp single fitted with an Armstrong three-speed gear.