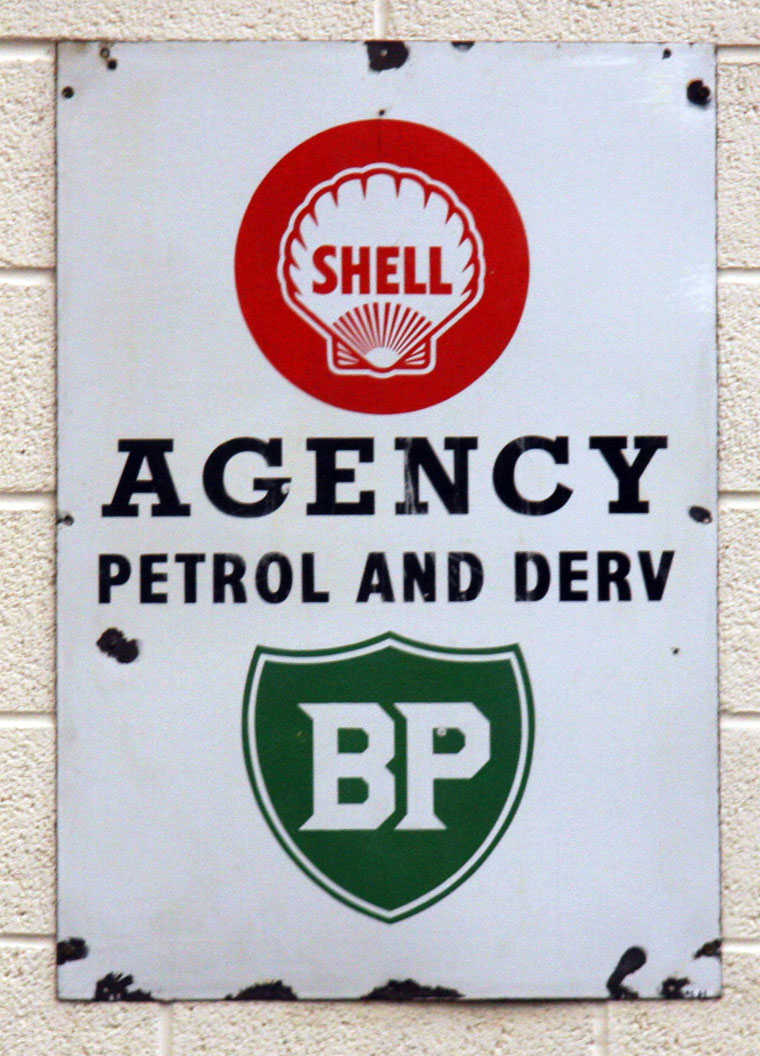 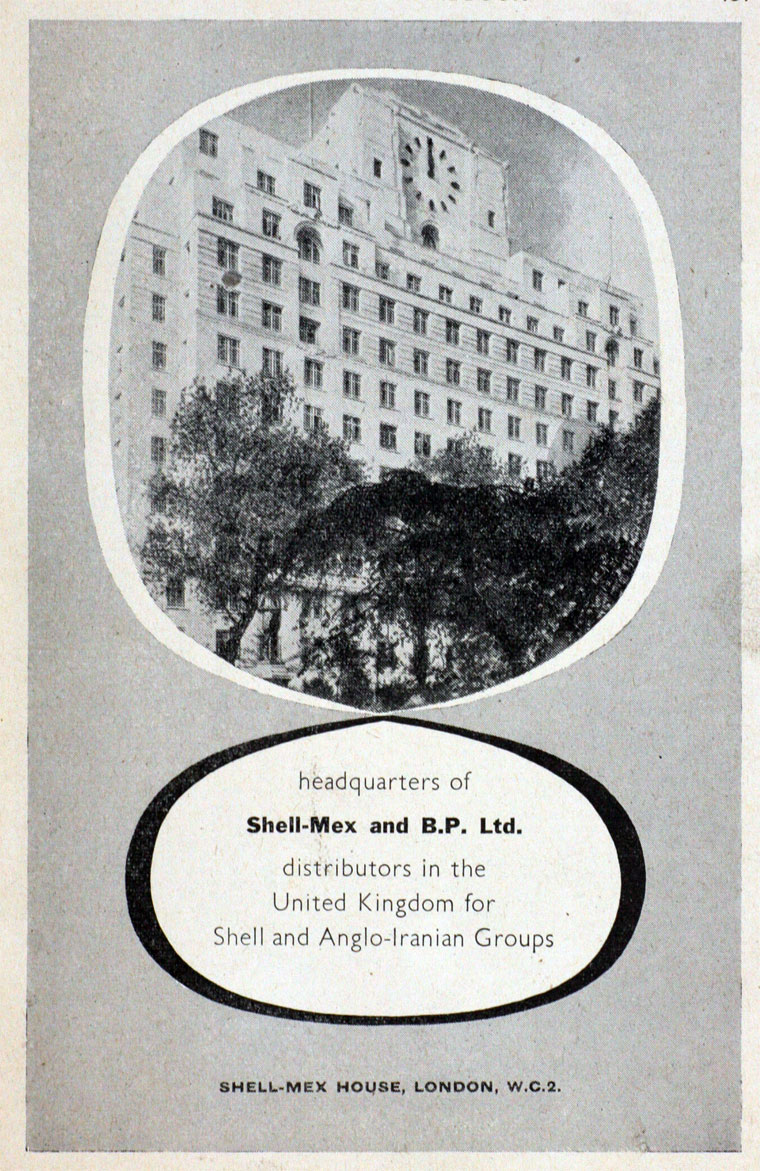 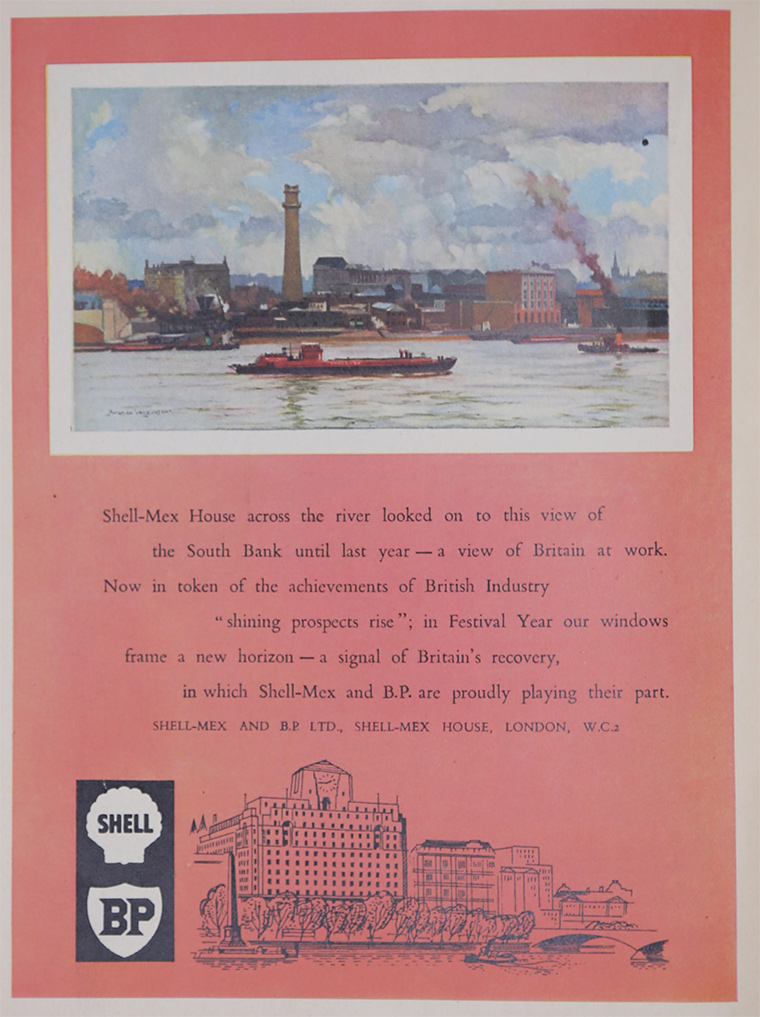 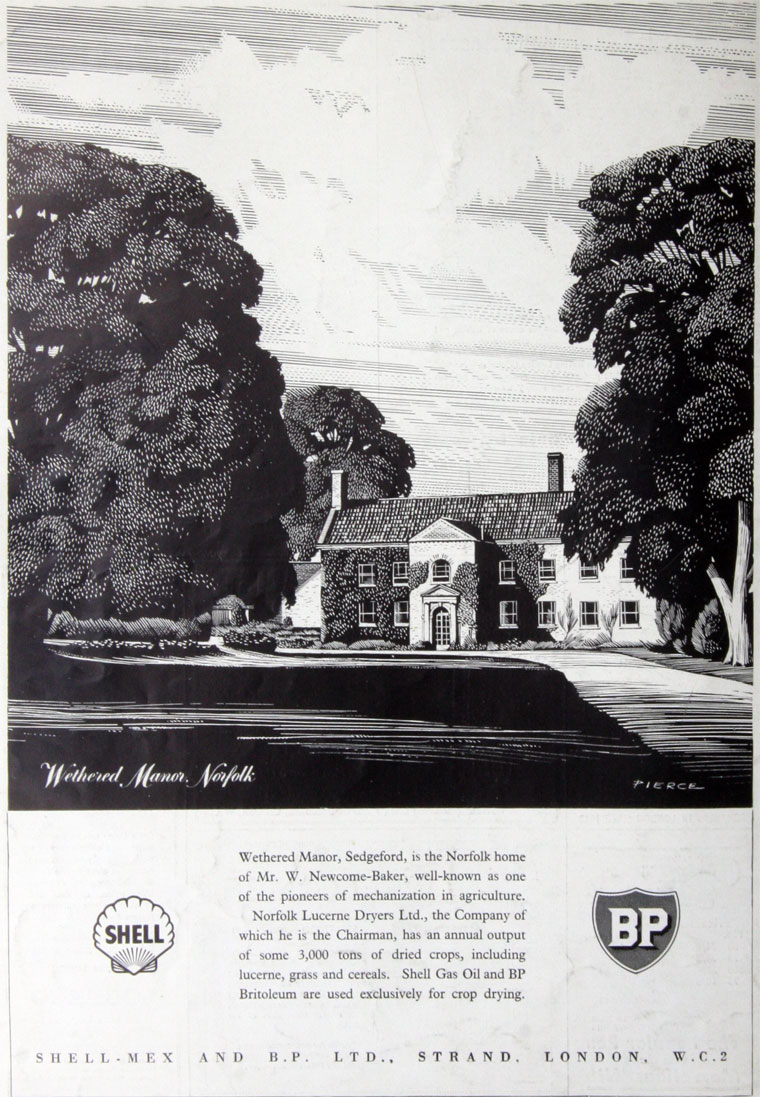 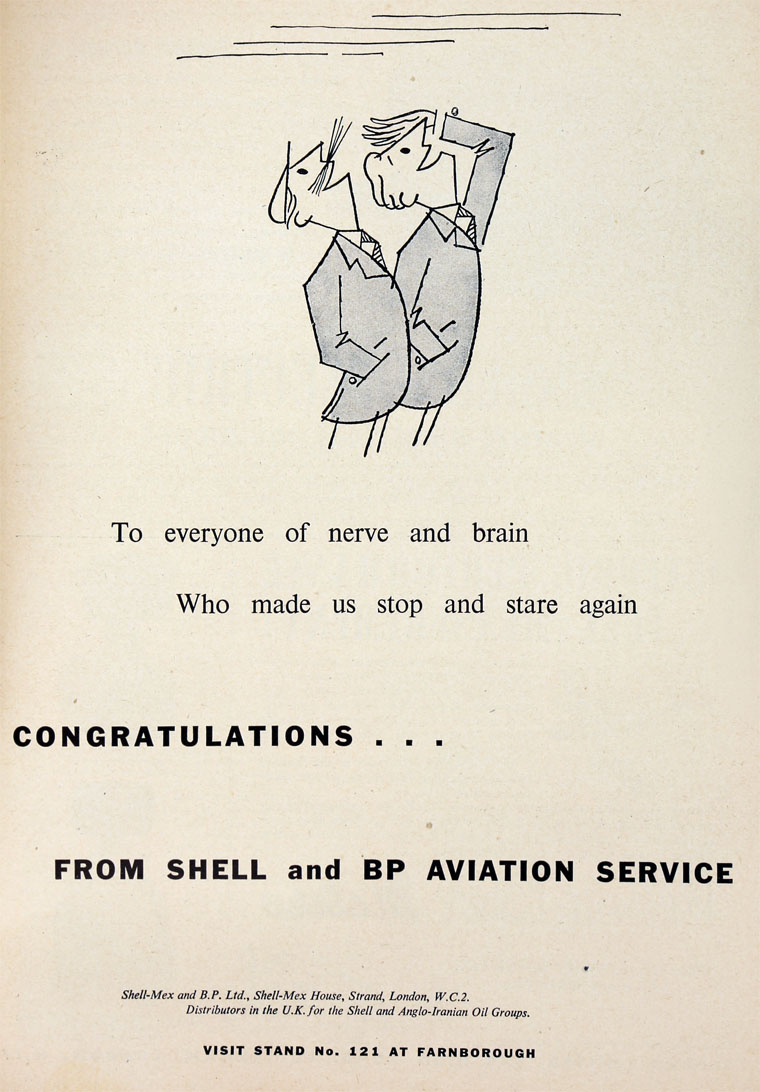 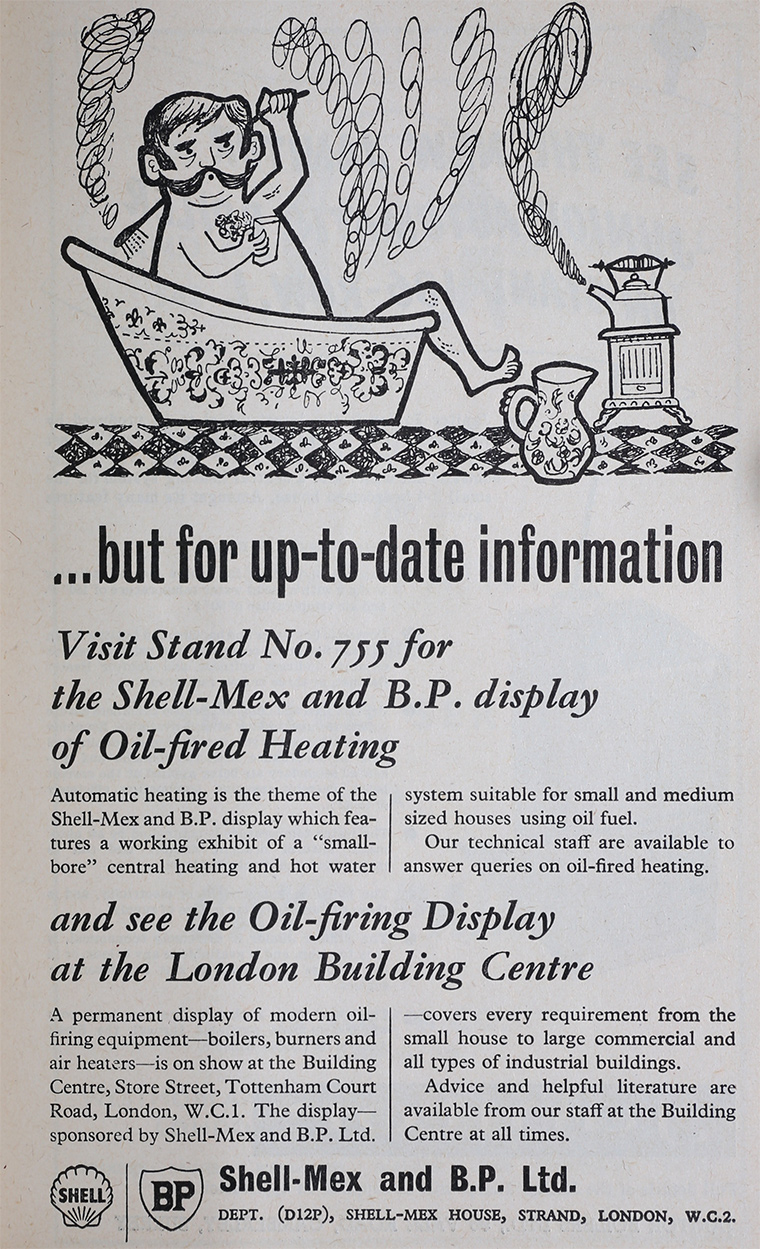 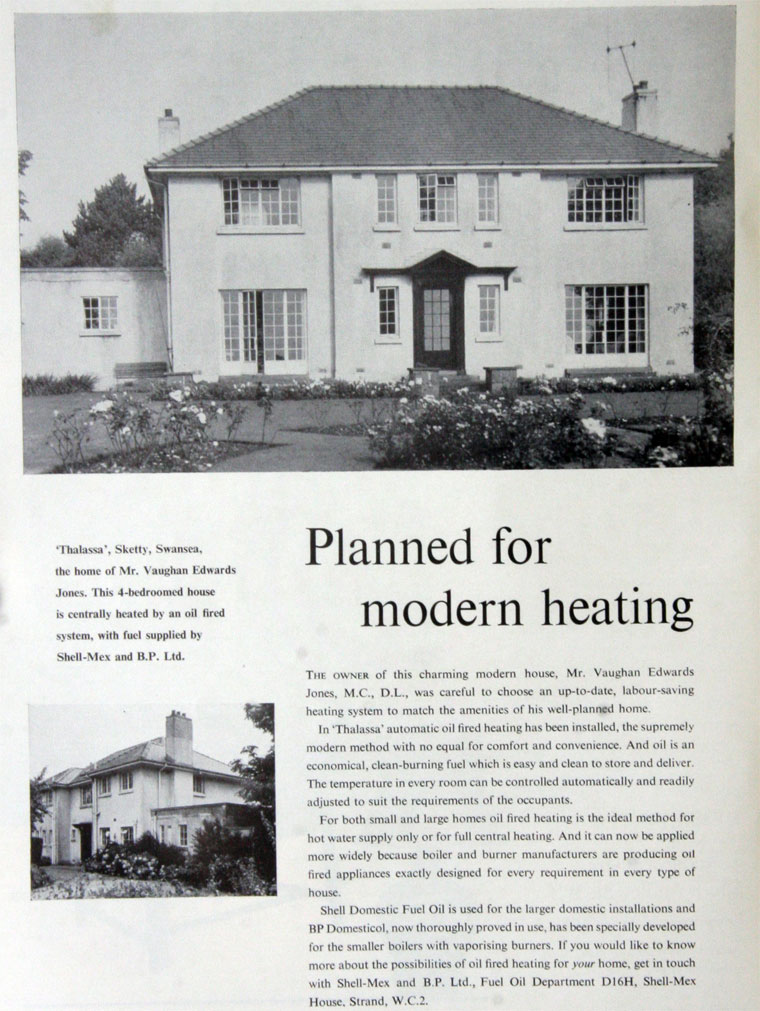 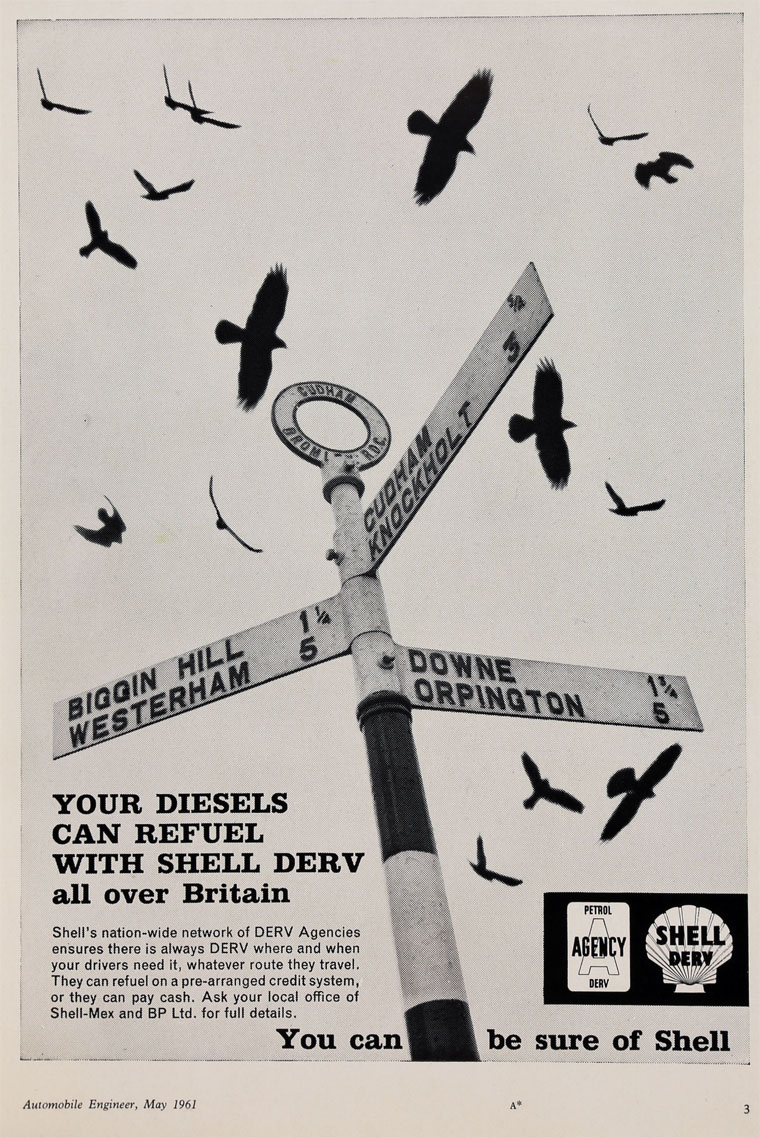 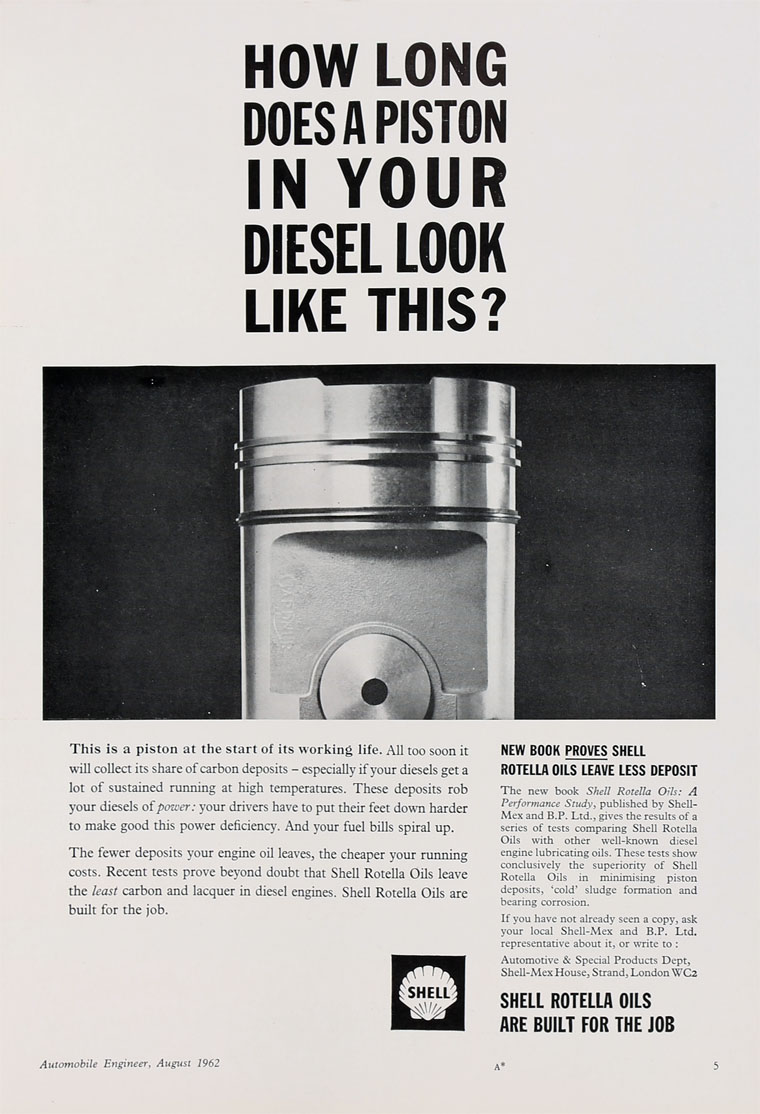 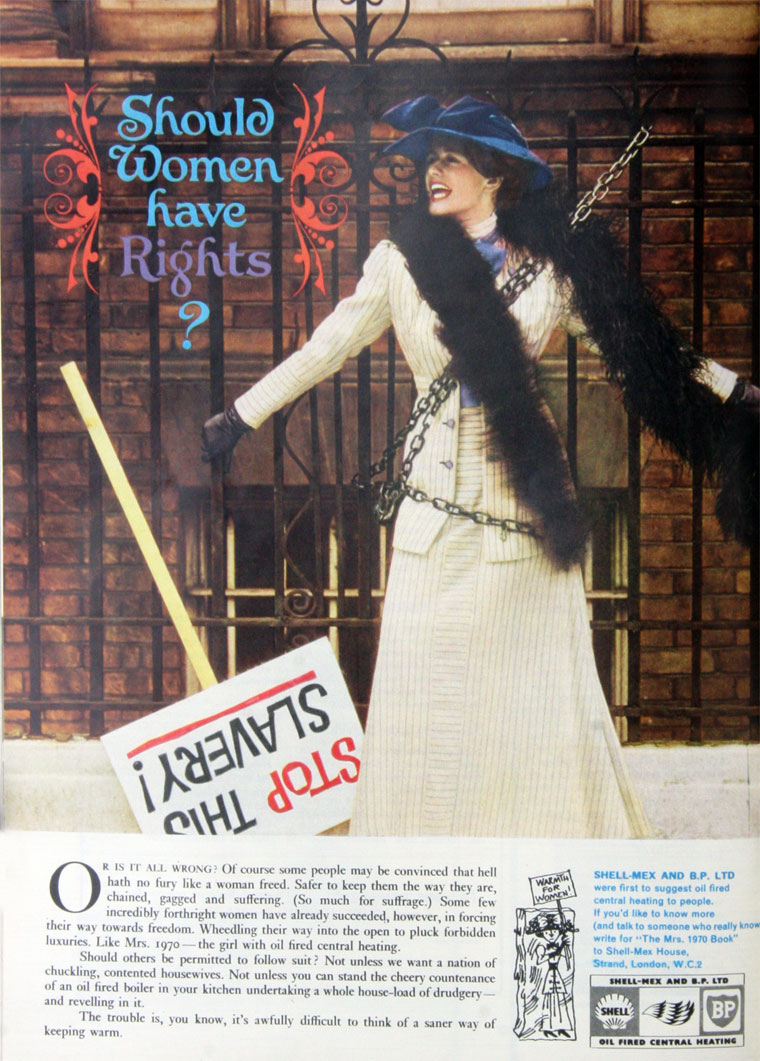 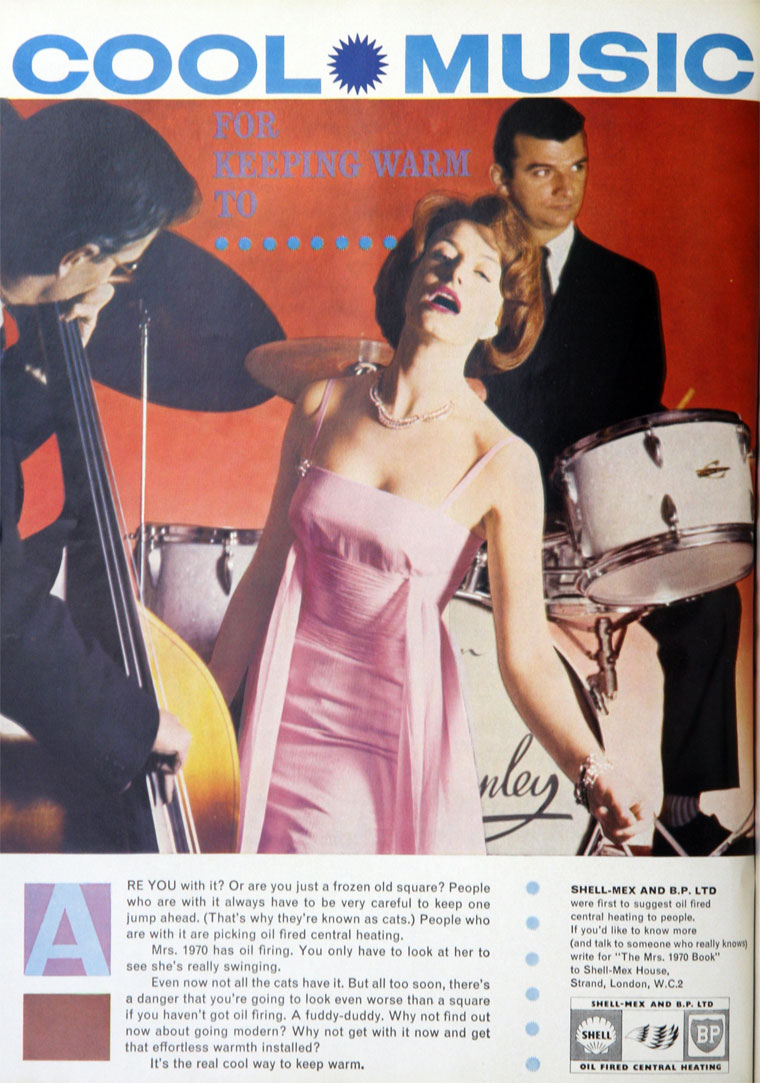 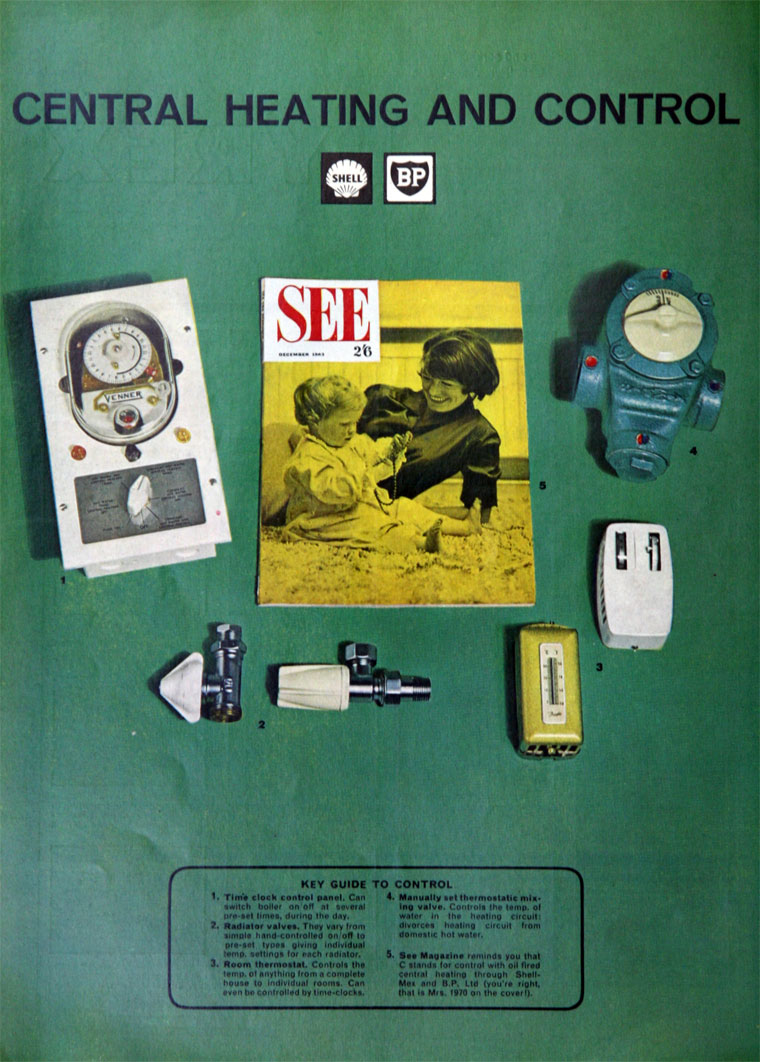 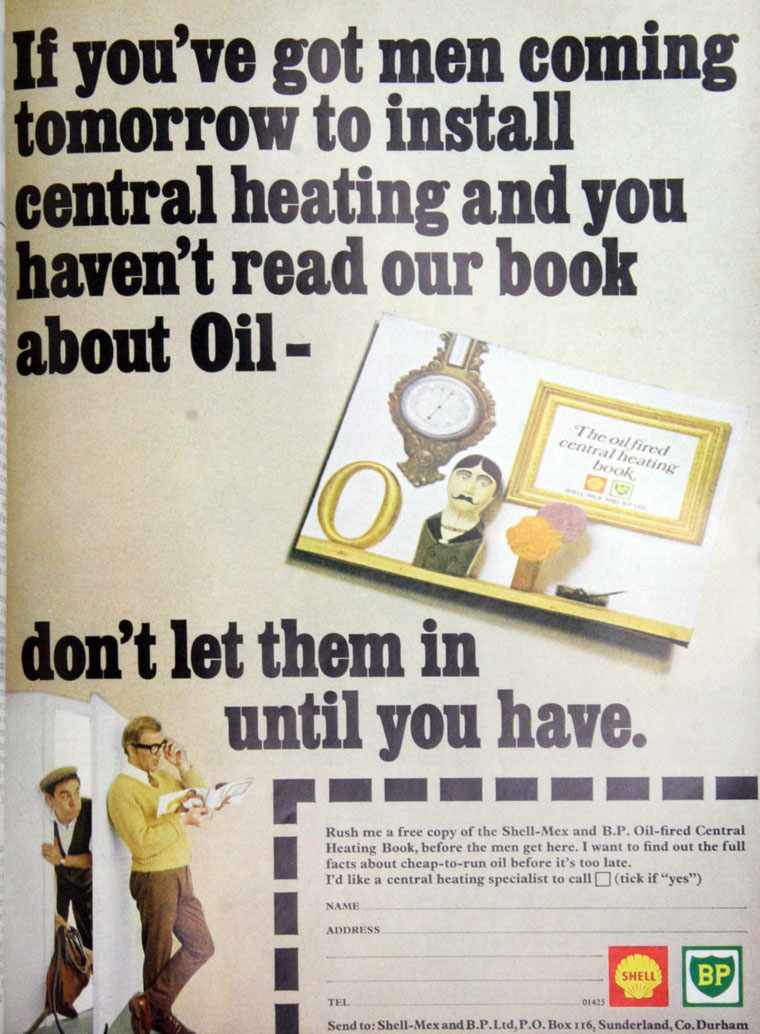 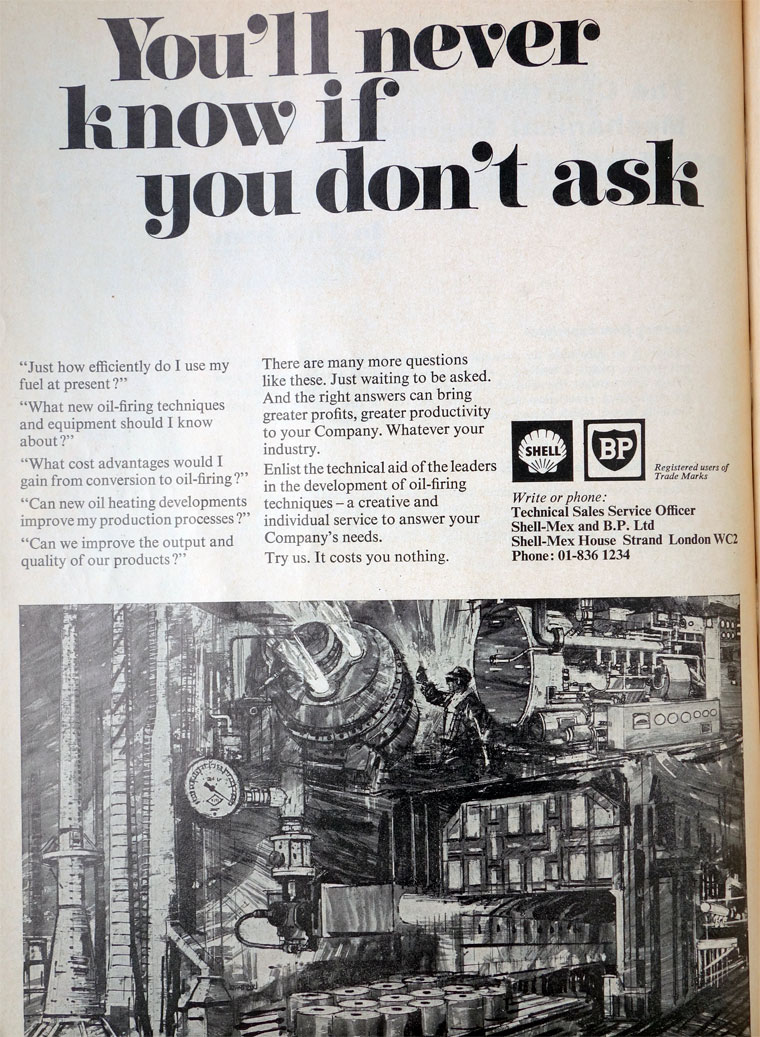 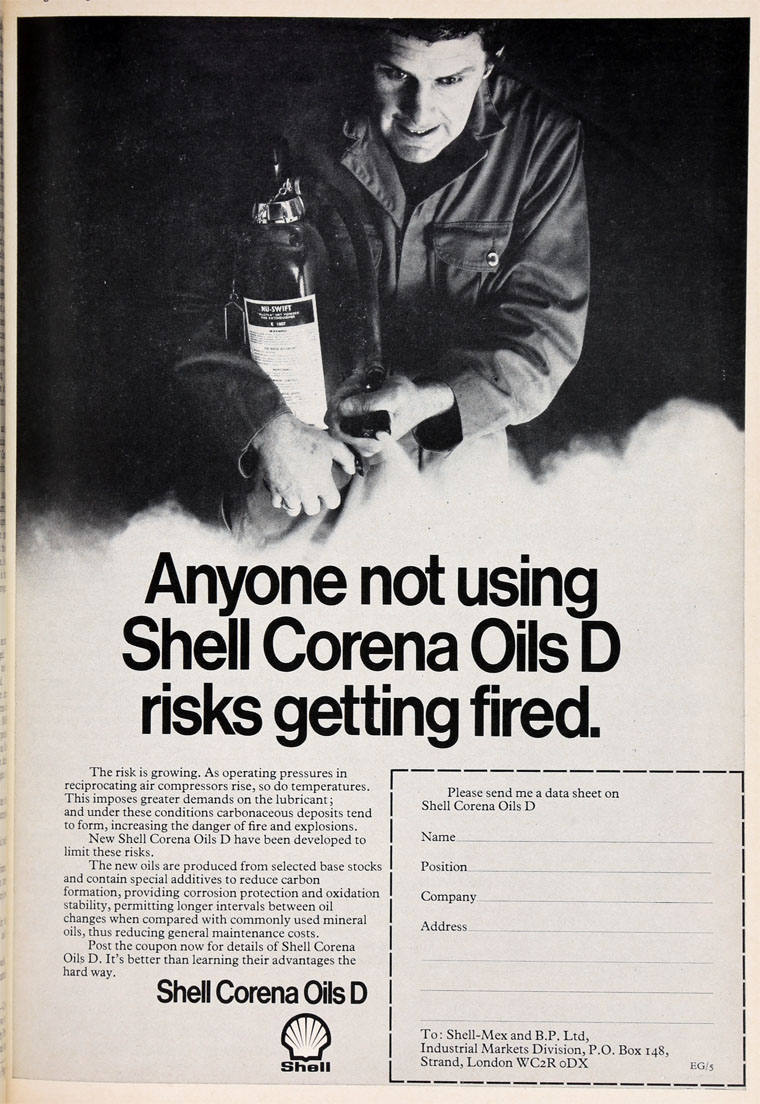 1938 the principal suppliers of petrol in the UK, namely Anglo-American Oil Co, National Benzole Co, Shell-Mex and B. P. and Trinidad Leaseholds, joined together with Government approval to form the Petroleum Board to consider the problems of petroleum distribution in the event of war.

1939 On 3rd September, the Board became an executive body under Government direction. All products were sold under a Pool description, the selling price of each product being subject to Government control.

1948 The Petroleum Board was dissolved in June.

By 1955 Aladdin Pink was a registered trademark of Aladdin Industries and Shell-Mex and B.P. used to describe a brand of paraffin.

1959 Shell took over the Eagle Group, since when the shares have been held 60% by the Shell group, 40 per cent by the BP group

1966 Split of the national chain of filling stations between the 3 brands[4].

1975 Shell-Mex and BP was closed down after the operations had been split between the 2 parent companies in proportion to their shareholdings. BP would retain the brands National Benzole and Pink Paraffin[5].