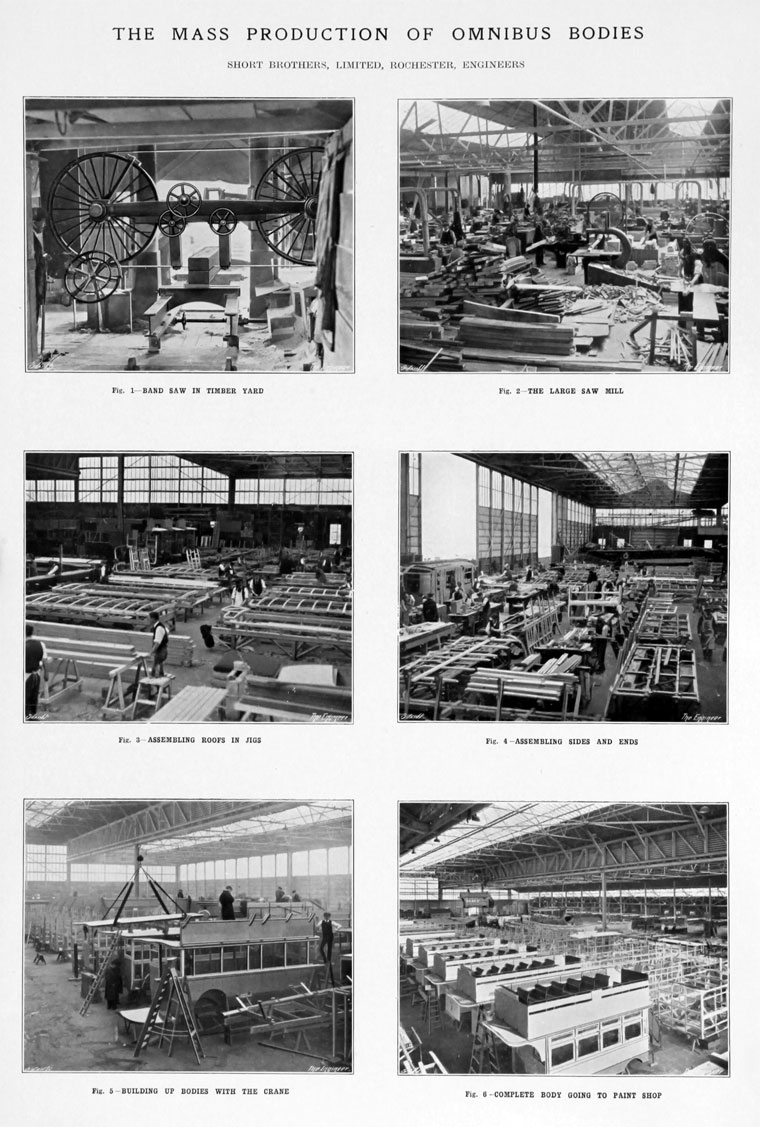 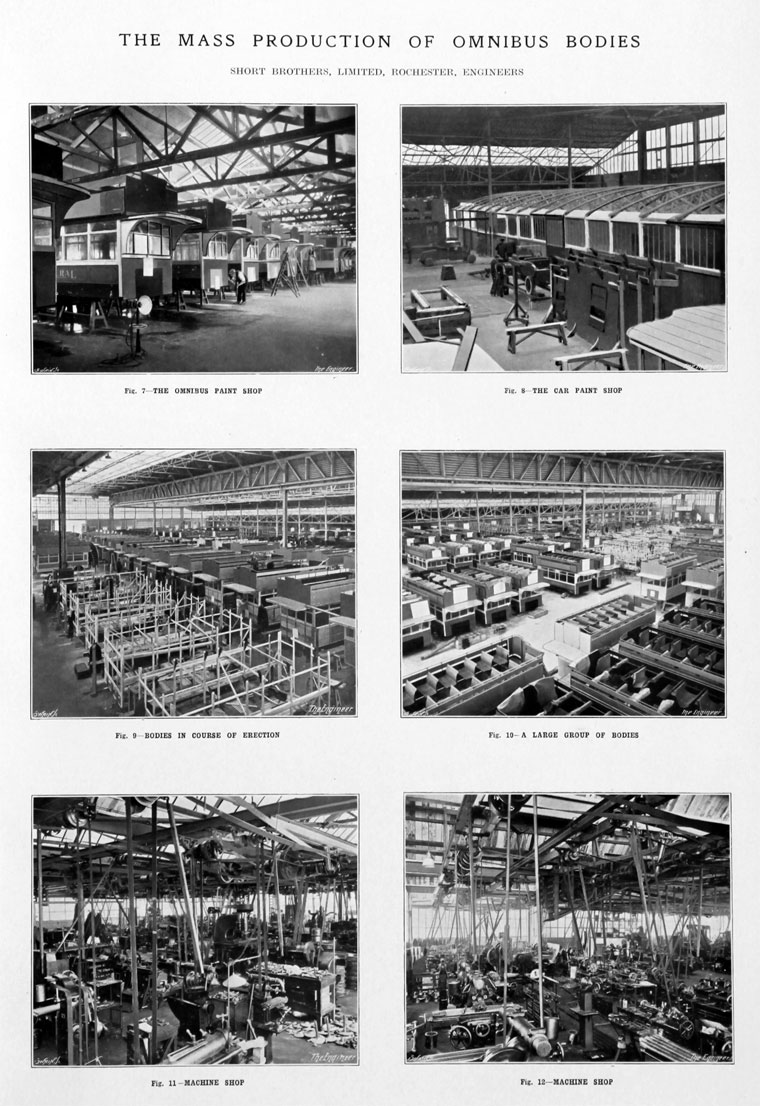 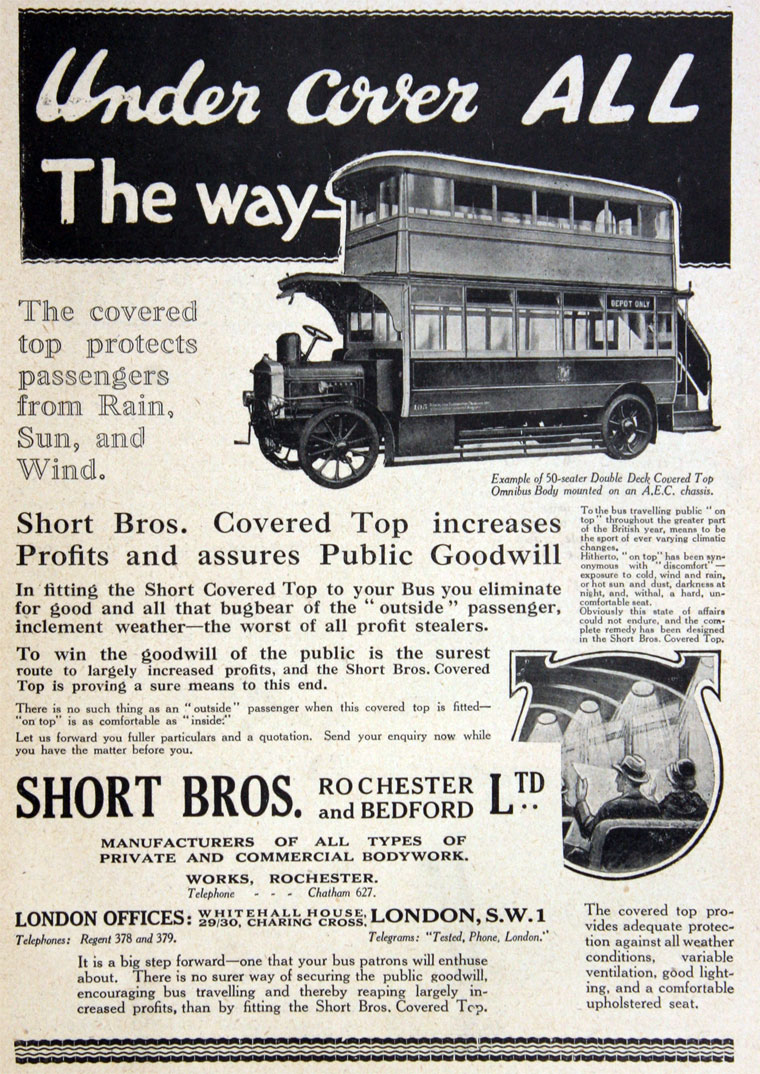 1926. Omnibus with body of light-alloy members 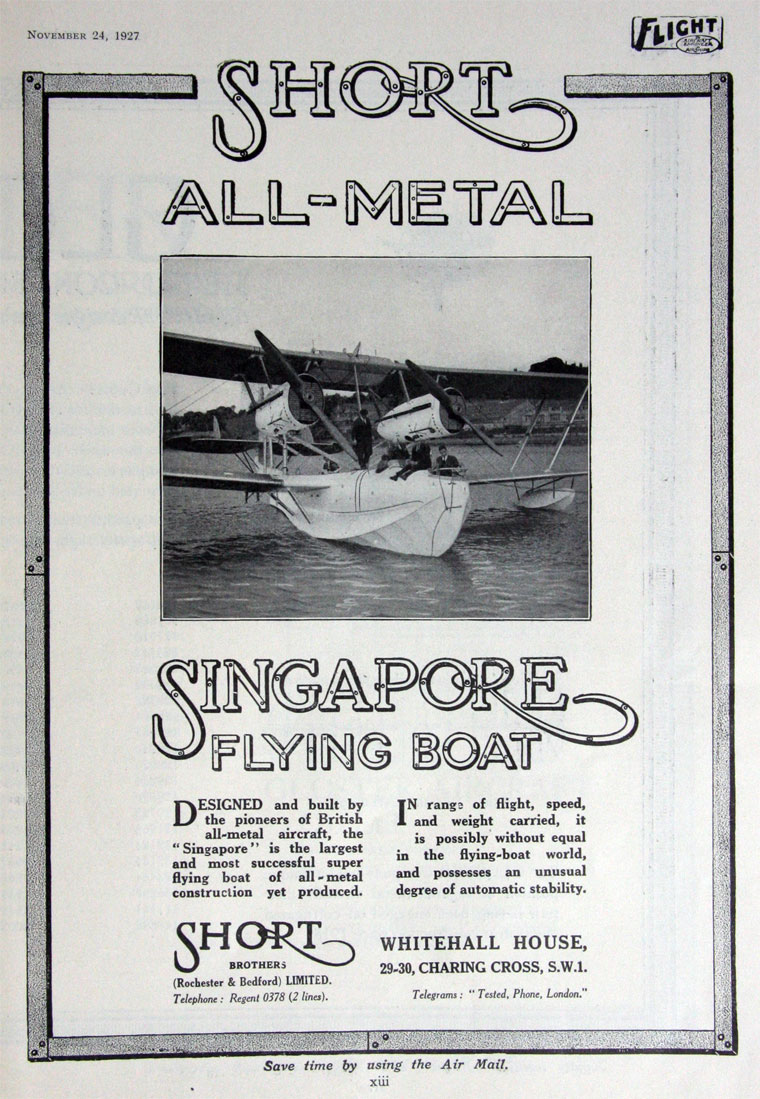 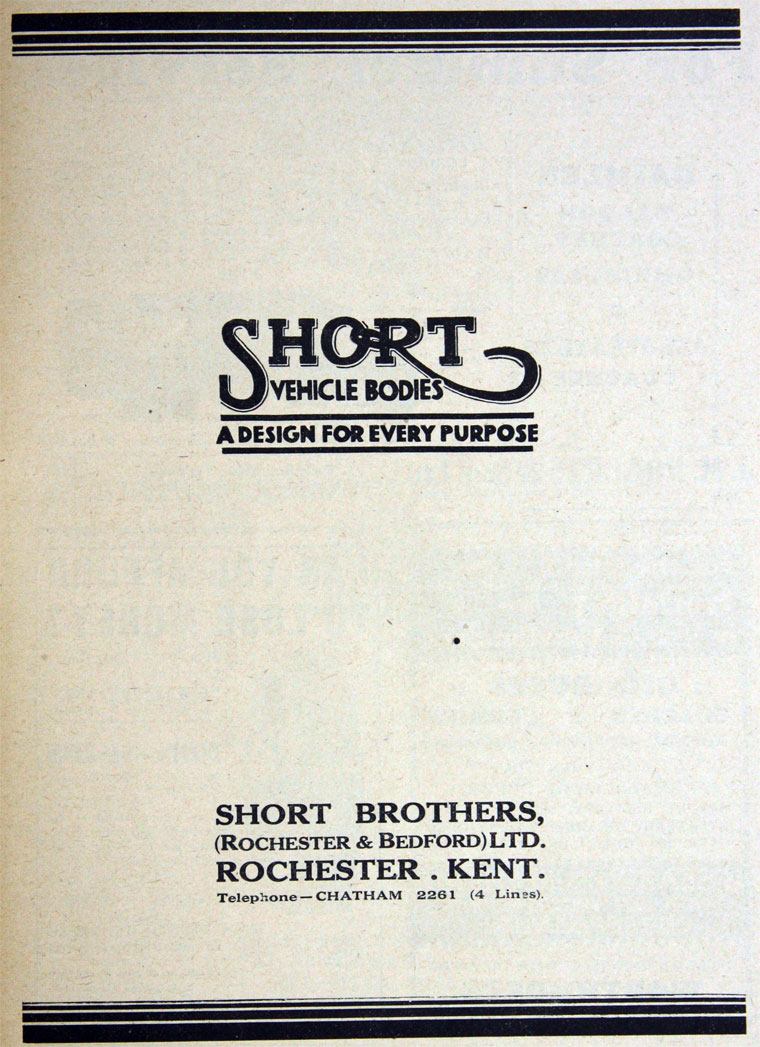 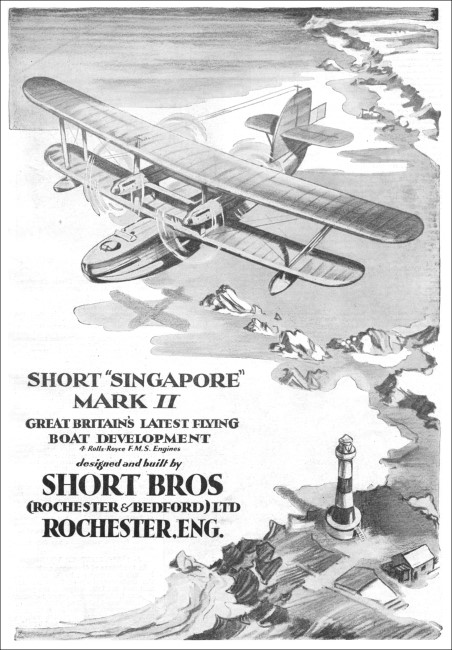 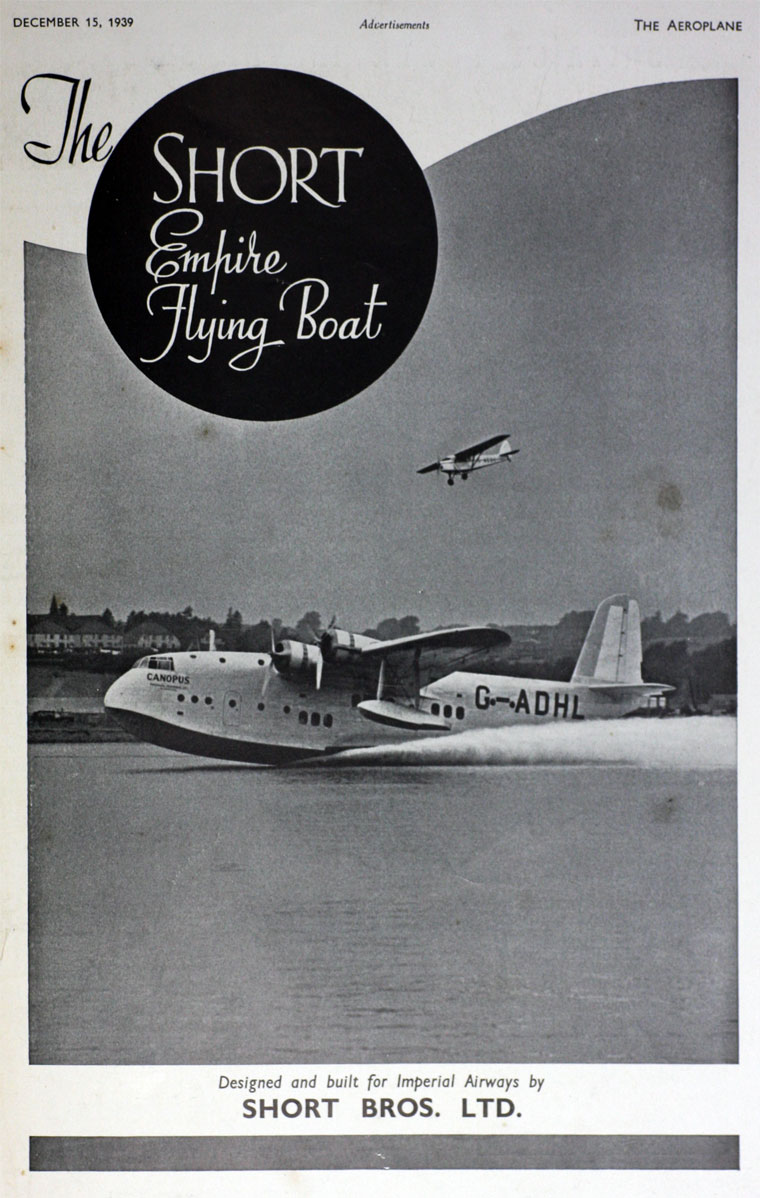 1916 Short Brothers concentrated on the construction of heavier-than-air aeroplanes in the Isle of Sheppey/Rochester area, whilst balloon and dirigible construction was concentrated at Cardington. The housing estate built by the company in Cardington to house its employees still bears the name Shortstown.

1919 Nationalisation ended the Short Brothers' involvement with the airship company, which became the Royal Airship Works.

1926 Built a fleet of six 14-seat omnibus for Maidstone and District Motor Services including the first all metal body omnibus. Full article see [1]

1936 Short Brothers (Rochester and Bedford) and Harland and Wolff agreed to form a new company to build aircraft in Belfast; Shorts would own 60 percent of the company; the shares would be distributed to existing shareholders[4]. The company was named Short and Harland.

20 July: The first "heavier than air" commercial crossing of the North Atlantic took place using the Short-Mayo composite - Imperial Airways's Short S20 floatplane G-ADHJ was launched from the Short S21 flying boat G-ADHK near Foynes and flew non-stop to Montreal, a distance of 2,930 miles in 20 hours 20 minutes. The return flight was via the Azores and Lisbon.

1943 Company nationalized[6]; after much delay it was decided that the price should be the mid-market price before the announcement[7] but many shareholders disputed this and went to arbitration.

1947 Decided to concentrate its activities at Belfast. Short and Harland Ltd changed their name to Short Brothers and Harland and decide to acquire parts of Short Brothers (Rochester and Bedford) which was then liquidated[10]. Oswald Short became Life President of the new company.