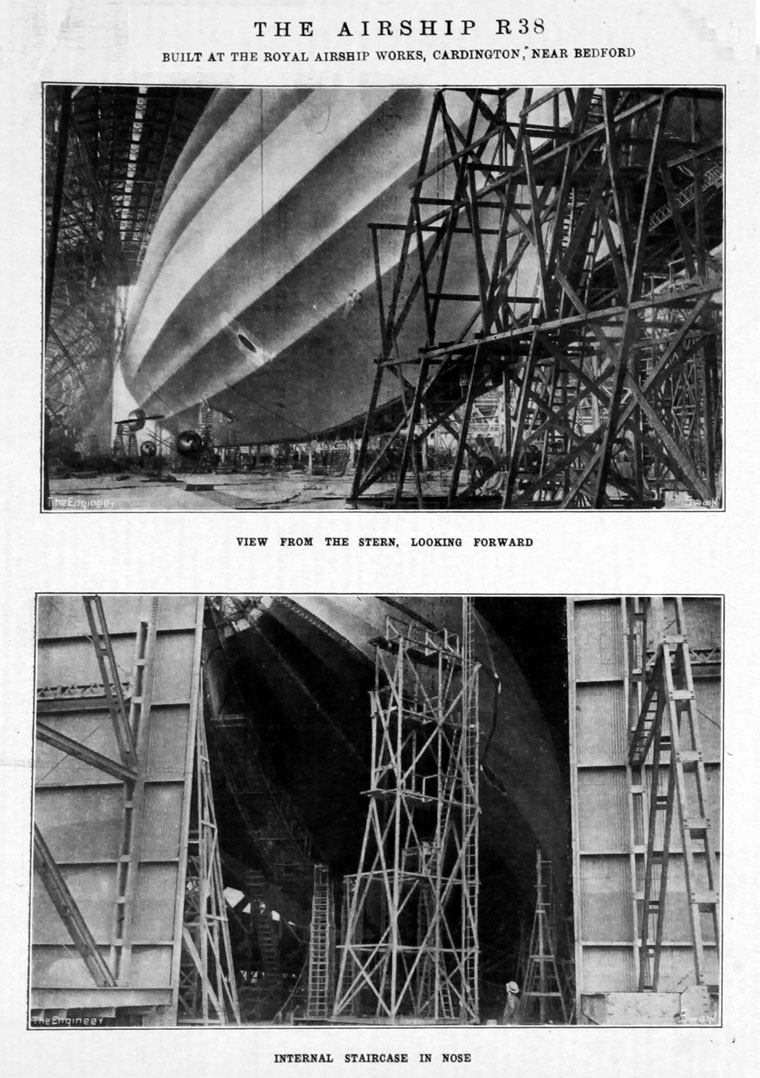 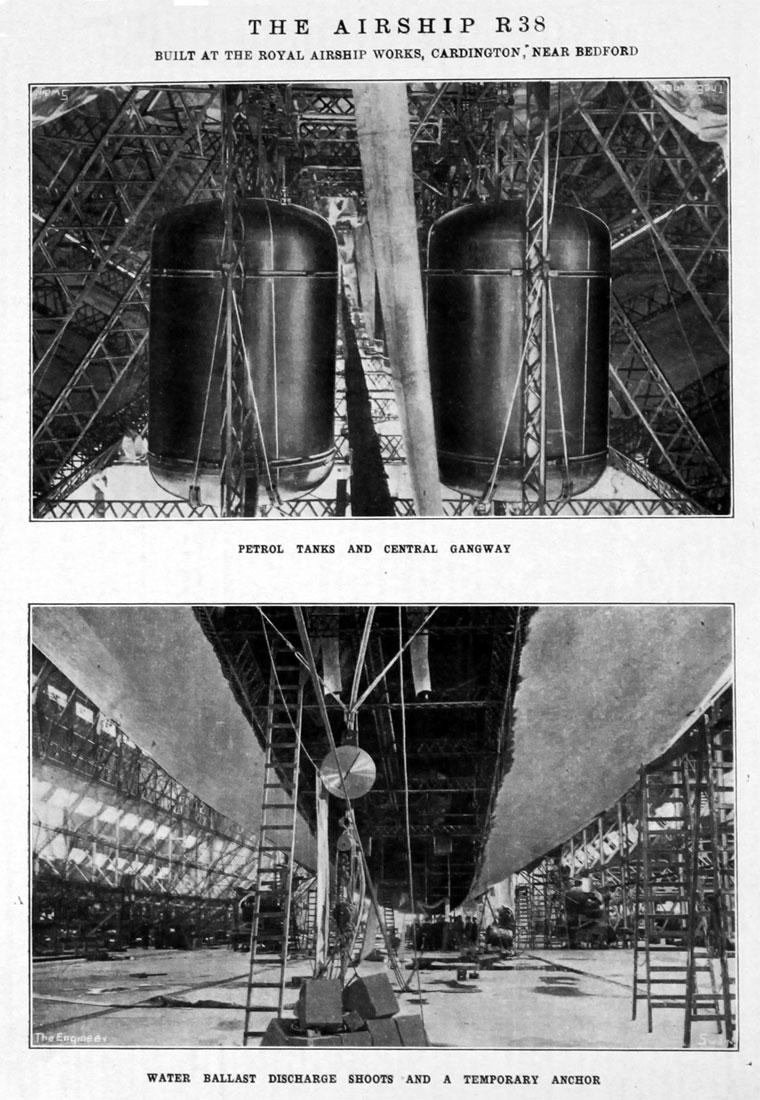 1916 Short Brothers was awarded a contract to build two large dirigible airships for the Admiralty. As part of the contract a loan was provided to enable the Company to purchase a site near Cardington, Bedfordshire, on which to build airship construction facilities, the Naval Aircraft Works.

1919 The name of the company was changed to Short Brothers (Rochester and Bedford) Ltd but nationalisation the same year ended the Short Brothers' involvement with the company. The housing estate built by the company in Cardington to house its employees still bears the name Shortstown.

1919 The works were taken over by the Air Ministry in October, becoming the responsibility of the Deputy Director of Airship Research under the Director General of Supply and Research.

1920 Built the R38 dirigible for the American Navy which was claimed to be the largest yet constructed. Powered by six engines totalling 1,950 hp.

1921 T he Works was renamed the Royal Airship Works

1921 The R38 crashed over Hull in August 1921. Airship construction ceased, the Deputy Director's post was abolished and the works were put on a care and maintenance basis.

1924 Interest in airships revived, a Director of Airship Development was appointed under the Air Member for Supply and Research and work was subsequently begun at Cardington on building the R101.

The Works was active in building airships for both military and civil customers during the 1920s.

1927 The Cardington shed was rebuilt to allow larger airships to be constructed. A large tower for mooring airships was built - see Cardington Airship Tower.

1930 After the R101 airship disaster, the Air Ministry abandoned airship construction and, although the works remained in existence until 1936, activities there were restricted to studying airship development abroad and to experimental work on balloons.

1938 The works were renamed the Balloon Development Establishment

1940 The establishment was transferred to the Ministry of Aircraft Production

1945 Renamed as the Research and Development Establishment.

1946 part of the Ministry of Supply

1959 control was passed to the Ministry of Aviation.