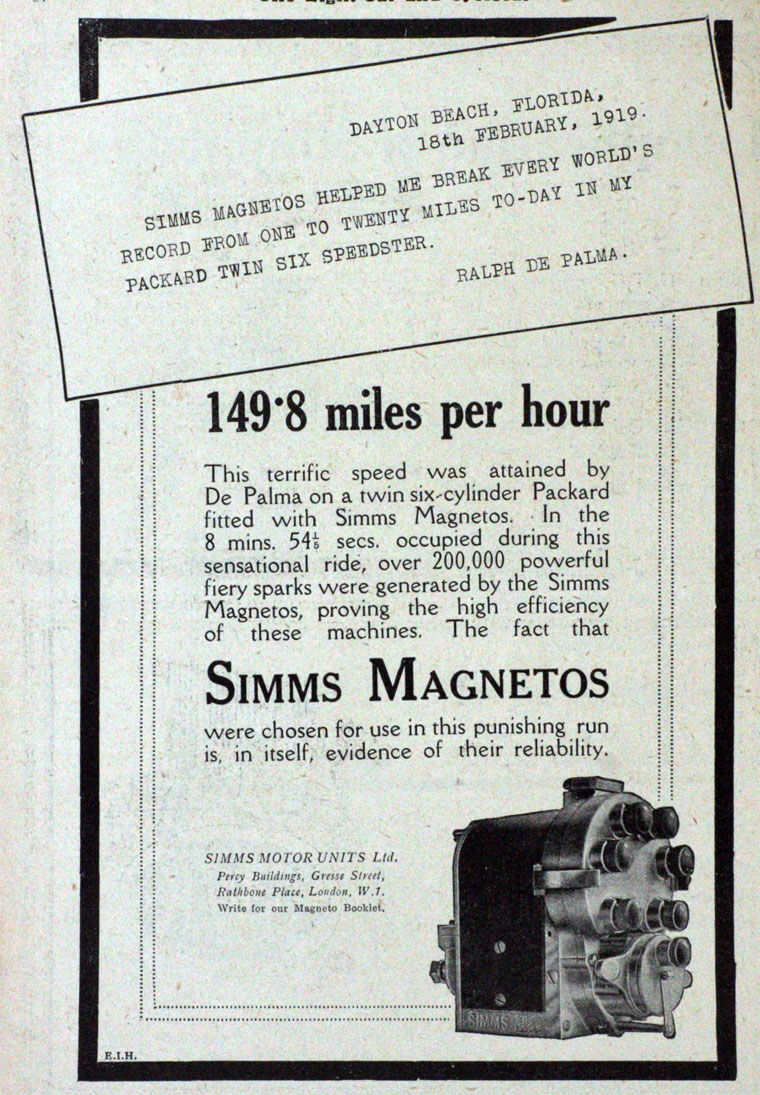 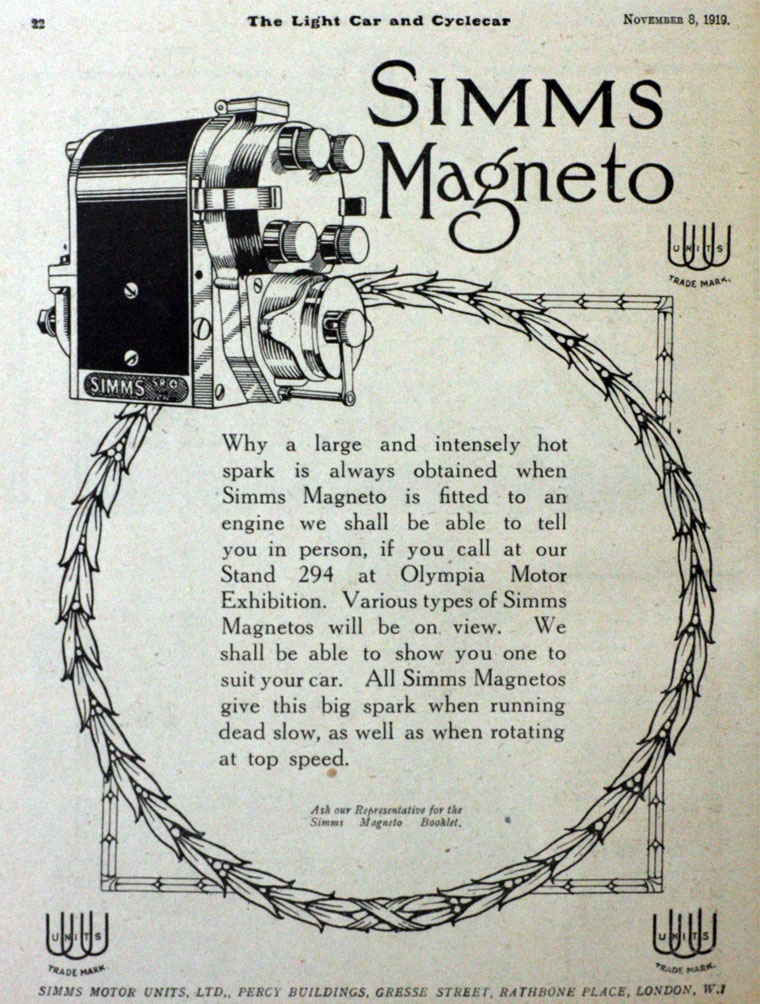 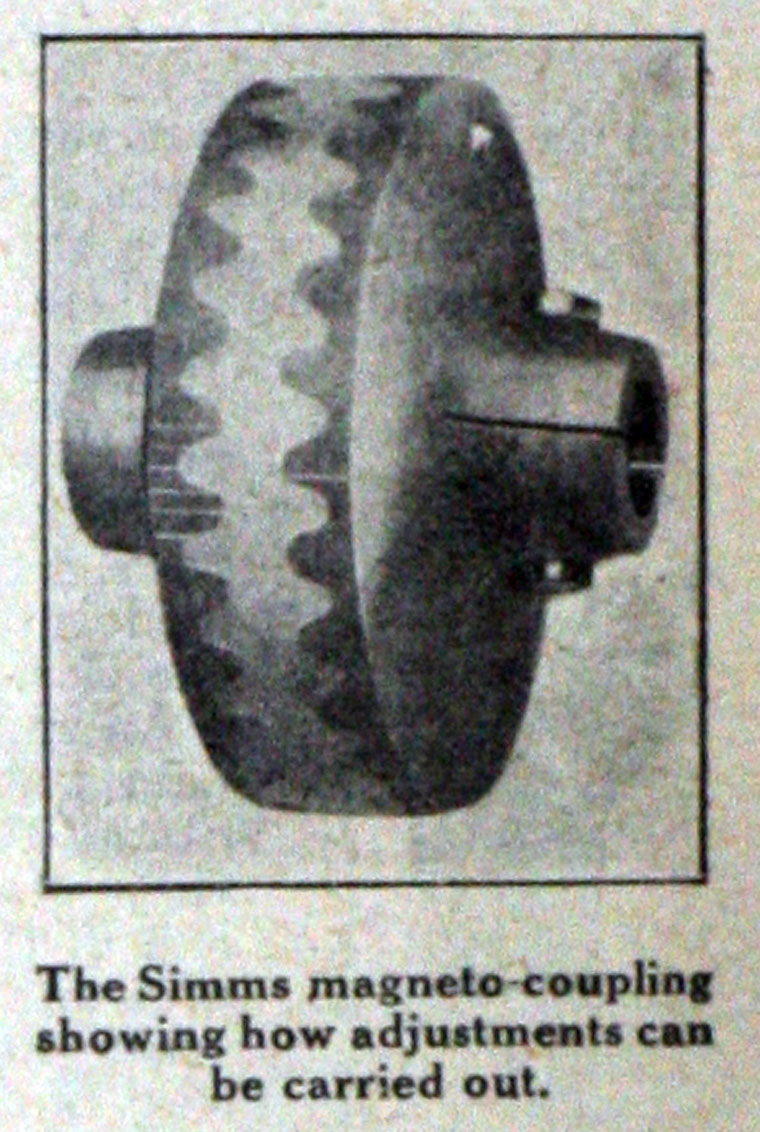 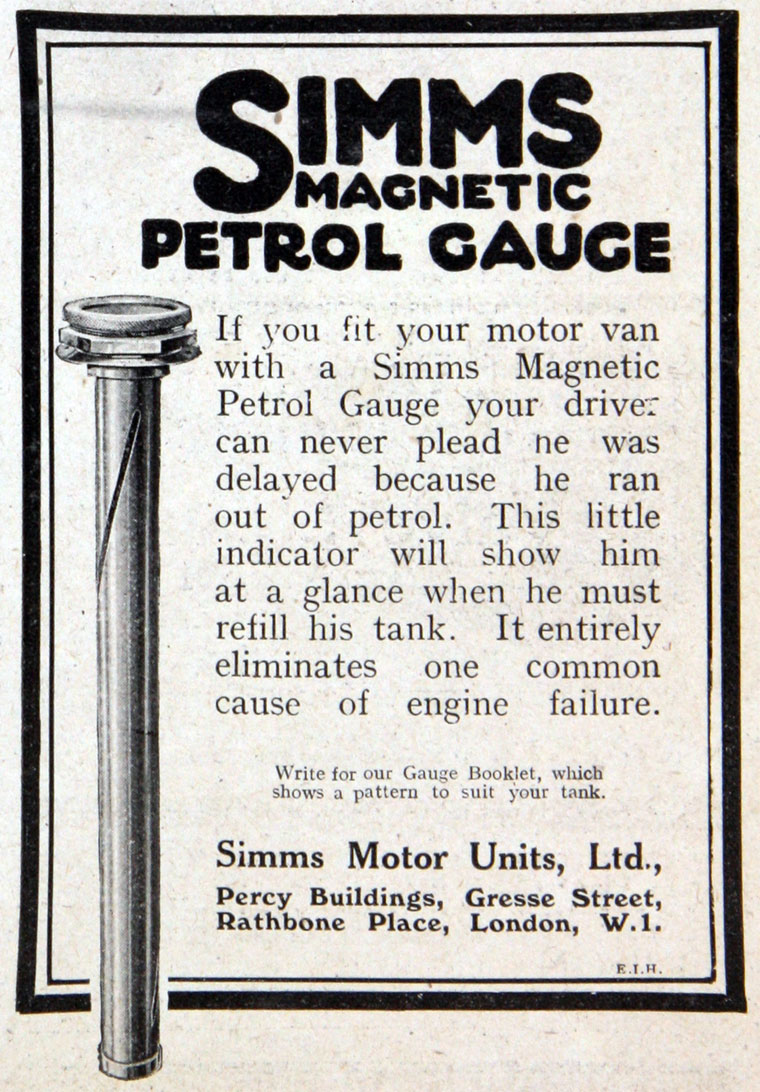 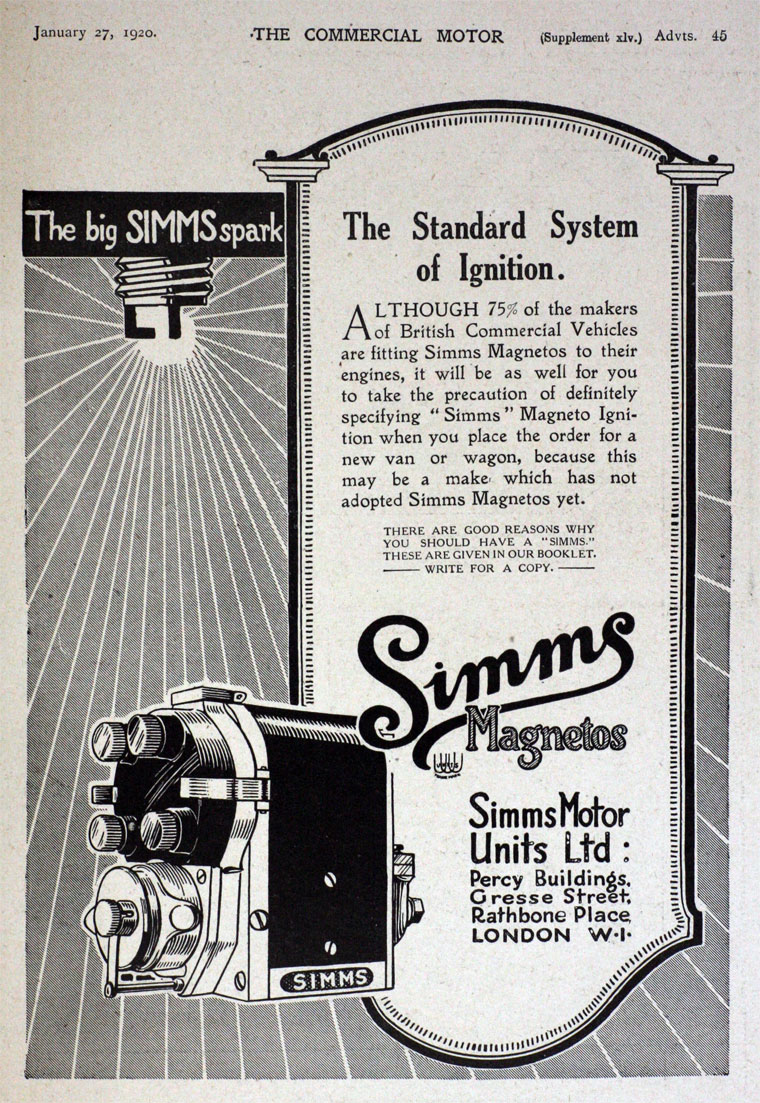 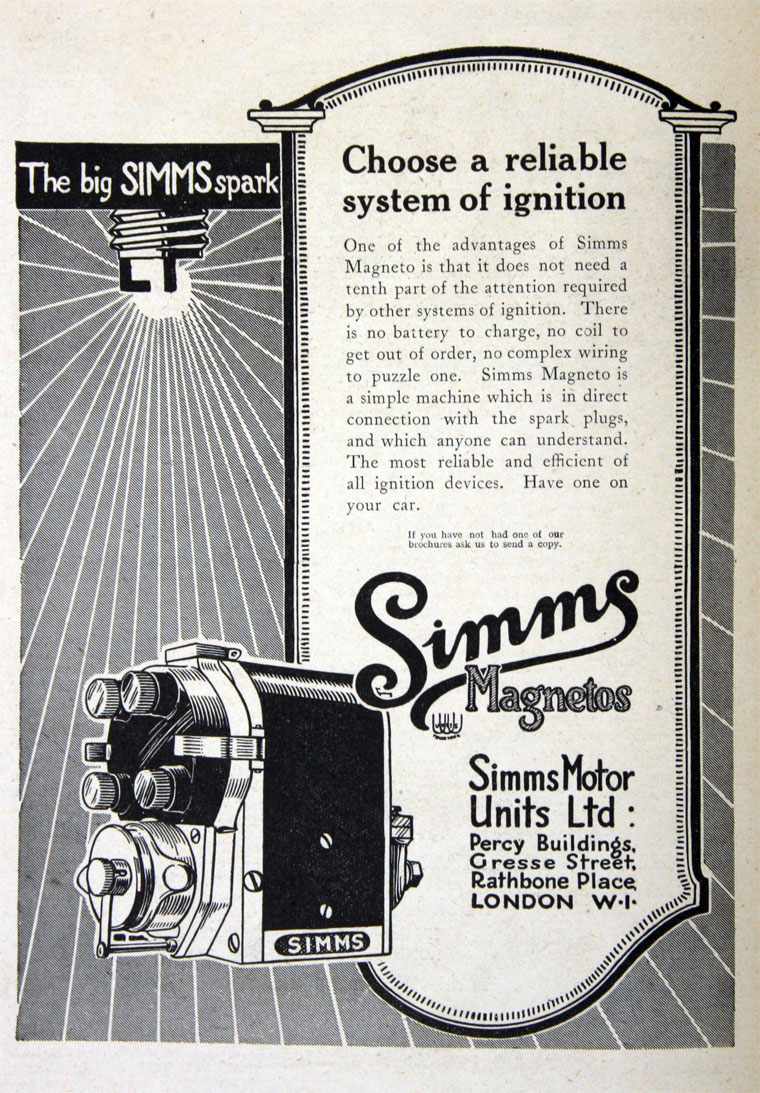 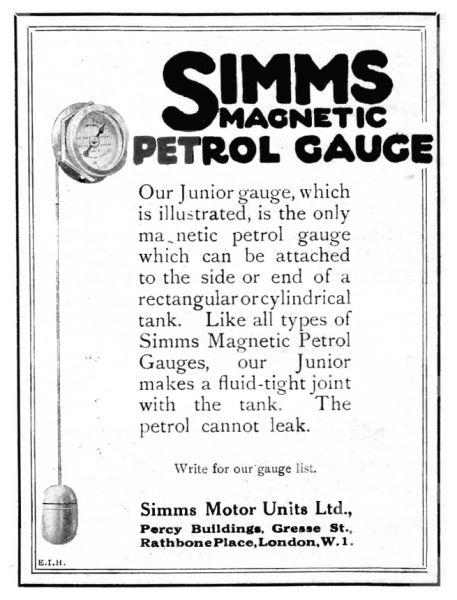 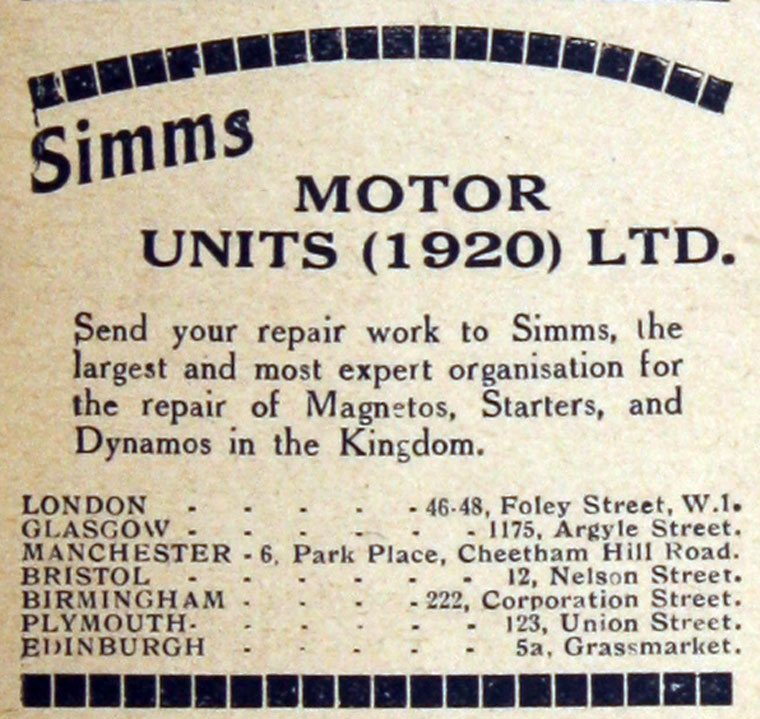 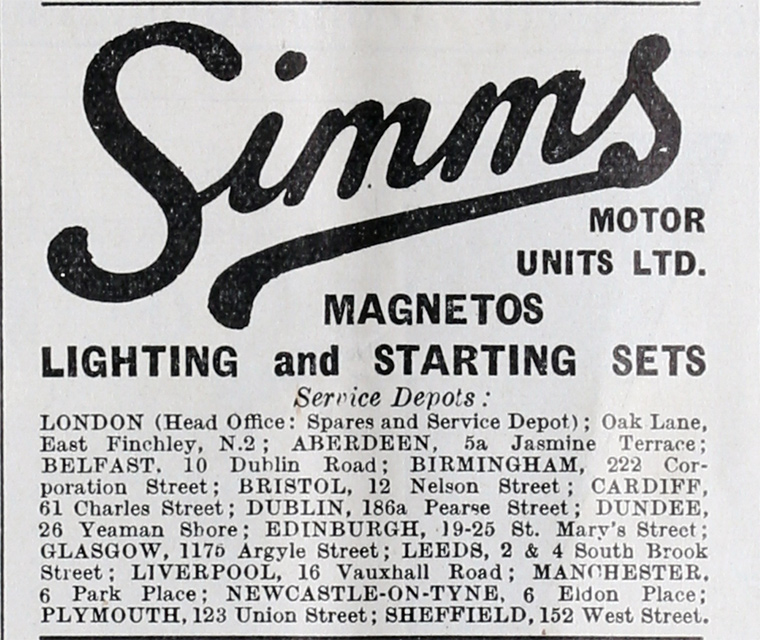 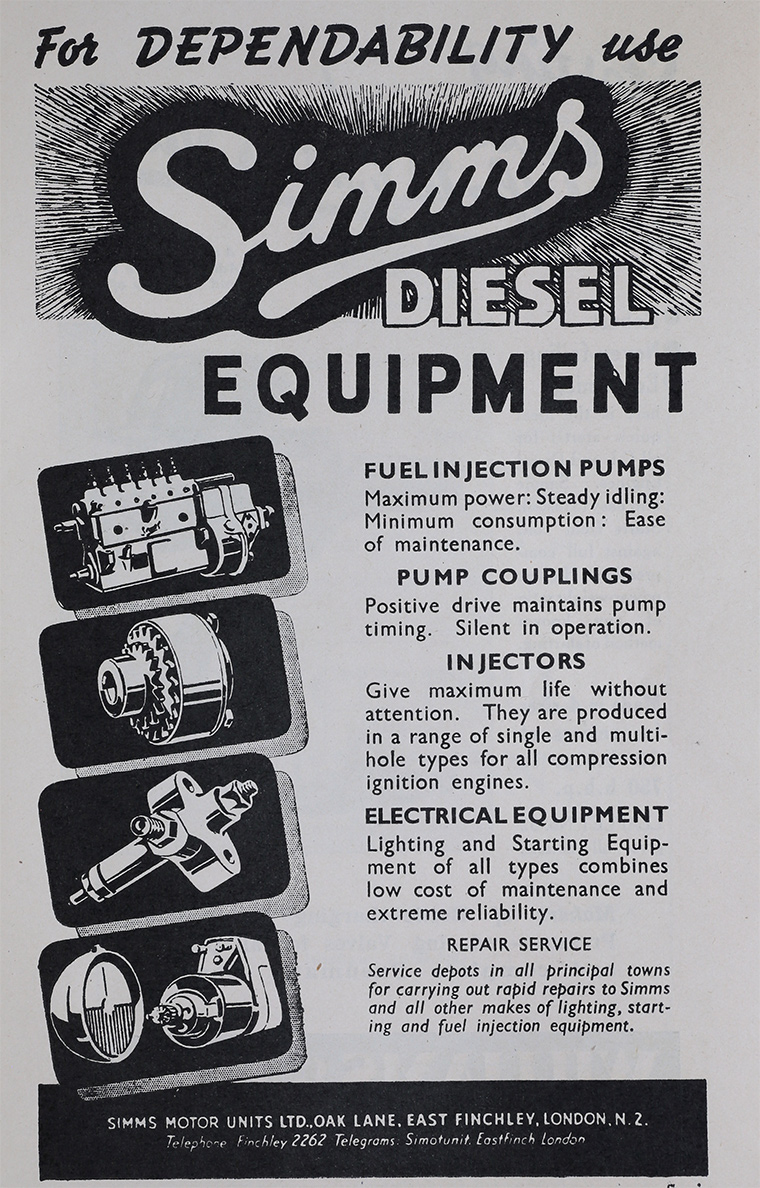 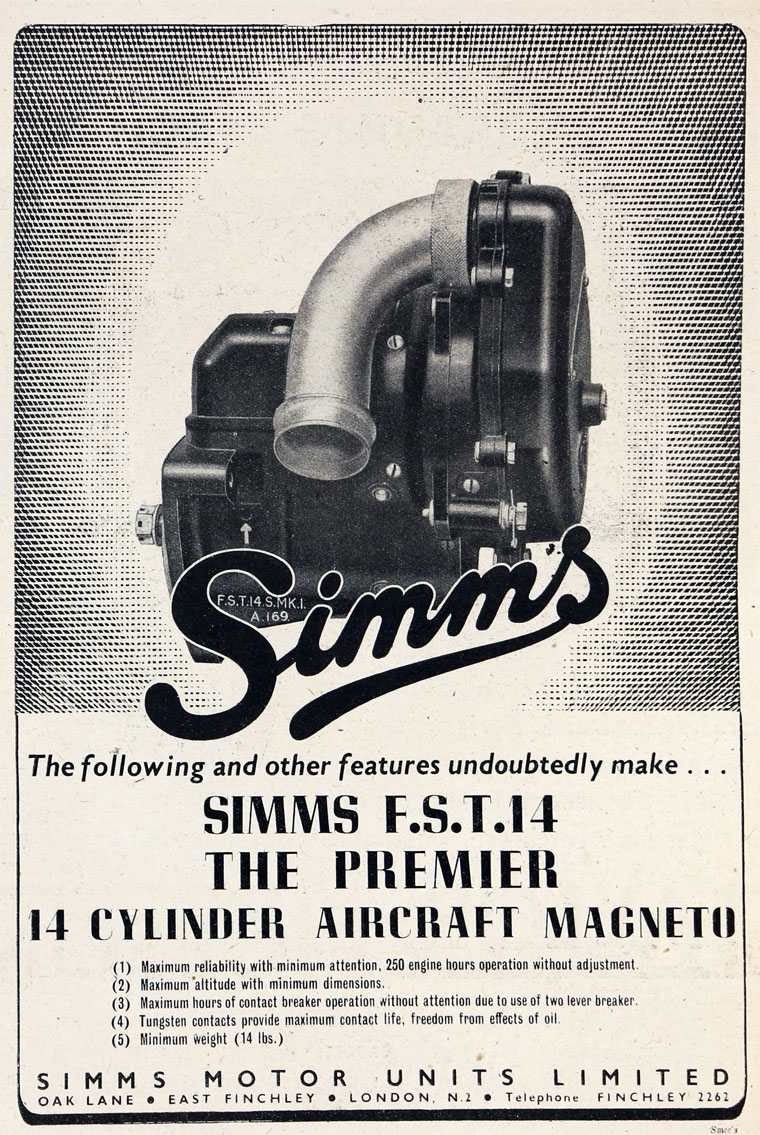 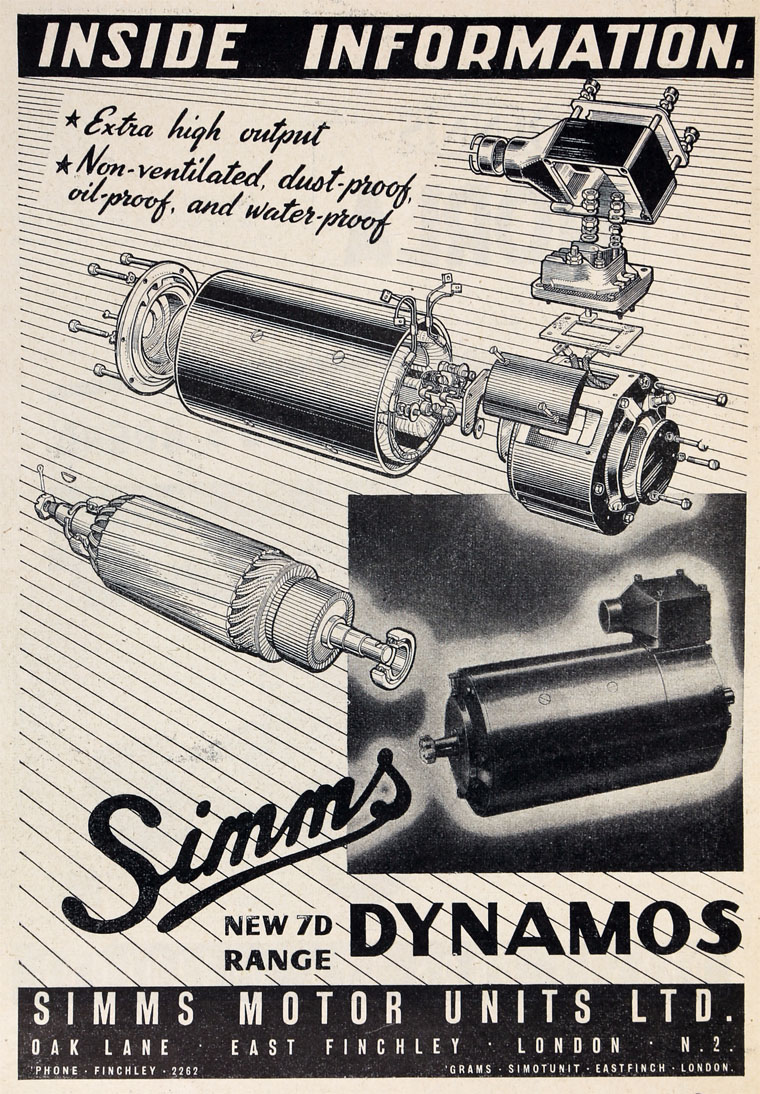 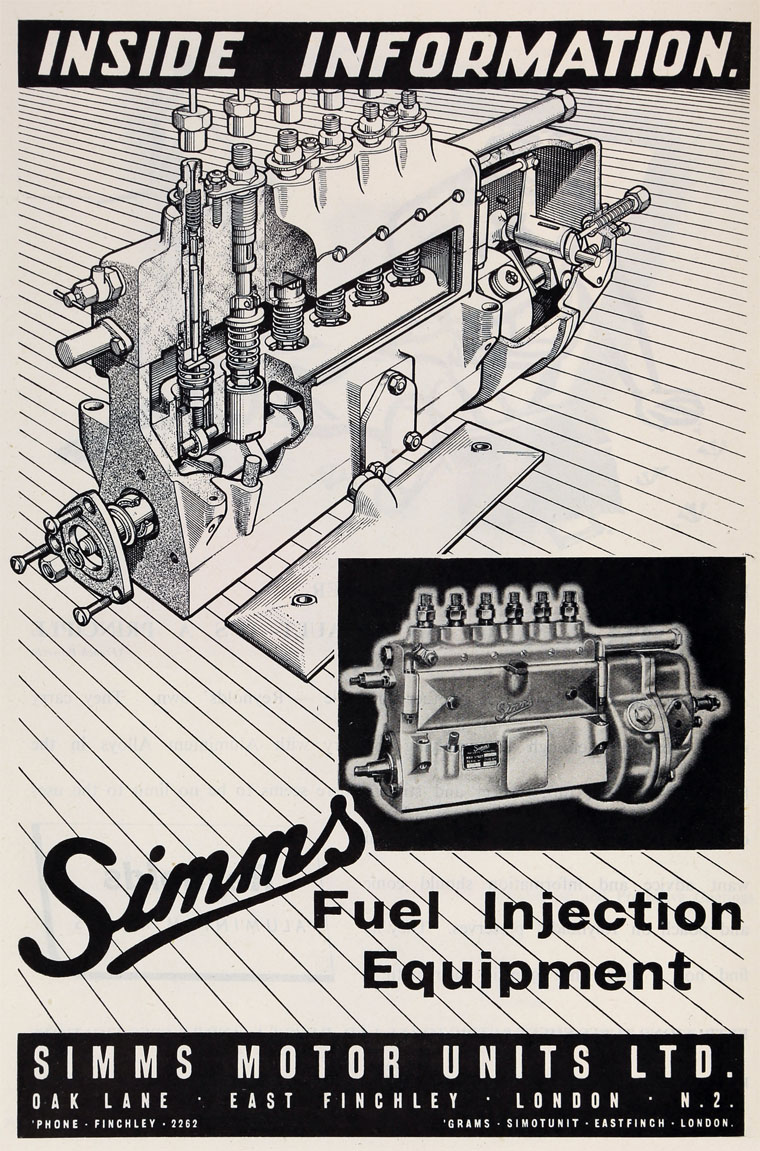 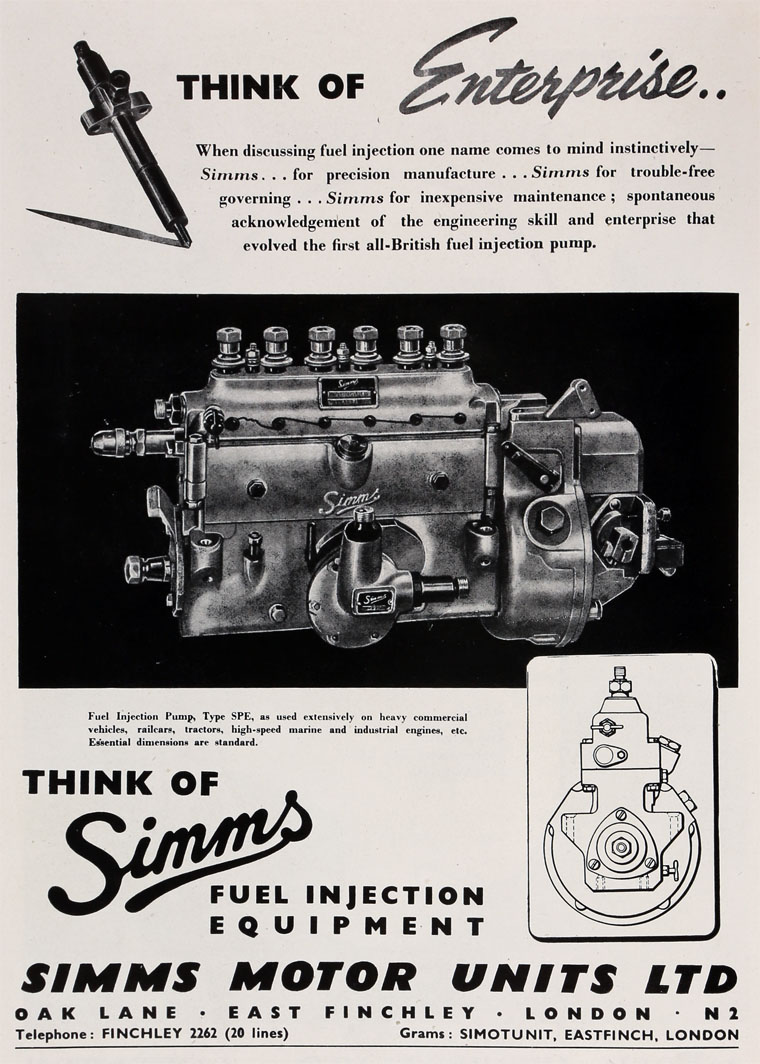 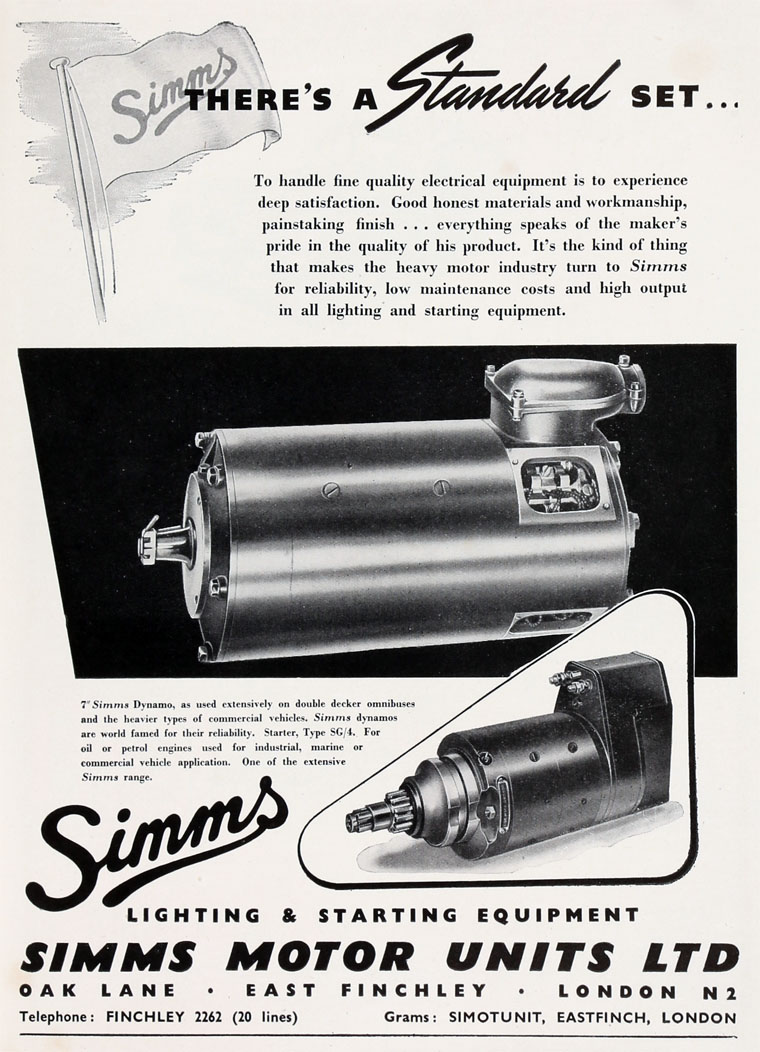 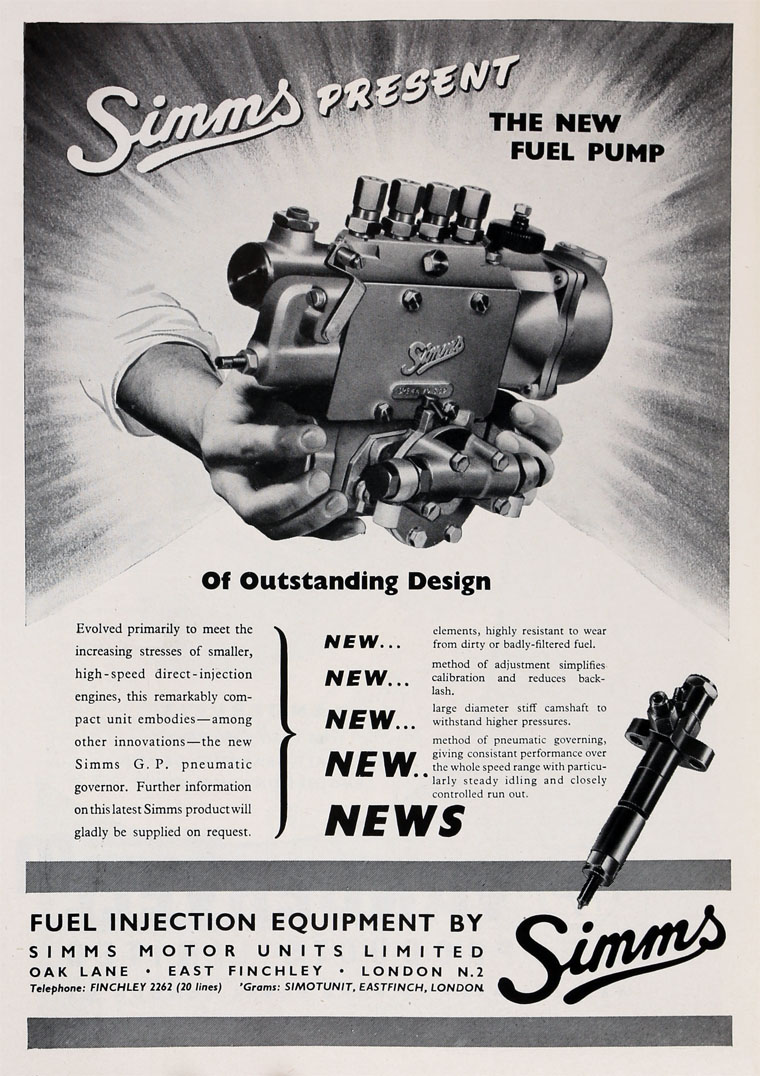 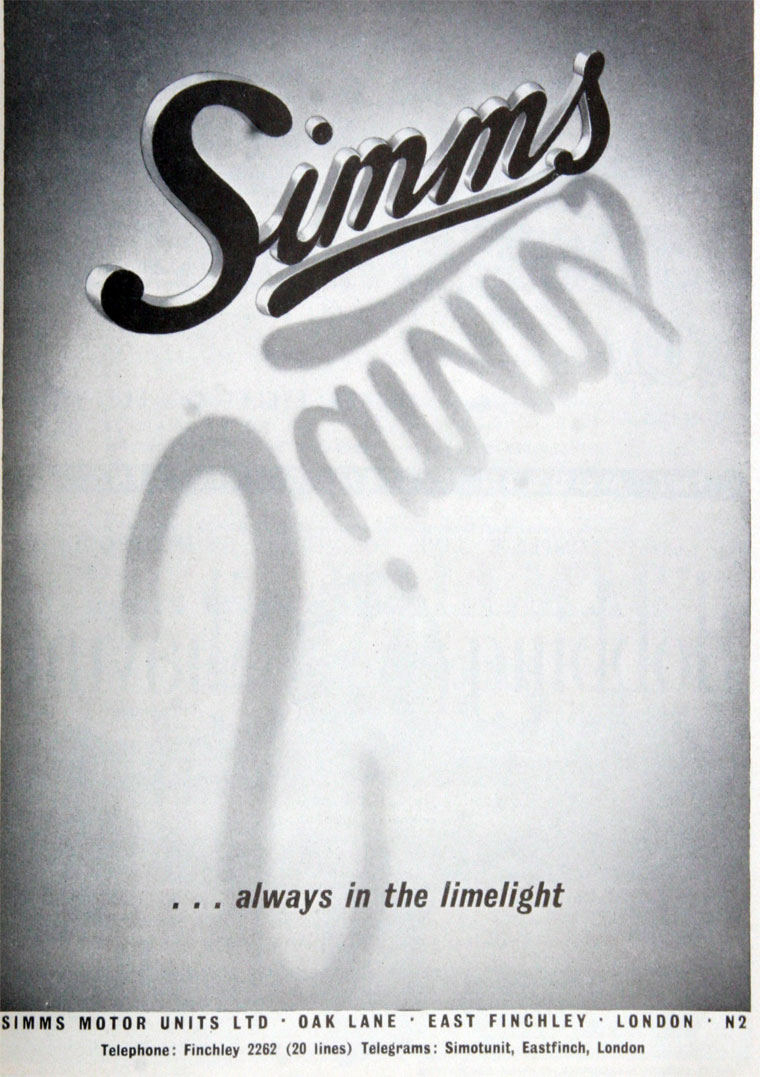 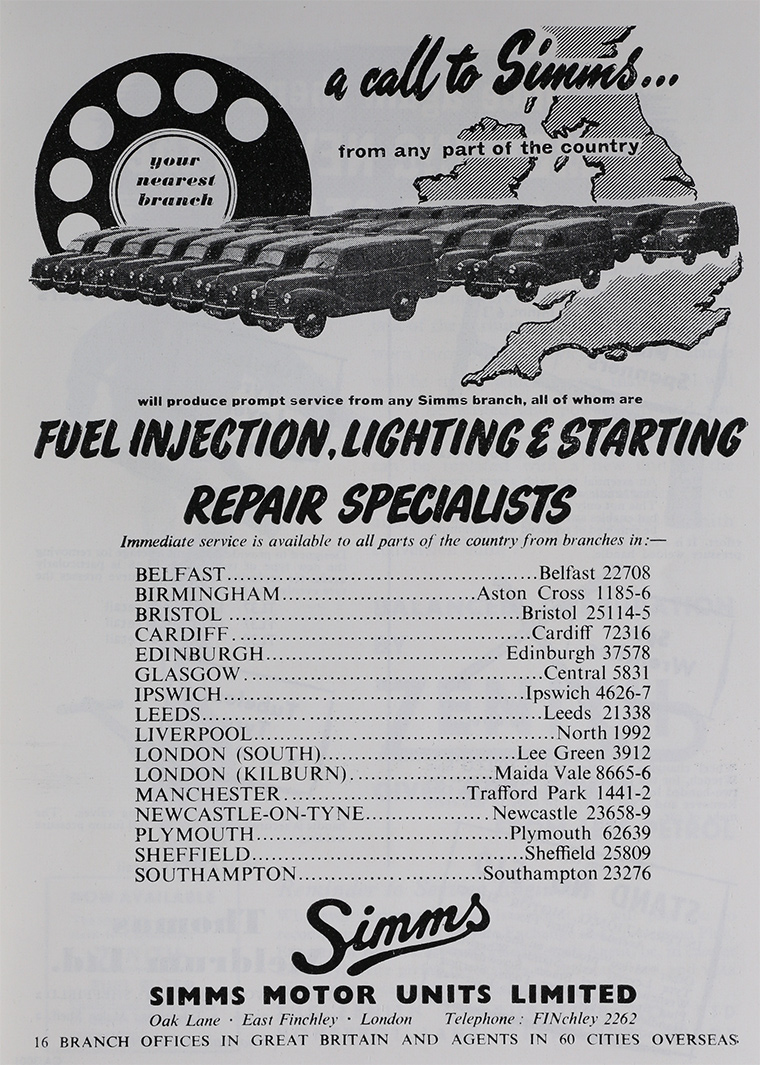 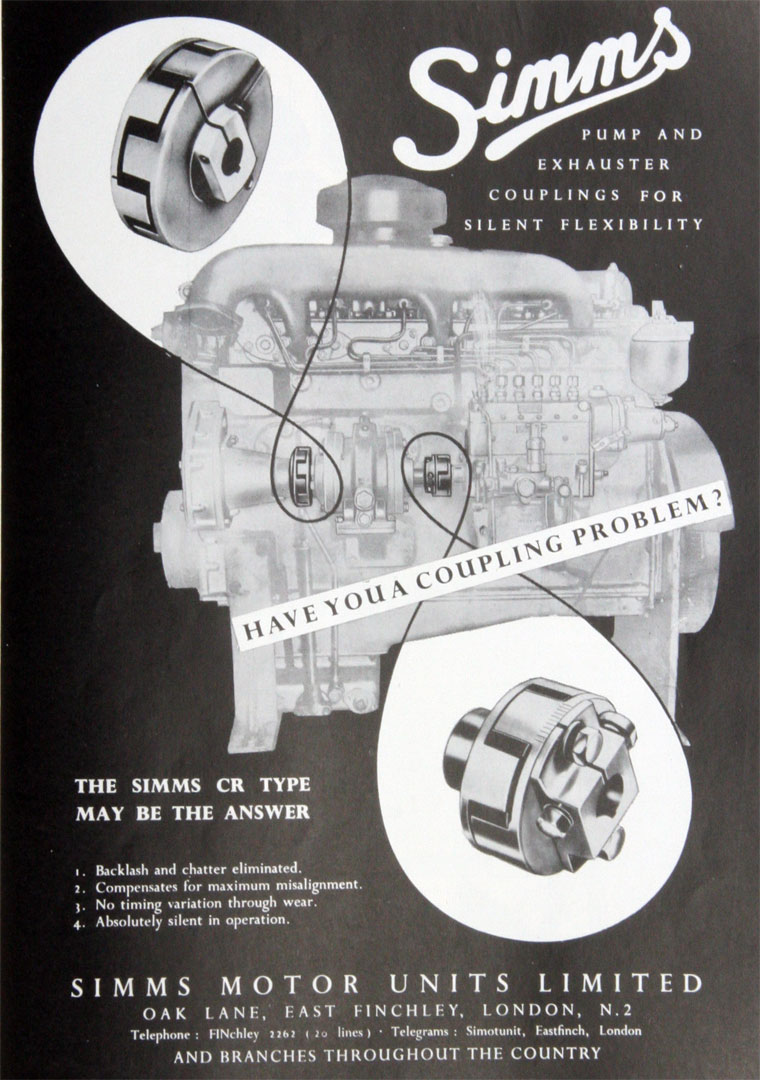 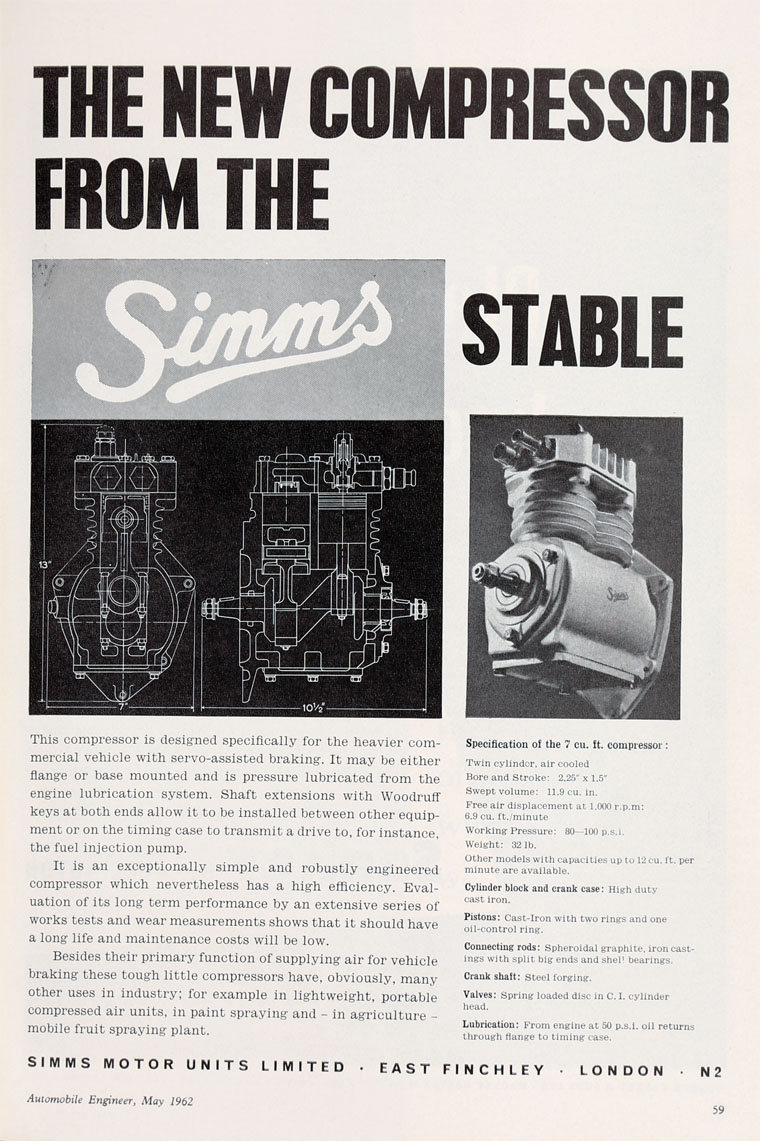 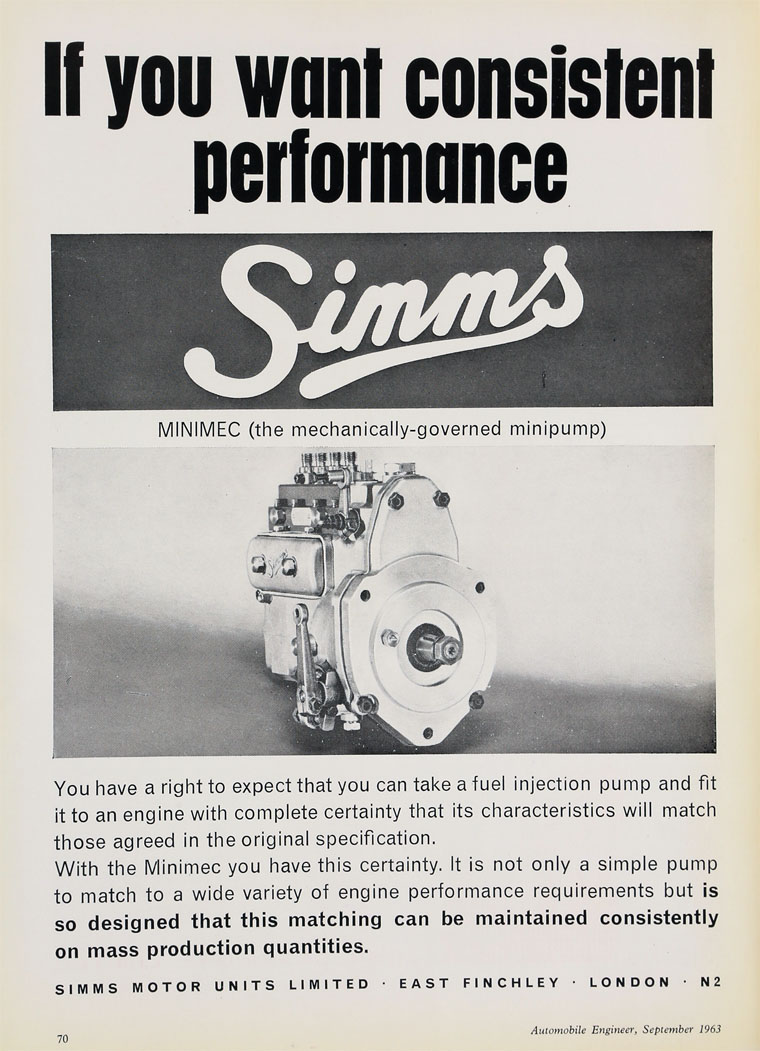 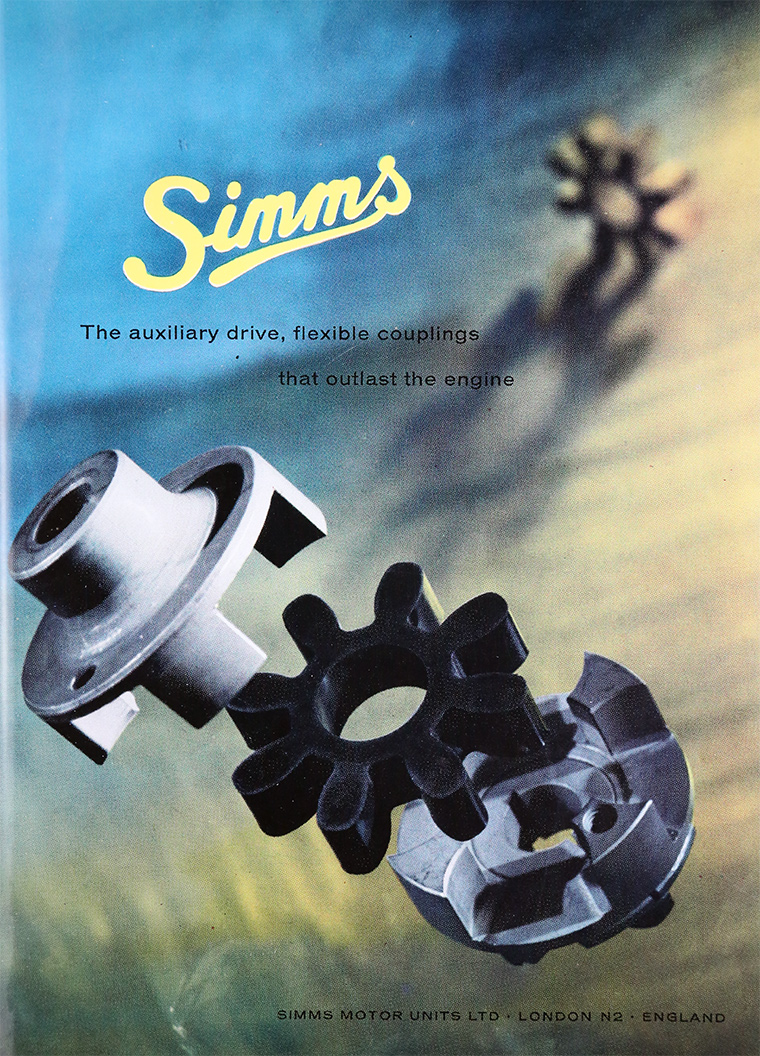 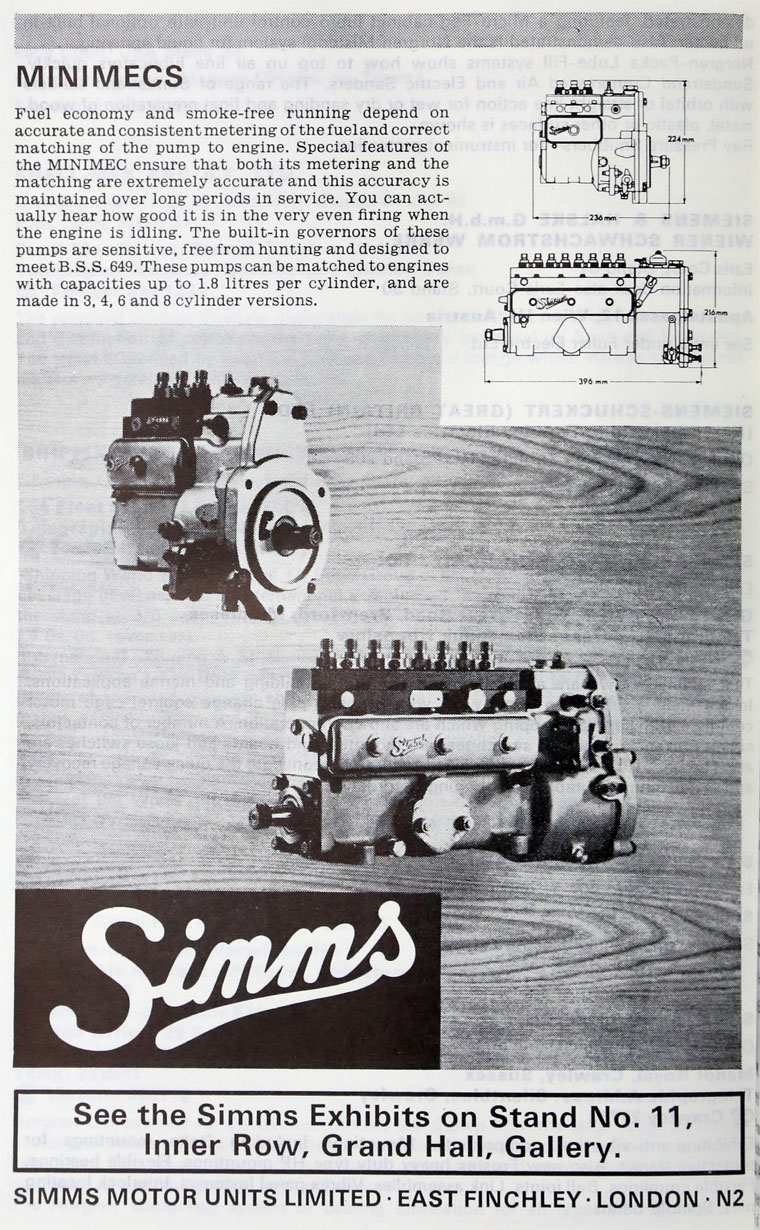 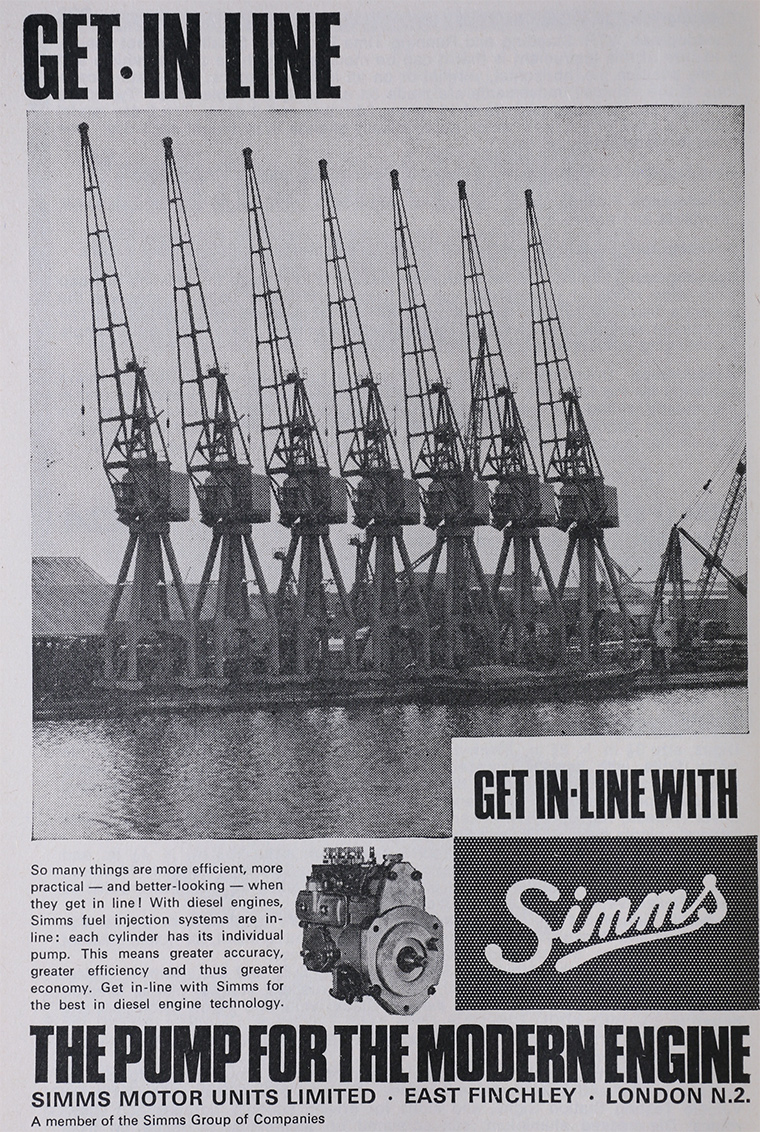 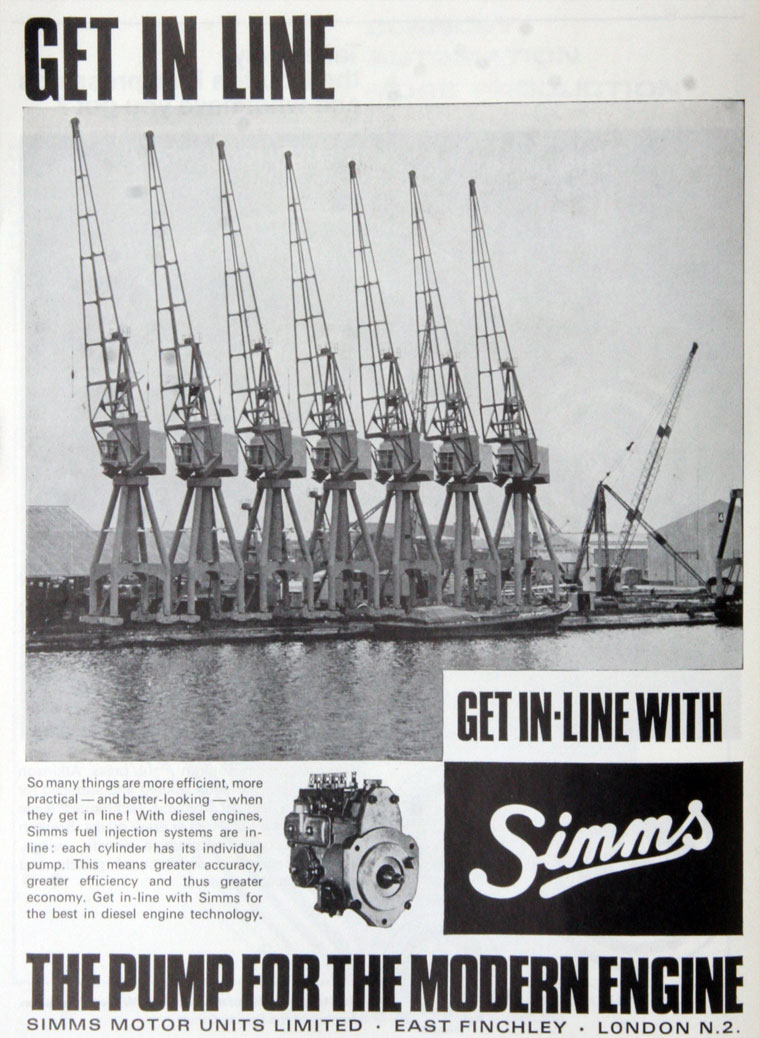 1913 Frederick Simms started another business, Simms Motor Units, initially as a sales and repair organisation for motor components, especially dynamos and magnetos. Manufacture was initially undertaken by others on behalf of the firm

WWI An important source of components for the company was the Simms Magneto Co of New Jersey, established by Simms in 1910.

1915 A subsidiary, the Standard Insulator Co, was established

1920 October. Exhibited at the Commercial Motor Exhibition at Olympia with magneto equipment for commercial vehicles

1920 Simms established Simms Motor Units (1920) in extensive new premises in East Finchley, the Grange Works, where a variety of magnetos would be produced. The motor accessory department had been moved into the new works and the Wardour St premises given up. The magneto repair department was moved from 46-48 Foley St to 37 Percy St, London W. Had established a network of agents in UK and abroad, including handling exports from the American Simms Magneto Co[1]

1920 The Kilburn works were virtually destroyed by fire.

1926 Substantial business in supplying magnetos and electric service for every kind of vehicle, in UK and abroad; the number of customers was about 11,500, about double that of 5 years previously. The company was renamed Simms Motor Units Ltd[2]. The East Finchley works was reopened in the summer; half was occupied by Standard Insulator Co[3]

1930 the company began to move in new directions to match changing automotive technology, particularly the change from magnetos to dynamos; this resulted in the company making losses for some years.

1938 Sales of diesel equipment had begun.

1961 Manufacturers of diesel fuel injection, electrical and other equipment for commercial vehicles and marine and industrial engines. 1,800 employees. [14]

1968 Simms Group, including Simms Motor Units was taken over by Lucas and integrated with the CAV division.

Manufacturing in East Finchley was steadily run down and the factory closed in 1991 to be redeveloped for housing. It is commemorated by Simms Gardens and Lucas Gardens.[16]