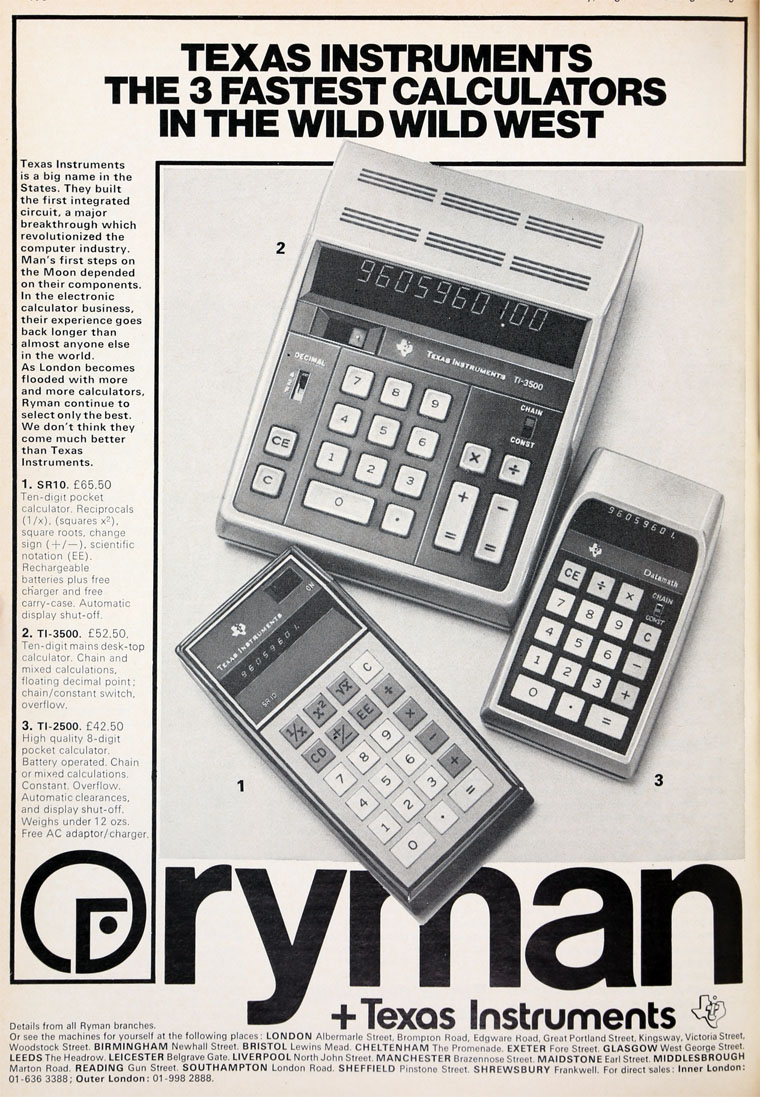 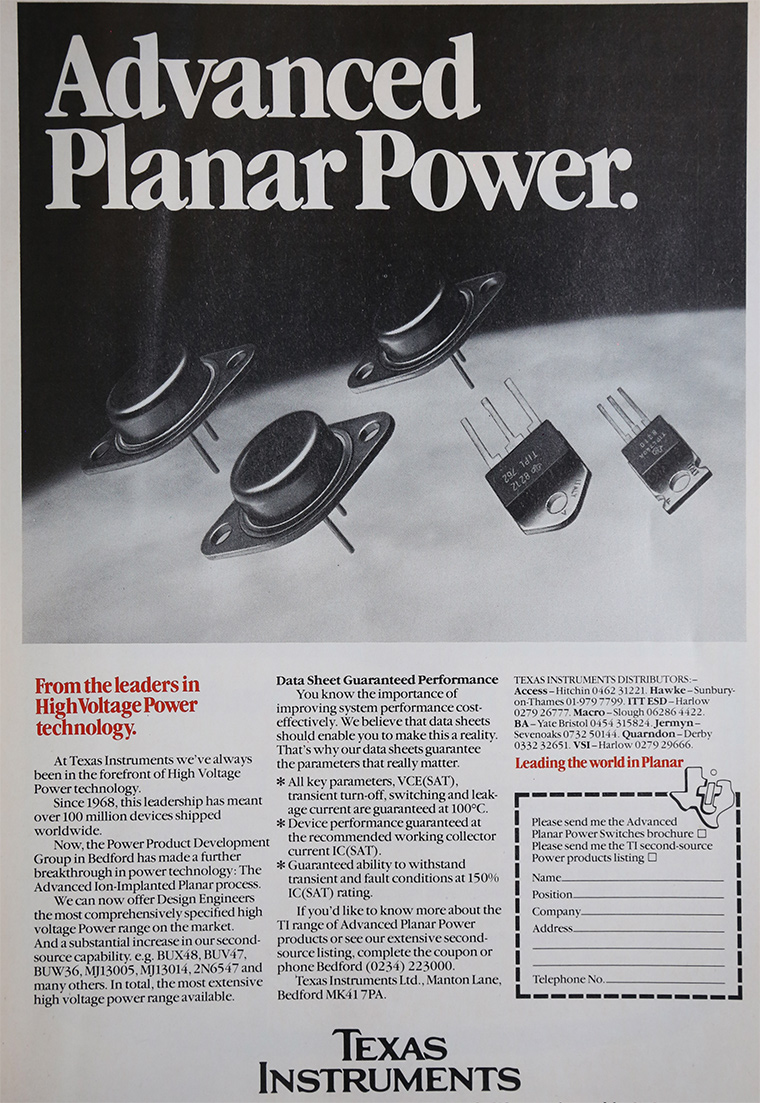 1958 Jack Kilby of TI invented the integrated circuit, revolutionizing the semi-conductor industry and paving the way for all modern electronics.

Introduce the first single-chip microcontroller (MCU) combining all the elements of computing onto one piece of silicon, which was used in appliances, consumer electronics and industrial equipment. TI engineers also invent a single-chip speech synthesizer.

1974 The Sinclair pocket calculator - the Scientific - was the first twelve-function calculator to be built on a single chip, produced by Texas Instruments. Retailed at £49. [1]

1997 Texas Instruments Defense Systems & Electronics group was a leader in the Paveway laser-guided weapon program, as well as other guided missile programs, airborne radar and electro-optics for the US military. The group was sold to Raytheon which had complementary interests.[2]

TI expanded its focus on analogue and embedded processing technologies, providing semiconductor technologies for a diverse set of applications.

2011 Acquired National Semiconductor in anticipation of developing the next-generation of signal-processing technology.