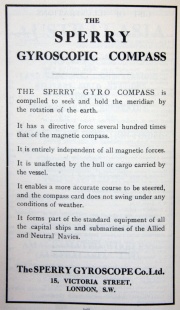 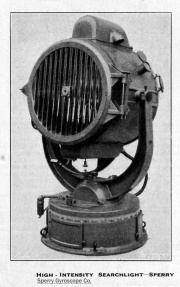 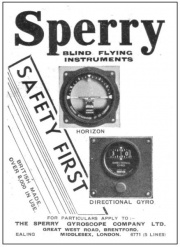 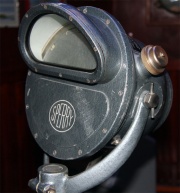 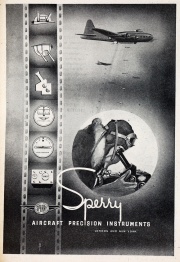 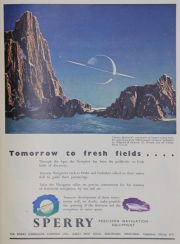 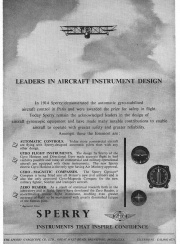 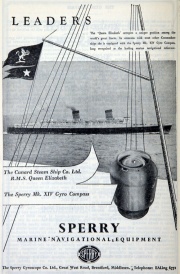 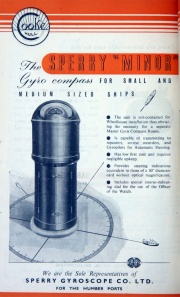 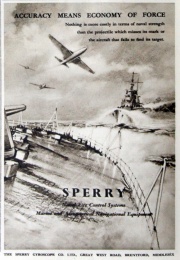 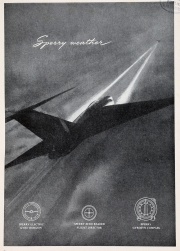 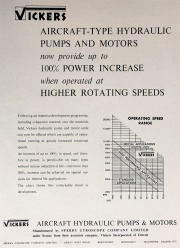 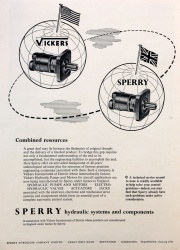 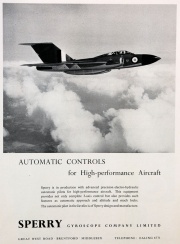 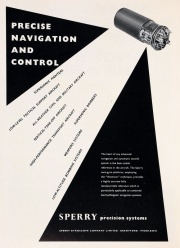 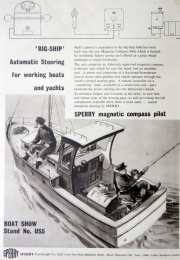 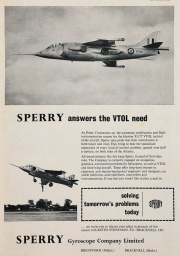 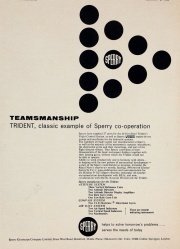 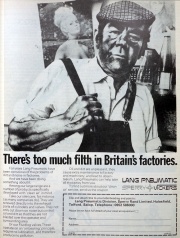 1910 The company was founded, as the Sperry Gyroscope Company, by Elmer Ambrose Sperry, to manufacture navigation equipment, chiefly his own inventions – the marine gyrostabilizer and the gyrocompass.

During World War I, the company diversified into aircraft components including bomb sights and fire control systems.

1924 following the death of Lawrence on December 13, 1923, the two firms were brought together.

1933 The company became Sperry Corporation. The new corporation was a holding company for a number of smaller entities such as the original Sperry Gyroscope, Ford Instrument Company, Intercontinental Aviation Inc, and others.

WWII The company did very well during the war as military demand skyrocketed; it specialized in high technology devices such as analog computer-controlled bomb sights, airborne radar systems, and automated take off and landing systems. Sperry was also the creator of the infamous Ball Turret Gun that was mounted under the Boeing B-17 Flying Fortress and the Consolidated B-24 Liberator, as commemorated by the films Memphis Belle and the poem The Death of the Ball Turret Gunner.

Postwar, the company expanded its interests in electronics and computing, producing the company's first digital computer, SPEEDAC, in 1953, which provided the basis for the Univac division (formed in 1962).

In their early decades, Sperry Gyroscope and related companies were concentrated on Long Island, New York, especially in Nassau County. Over the years, the companies diversified to other locations.

During the 1950s, a large part of Sperry Gyroscope was moved to Phoenix, Arizona and soon became the Sperry Flight Systems Company. This was to try to preserve parts of this vital defense company in the event of a thermonuclear conflagration. Yet the Gyroscope division remained headquartered on New York - in its massive Lake Success, Long Island plant (which also served as United Nations headquarters before 1952) - into the 1980s.

1961 Manufacturers of gyroscopes, and appliances for navigating ships, aircraft and submarines, specialising in government contracts, work on guided weapons and inertial navigation. 3,000 employees. [4]

Sperry Flight Systems continued to excel at aviation electronics - avionics - and it also provided avionics systems for such NASA programs as the Space Shuttle.