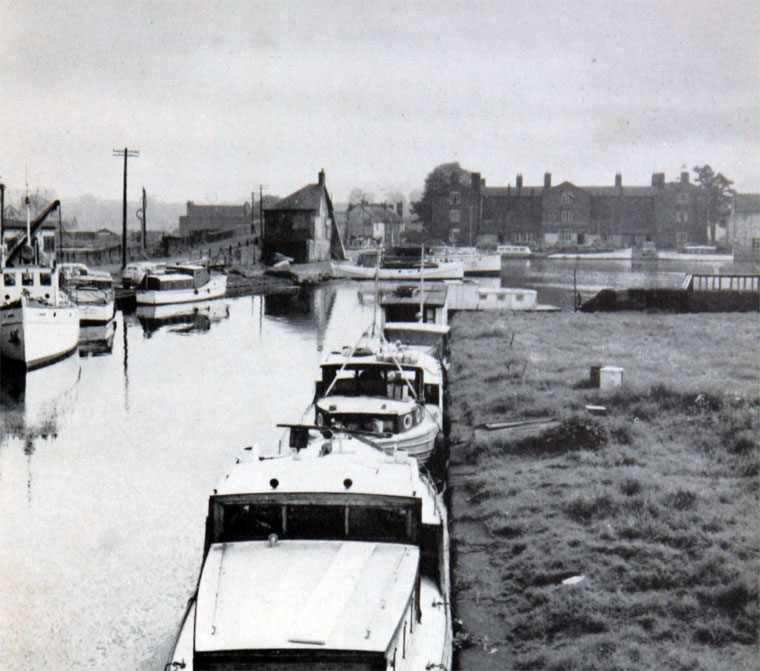 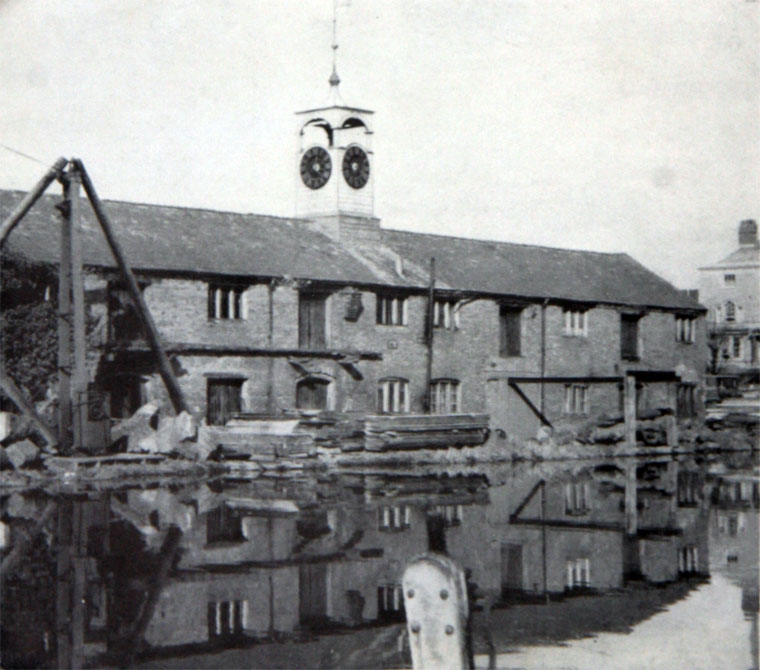 The Basin, Stourport on Severn. 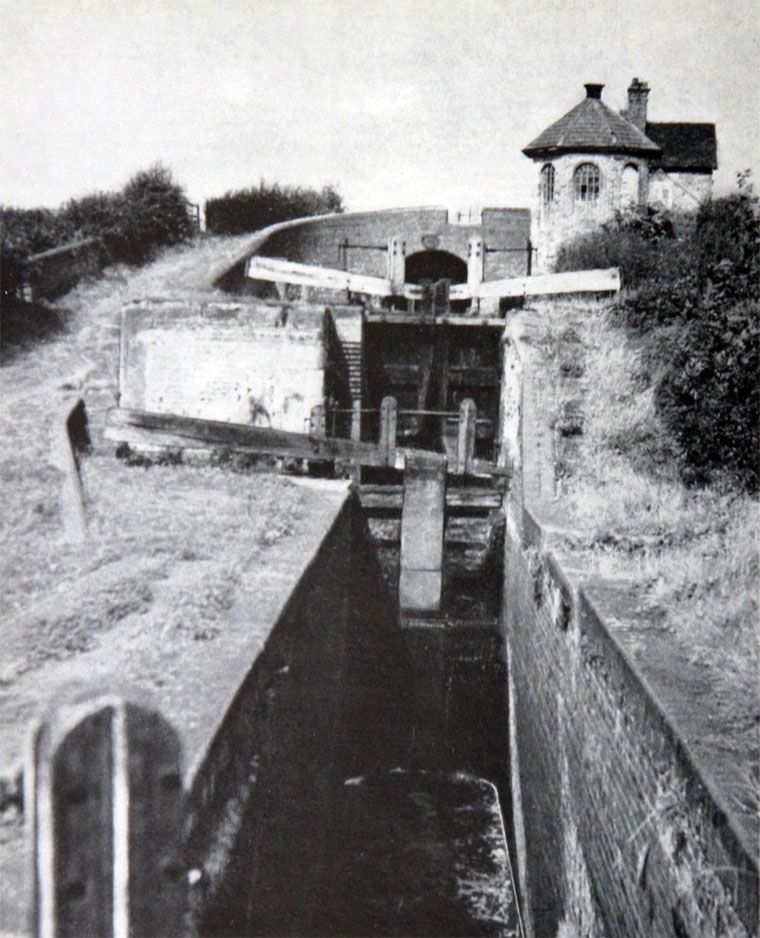 1961. Junction with the Trent and Mersey Canal

The canal runs from Stourport at the north end of the Severn Waterway to its interception on the Trent and Mersey Canal.

1766 The company was established. [1] This was the same year the Act of Parliament was passed for the construction of a canal between the river Trent and the river Mersey, the Trent and Mersey Canal.

James Brindley was entrusted with the works.

1772 It was first named the Wolverhampton Canal and opened to traffic in 1772 linking the river Severn at Stourport to the Trent and Mersey Canal at Great Haywood, near Stafford.

A few years later the name was changed to the Staffordshire and Worcestershire Canal.

For years, trade on the canal was booming, paying an annual dividend of 38 percent.