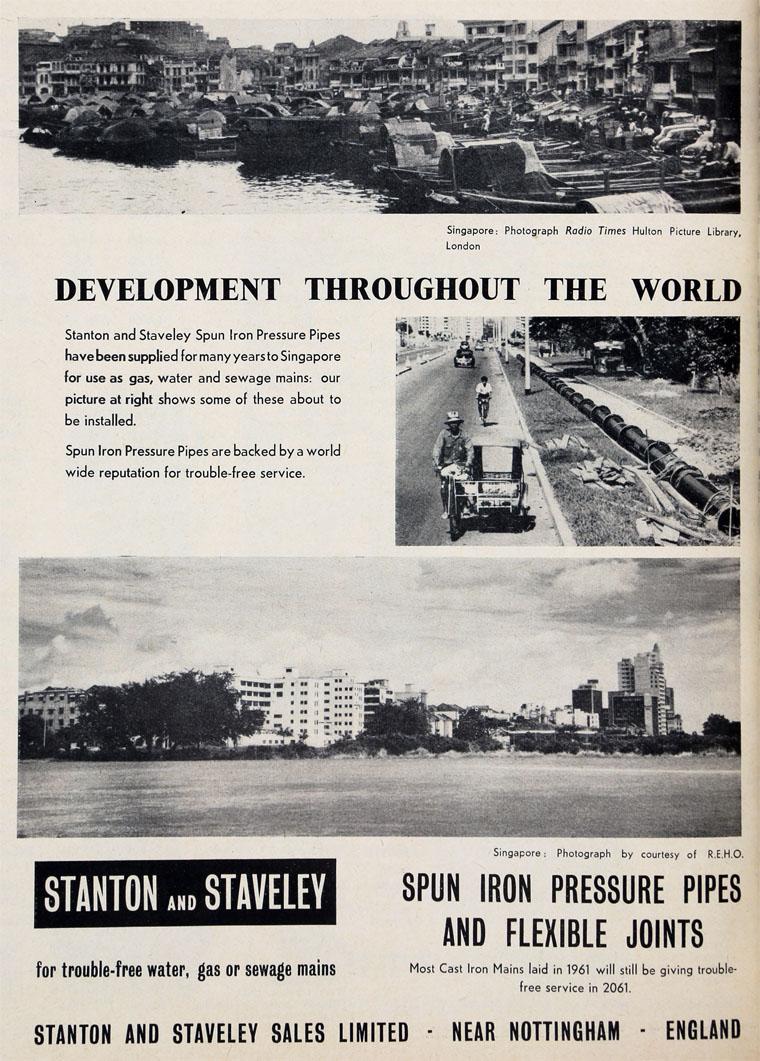 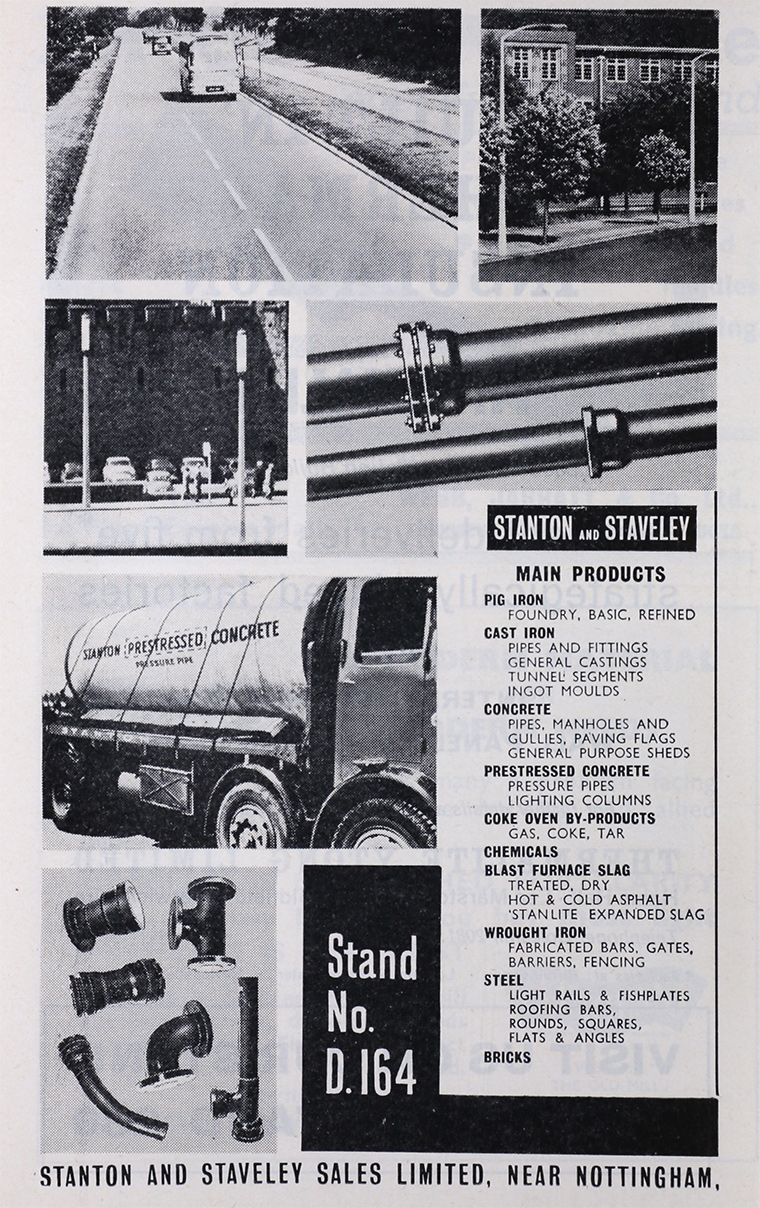 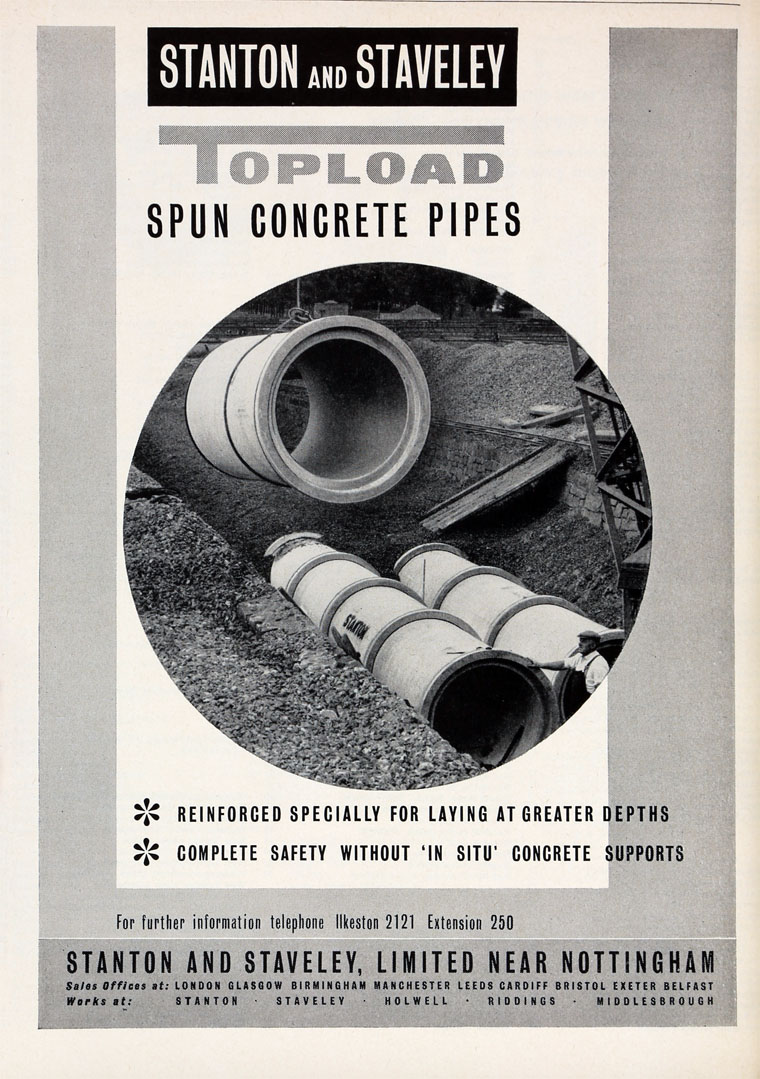 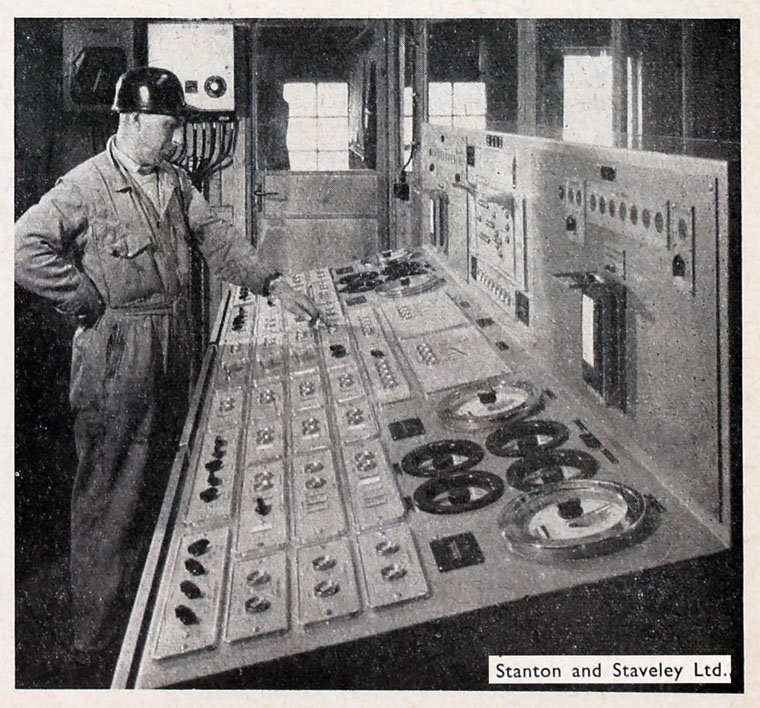 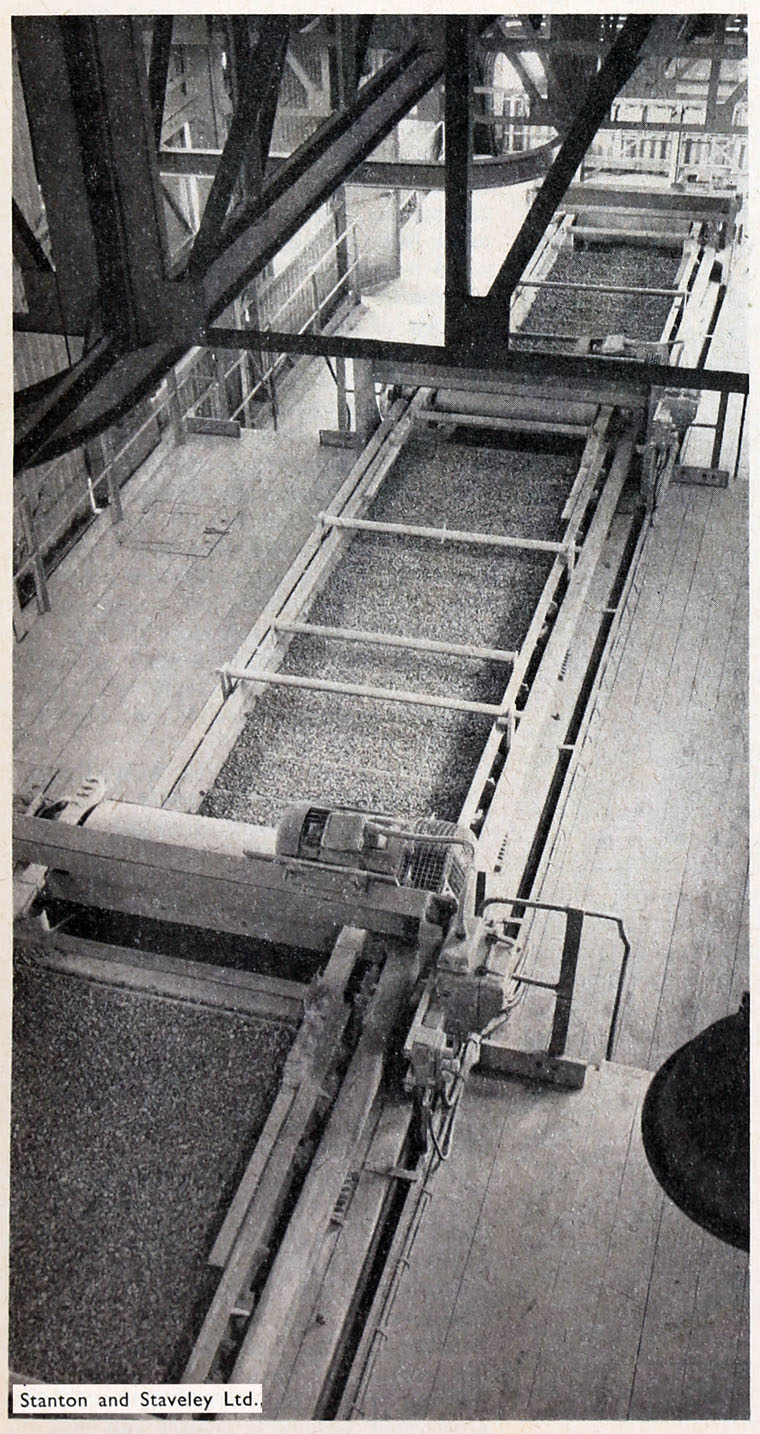 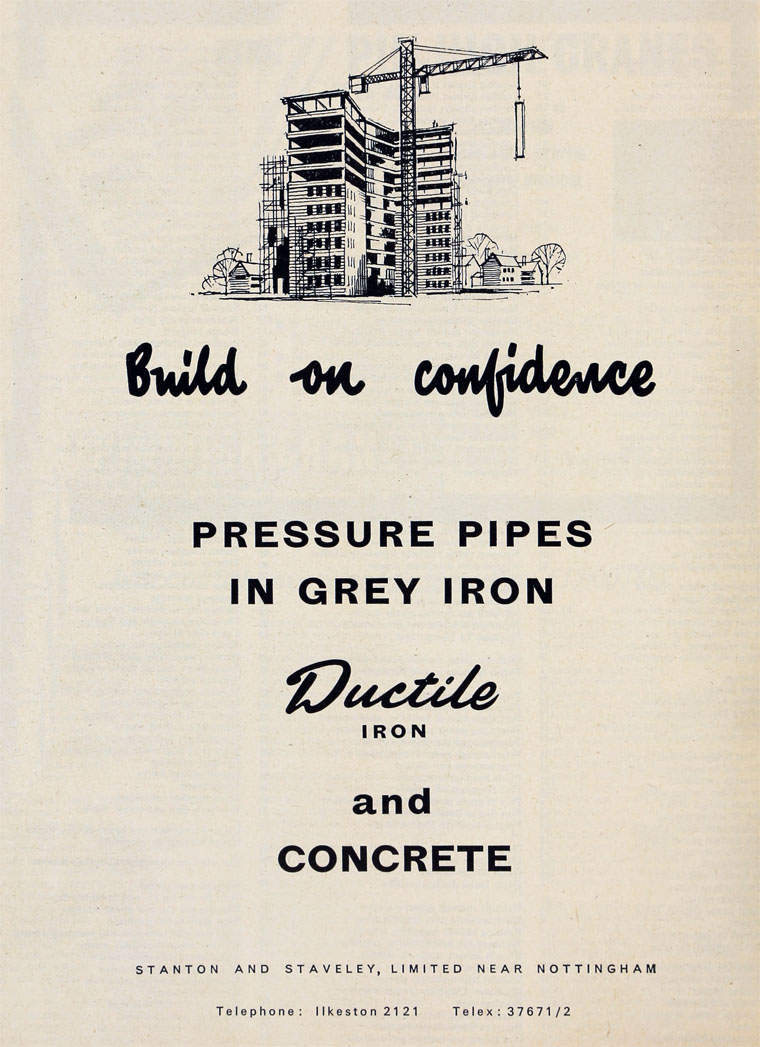 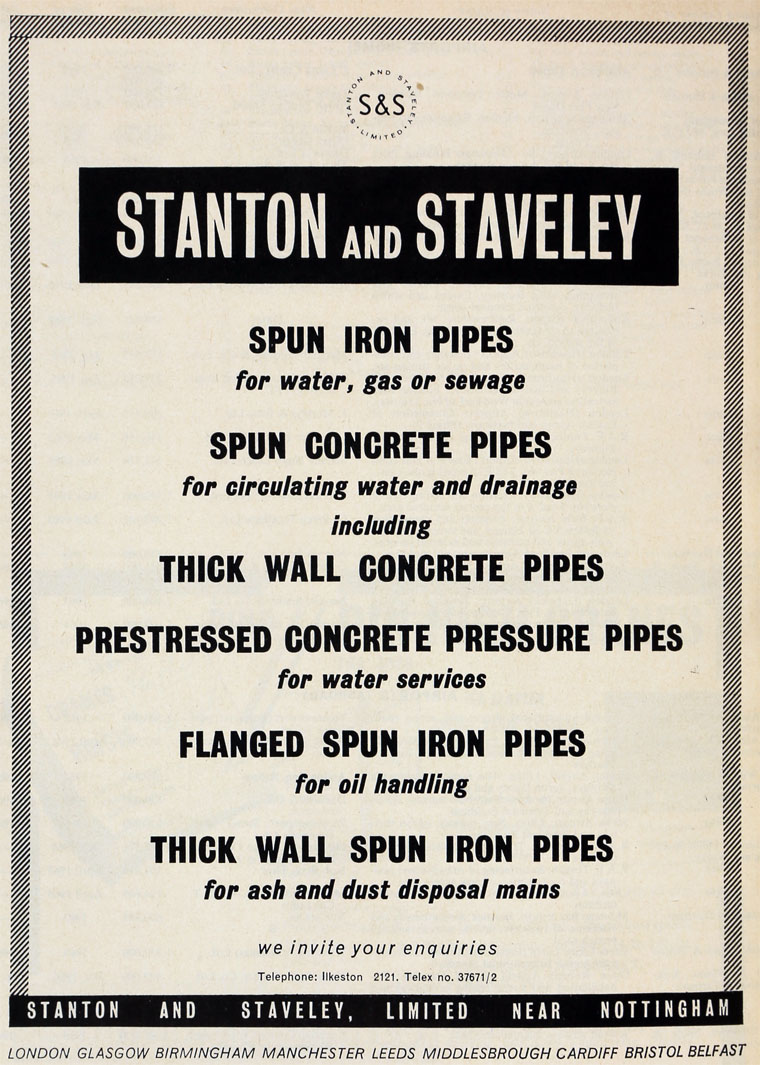 Stanton and Staveley became part of the British Steel Corporation, forming part of its Tubes Division. At its height, the company employed around 12,500 people of which 7,000 worked at the Stanton works.

1960 The Stanton Iron Works Co was taken over by Stewarts and Lloyds and was merged with the Staveley Iron and Chemical Co to form Stanton and Staveley.

1963 Expansion announced. 'Stanton and Staveley's new plant is costing £3,400,000 and will take about two years to complete. The principal item of equipment is a 55/70-ton Kaldo converter and ancillary plant to convert high phosphorous iron made from home ore into low phosphorous foundry iron. As part of the scheme the company is to extend its capacity for making ductile iron pipes and fittings at its spun pipe plants and foundries at Stanton works. Ironmaking is the foundation of the company's activities, using ores from the Midlands. But the trend has been towards low phosphorous iron; hence the "Kaldo" vessel, which will dephosphorise molten iron from the blast furnaces.'[1]

1967 Stewarts and Lloyds became part of the nationalised British Steel Corporation, and their major subsidiary - Stanton and Staveley - was also incorporated.

During the early 1980s the firm was privatised and then became part of the French Pont-a-Mousson Group and later part of Saint-Gobain, who ended the manufacture of iron products at the site.