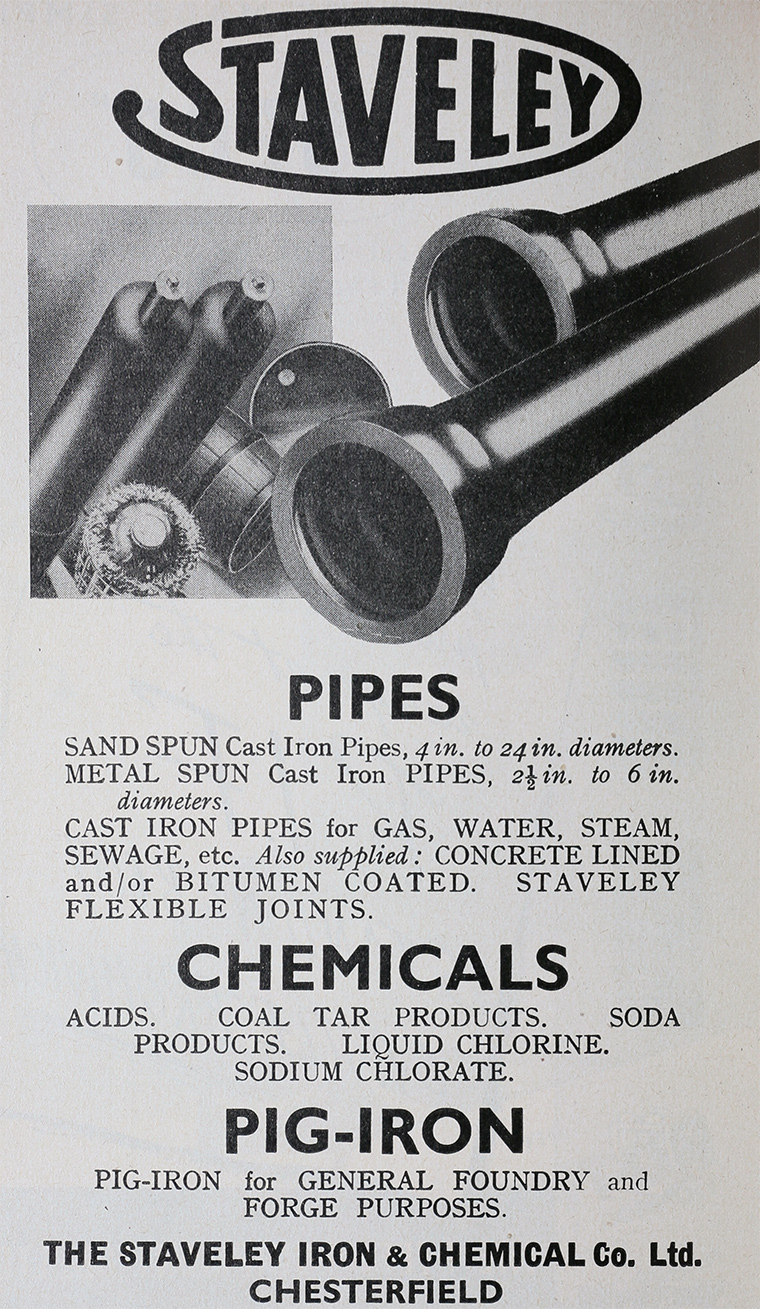 1948 Company formed, a subsidiary of Staveley Coal and Iron Co

1953 The directors of the Staveley Coal and Iron Co, bruised by the lengthy negotiations for compensation from the National Coal Board for properties nationalised in 1948, decided not to buy the Staveley Iron and Chemical Co from the Holding and Realization Agency[2]. Subsidiary companies included:

1955 Sheepbridge Coal and Iron Co was transferred from the Holding and Realization Agency to Staveley Iron and Chemical Co[4].

1960 The Staveley Iron and Chemical Co was sold by the Holding and Realization Agency to Stewarts and Lloyds Ltd for six million pounds[5] and merged with Stanton Iron Works Co to form Stanton and Staveley.

By 1966 name had been changed to Staveley Industries; acquired Craven Brothers but it was losing money[7]

1967 Stewarts and Lloyds (including its subsidiaries) and the rest of the steel industry was nationalized, becoming part of British Steel.