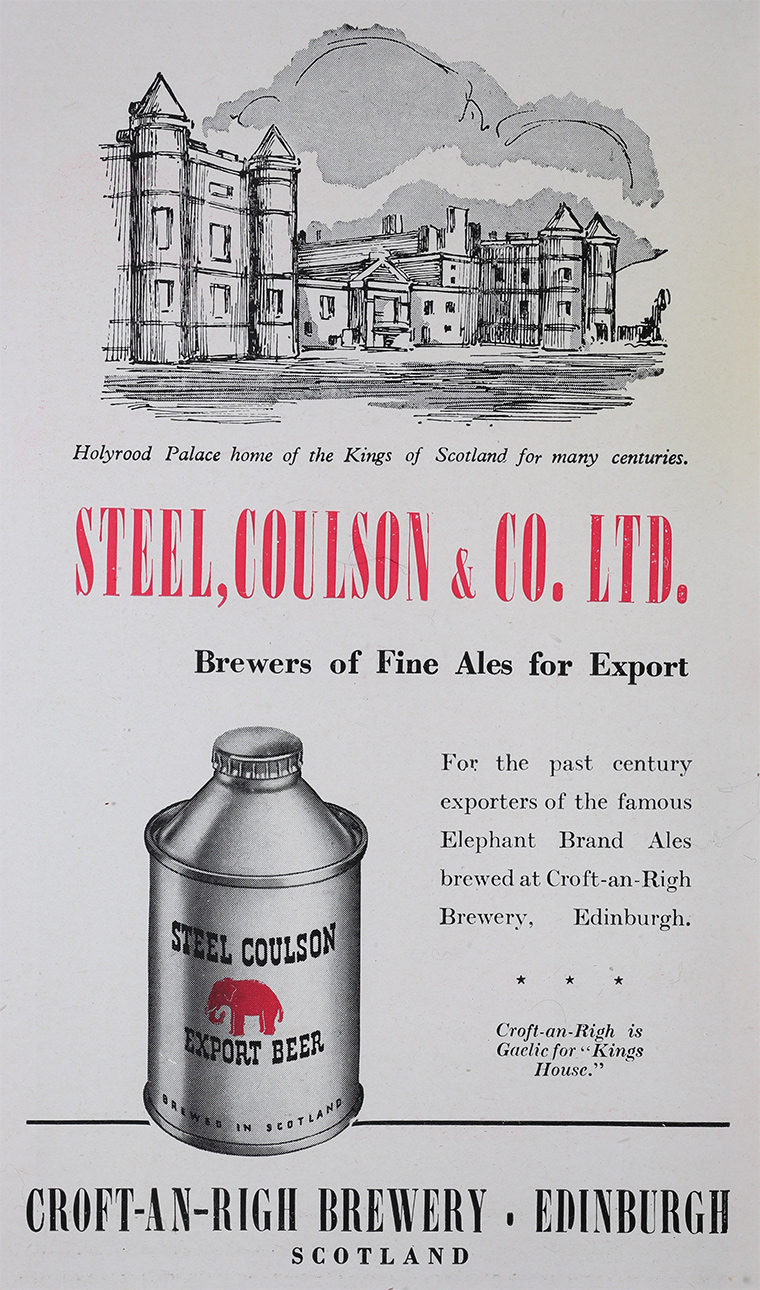 1853 The brewery was relocated to Greenhead Street.

1858 He acquired the Craigend Brewery in Edinburgh.

1865 James Steel took George Coulson as a partner, and together they formed Steel, Coulson and Co. The partnership was later dissolved.

James Steel was a talented mechanical engineer and inventor. Among his inventions were a malt masher and the Steel MacInnes Brake for railway carriages.