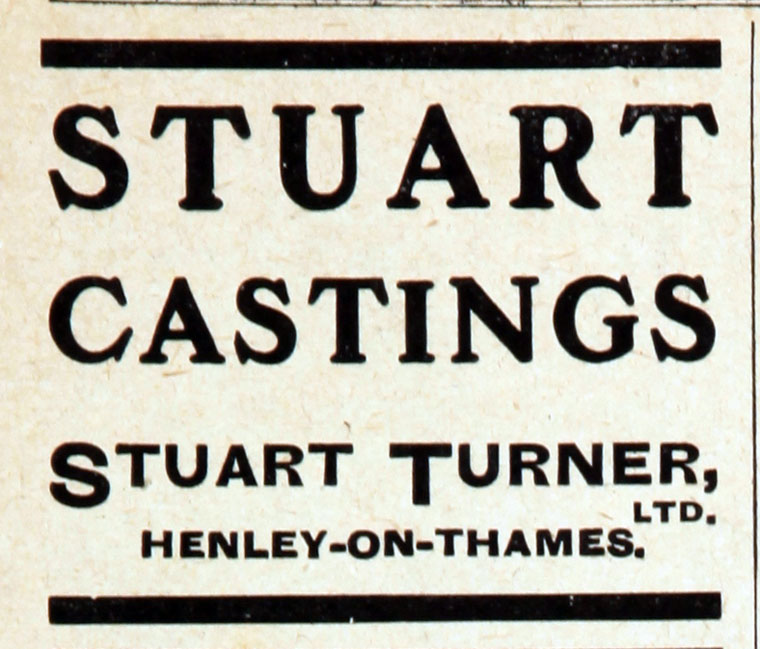 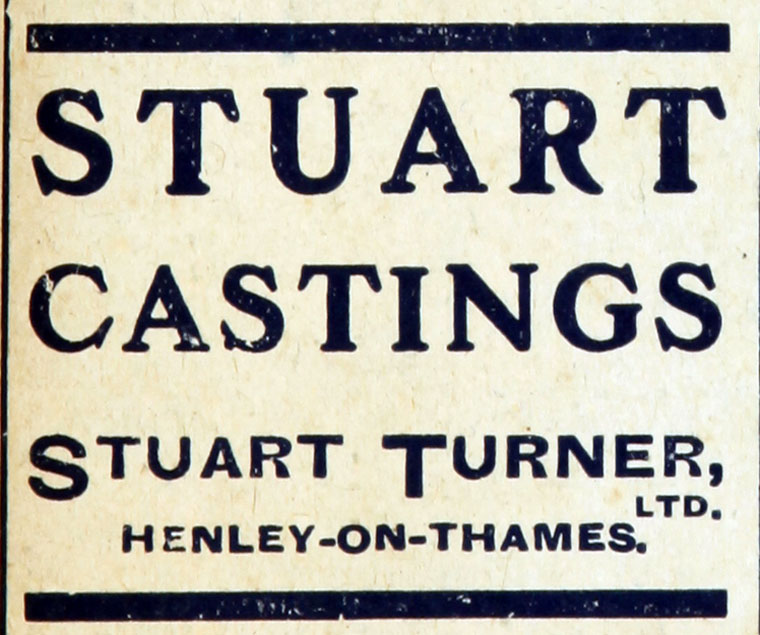 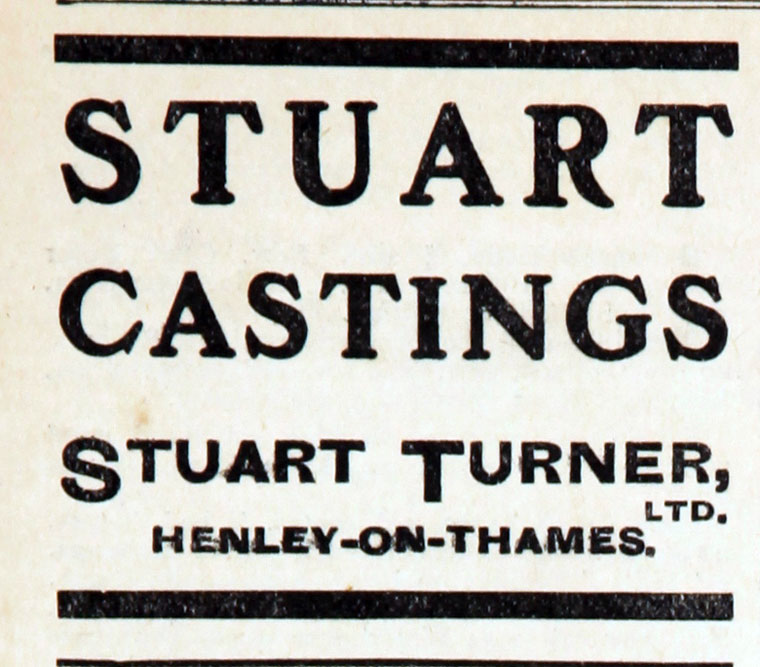 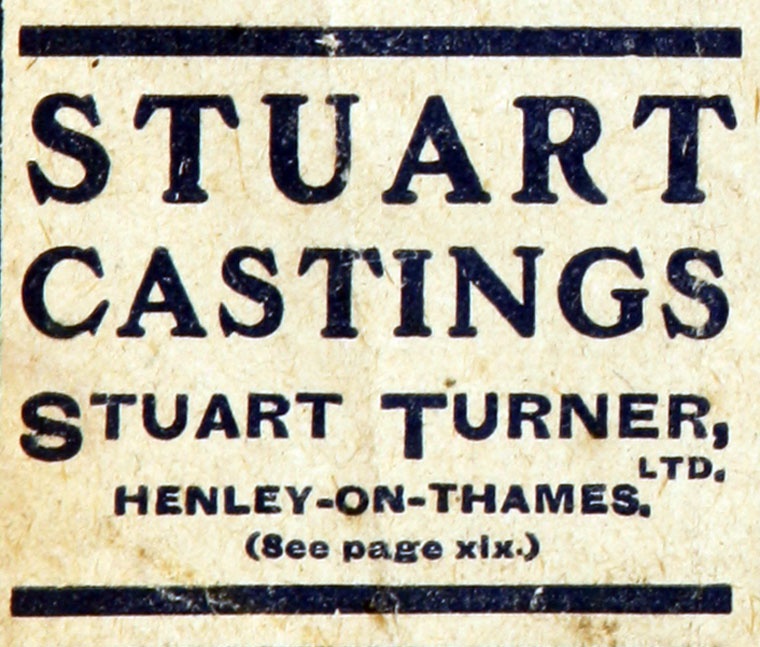 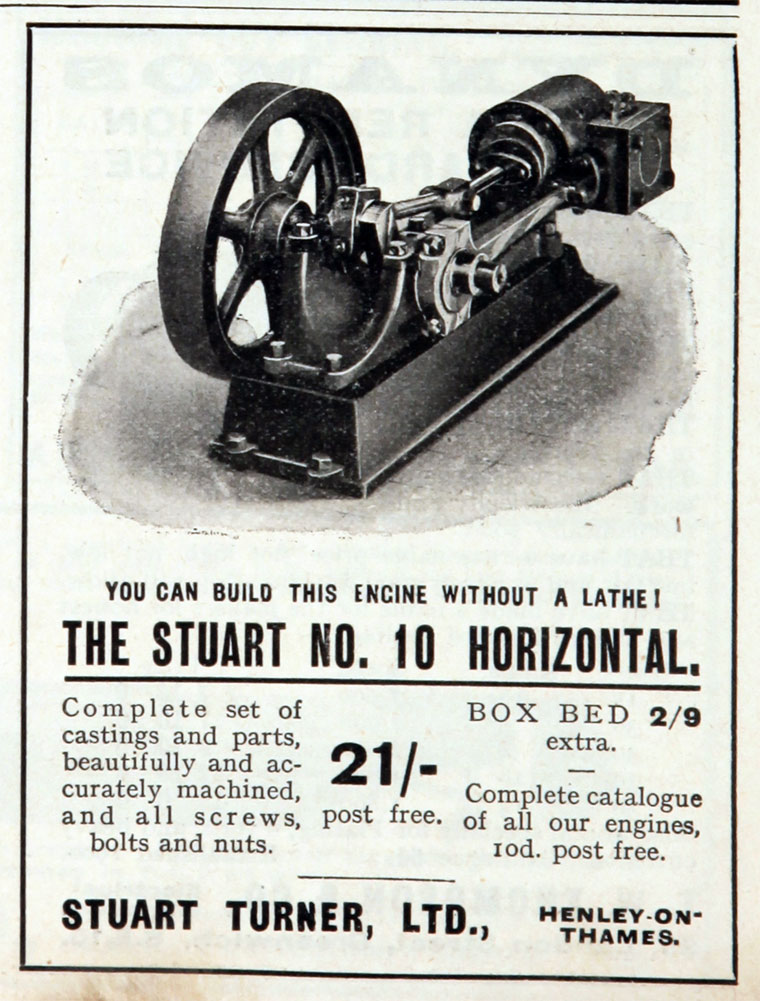 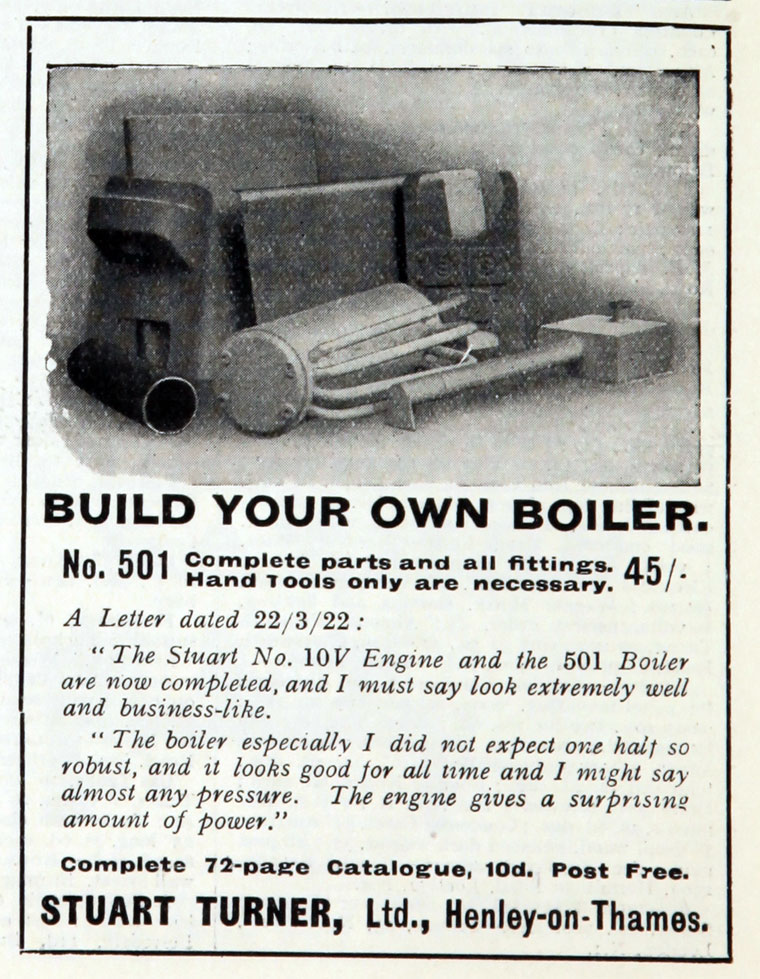 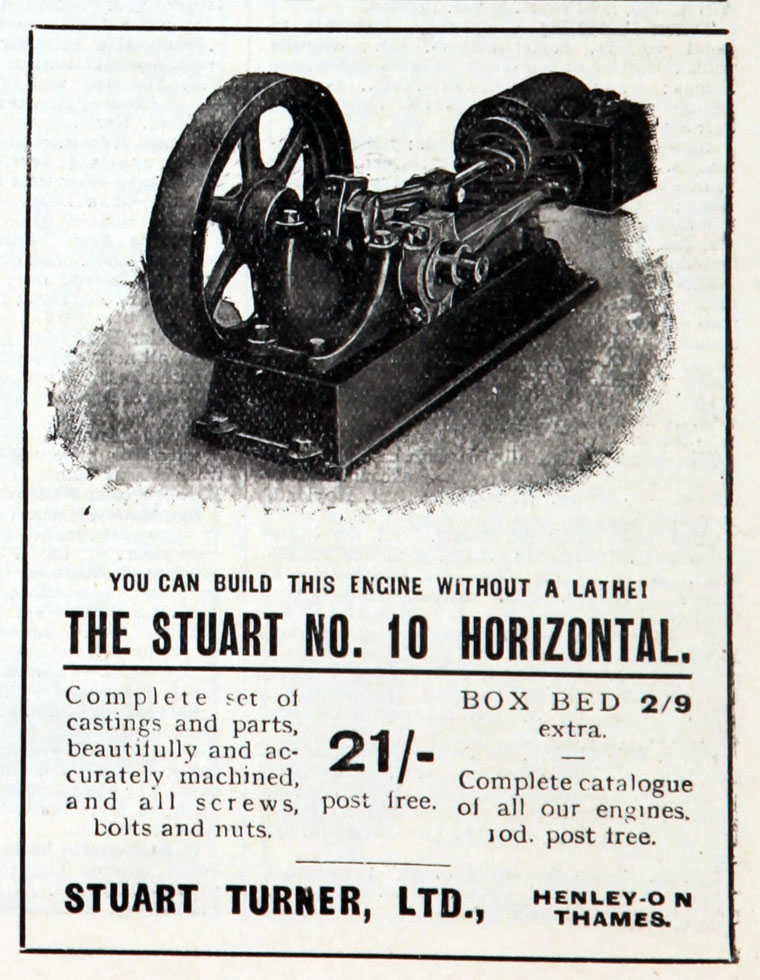 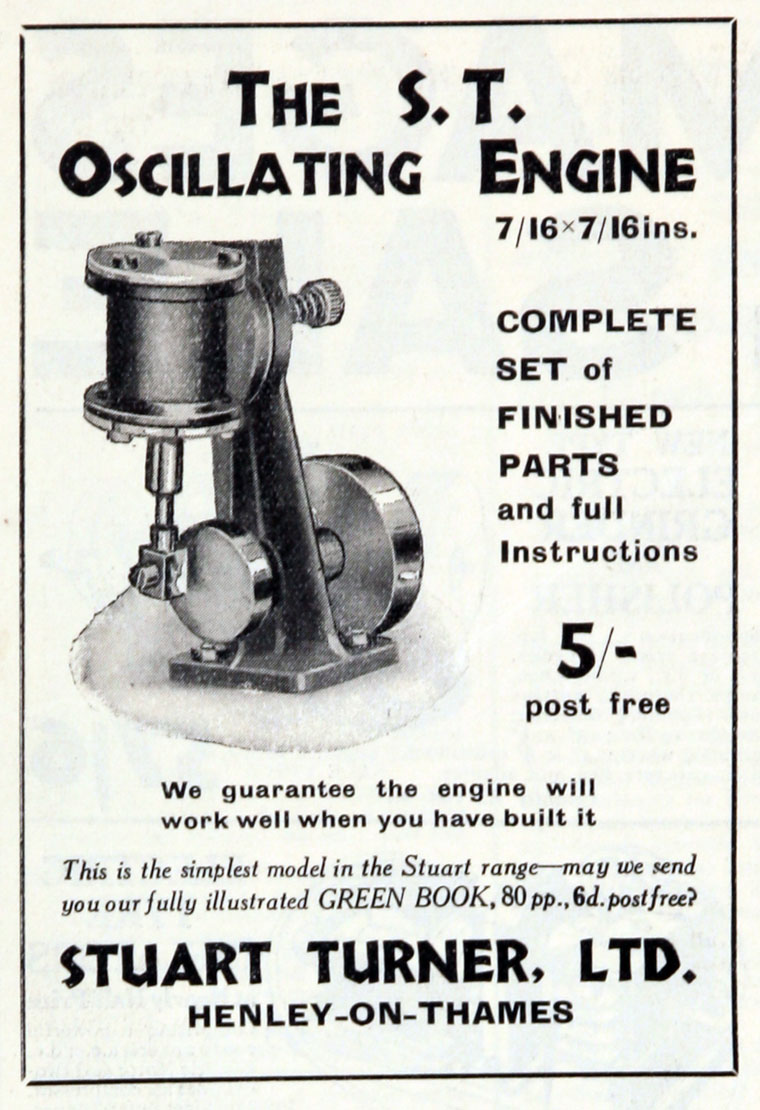 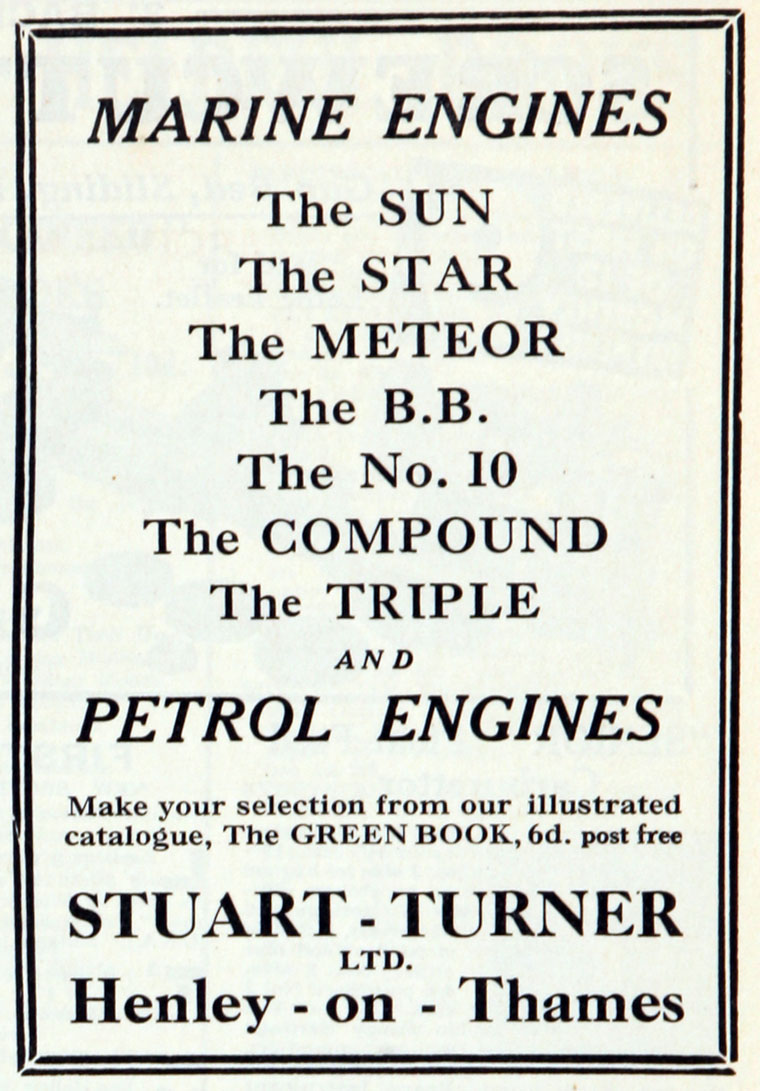 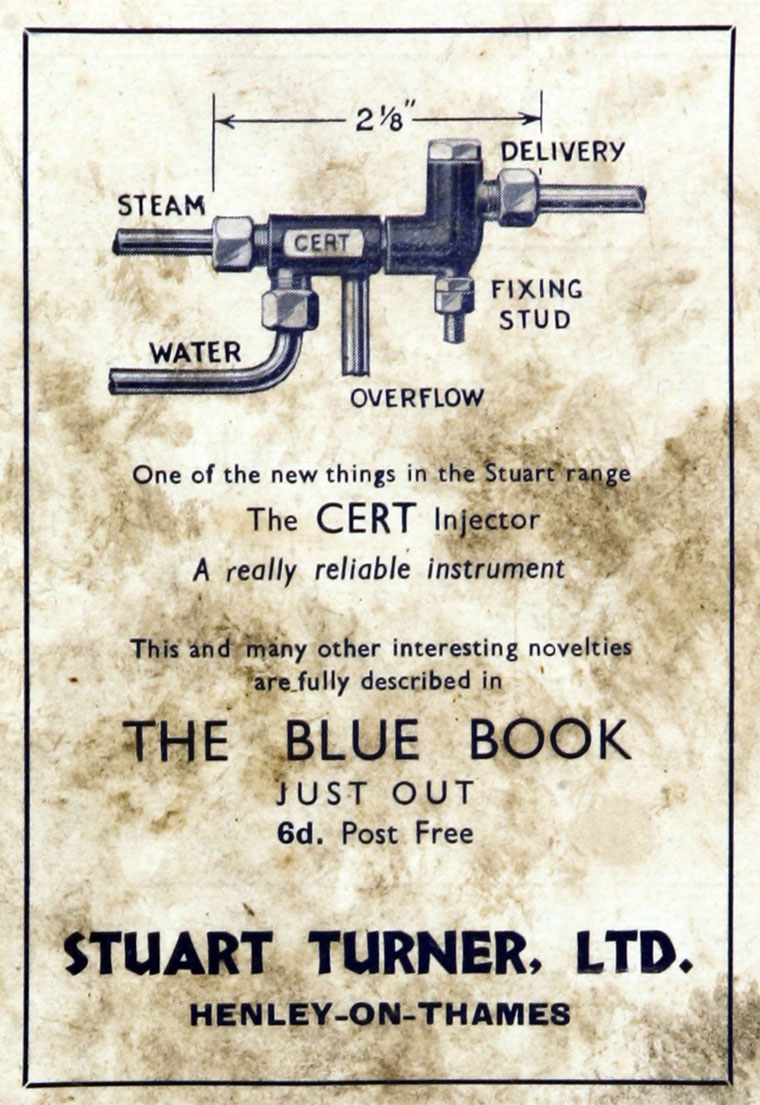 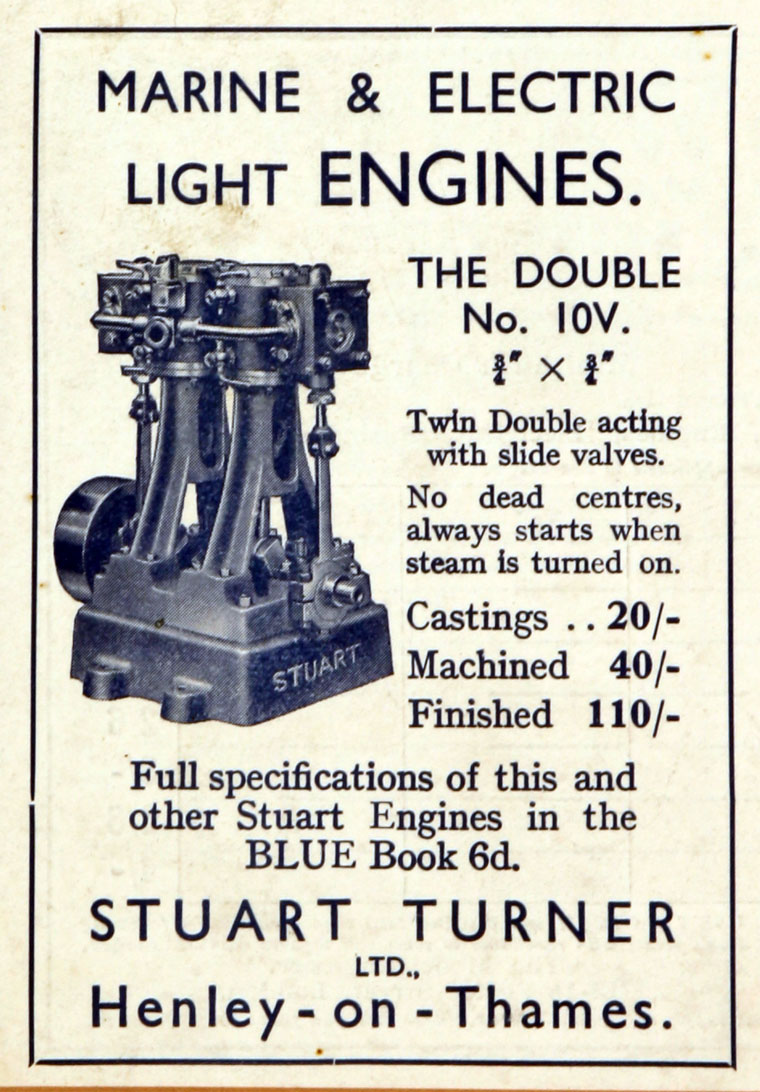 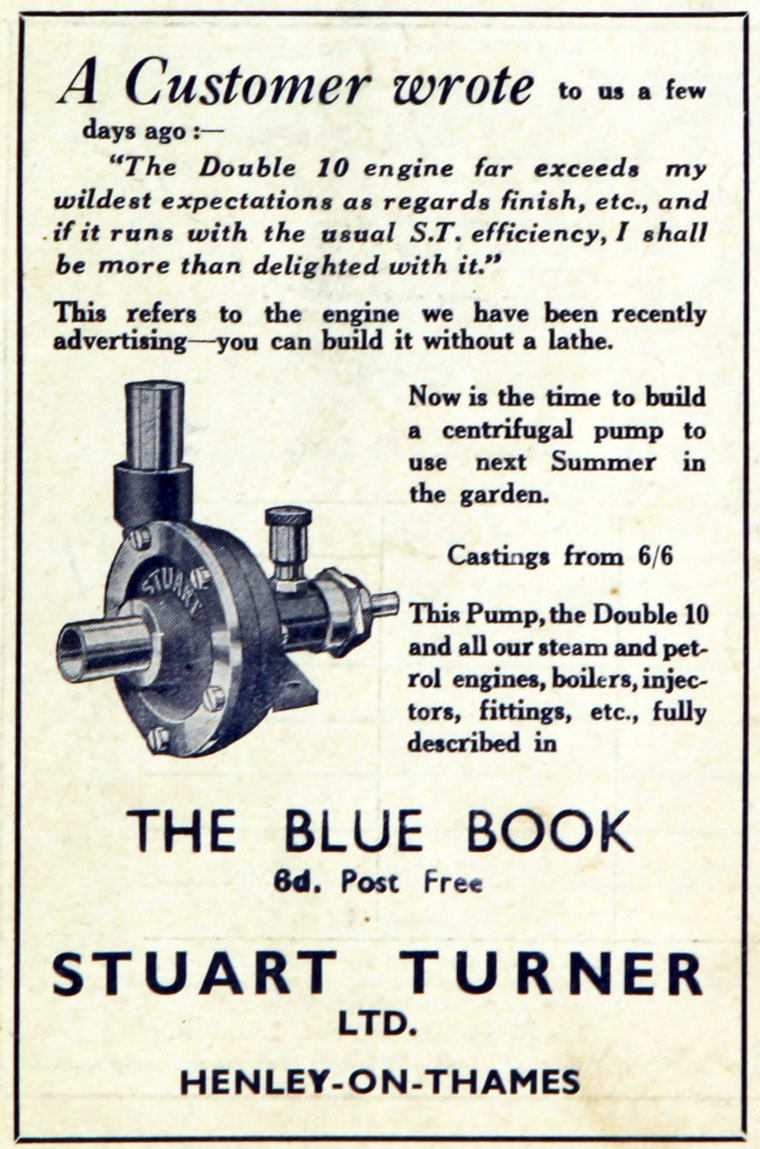 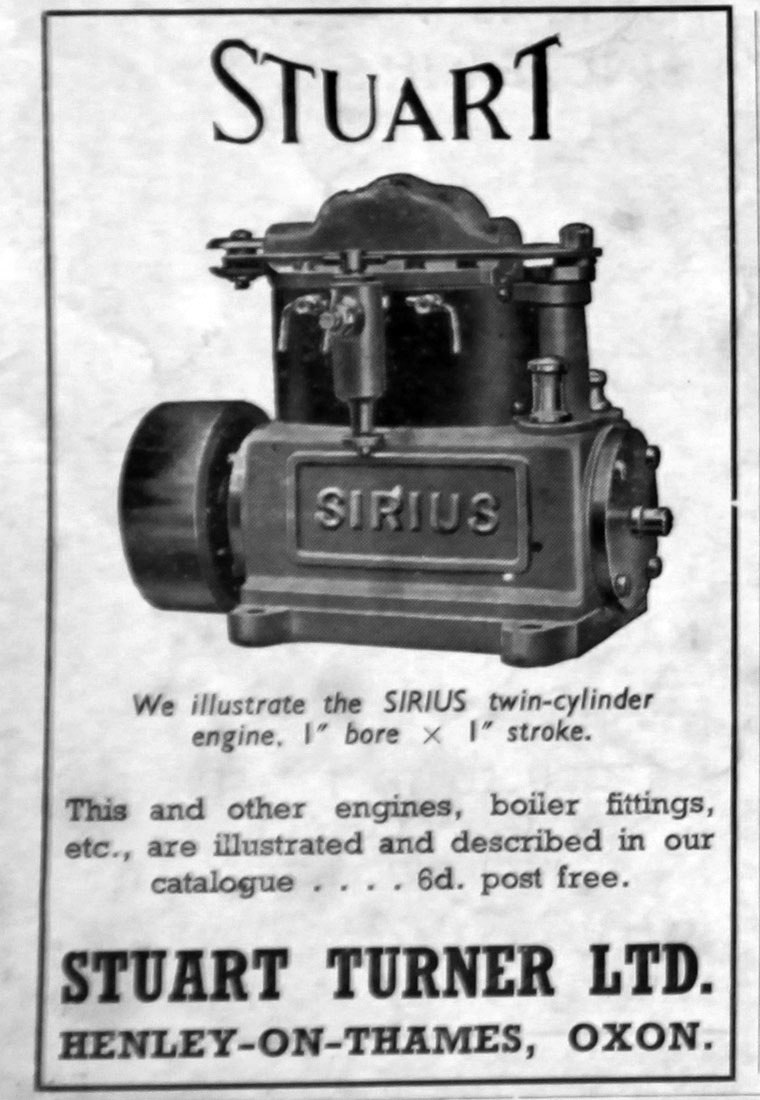 Stuart Turner and Co of Henley-on-Thames.

1906 Stuart Turner Ltd was incorporated and started to produce model steam engines, gas engines for domestic electricity, lathes, etc. Stuart Turner went on to produce further designs, and by the end of 1906 there were nine models in the range.

By 1907 more space was needed so premises were rented at Market Place, Henley-On-Thames where the company remained for many years.

In 1911, the Stuart Stella motorcycle was introduced, including a two-cylinder water cooled two-stroke engine.

In 1914, the company manufactured a generating plant for the Antarctic explorer Ernest Shackleton's ship, the Endurance. It was used in the ill-fated Imperial Trans-Antarctic Expedition.

WWII During World War I (1914–18), the company produced nuts and bolts, gas valves and a Klaxon horn for gas attack warnings. The workforce expanded to over 300 men and 100 women.

In 1917, Stuart Turner acquired Broadgates Inn in Market Place, Henley-on-Thames, and has used this as a base ever since.

A decision was taken in the late 1980s to separate Stuart Turner Ltd. into two separate operations with the larger side of the business making pumps staying at Henley-on-Thames, Oxfordshire, England, and the Steam Engine section moving to Cheddar in Somerset.

In 1991, Stuart Models underwent a change of ownership with the production and sales departments moving to Guernsey.