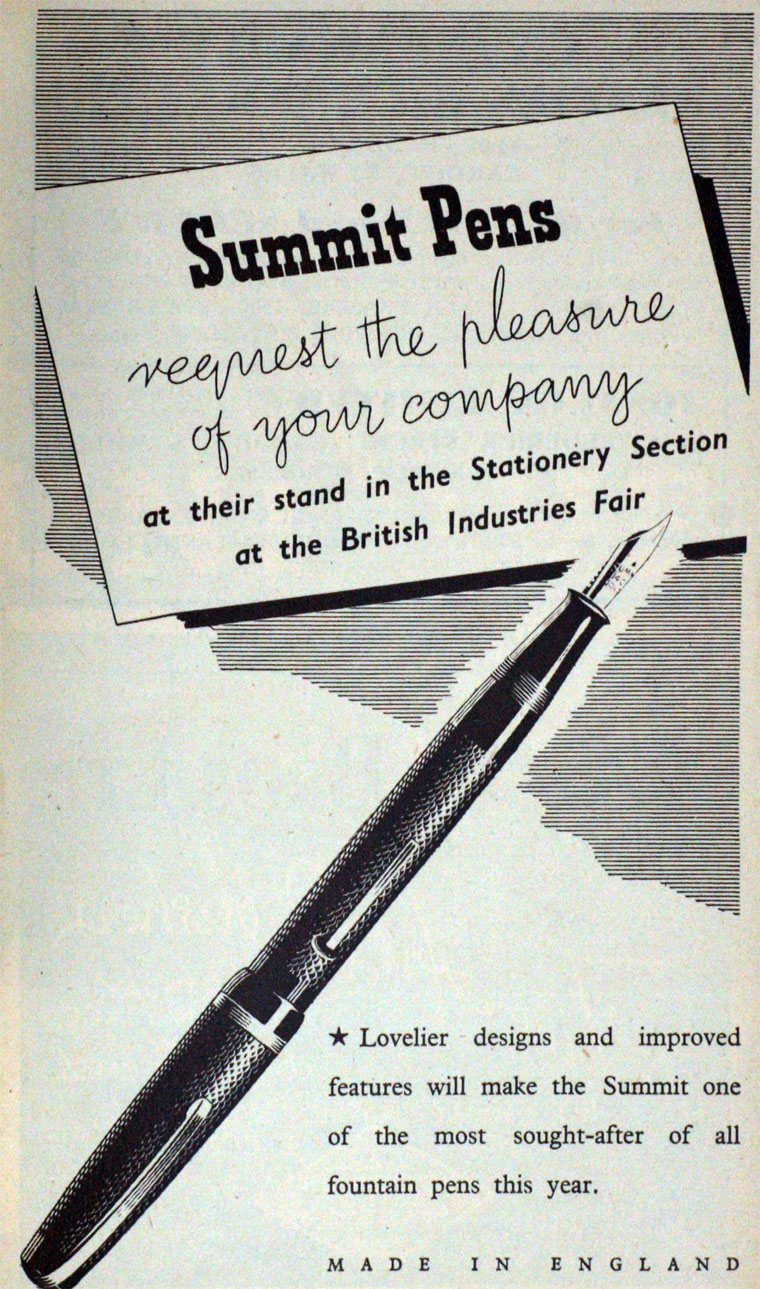 Early 1900s. The Liverpool firm of Curzon, Lloyd, and MacGregor began making pens shortly after the turn of the century.

1930s In the mid-1930s, their products became known as Summit Pens (using a "twin peaks" trademark).

Post WWII. They remained in production until just after the Second World War. Summit pens occupied much the same niche in the middle of the market as Burnham and Conway Stewart, but were more conservative in style than those competitors.

Summit used "lizard" plastics rolled on the bias for an unusual helical effect, which was very stylish. Summit's use of a Vacumatic-style clip and jewel assembly was several years ahead of its adoption by Conway Stewart.