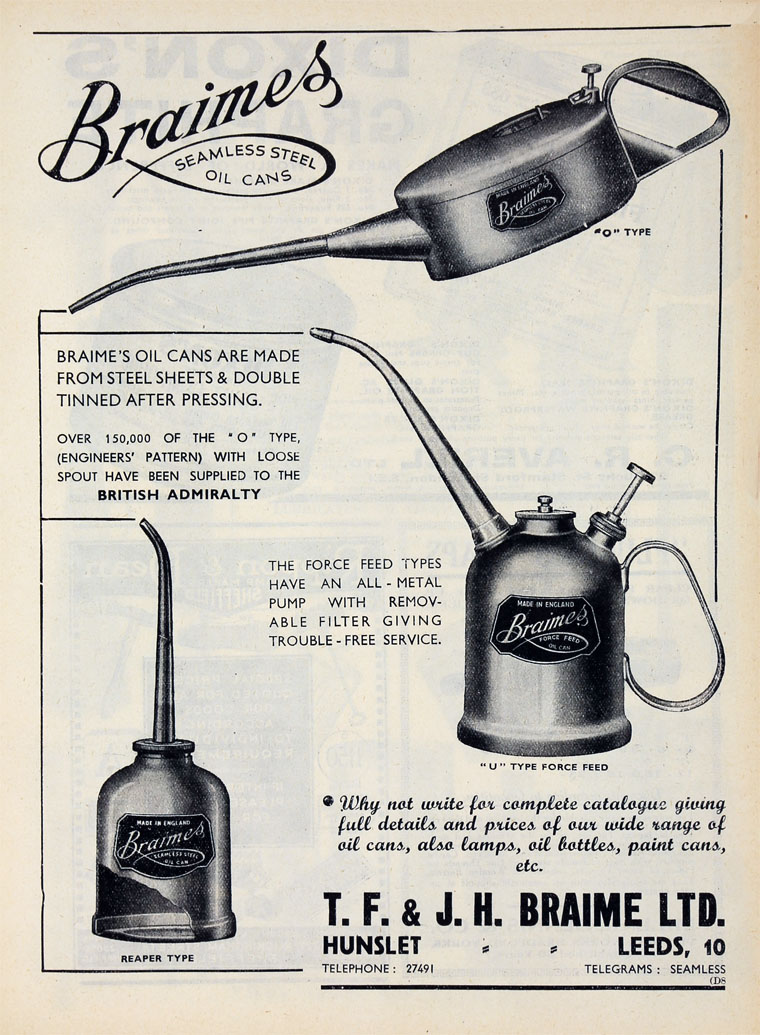 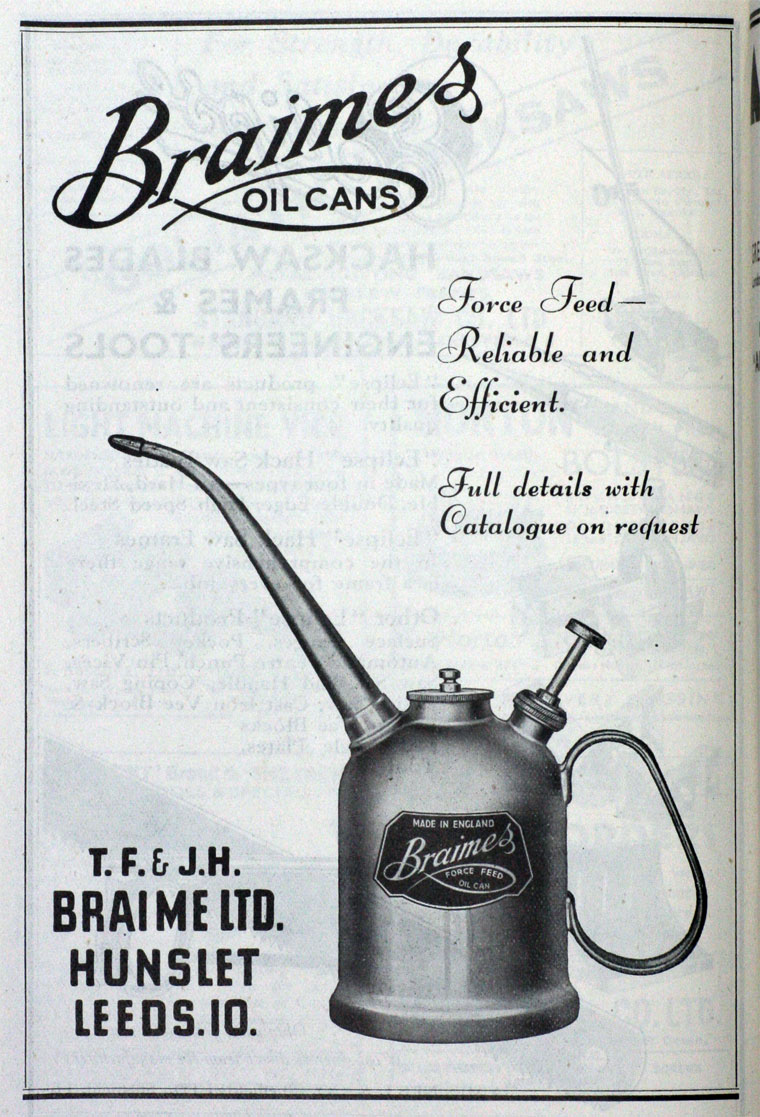 1888 Braime Pressings was founded by Thomas Fletcher Braime and was later joined by James Henry Braime. The company operated out of small premises in Hunslet Leeds, initially producing small pressings with a flypress and fabricating the Braime Oil Can.

1911 Manufacturer of Seamless Steel Oil Cans for the Railways. [1]