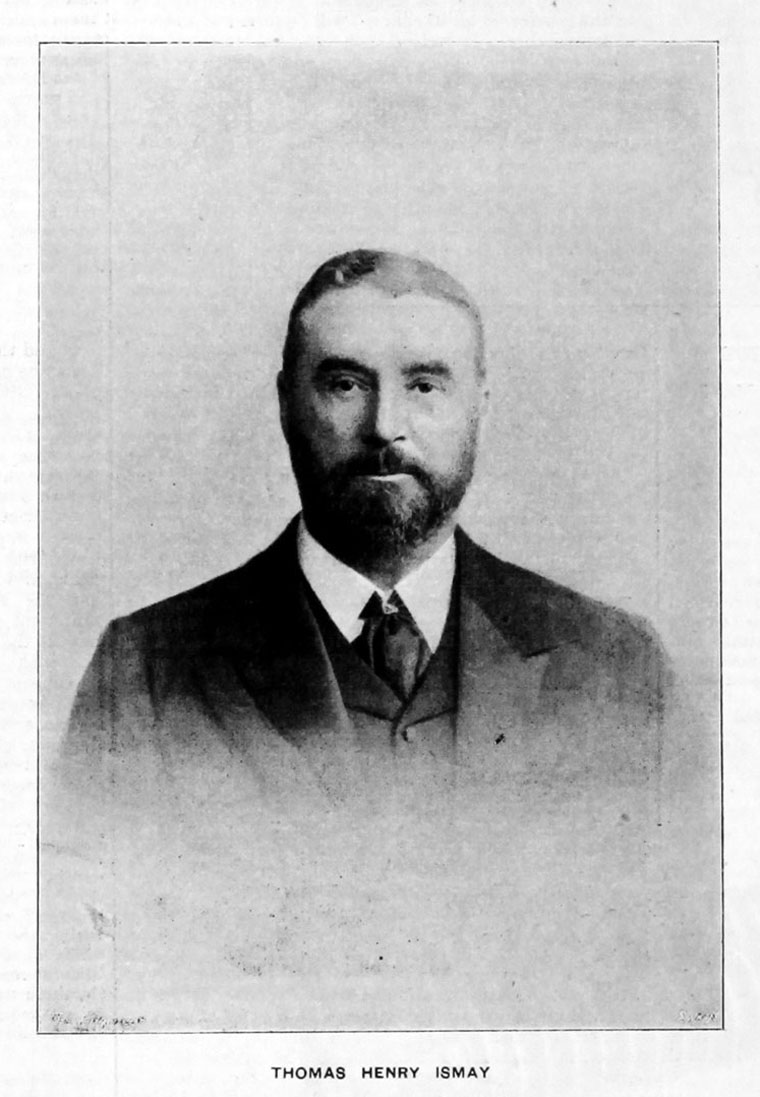 1862 After Nelson, Ismay and Co closed, Thomas Henry Ismay (1837-1899) set up T. H. Ismay and Co, with offices at 10 Water Street, Liverpool. This was to be his head office until 1898. The business mainly consisted of running sailing ships to Central and South America

1867 Ismay entered the steam trade by becoming a director of the National Steam Navigation Co, a transatlantic line.

1867 Ismay purchased the goodwill of the bankrupt White Star Line, which ran clippers to Australia, putting his own iron ships into this trade. The purchase included a flag design of a white star on a red ground.

By 1868 Messrs. Ismay had embarked upon a policy of larger ships. With the financial assistance of the builders, Alexander Stephen and Sons, who took a share in the vessel, they built the Comadre, an iron sailing-ship of 805 tons and 185 feet in length, which was followed, in 1869, by the composite-built barque Singapore. These vessels were among the last sailing-ships constructed by Stephens.

1869 Ismay, in partnership with an old friend and fellow-apprentice, William Imrie, (presumably as Ismay Imrie and Co), formed the Oceanic Steam Navigation Co, backed by Gustavus Schwabe, a Liverpool merchant, on condition that all their ships would be ordered from Harland and Wolff (Schwabe's nephew, Gustav Wilhelm Wolff, had recently joined with Edward James Harland in the shipbuilding business in Belfast).