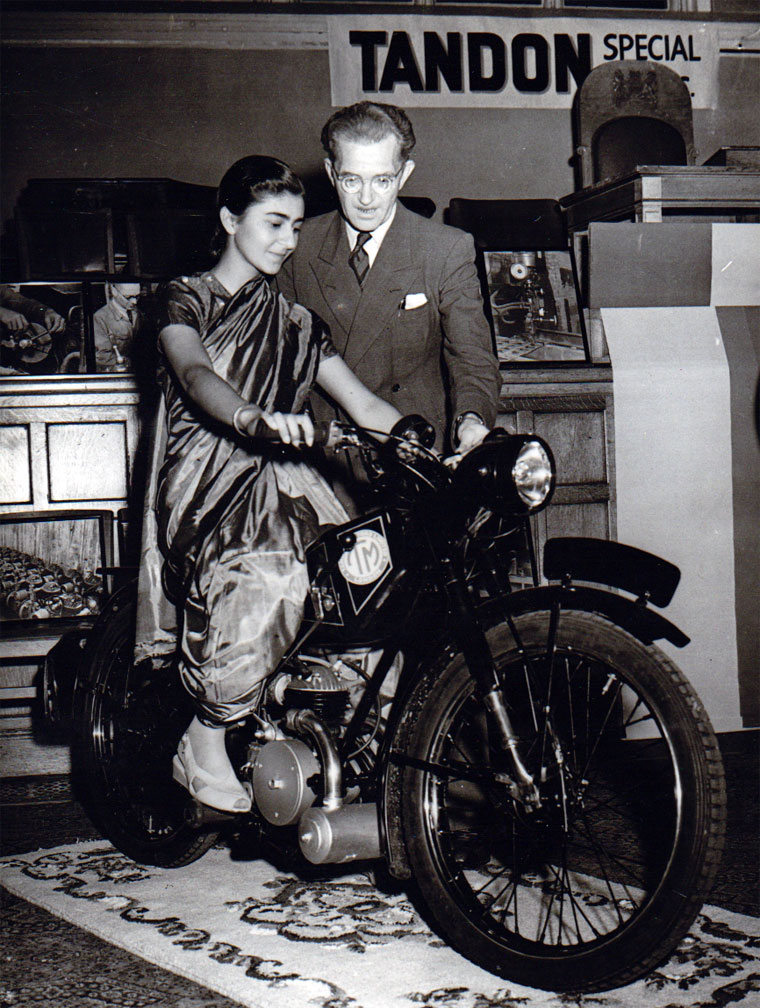 Tandon were motorcycles produced by Devdutt Tandon, who had been born in India, from 1948 to 1959, in Watford, Hertfordshire.

Made Milemaster, Supaglid models, a Kangaroo trials model, Imp and Starlett, as well as several others.

1948 The first model appeared as a cheap lightweight intended for both home use and export. Lacking in refinement, it was fitted with a 122cc Villiers 9D pre-war engine, installed in a frame that was of tubular, bolted construction. Although it had telescopic forks, it was angular and not at all stylish.

1950 The original model was joined by a much improved machine, known as the Supaglid, fitted with the more modern 122cc 10D engine and pivoted-fork rear suspension controlled by a rubber cartridge.

1951 Another version appeared, with a 197cc 6E engine, plus a competition model.

1952 Production of the original, somewhat crude model, stopped that year.

1955 Time and money ran out and so the firm was wound up late in the year.

1959 After a few more years of production, no further machines were built after that year.