Grace's Guide is the leading source of historical information on industry and manufacturing in Britain. This web publication contains 138,976 pages of information and 225,312 images on early companies, their products and the people who designed and built them. 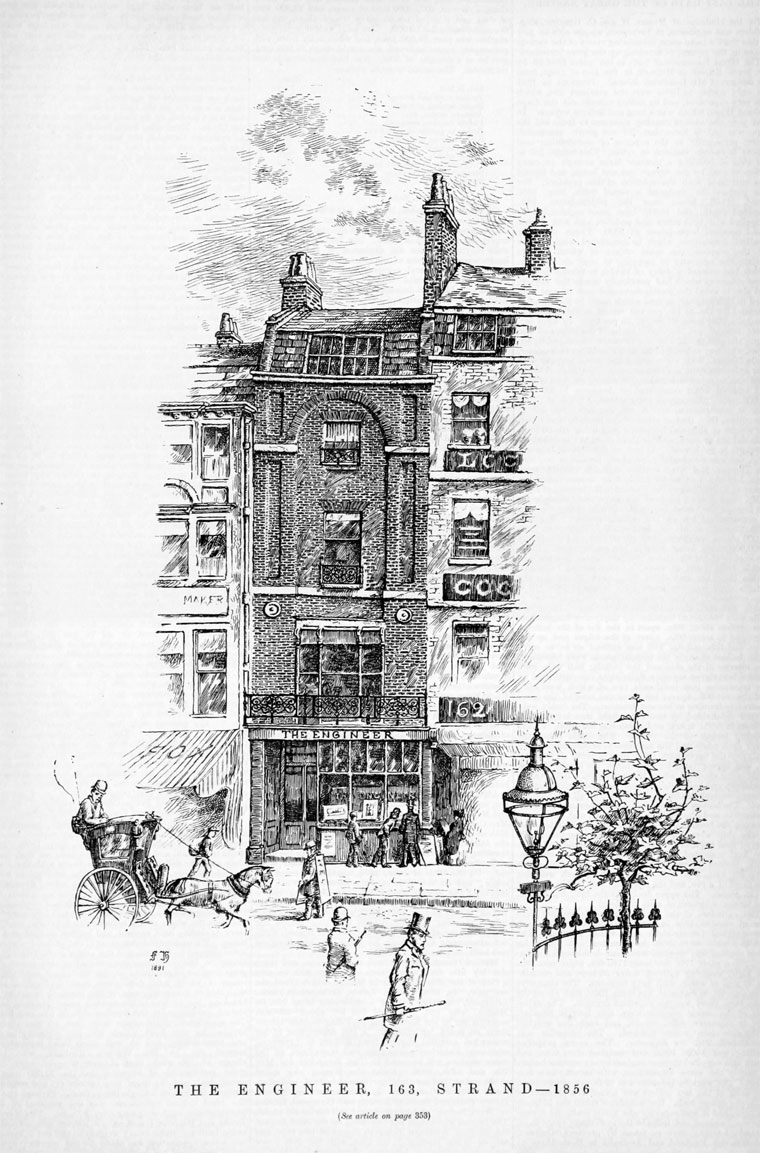 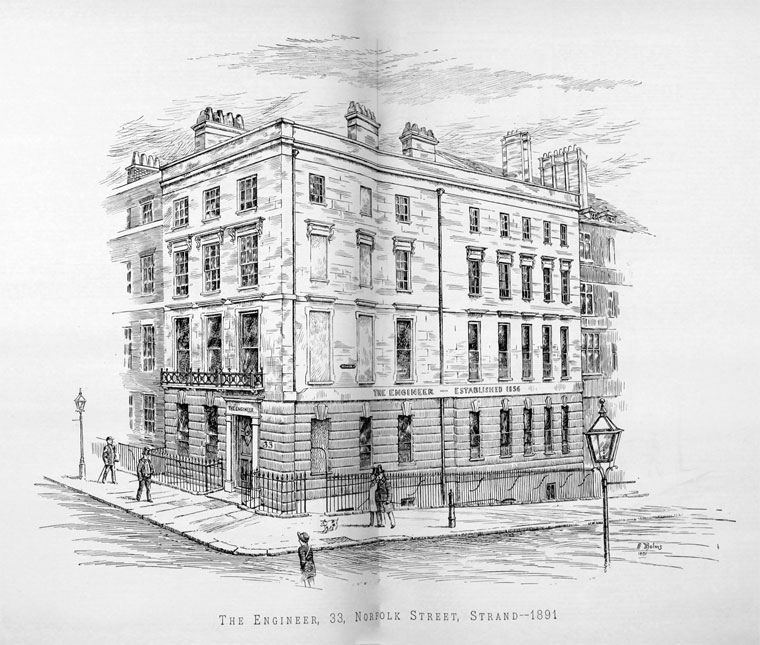 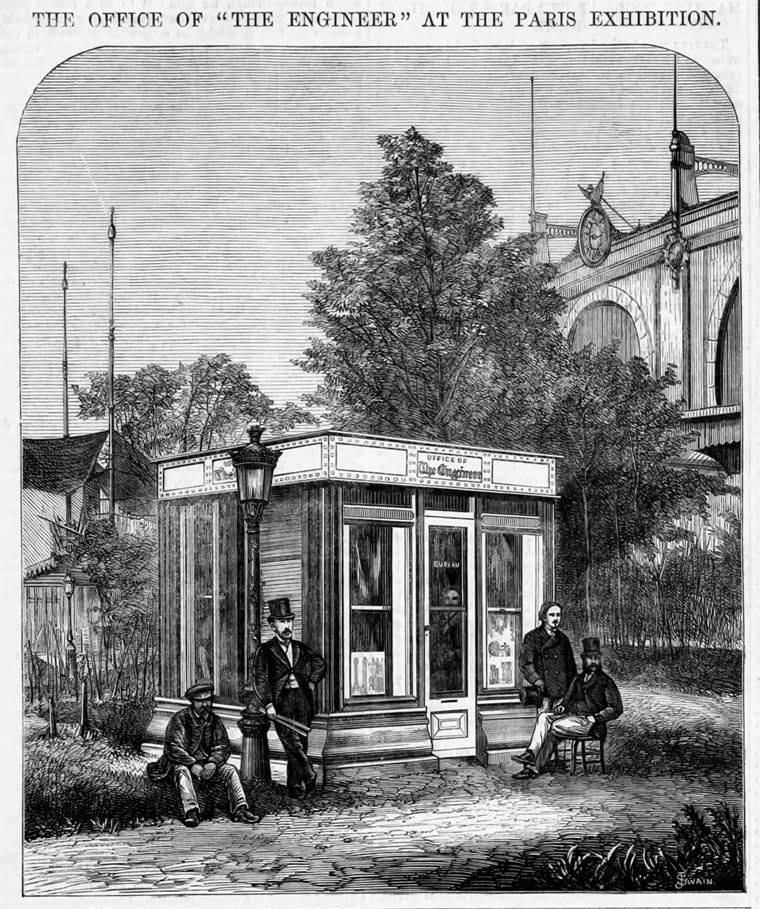 1867. The office of The Engineer at The Paris Exhibition. 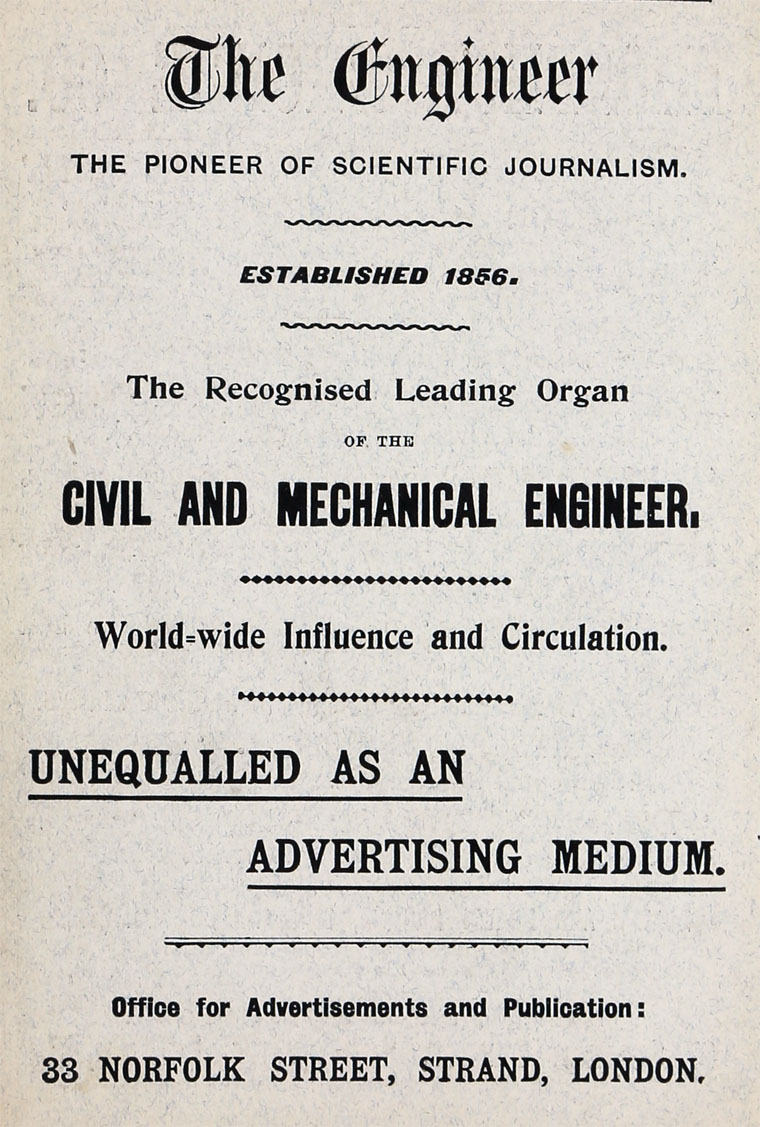 Founded in January 1856 by Edward Charles Healey, an entrepreneur and engineering enthusiast with financial interests in the railways, the journal chronicles and explains the technical developments under-way during Britain's Victorian and Edwardian age of innovation.

It was initially run by the Office for Publication and Advertisements, 163, then 33 Norfolk Street, Strand, WC, and later Essex Street, Strand.

It was a weekly journal, eventually made available globally.