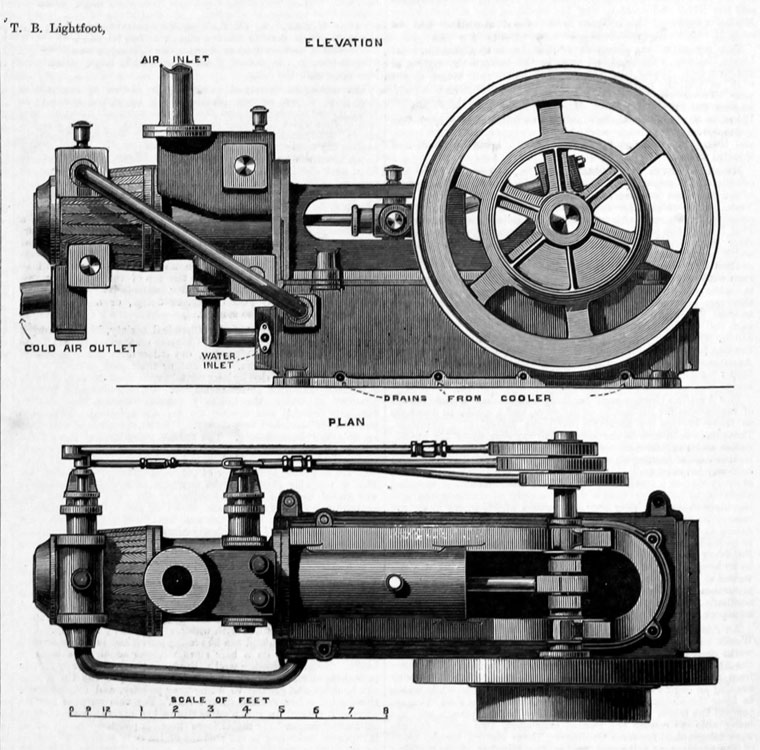 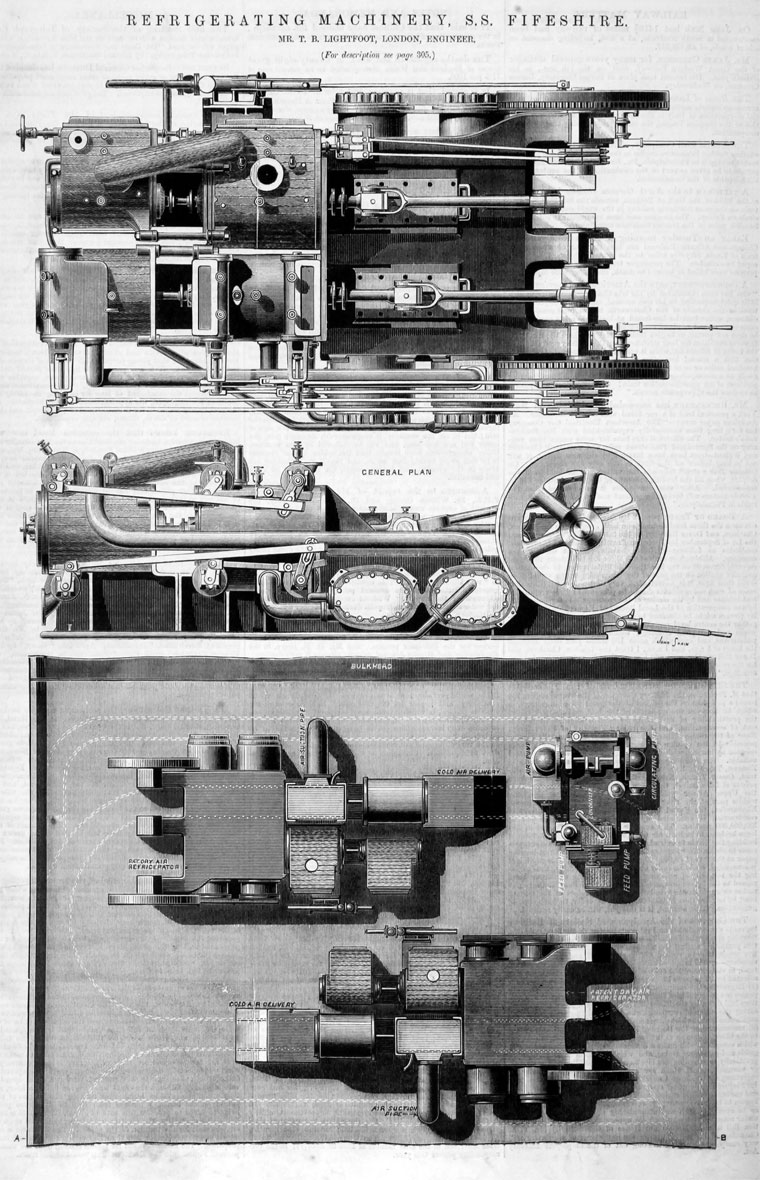 1849 Born the son of Robert Twentyman Lightfoot, a Surgeon.

THOMAS BELL LIGHTFOOT, who died on the 4th August 1921, was a pioneer of the mechanical production of cold, and the history of this branch of engineering is closely bound up with his career.

Born at Newcastle-upon-Tyne in 1849, and educated at Rossall School, he received his practical training as a premium apprentice at Messrs. W. G. Armstrong and Co.'s Elswick Works, where he was made chief designer and placed in charge of the Drawing Office at the early age of twenty-four.

The Swing Bridge at Newcastle-upon-Tyne may be mentioned among the chief contracts for the design of which he was responsible.

Leaving Armstrong's he joined his kinsmen, the Bells, and became Managing Partner of the firm, Bells, Lightfoot and Co., at the Walker Engineering Works; and subsequently, after a short period of association with Messrs. J. and E. Hall, of Dartford, started in London as a Consulting Engineer on his own account, when he designed and patented his Dry Air Refrigerating Machine.

It is of historical interest to recall that the first steamer, the SS. "Elderslie," constructed for the frozen-meat trade with New Zealand, was equipped with this machine (1884).

During this period he designed, in collaboration with Brunel, the hydraulic machinery and gates for the Barry Docks in South Wales.

Further developments in refrigerating practice now led him to design Ammonia-Compression Machines, and in 1890 the Lightfoot Refrigerating Co. was launched, with the subject of this memoir as its Managing Director. At the outset the Company scored a success when the Wellington Meat Export Co. adopted his system on an extended scale for their storage plant. This established an advanced position for the chemical machine, especially on ship board, where the system was adopted with success on the SS. "Perthshire." Among contributions by the deceased to the scientific literature of the subject, may be mentioned two Papers before this Institution, and the article "Refrigeration" in the Encyclopaedia Britannica."