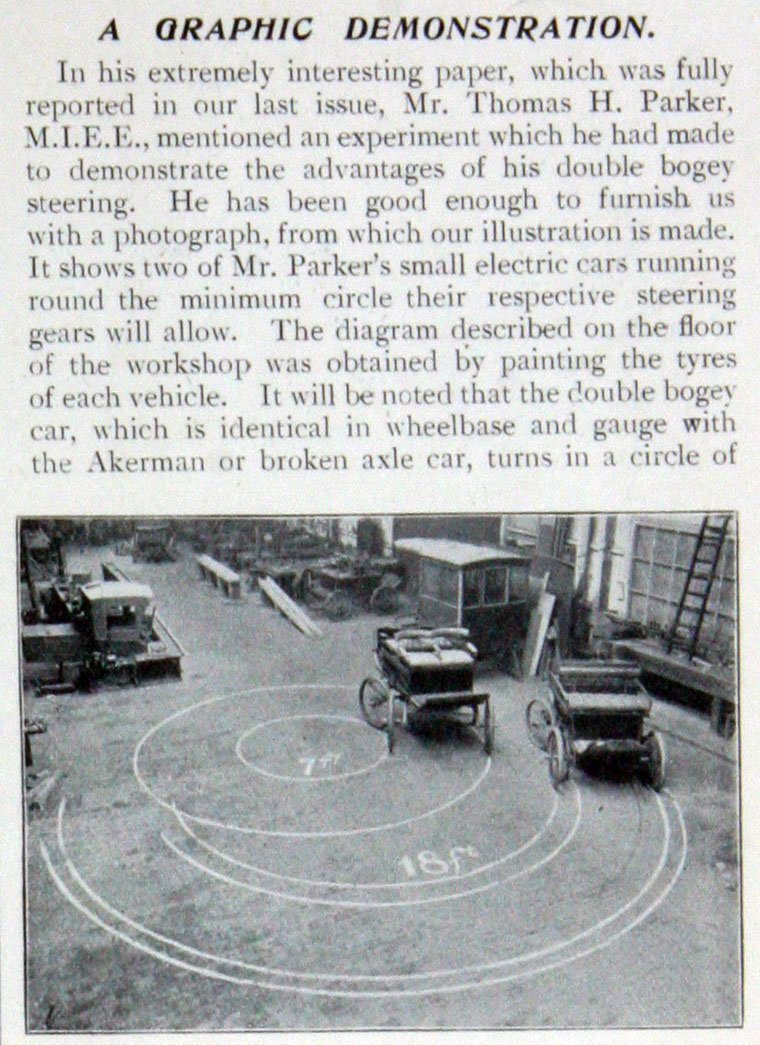 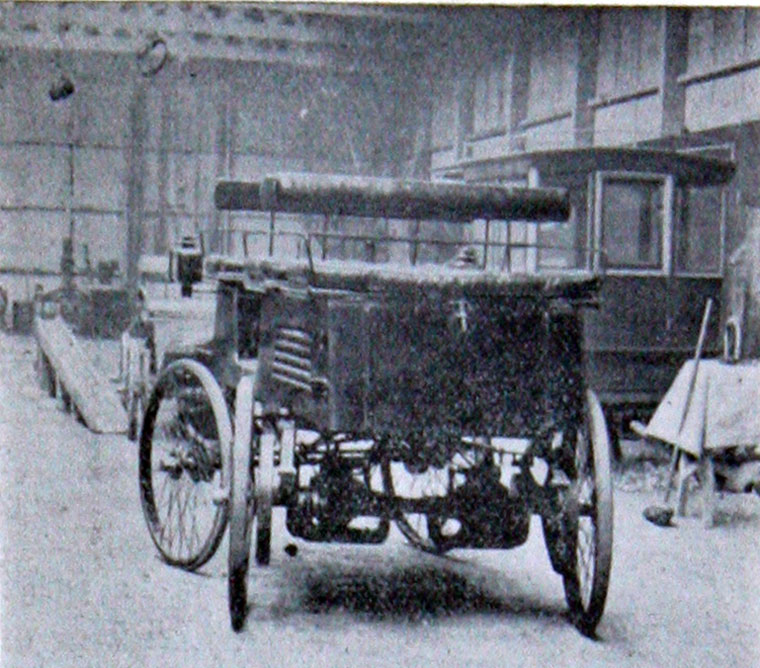 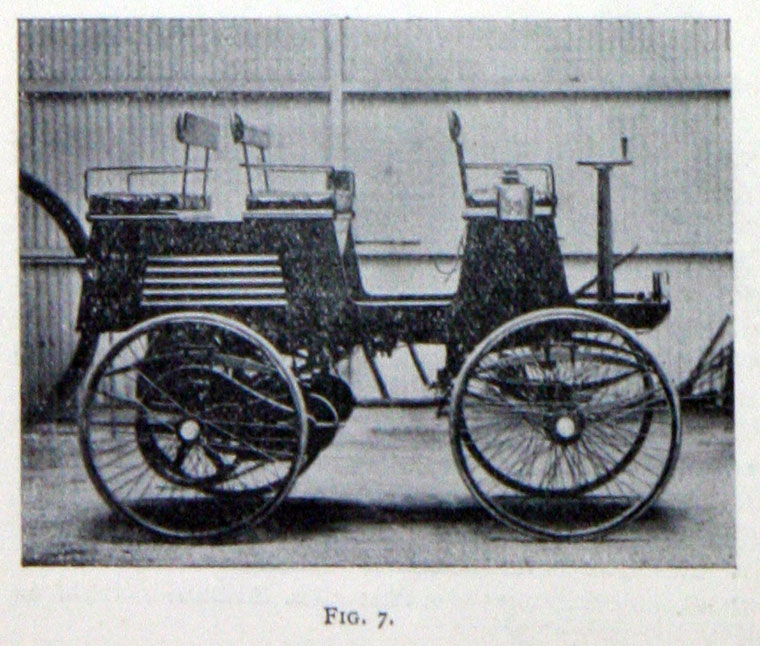 Thomas Hugh Parker designed a number of prototype cars for the Electric Construction Co whilst it considered manufacturing vehicles. No cars were ever produced commercially by the company. The most famous was the "electric dog cart", built in 1896. Reins were used to steer the vehicle at the instigation of the works manager. It was entered in a race organised by "The Engineer" magazine for self-propelled road vehicles, from the Crystal Palace, London, to Birmingham. On the day there were only five prospective runners, so the race was cancelled. The car however, was highly commended.

1899 Article on four-wheel steering for the London Electric Omnibus Co.[2]

1901 He built a steam car at the works of the Wearwell Motor Carriage Co. Powered by a 10 hp compound engine. Only one car built.[4]

Some of Thomas Hugh's cars included modern features such as hydraulic brakes on all four wheels and four wheel steering. He also worked on petrol-powered vehicles. He claimed to have invented the spark plug, the monoblock engine and the carburettor.

1907 The Sedan Automobile Syndicate Ltd was founded with a capital of £10,000 in £1 shares. The company was based at 51 Lichfield Street, Wolverhampton and was founded to acquire the Burnt Tree Engineering Works, Tipton and their interest in two patents. The first, taken out by Thomas Hugh Parker was for improvements in motor cars and the second was for an invention by L. Wirtz for improvements in variable and reversing gear.

The company produced a unique articulated car which was partly or wholly designed by Thomas Hugh Parker. It is not known how many of these cars were produced, but they were likely built at the Tipton Works.