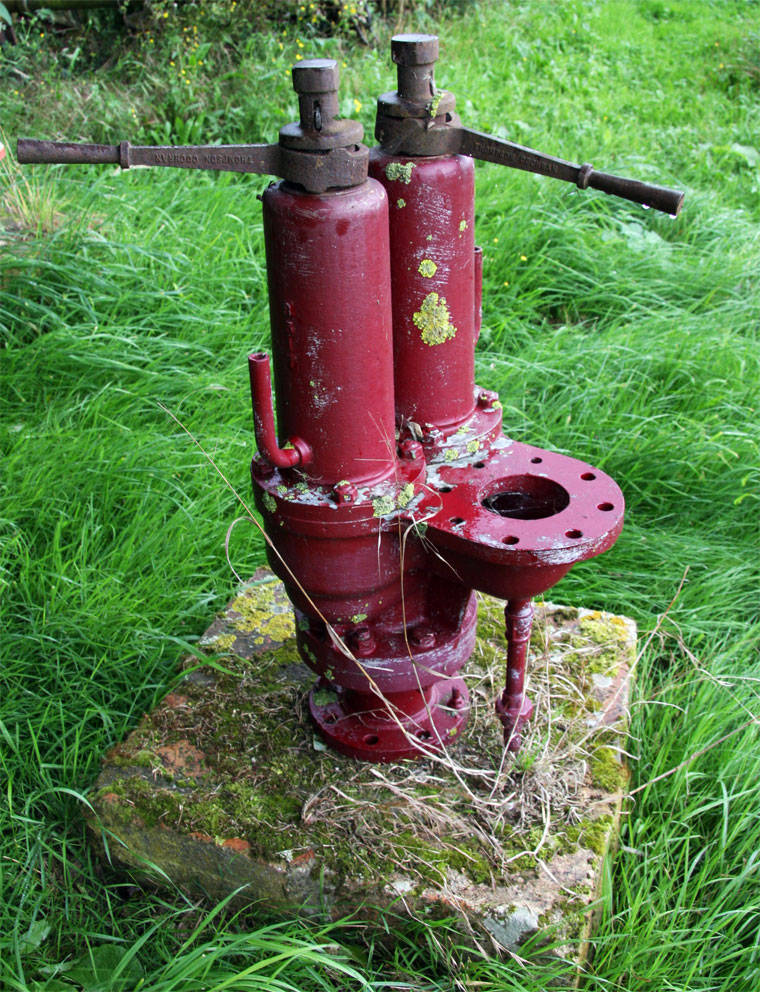 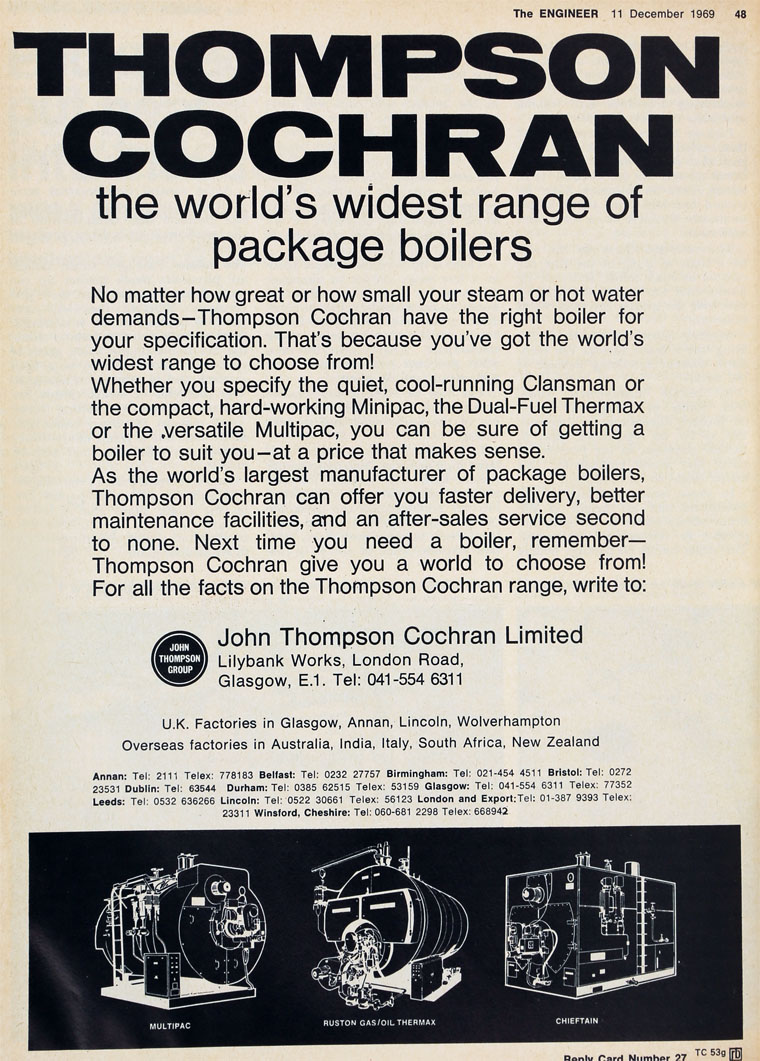 1969 John Thompson acquired the newly-merged shell boiler businesses of Cochran and Co and Ruston and Hornsby which would give John Thompson half of the UK market for industrial packaged boilers[1]; the Annan and Lincoln works were merged with the Thompson's shell boiler division, eventually forming Thompson Cochran[2].