Grace's Guide is the leading source of historical information on industry and manufacturing in Britain. This web publication contains 137,341 pages of information and 220,748 images on early companies, their products and the people who designed and built them. 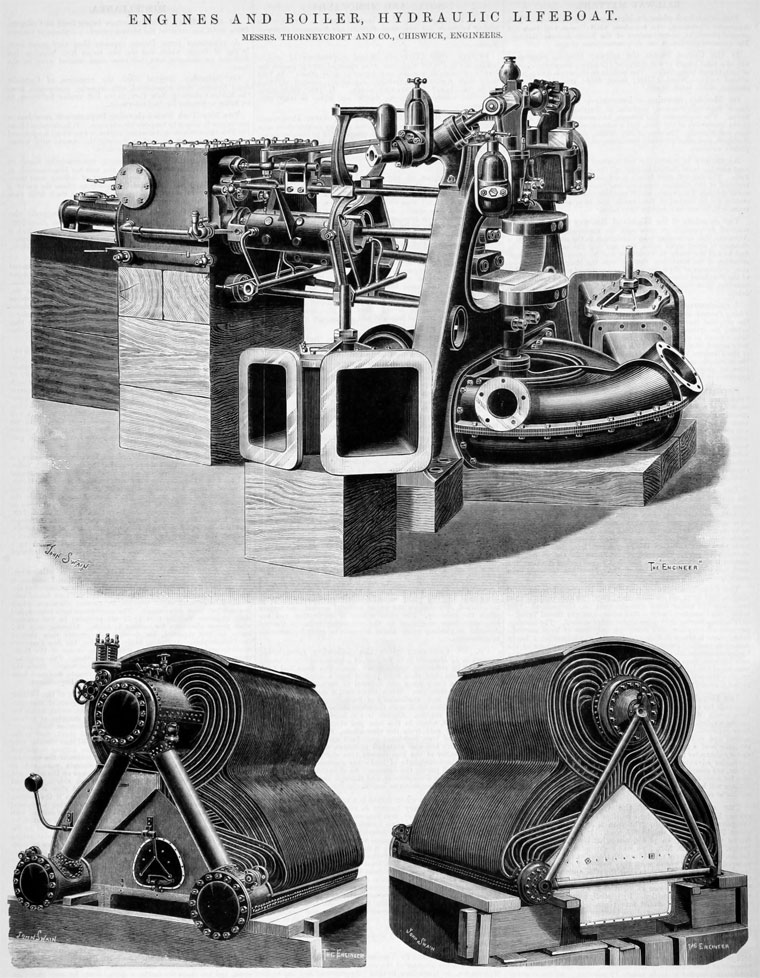 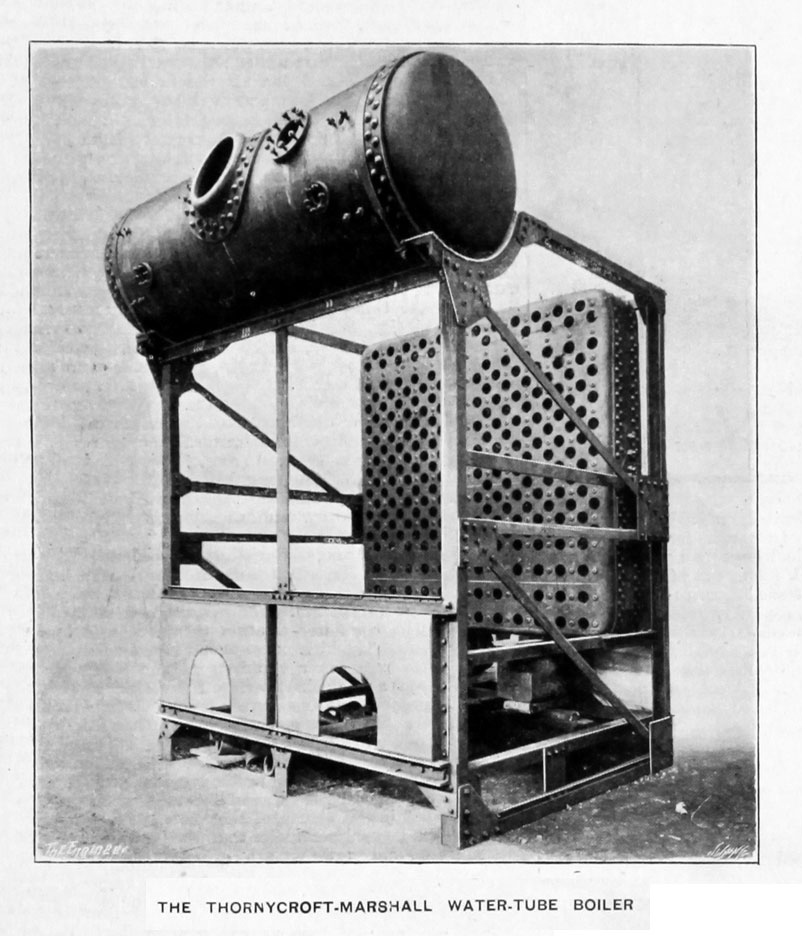 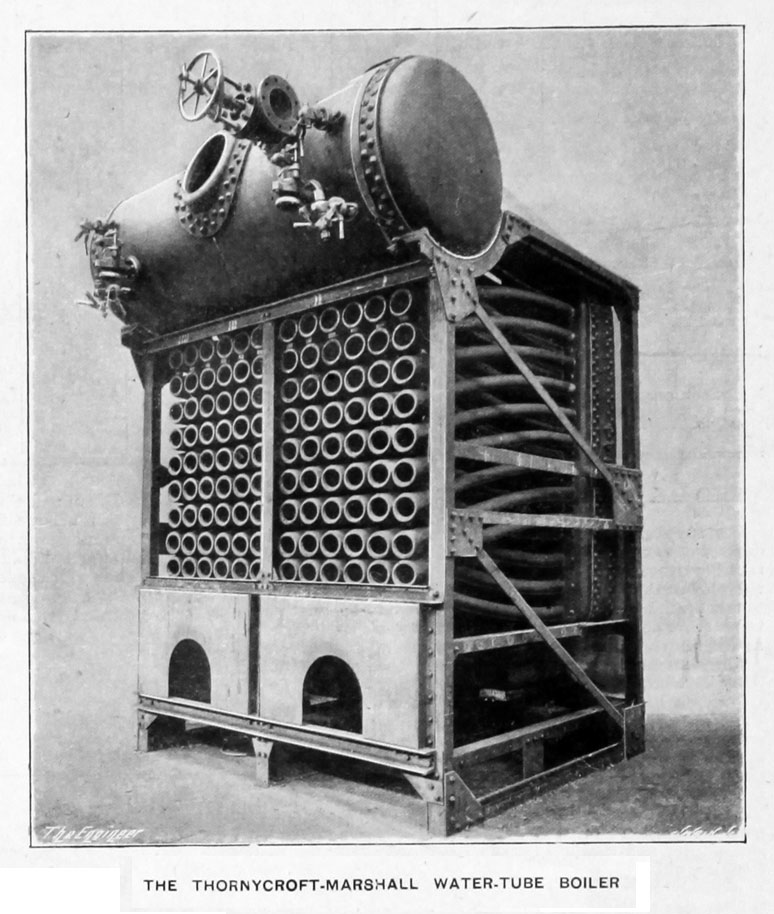 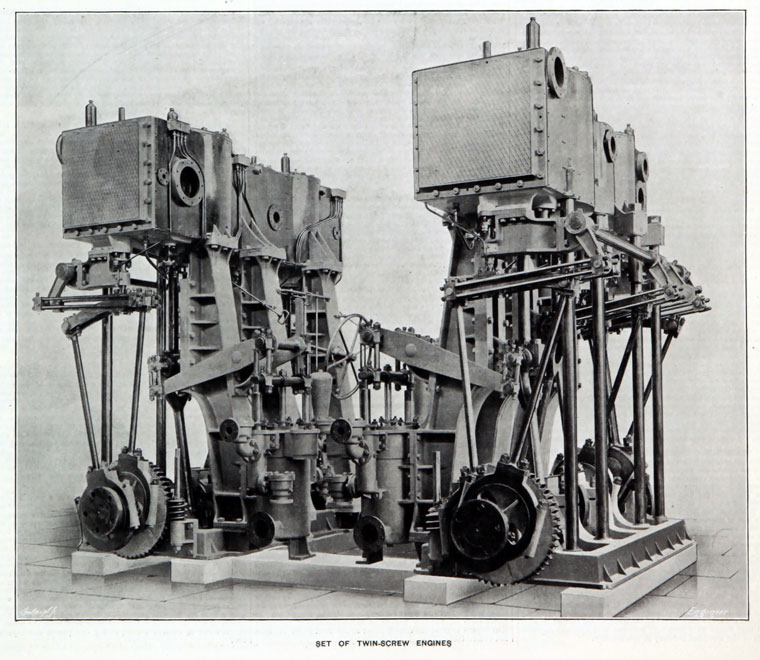 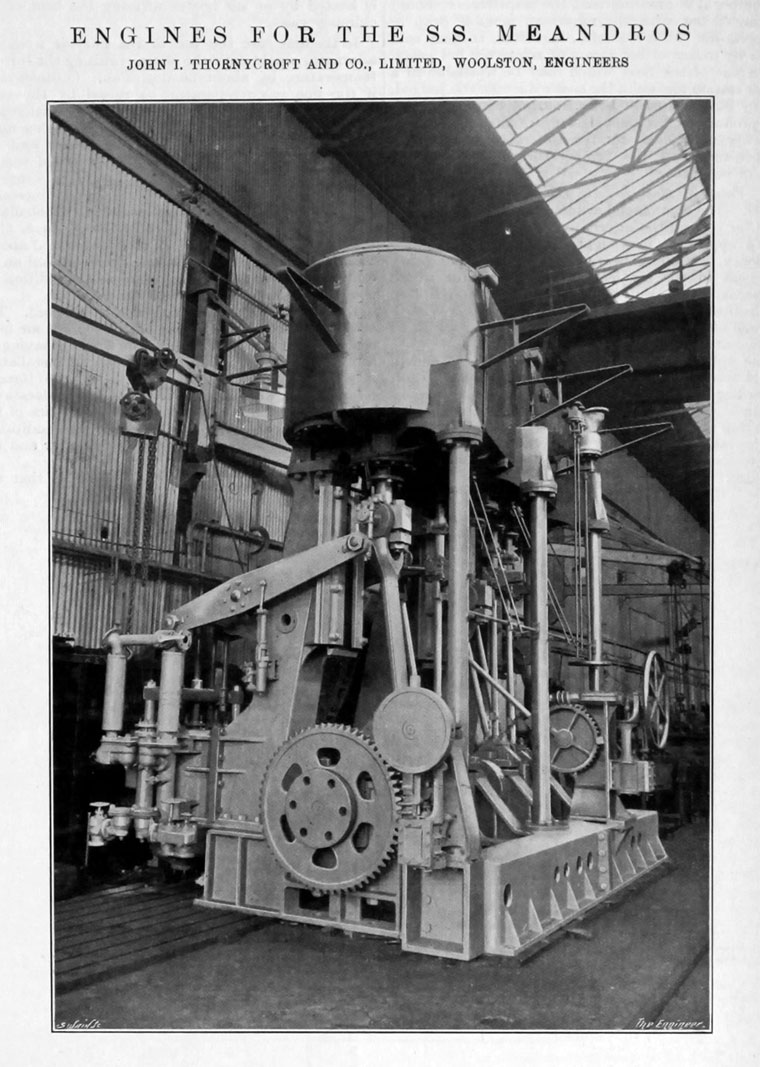 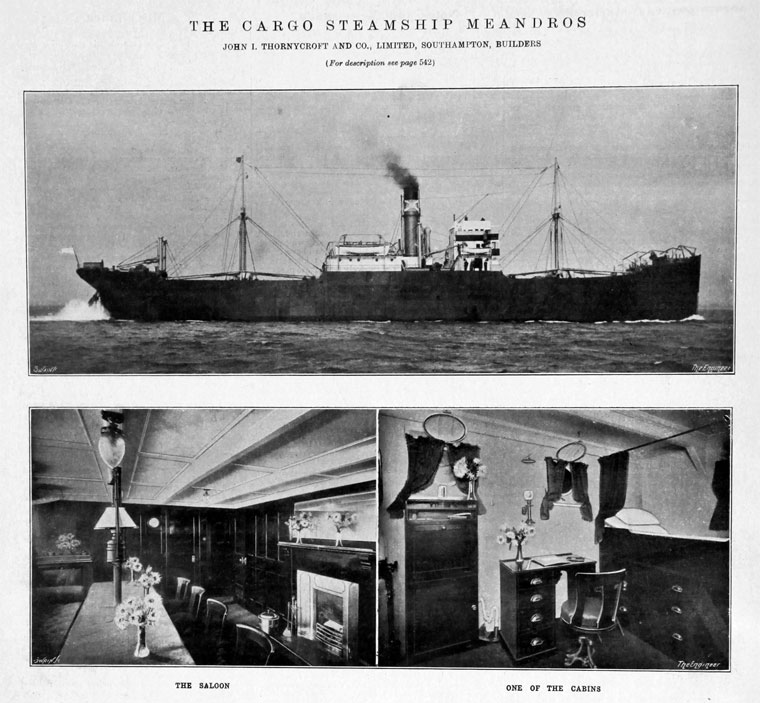 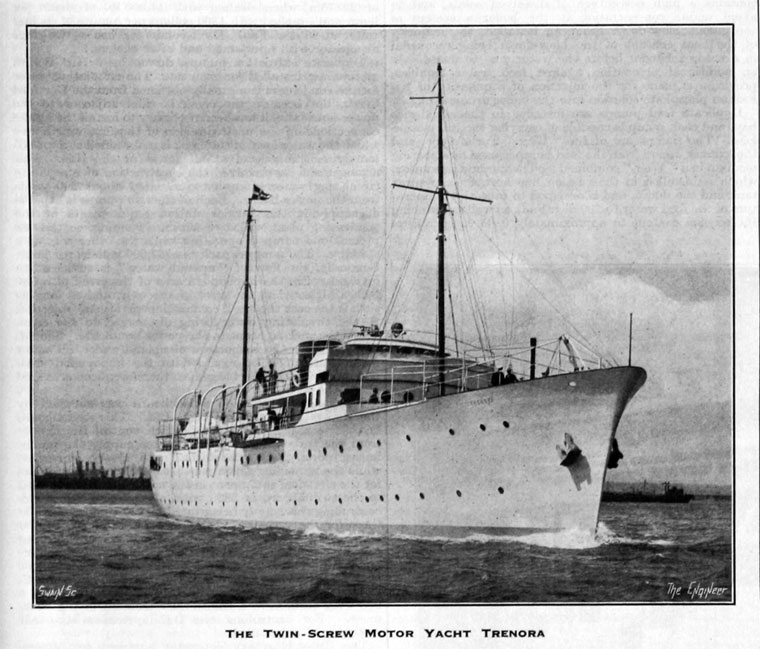 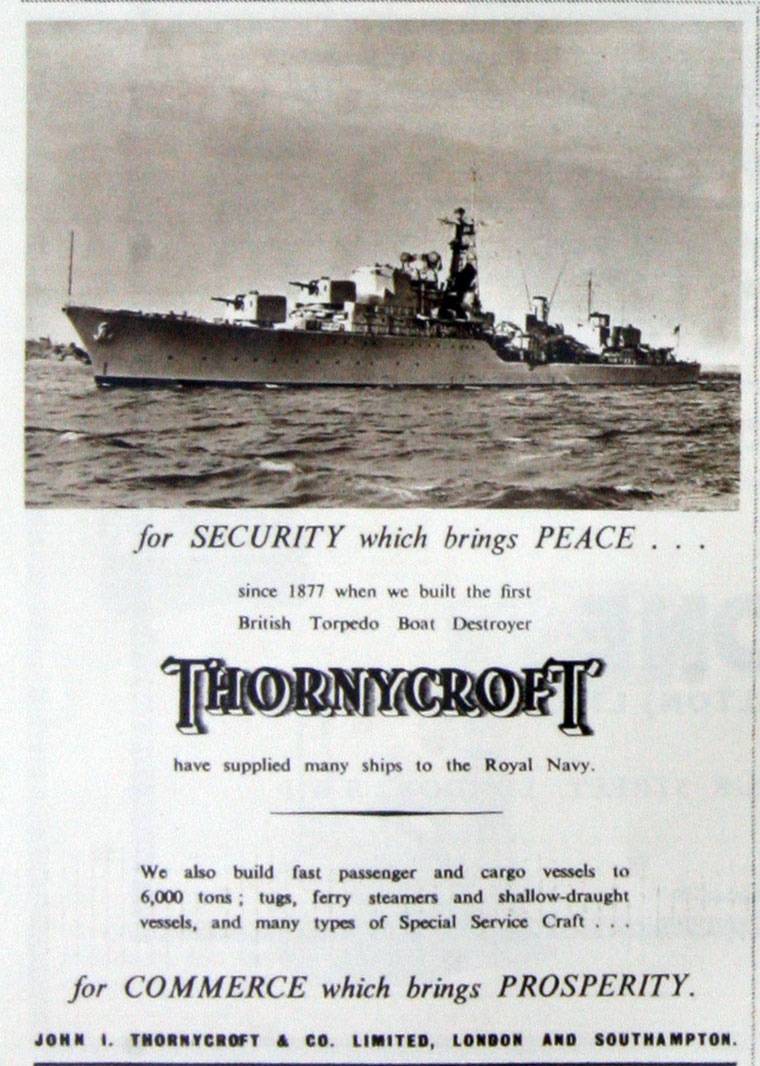 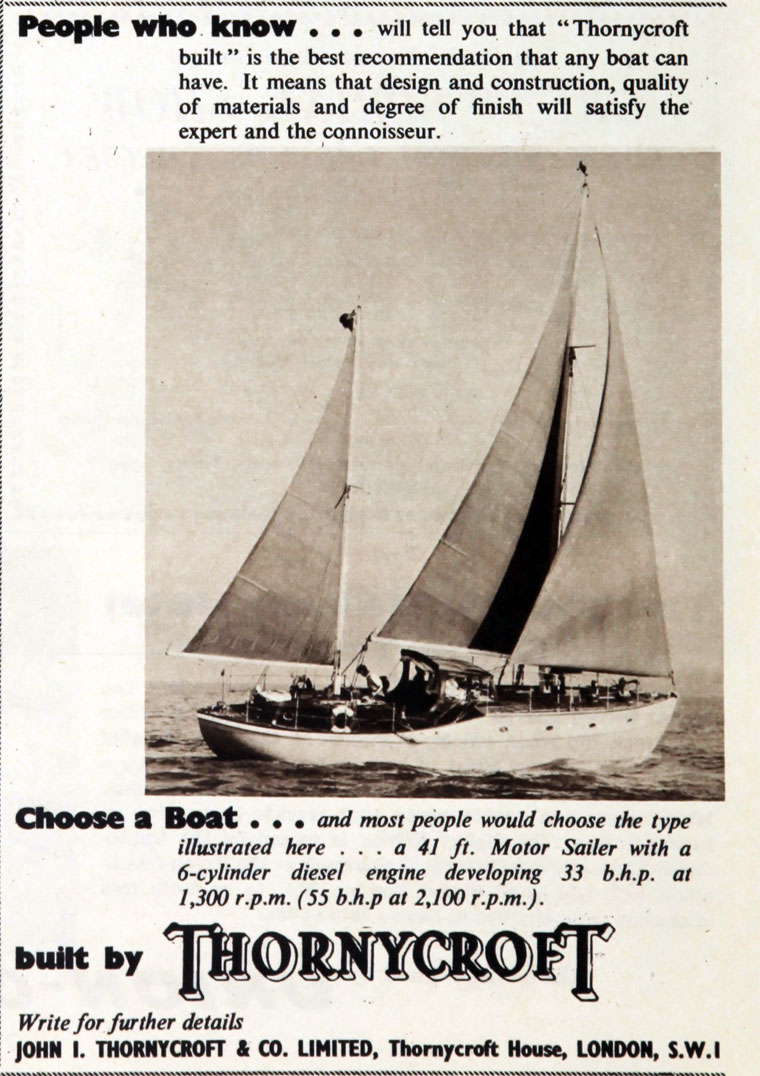 Note: This is a sub-section of Thornycroft.

John I. Thornycroft and Co of Chiswick and Southampton

The company is usually known simply as Thornycroft and was a British shipbuilding firm started by John Isaac Thornycroft in the 19th century.

1873 Thornycroft first began shipbuilding at its yard in Chiswick on the River Thames. Here, the first instance was built of what would become the torpedo boat, the Rap for Norway in 1873. This was followed by HMS Lightning for the Royal Navy in 1877.

1894 History of the yard at Chiswick in 'The Engineer'

1894 Details of the engines of HMS Daring and HMS Decoy.

In the 1900s the company relocated to Woolston, Southampton.

1900s The first vessels built at Woolston under the Thornycroft name were six Thames paddle steamers in 1905. This was followed by a series of seventeen torpedo boat destroyers, the first being the Tribal class destroyer HMS Tartar.

1920s The yard focused on commercial orders during the 1920s: small tramps, sea coasters, large tramps and two ferries. The yard diversified its portfolio in order to weather out the slump of the early 20s and did this by making a variety of small craft.

1928 Sir John I Thornycroft died on 28th June 1928, he was succeeded by his son Sir John E. Thornycroft as chairman.

1930s The yard continued launching destroyers (for which it had built up a formidable reputation). However, the yard was affected by The Depression and only one ship was launched in 1931. Things did not improve in the following year with only two launches, and worsened in 1933 with only one launched. In fact things did not start improving until 1935 when orders for tugs, yachts, barges and a passenger ferry kept the yard going.

WWII Prior to the Second World War, the yard continued making destroyers, but then intensified its effort during the war itself making a total of 16 along, with a minelayer, sloops and many landing craft. The yard also fulfilled international orders for the Turkish and Dutch navies and made two submarines just after the war ended.

1950s After the War, the yard returned to commercial work: ferries, passenger liners, car ferries tugs and yachts. However, naval orders continued coming in, mainly for destroyers, mine-layers, and a tanker for the Peruvian Navy.

1960 Sir John Thornycroft died on 21st November 1960. The yard focused on making passenger/car ferries during the 60s along with tugs, motor launches and ferries. The Woolston yard then entered a period of modernisation with new equipment and buildings being built.

In 1966 the company was taken over by Vosper and Co and the combined warship building facilities were renamed Vosper Thornycroft in 1970.

In 1972 the new company purchased the Southampton repair yard of Harland and Wolff and continued making destroyers.

1977 The Woolston yard was nationalised in July 1977 and started making glass-reinforced plastic mine-hunters of the "Brecon" class.

1980s The yard continued winning orders for mine-hunters (for Saudi Arabia) and fast strike craft for Oman. The Vosper-Thornycroft yards returned to private ownership in 1986.

1990s The Omani Government made a further order for two corvettes armed with Exocet missiles. The yard continues to supply military hardware today under the VT Group name.