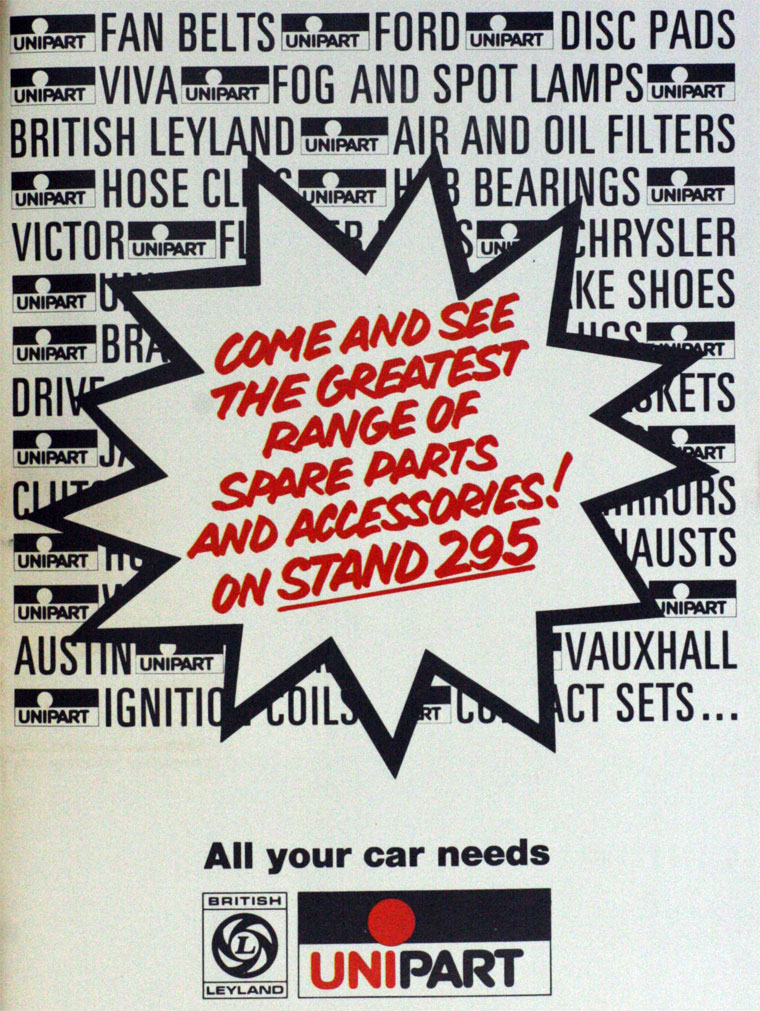 1969 British Leyland introduced a range of spares and accessories to be supplied directly to their 4,500 distributors; these parts would be suitable for a range of cars, not just British Leyland's, and were called Uniparts[1]

1978 The Unipart division of Leyland Cars was one of the few success stories of that business; not only did it offer spares for its own cars but also UK competitors and was starting to introduce spares for foreign-made cars[3]

1983 Austin Rover Group and Leyland Vehicles, the bus and truck division, were both loss making; the other divisions of BL Cars, Jaguar and Unipart, were profitable[6]

1984 As part of the preparations for privatisation, acquired the distribution network of AE, Edmunds Walker Holdings which would broaden the parts network beyond just BL franchisees; also as part of the deal acquired Truck and Trailer Components and Cardan Electrics[7]

1987 Privatised by Rover Group by sale to a consortium of management and City institutions; Rover retained a share[8]. Half of the company was owned by employees and managers