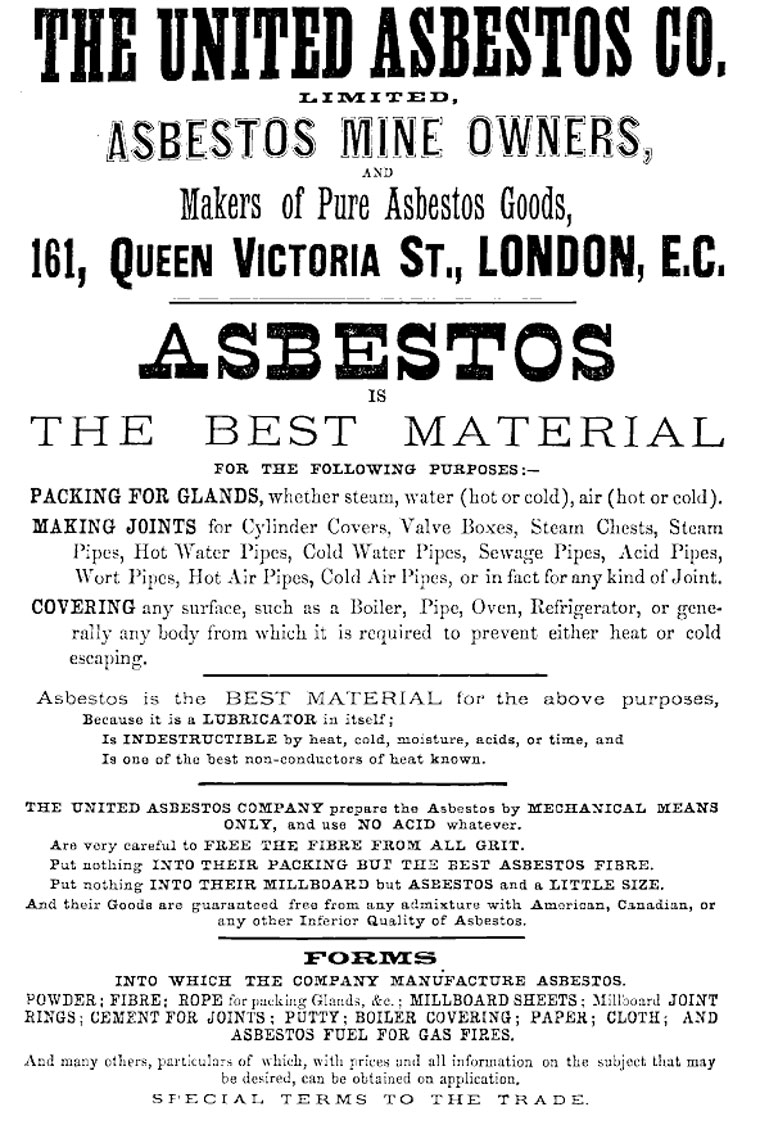 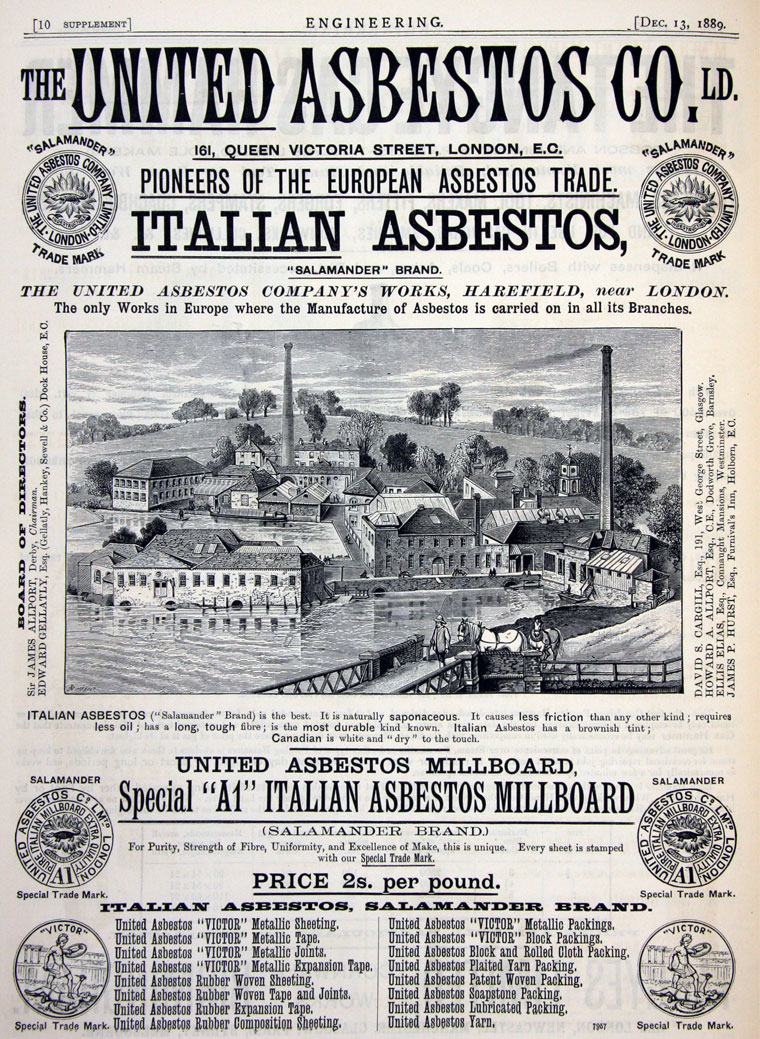 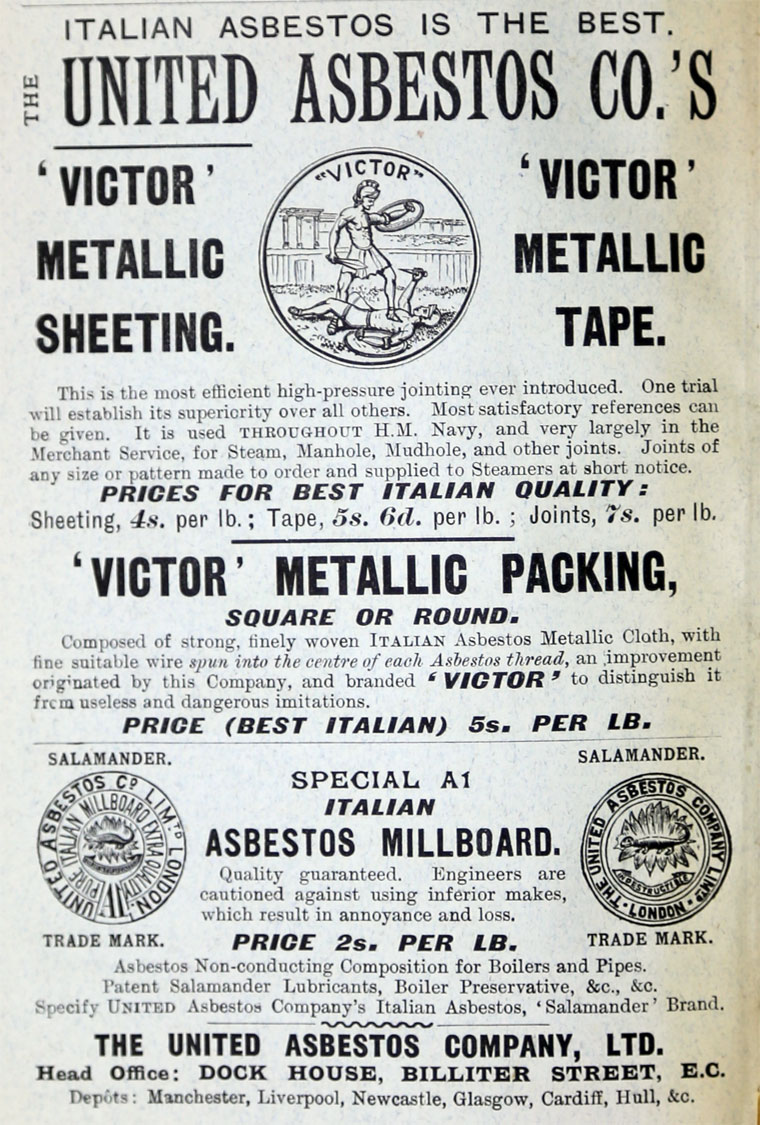 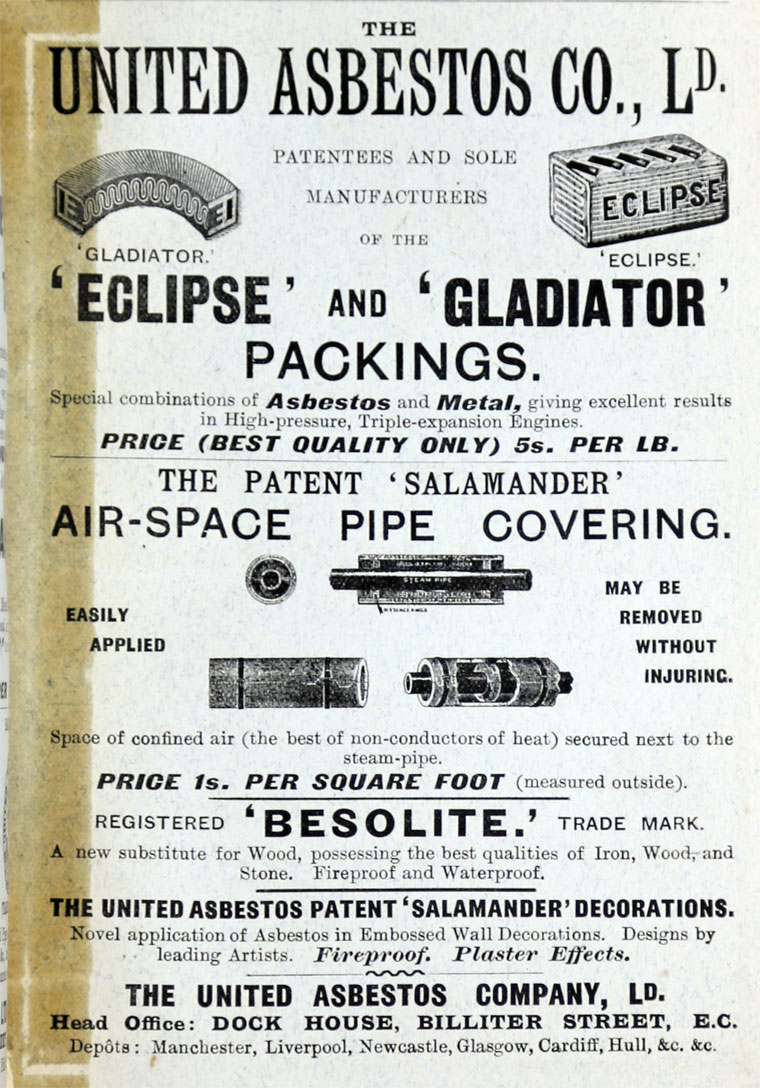 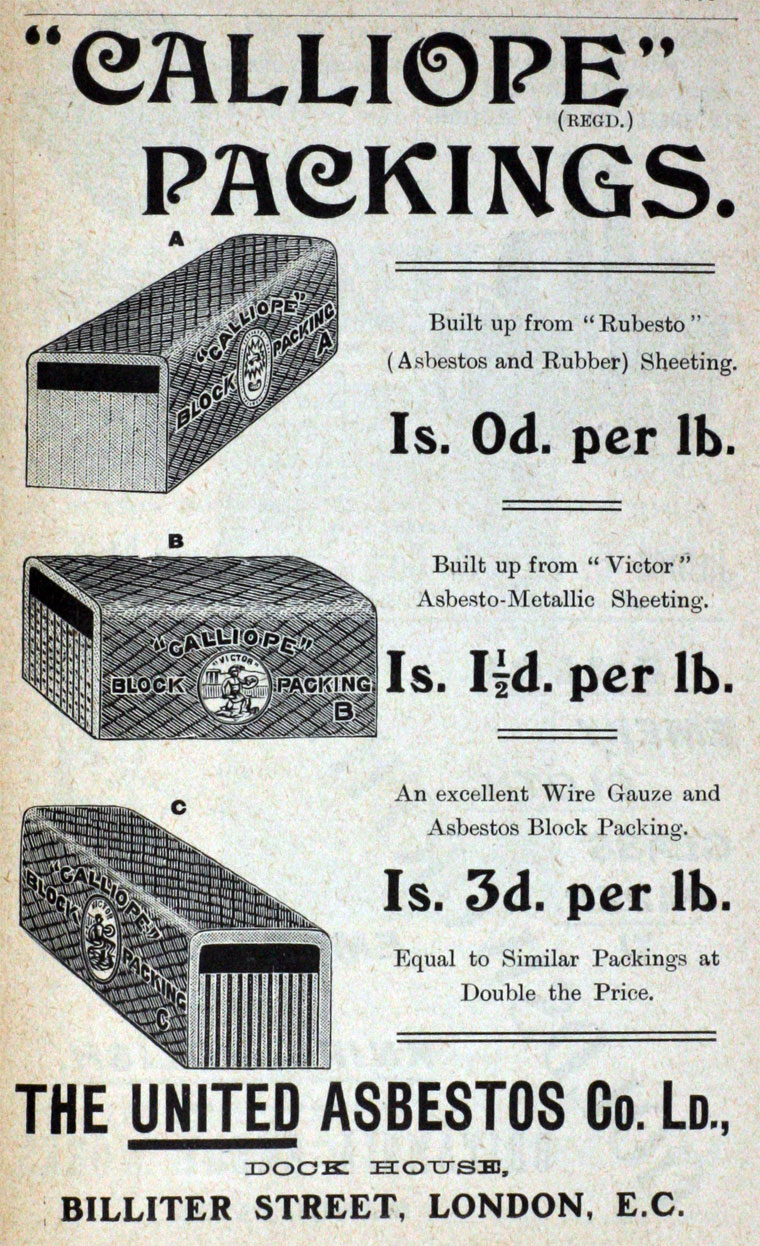 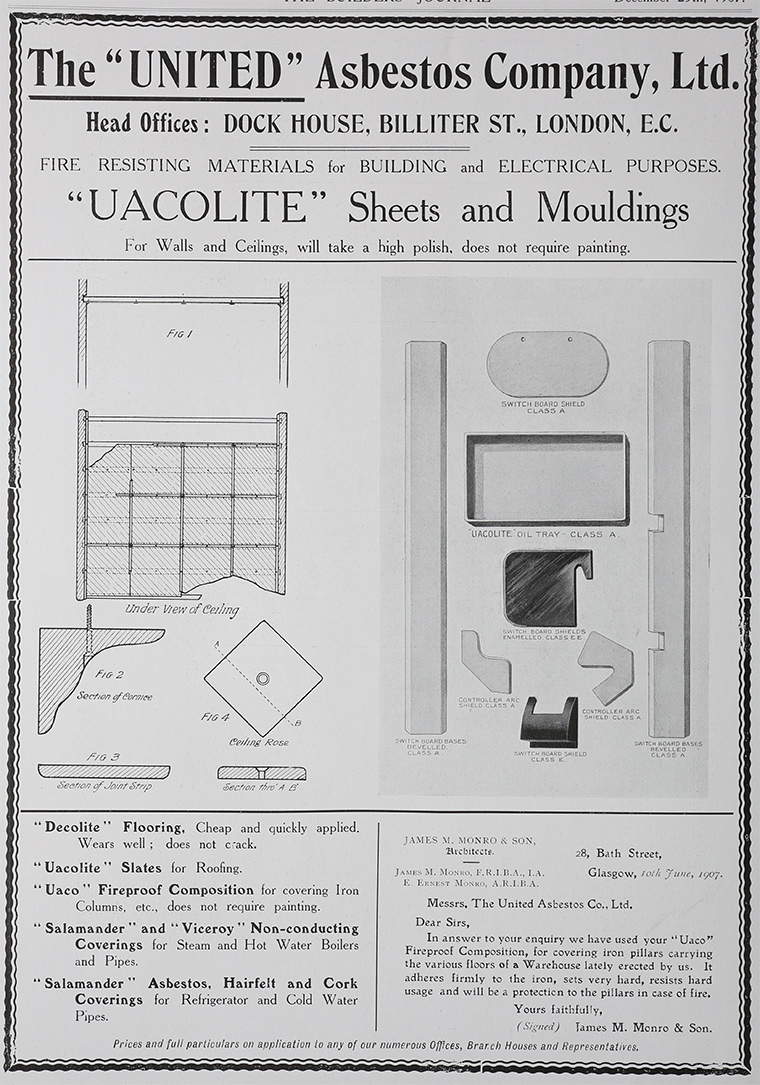 1880 The company was registered on 1 November, to take over the businesses of the Italo-English Pure Asbestos Co, Furse Brothers and Co of Rome, and the Patent Asbestos Manufacture Co. [1]

After the formation of the company, John Bell acquired samples of crysotile asbestos from Canada; he then sought advice from a Lancashire cotton spinner and weaver, Samuel Turner, who entered an agreement to supply woven asbestos to John Bell[2].

1903 Company awarded The Admiralty contract for asbestos, marking the seventeenth year in succession in which it's been awarded contracts by the Lords of the Admiralty.[4]