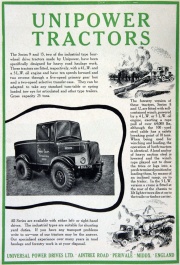 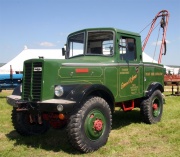 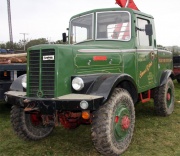 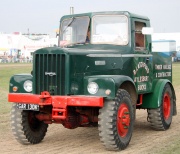 Universal Power Drives was a British truck manufacturer which branded its trucks with the Unipower marque.

1934 Universal Power Drives was founded in 1934 with a factory in Perivale and its head office in Aldwych, London. During the 1930s, 40s and 50s it specialised in producing 4x4 forrestry logging trucks.

1966 Exhibited a sports car, the Unipower GT at the Racing Car Show. Another car they produced was the Quasar-Unipower which was built in 1967 and 1968.

1972 it launched the 4x4 Unipower Invader suited to fire-fighting and construction use.

1977 the company was acquired by AC Cars and production was moved to Thames Ditton, Surrey.

1988 the company started a new enterprise in Watford to provide continuity of support for Scammell trucks following the closure of the Rover Group's Scammell plant that year.

1980s launched the C-series heavy-haulage tractor and a range of military trucks.

1994 Alvis plc acquired the company and named their new subsidiary Alvis Unipower Limited; the trucks began to be branded as Alvis-Unipower.

Following their elimination from the bidding process for the UK Ministry of Defence's Heavy Equipment Transporter (HET) project, Alvis announced their intention to seek a new owner for Alvis Unipower.

The Unipower GT was a British specialist sports car first shown at the January 1966 Racing Car Show, and produced by truck maker Universal Power Drives in Perivale, Middlesex and later by U.W.F. Automotive in London until production ceased in early 1970, by which time around 75 are believed to have been made, including about 15 built by U.W.F..