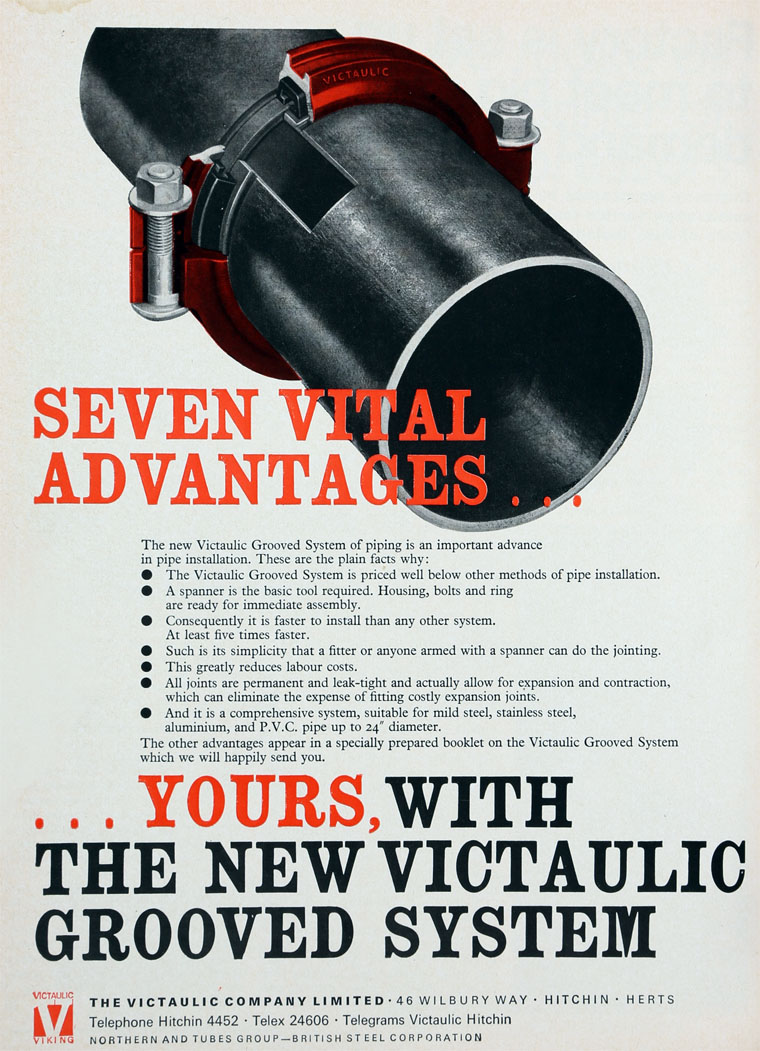 WWI The idea for the Victaulic joint was first conceived during the First World War by the Royal Engineers as a quick and easy method of jointing pipe.

The company that worked closely with the British War Department to develop piping systems for hydraulics was named the Victory Pipe Joint Co after the coupling it had engineered — known as the "victory joint" from early military uses.

1925 the Victaulic Co – named by combining the words “victory” and “hydraulic” – was formed to market the concept of mechanical joining to the commercial piping industry. The company's headquarters were in Forks Township, outside Easton, Pennsylvania.

An early user of the system was the London Hydraulic Power Co, replacing old and installing new pipework with the Victaulic joint.