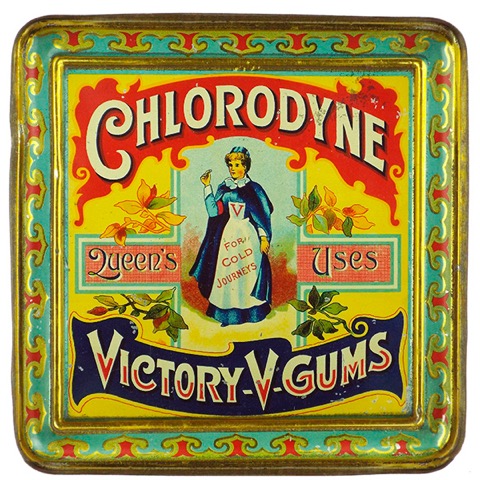 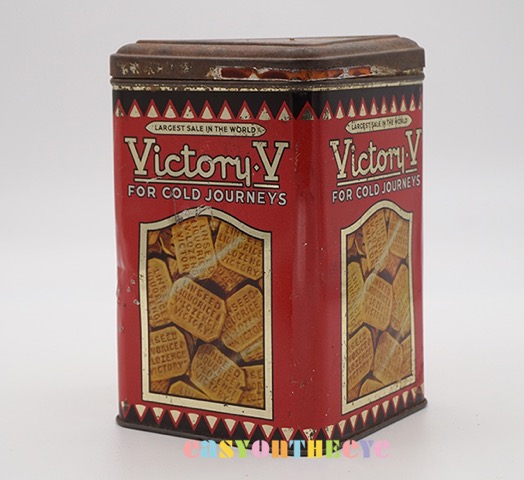 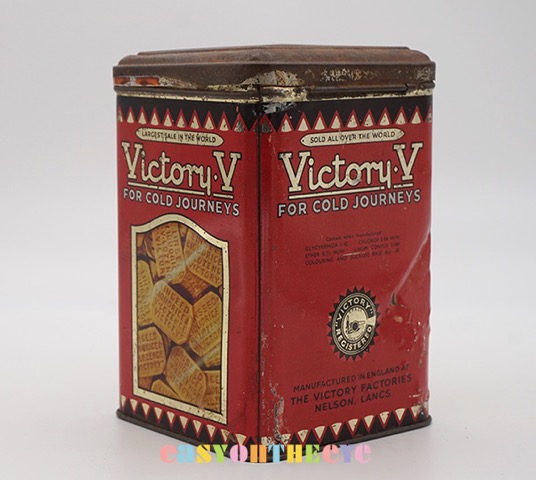 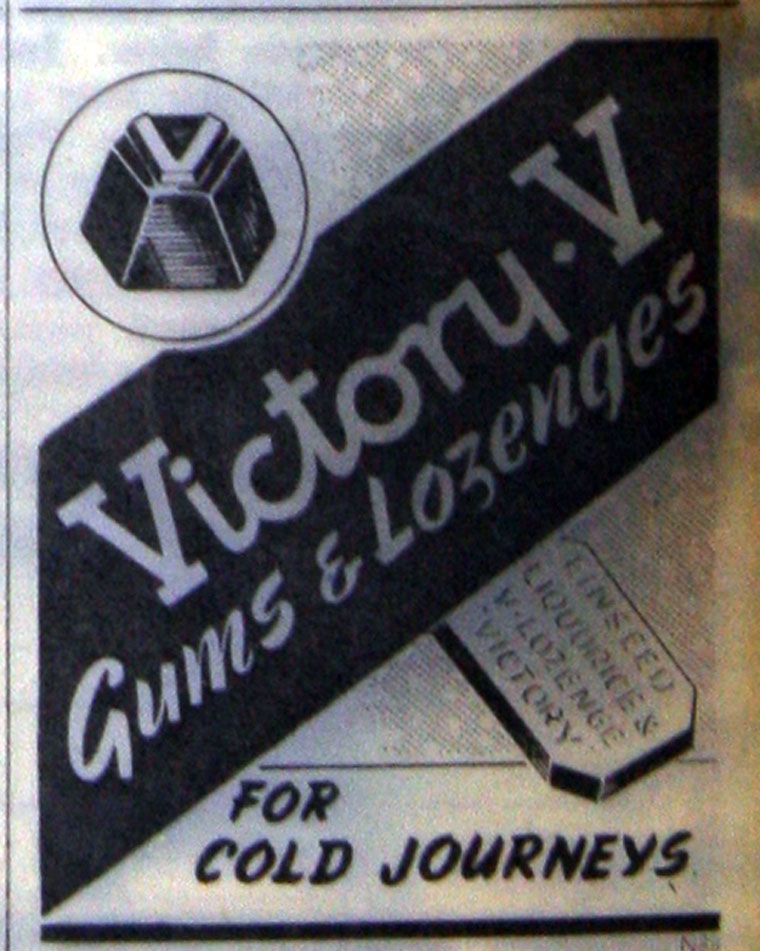 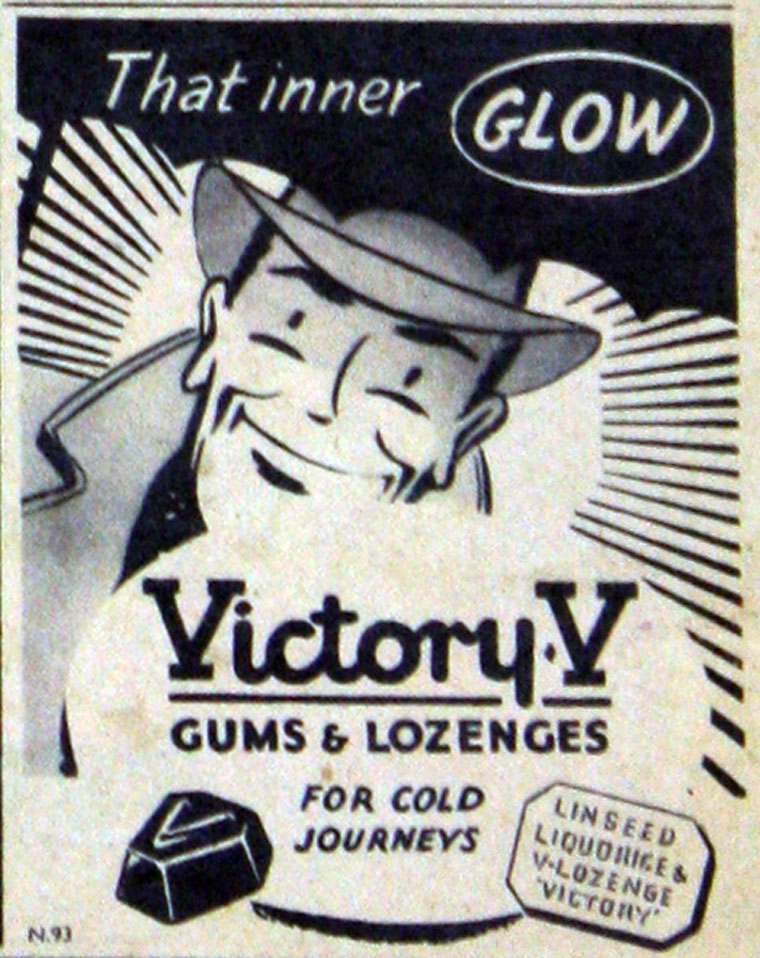 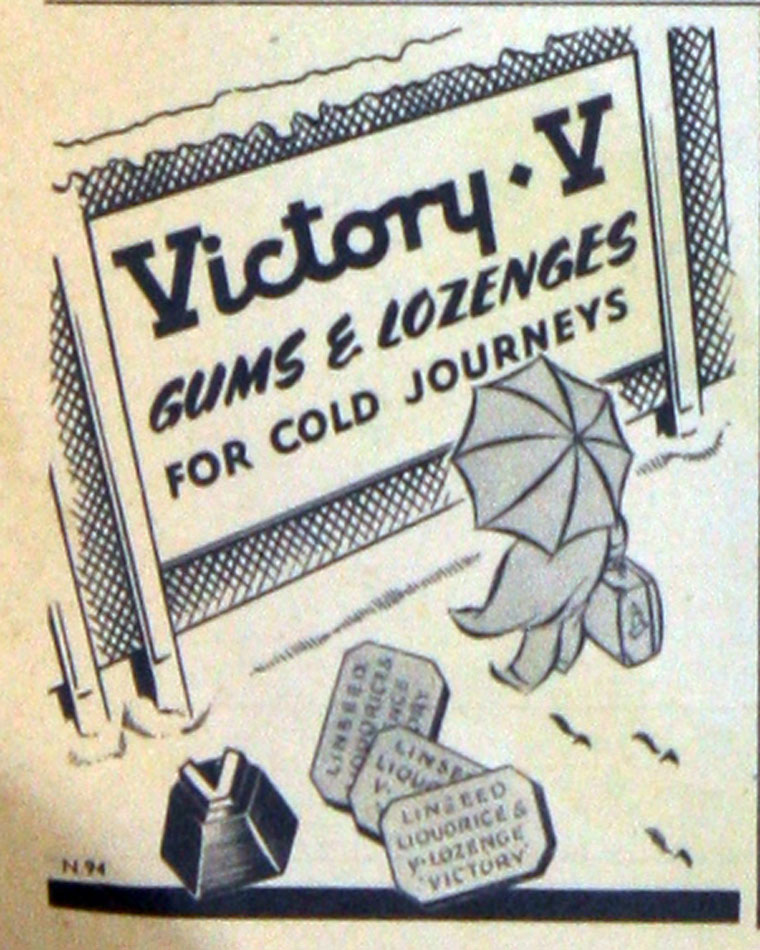 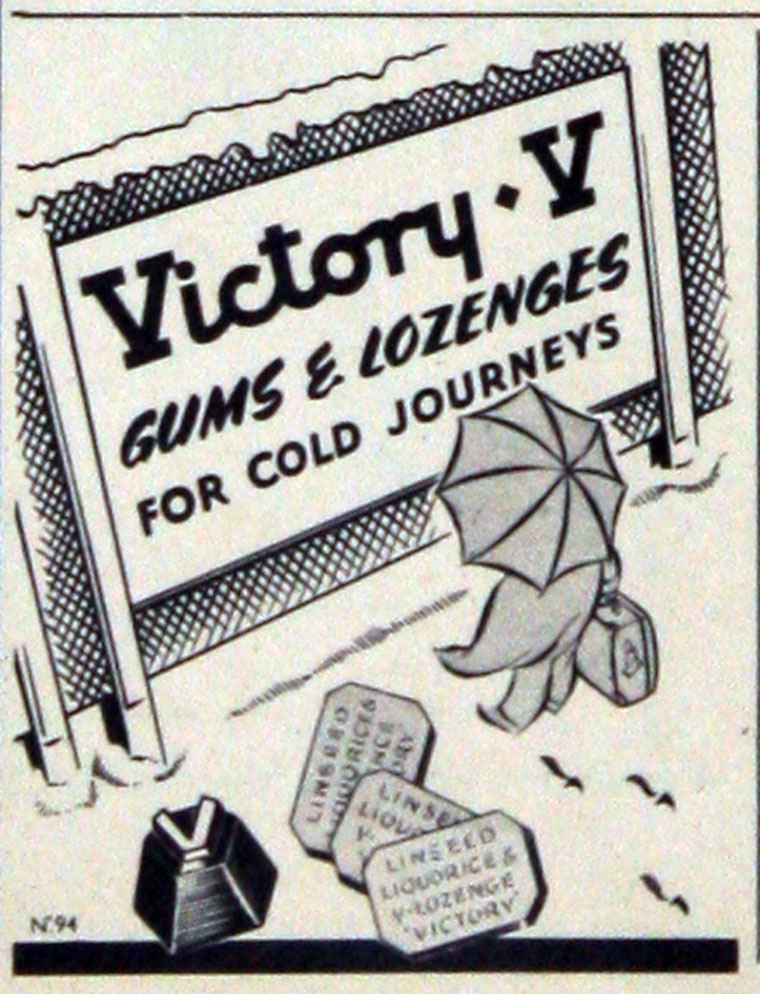 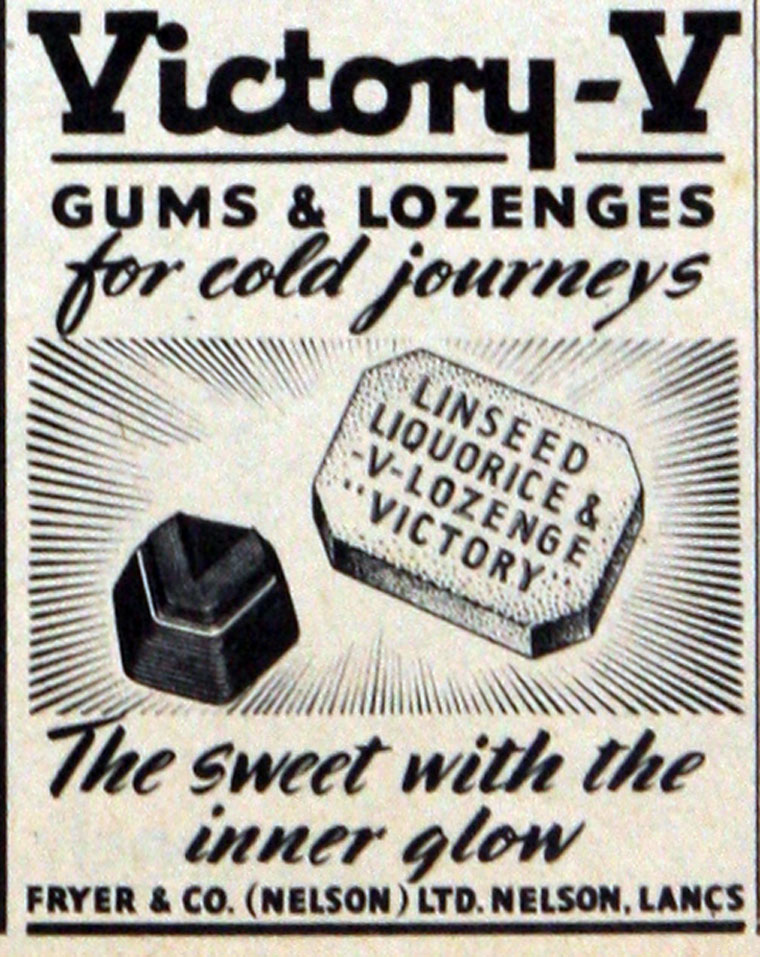 Victory V is a British brand of liquorice-flavoured lozenges.

Originally manufactured in Nelson, Lancashire they were devised by Dr. Edward Smith in the mid-1800s and were initially made by hand to ensure that each sweet contained the correct amount of therapeutic ingredients; ether, liquorice and chloroform. [1]

1800s Dr. Edmund Smith of Bolton produced a special lozenge that he gave to his patients to cure various ailments.

Due to an increase in demand, Smith began to produce and sell his Cough No More Lozenge.

Dr. Smith took over a bankrupt drug factory, formerly Thomas Fryer and Co, in Nelson, and began to manufacture his lozenges. His younger brother William Carruthers Smith joined the company as manager.

The lozenges were first known as Victory Chlorodyne Lozenges, then this was changed to Linseed Liquorice V Lozenge Victory. The patented remedy then became a confection.

1911 By this time the lozenges had become Victory V Lozenges.

2008 Victory V lozenges no longer contain chloroform or ether. They are manufactured by the Ernest Jackson Co in Devon, a subsidiary of Cadbury Trebor Bassett.