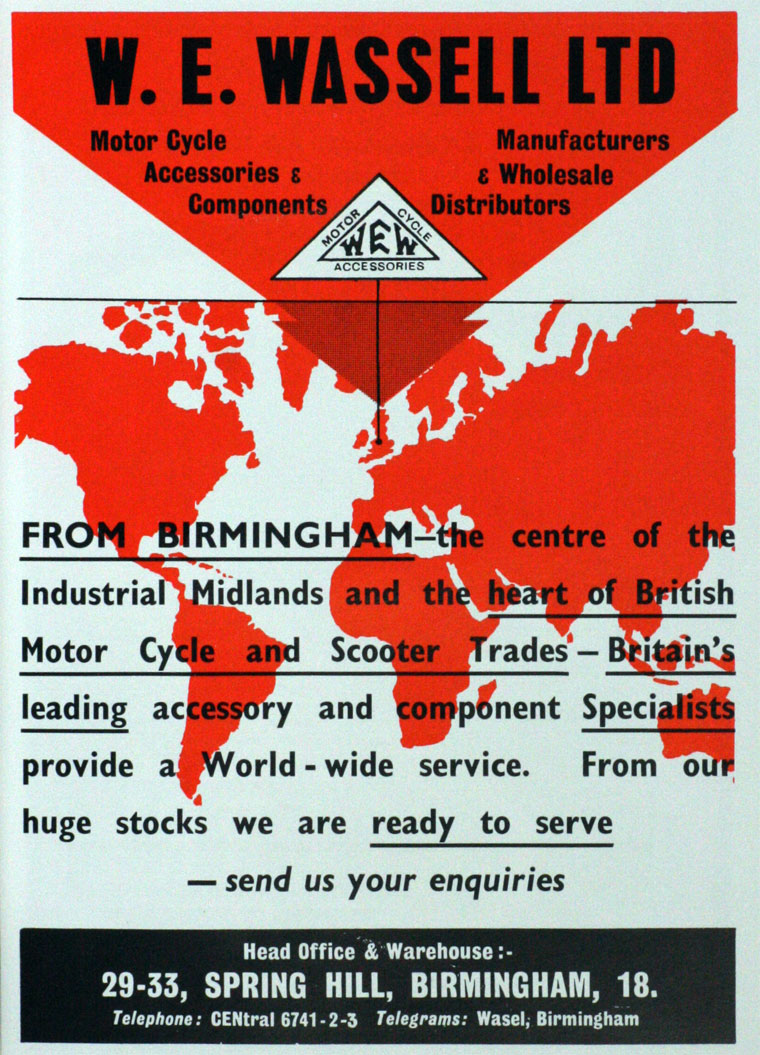 Wassell were motorcycles produced from 1970 to 1975, by a firm based in Lichfield, Staffordshire.

The company was founded by World War II pilot, Ted Wassell, of Birmingham. as a wholesaler of motorcycle parts and accessories.

This company was a major supplier of motorcycle accessories and produced a range of trials, scrambles and enduro models in 1970. They had special frames that took the 172cc BSA Bantam engine unit, while the majority of components came strainght from their shelves.

When engine supplies began to dry up, they turned to the 125cc Sachs unit with six-speed gearbox.

They had a major export market in America and there the machine was known as the Penton. Eventually, an unfavourable exchange rate made it too expensive so, after the production of more than 2,000 machines, manufacture stopped.