ca.1879. Station Meter built for Bromley Gasworks by W. Parkinson and Co. Four of these were installed. 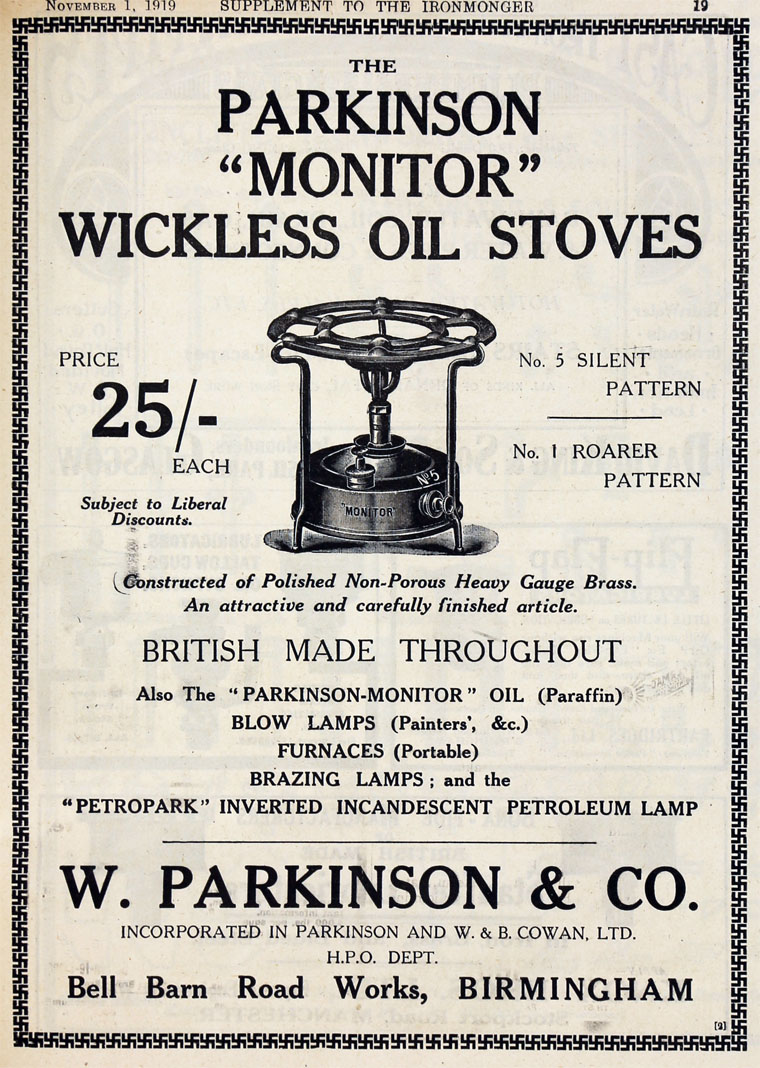 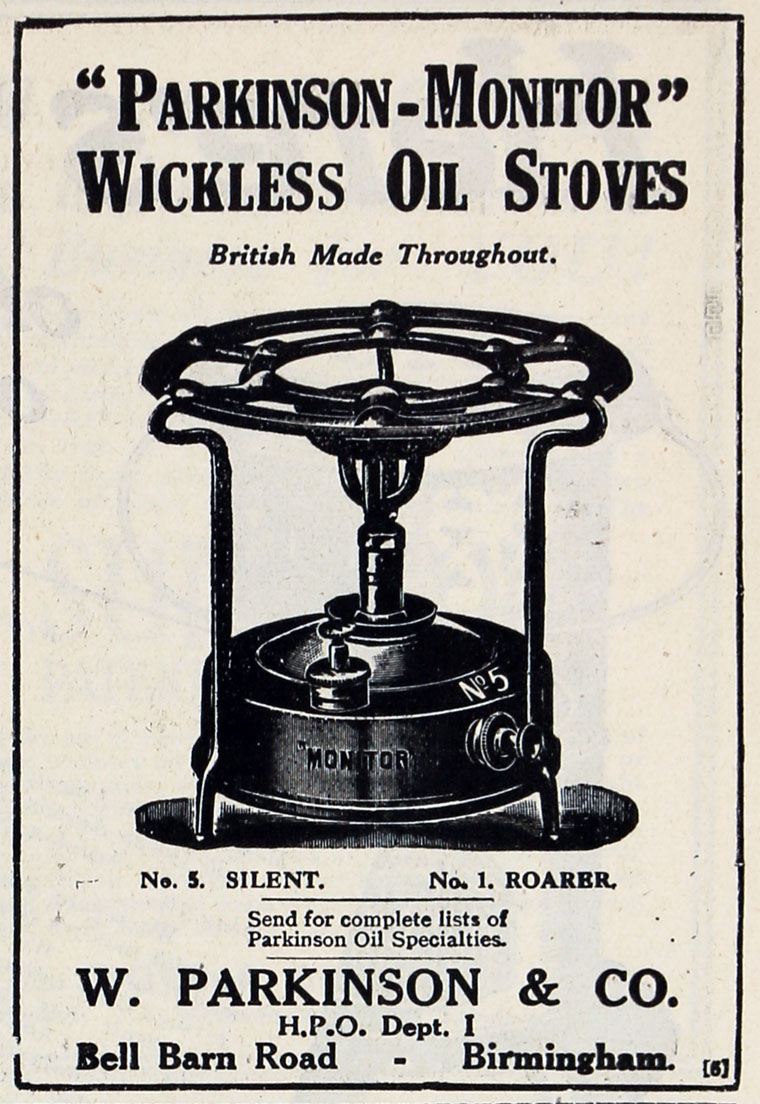 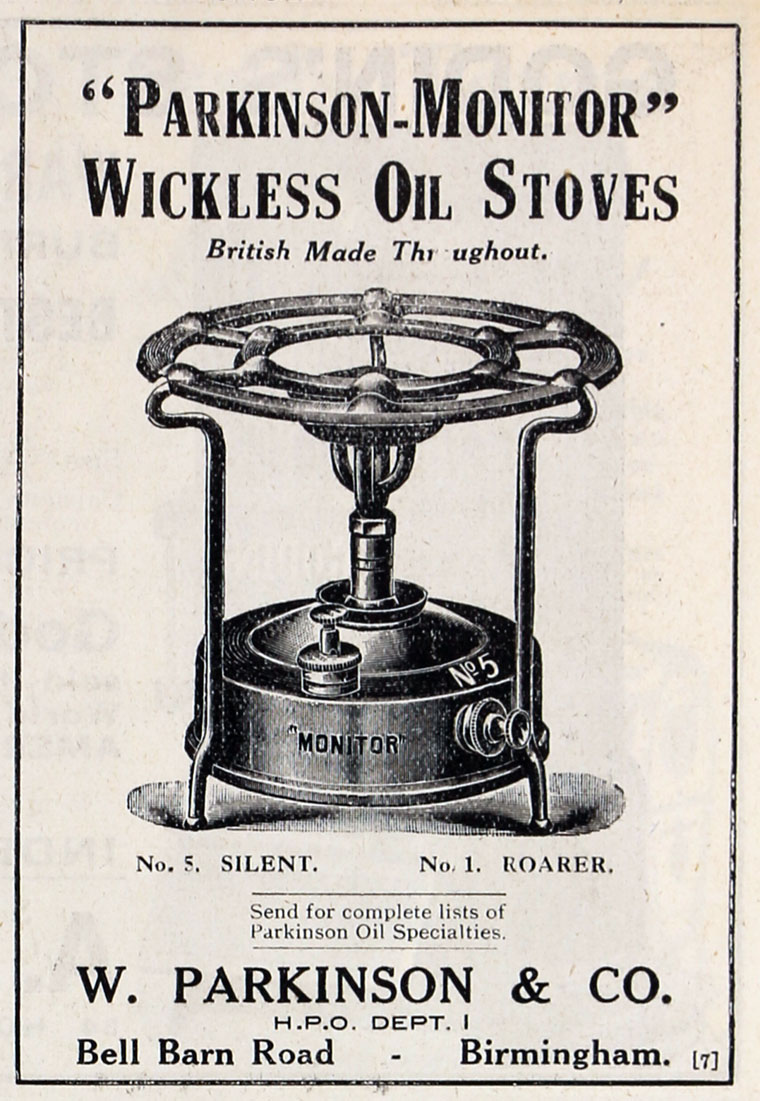 c1849 William Parkinson took up the establishment of Samuel Crosley in City Road.

1900 On 16th November Parkinson and W. and B. Cowan was incorporated as a public company[2], manufacturers of gas meters and other gas apparatus, being the amalgamation of 2 of the oldest firms in this business: W. and B. Cowan Ltd of London, Manchester, Edinburgh and New South Wales, and W. Parkinson Ltd of London and Birmingham[3].

The Birmingham premises were used for making gas stoves, under Bernard Robert Parkinson

1918 Exhibitor at the Scientific Products Exhibition