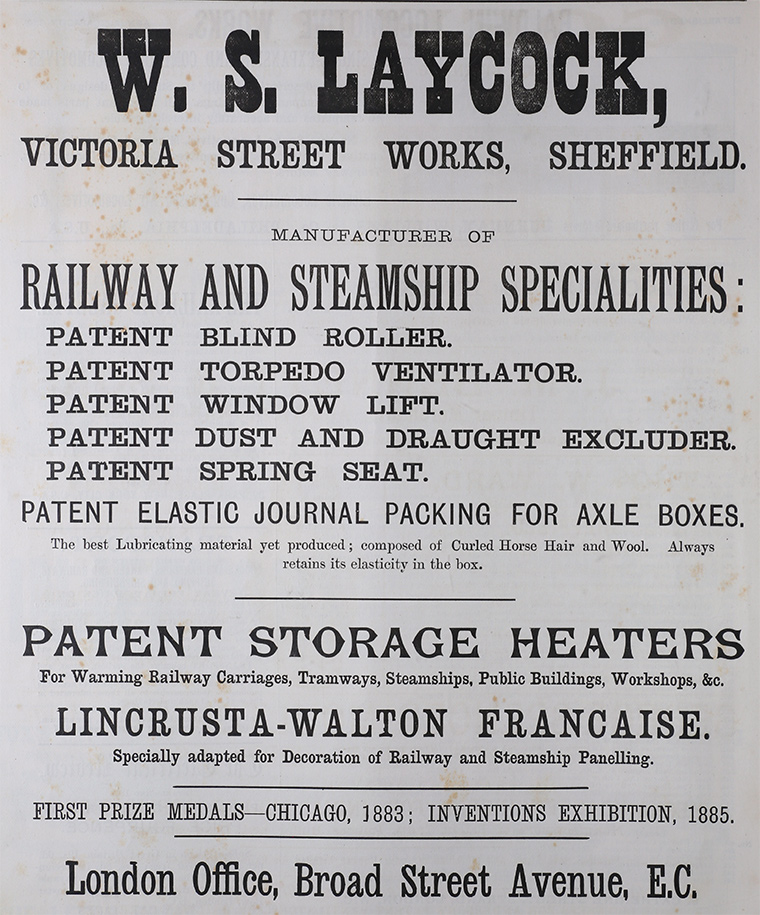 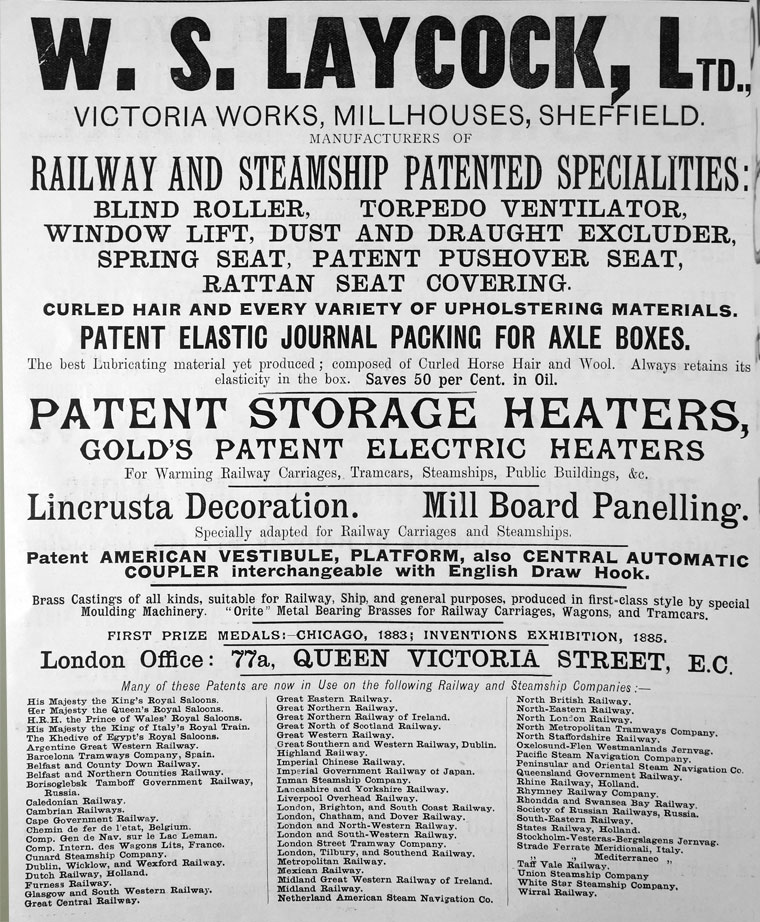 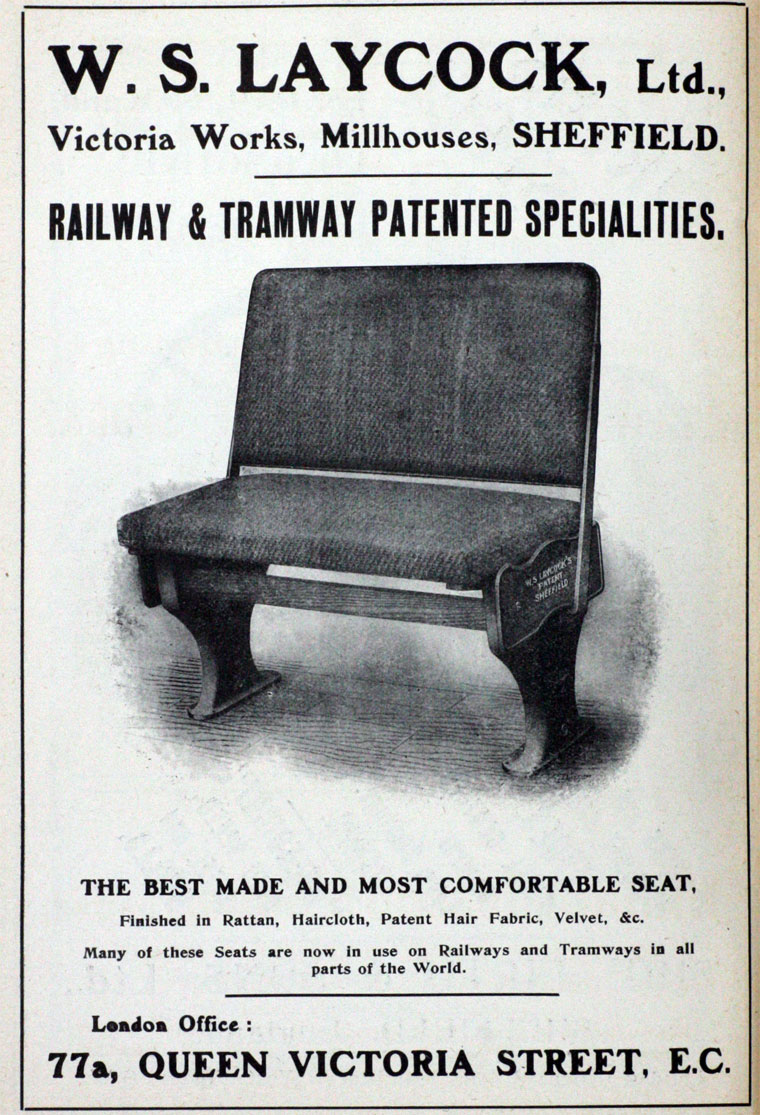 1900 Incorporated as a limited company. Supplied equipment to every railway company in the world, the main specialities being carriage blinds, buckeye automatic couplers, vestibule gangway connections, and steam-heating equipment for complete trains.

1902 After several enlargements, works were opened at Millhouses, adjoining the Midland Railway.

1917 the firm secured a contract to produce aircraft engines, which necessitated the building of an additional large machine shop, tool room, etc.

1919 Commissioned an engine works for cars, which had been established during the war to make aeroplane engines[5]

1920 In conjunction with the Charron Company of France, produced the Charron-Laycock light car.

Because of the slump in the early 1920s, car production was discontinued.

At some point the business became Laycock Engineering Co