Grace's Guide is the leading source of historical information on industry and manufacturing in Britain. This web publication contains 144,944 pages of information and 230,620 images on early companies, their products and the people who designed and built them. 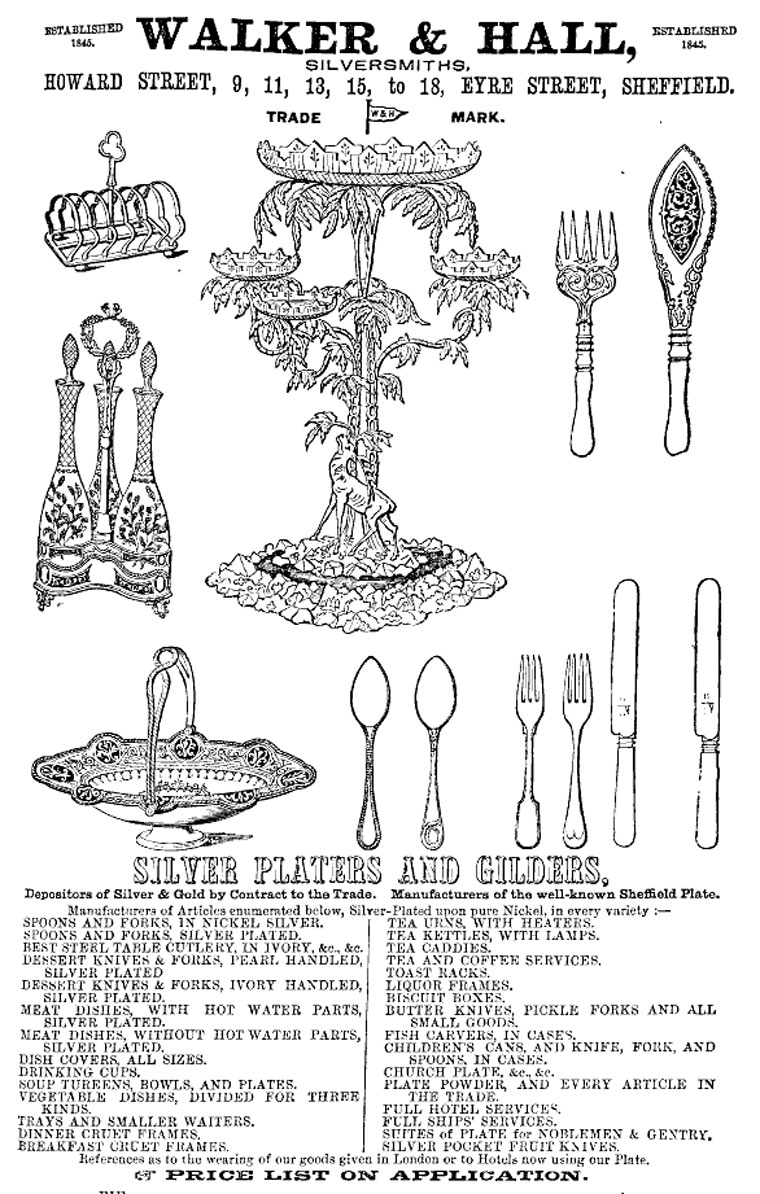 Walker and Hall of Electro-works, Howard Street, Sheffield were silversmiths and cutlers

1853 Company founded when Samuel Coulson left Walker, Coulson and Hall, which continued as Walker and Hall.

1900 Charles Henry Bingham, a partner in the firm died in October. [6]

1914 Manufacturers of gold and sterling silver goods, cutlery and electro-plate. [7]

1956-64 Peter Inchbald was the Managing Director

1963 Delta Metal Co and Mappin and Webb formed a joint venture, British Silverware, to hold their interests in tableware products (but not retail). Included the acquisition of Walker and Hall[9]